Also known as delicious milk caps. Saffron milk caps are a group of edible wild mushroom enjoyed in Europe, but are not as widely known in North America.

I harvest a few different varieties. If you're new to these mushrooms, check out Saffron Milk Cap Mushrooms: Identification, Harvesting and Cooking. 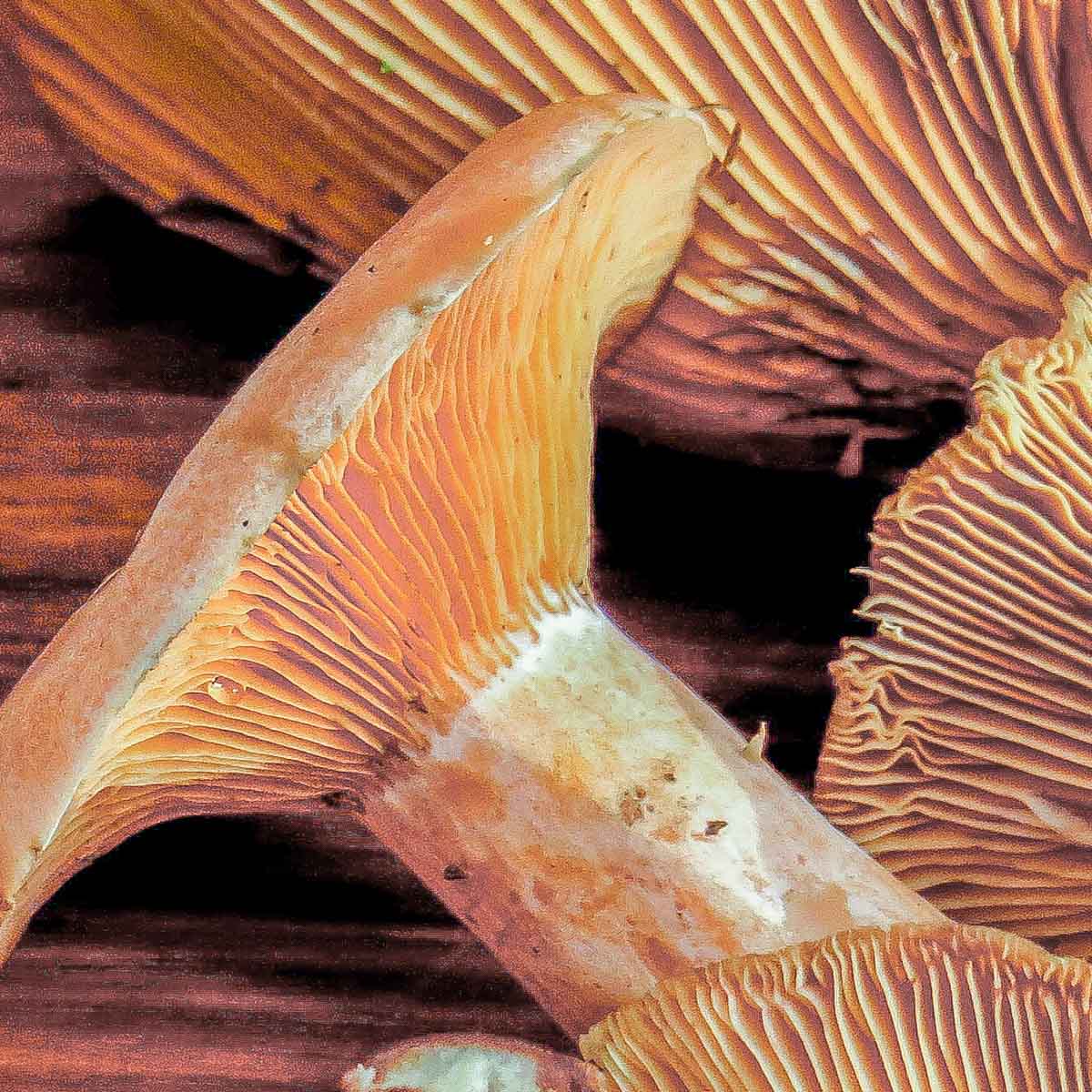 A large variety of saffron milkcap I pick with white pine.

These are loved in Spain where they're  known as niscalos, rovellones, or simply setas. They're commonly sold in farmers markets during their season.

There's a nuber of different types you might come across, including a few harmless look alikes. In Europe they have bleeding milkcaps, which give off a red latex when cut. 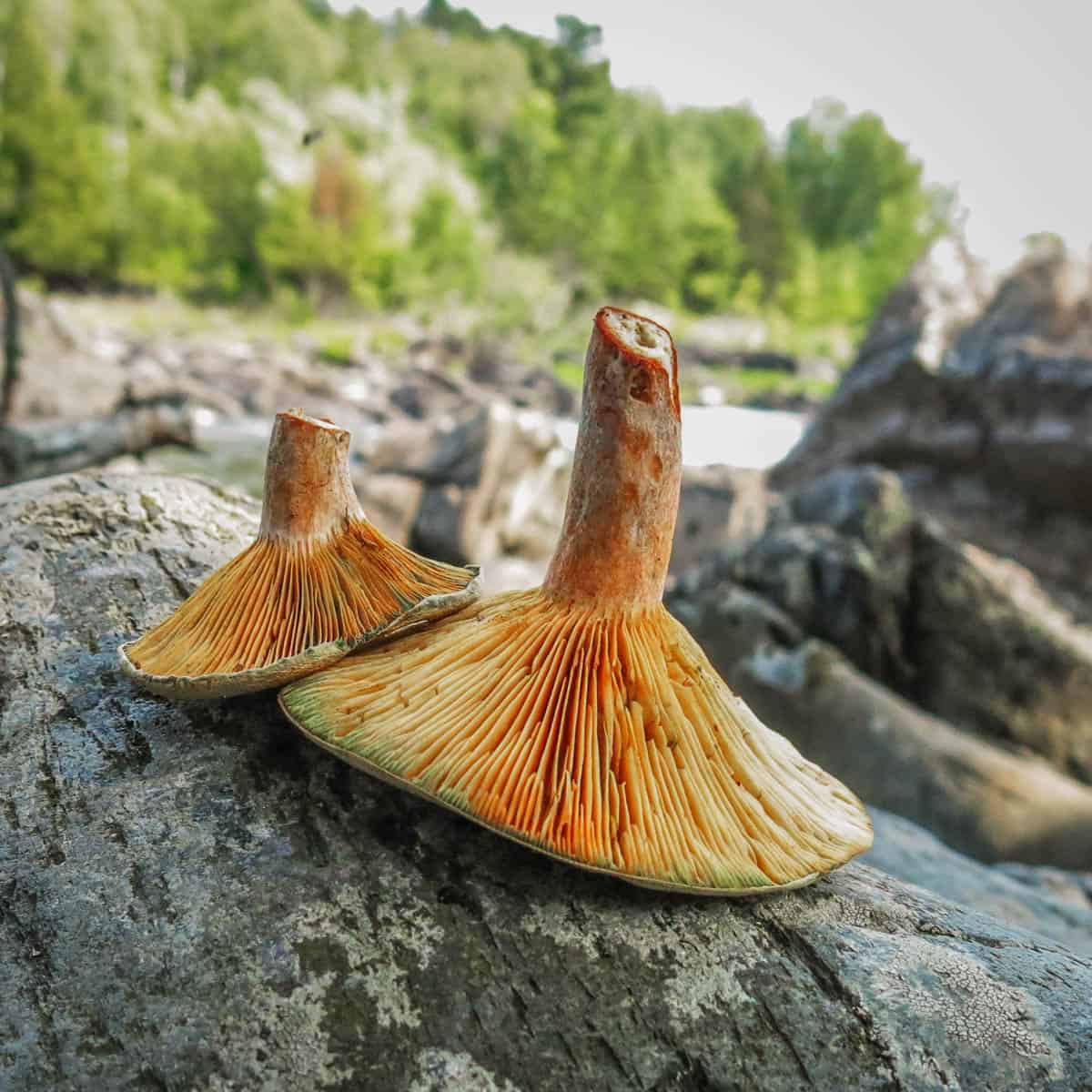 Lactarius salmoneus is one milk cap I harvest. notice the green staining on the gills and the edges of the cap.

In North America, I harvest a few different types of Lactarius deliciosus, as well as my favorite Lactarius thyinos, which is smaller, but less prone to bugs and doesn't stain green. I enjoy all of them. 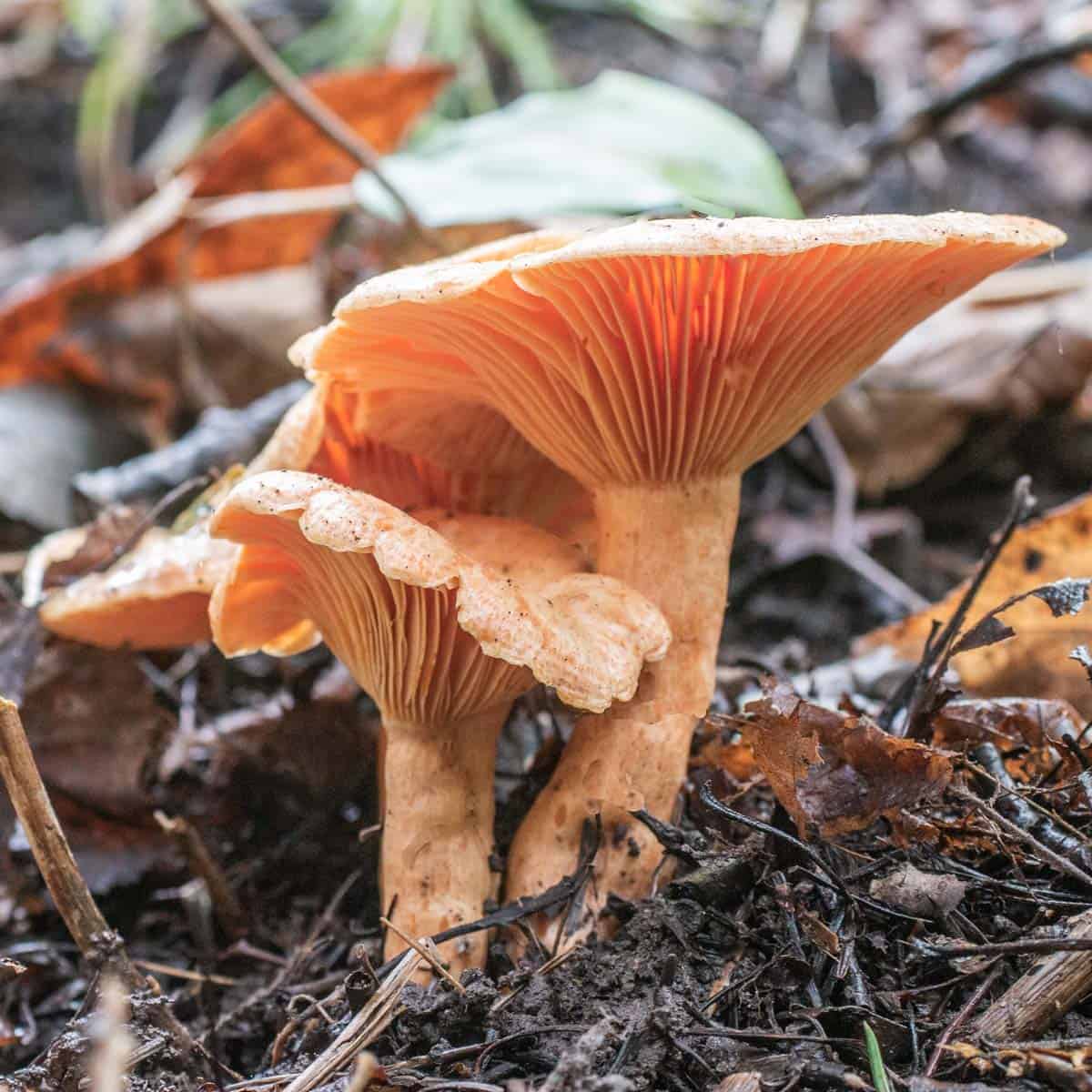 Lactarius thyinos is my favorite species.

The most traditional recipes usually involve the mushroom caps only. The stems are removed so the caps will lay flat. They're cooked a la plancha or on a griddle and sprinkled with garlic and parsley after cooking.

Fricando is an old mushroom recipe from Spain. 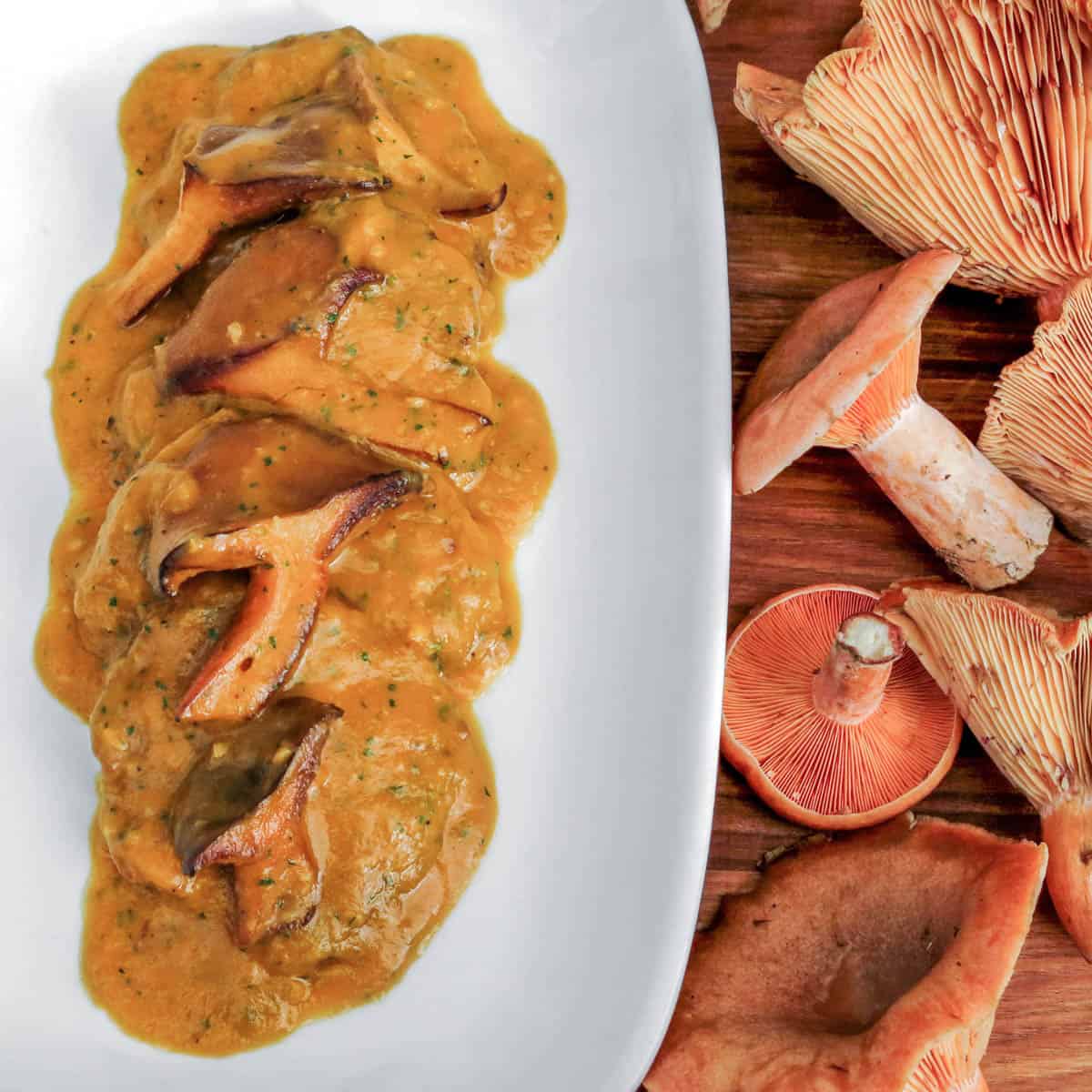 Veal fricando is one of my favorite recipes. You can use chicken.

Thin cutlets of veal or another meat are quickly sauteed, and stewed with a sauce of mushrooms thickened with ground almonds. Think of it like Picatta's hot cousin.

These can be sauteed and cooked from fresh like any other mushroom. They're also pickled in brine or vinegar, but they will become slippery and mucilaginous after pickling. 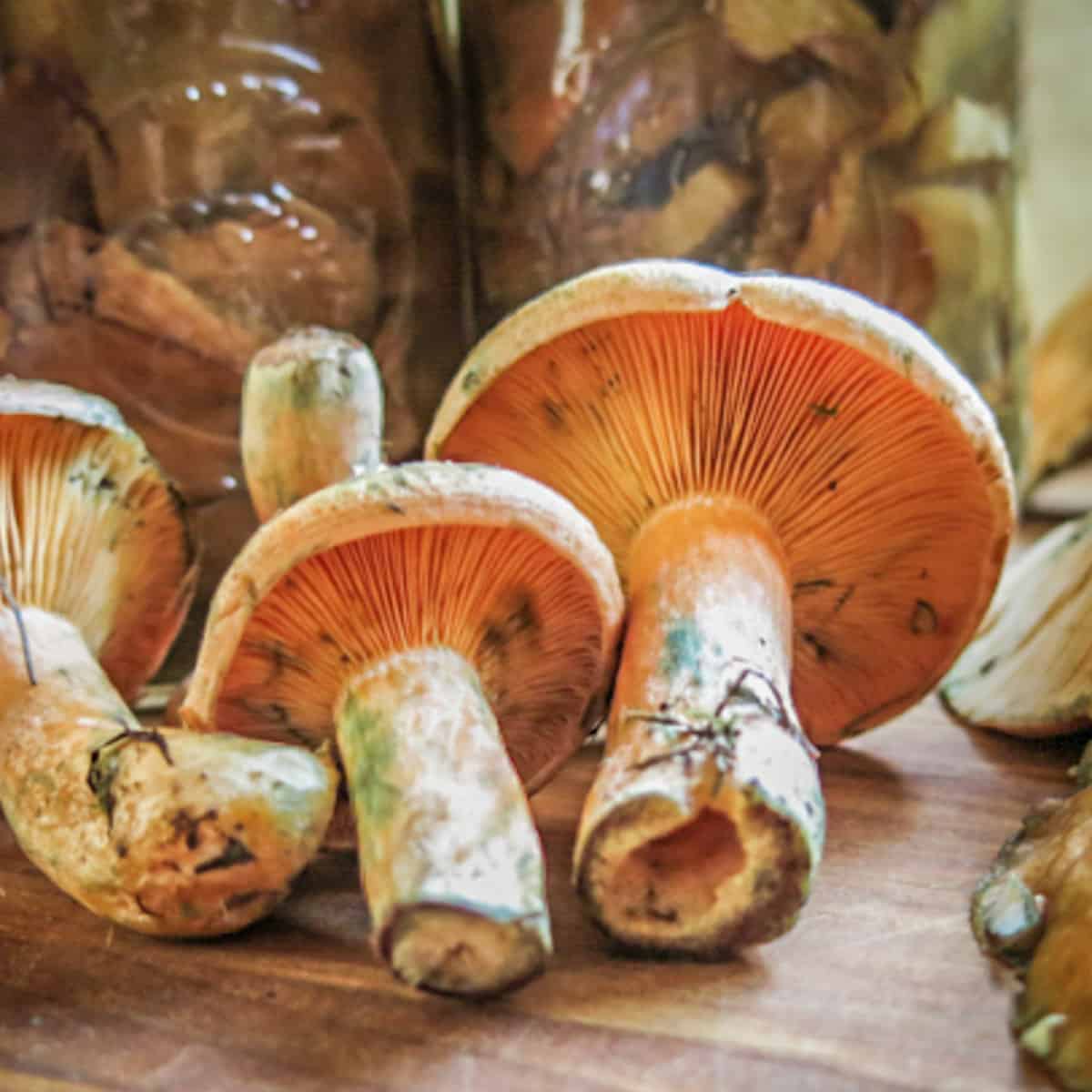 You can pickle these and they'll keep the orange color. You'll need to be gentle to avoid green staining with many varieties.

Rinse pickled milk caps before using, or add them to a mushroom soup or a sauce. I like them best in sauces and sautes.