I never dreamed talking to the open air would connect me with mushroom hunters from around the world, but it did. I used to be a little self conscious talking about my hunting "habit". It's just that where I live in Minnesota, to the great majority of people the term "wild mushroom" refers to morels, and nothing else; if you pick something else you're probably going to poison yourself.

The internet is fascinating in that it allows us to see what's happening, not only in our own backyard, but in someone else's on the other side of the planet; It's pretty cool when you think about it. One of the first people that reached out to me was from Turkey. During late fall 2013, when the lactarius season was at it's apex, I talked about the first saffron milkcap patch I had discovered in Minnesota.

I had thought saffron milkcaps to be a rare novelty: maybe I would see one or two, and those would be filled with bugs. A few days after I discovered a true vein of them, I put up a fun story about hunting them with some Russian Immigrants in the Twin Cities.

Almost immediately I got a message from a Turkish man espousing his love for saffron milkcaps. He said that in Turkey their words for it are "Kalinka" or "The Bloody One", which was interesting.

Now the saffron milkcaps I find in Minnesota give a bright orange latex, and turn the same color when sliced, so they don't really remind me of being bloody or red. I knew that another milkcap exists though, once that does give off a blood-red looking latex when cut. It's a bit of educated speculation, but I assume the milkcaps the Turkish man was referring to were not the Lactarius delicious I was picking, but Lactarius sanguifluus, which is said to be far superior.

Feeling a little inspired, I knew I had to do some research into how these might be prepared in Turkey. Like I usually do when I am translating recipes in Italian or French, I looked to google translate, found the word mushroom in Turkish, and started to do some searches. 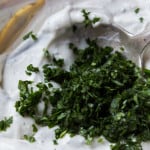 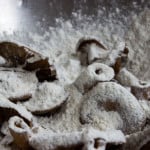 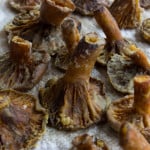 The Turkish recipes I came across in my culinary library and uncovered though looking around online showed that they like to finish cooking mushrooms with lemon.

I also know they rely heavily on yoghurt as a condiment, and have a fondness for using cumin seed. Most of the time it seemed like Turkish mushrooms were simply fried or sauteed, unlike their use in Basque and Catalan cuisine, where they are the stars of traditional dishes like Arroz' a la ampurdonesa. (These are especially prized in the Iberian peninsula, depending on location they will be called these three names: rovellons-Catalan, nizcalos-Basque, or just setas/mushrooms-Spanish)

I know too that olive oil is heavily used in Turkish cuisine too, so here the mushrooms are fried in a ⅓ mix of extra virgin and flavorless oil. Contrary to popular opinion, you can cook with extra virgin olive oil, you just have to cut it with other oil that has a high smoke point to avoid scorching and burning. The flavor of cooking with mixed oil like this is great, and is a technique I learned of from my years spent cooking in Italian restaurants.

Cheers to my Turkish mushroom hunting friends, also to my Australian ones who are hunting these as we speak. If any of you guys have more fun recipes you like to add lactarius species to, send them my way; I'd love to see them. 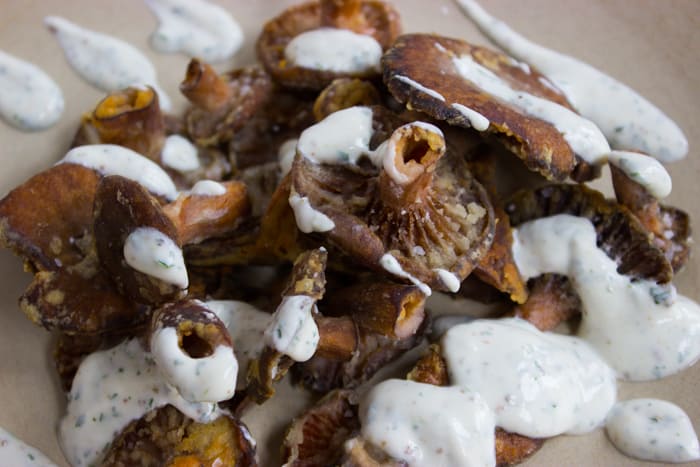 Serves 4 as an appetizer 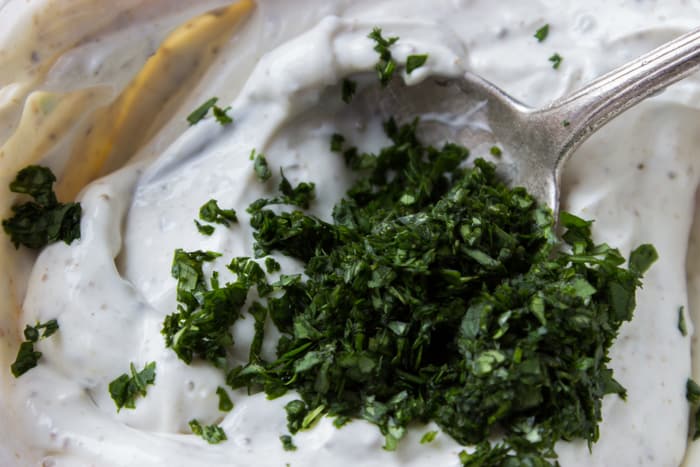