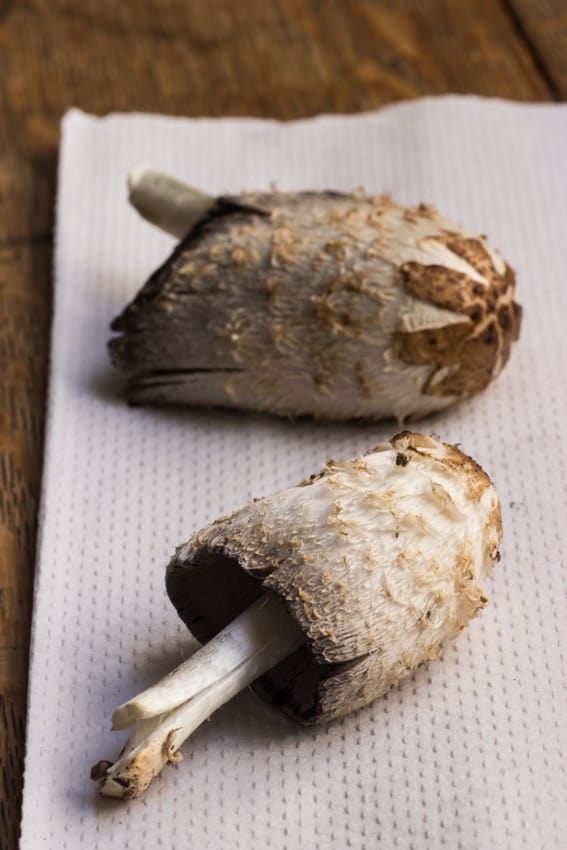 The Shaggy’s, aka Coprinus comatus. Sometimes I find people who don’t even like mushrooms know these. They were one of the “fool proof four” that University of Minnesota professor Clyde Christiansen talked about in his 1943 book Common Edible Mushrooms, the others being chicken of the woods, giant puffballs, and morels.

I agree shaggy manes are pretty easy to pick out, but there are some small inky cap mushrooms around they can be easily confused with. The word “inky cap” is used to describe many species from the family coprinus, they are alike in that when they get mature, they start to turn into black goop. Here are some basic things to know that set shaggy manes apart from other inky caps from my experience:

From a safety standpoint, I don’t think these pose much danger to casual forest diners at all, but you should know that some inky caps have been known to cause a reaction when consumed with alcohol, which could be ingested days before or after the mushroom is ingested. There have been reports of people having reactions with alcohol and shaggy manes too, but it’s never happened to me.

I see these in the late summer fall along hard, packed trails, in lawns, and in disturbed areas. Once you find a place where they grow, go back the next year for more. Every year, without fail, I know there will be a patch of these in a pottery booth at the Minnesota Renaissance festival I go to. The potters don’t mind that I pick them intending to bring them home and eat them, but I’ve gotten some weird looks, that’s for sure.

Can you drink alcohol with shaggy manes?

Yes, shaggy manes don’t contain the compounds that react with alcohol, although it’s possible for individuals to have allergic reactions to mushrooms, even if they’ve had it before, for example, I know of anecdotal reports of people developing allergies to morels when consumed with alcohol, and some people develop allergies over time. But, I’ve never had a problem drinking alcohol with them, and I don’t know anyone who has. If you have, post a comment.

These can be a difficult mushroom to work with in the kitchen. It’s not that they don’t taste good, they’re fantastic, and are kind of unreal when you see how large they can get; it’s like eating something out of a fairy tale. The problem is that their shelf life is very short, and that they don’t take abuse rumbling around in a bag very well-they’re delicate.

Jostled or bruised a couple times shaggy manes will start to get wet, soft, and dark. Eventually the darkening (something called deliquescing) will  liquify the entire mushroom, starting with the cap, into an inky substance that coincidentally used to be substituted for ink, hence the name inky cap. Since they used to make ink from the decomposing black goo, you can just imagine how it’ll stain things, including your hands. 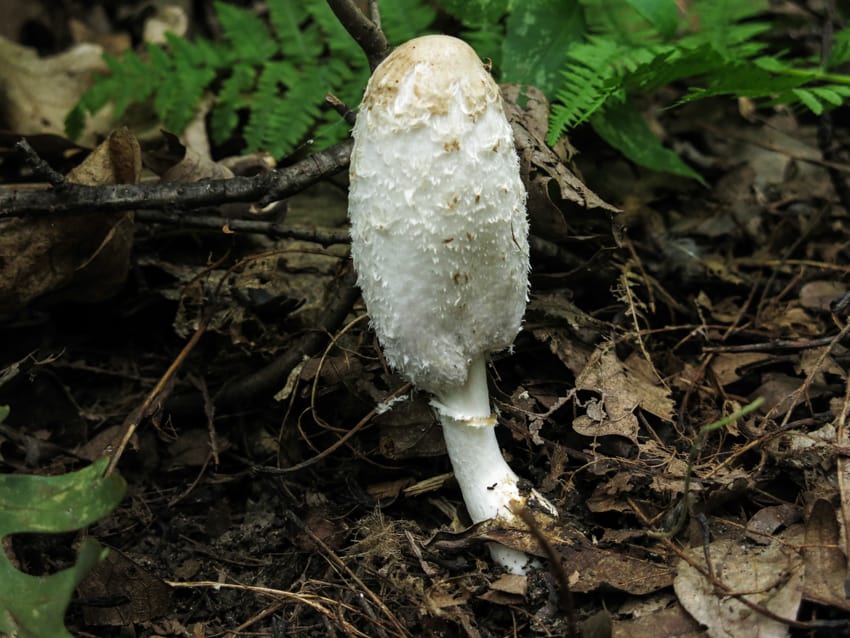 Something interesting happens when the mushroom begins it’s transformation into a puddle of black goo though, the flavor changes slightly, becoming intense and aromatic, something you could describe as being more “mushroomy”. I read a great little book awhile back called Chanterelle dreams, amanita nightmares. Deep in the book there was a sentence or two where the author described making a black dough out of the mushroom goop shaggy manes turn into. 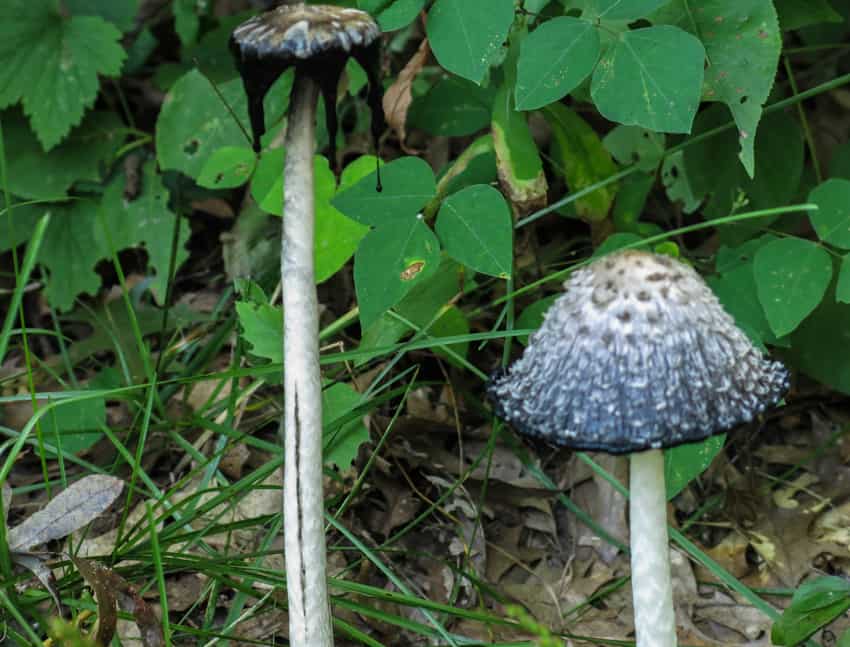 To me, taking deliquesced shaggy manes and making pasta dough is a great example of a resourceful use of a mushroom someone else might call garbage. I’ve made the dough a couple times since I read the book, and it’s great, especially cooked in a mushroom broth. The only drawback is that it takes a decent number of shaggy manes to make a pound or so of pasta dough. You could use other inky caps turned to goo, and I know people who use them in the kitchen, but I’d advise a little caution due to the alcohol allergy part-I haven’t tried it with them and I like beer, so you’re on your own for the time being with that.