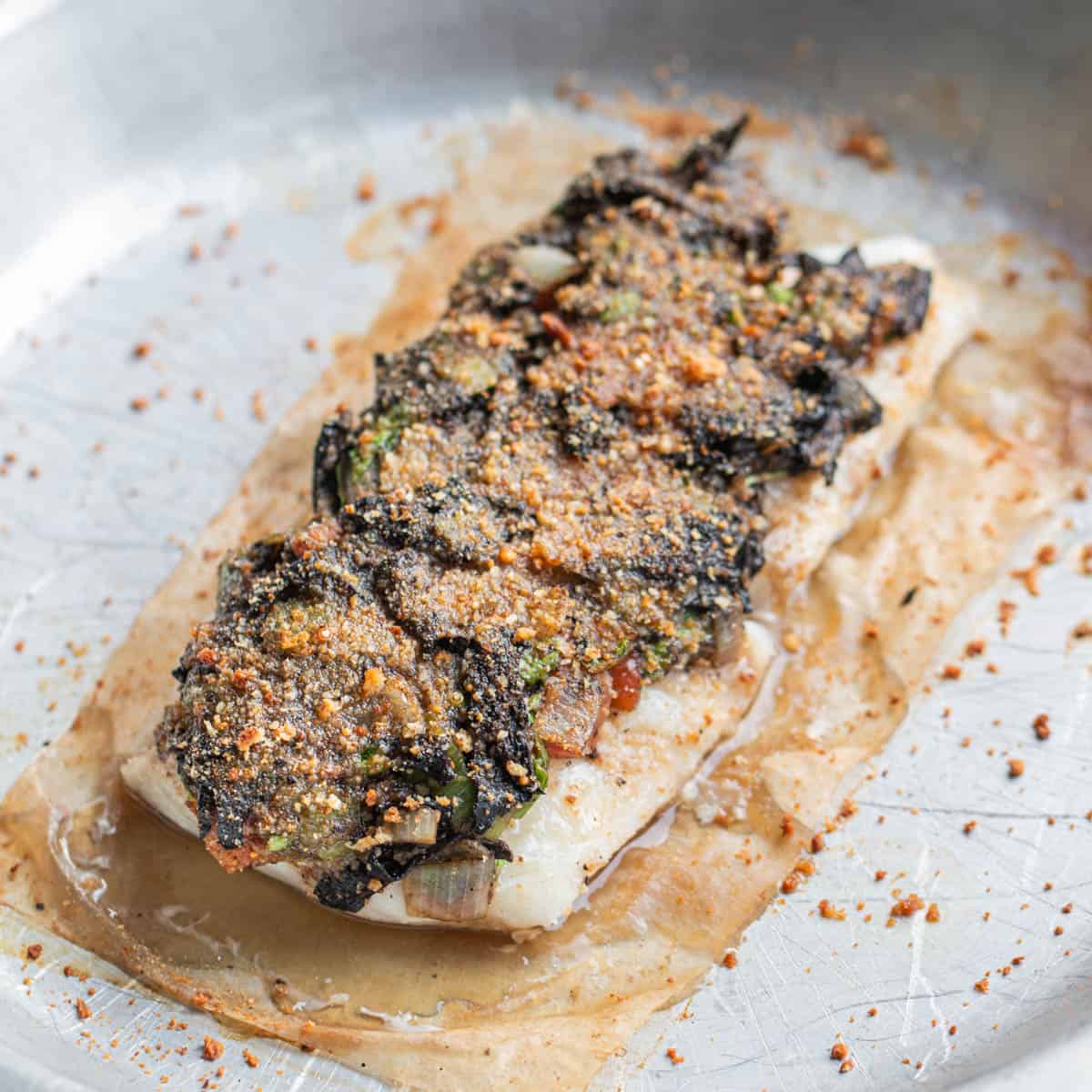 When Sitka Salmon sent me loads of fish to cook with this year in preparation for a project we were working on, I started working on a few great ways to use frozen fish, especially white-fleshed fish like black rockfish and cod. Making a topping with dried black trumpets, leeks and tomatoes was one of my favorite preps on the first round of things I made, and it is a great method you can apply to lots of fish, using a number of different wild mushrooms. 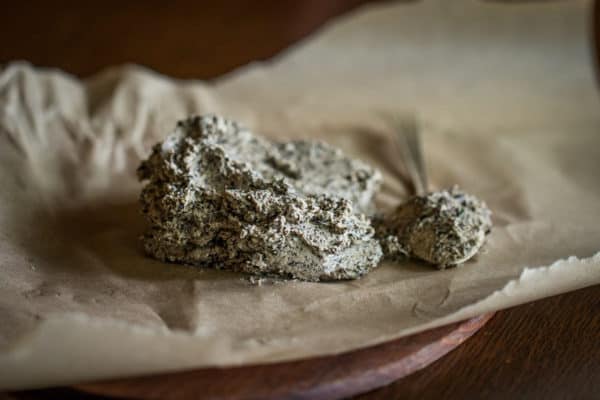 This recipe uses black trumpet butter, along with fresh trumpets, but regular butter is ok too.

Black trumpets take well to a lot of preparations, but one of the best parts about them is that they dry and rehydrate like a dream, making cooking with dehydrated ones really easy, so they were the first mushrooms I reached for here. Other mushrooms with a similar structure like yellowfoot chanterelles, as well as things like porcini could work well here too though. 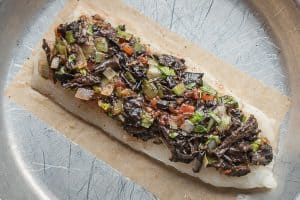 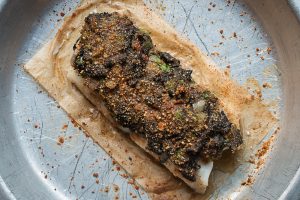 The recipe itself I started working on after I was flipping through an old book by Swiss chef Fredy Girardet, a favorite chef of mine in the world of old-school masters. The dish had no image, but I could see it in my mind. It was just a simple dish of freshly caught white fish (bream I believe) baked with a topping of freshly cooked garden vegetables referred to as a crust. 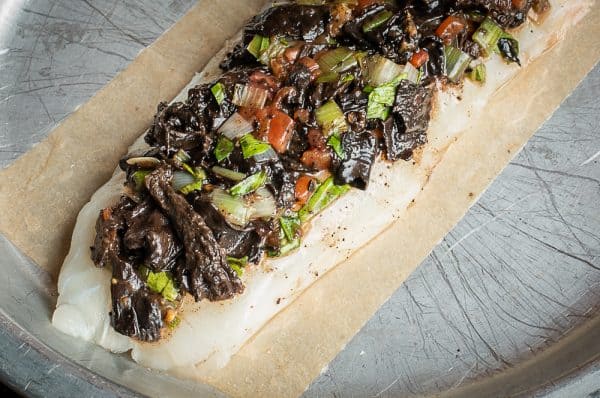 The "crust" is more of a juicy mushroom and vegetable topping than a crispy, crunchy something.

In America we hear the word crust and think crisp, or crunchy, but here it's used more in the sense of a juicy topping that keeps the fish juicy as it cooks. Tweaking it around a bit wasn't difficult at all, and the black mushrooms make a great contrast to some white fleshed fish.

It's a great way to use some dried mushrooms, and you could use the topping on a number of different things, for example: 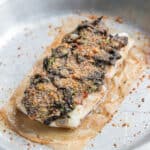