in France chanterelles are treasured in a simple omelet, or as they call it: omelet aux girolles. I've gussied the traditional one up a bit, but at the end of the day, all you really need is some mushrooms, a little creme fraiche or cream, some herbs, and a couple eggs.

So I know that chanterelles were used classically in omelets, but I wanted to see if there were any tricks or different ways they are traditionally prepared. I searched around online for "Omelet aux girolles"-"Omelet with chanterelles".

I expected a decent number of results, but was totally blown away with what I got, recipes including everything from herb puree sauces, to unsmoked ham, creme fraiche, sour cream, even bell peppers and bacon.

The most important thing that I saw wasn't a recipe method though, it was in the picture examples. Searching for omelet aux girolles gave me pictures that really spoke to what I have to assume is the original way to prepare the dish.

The French sources more often than not had a thin, open-faced omelet, decorated all over with chanterelles, as opposed to some rolled up omelet with chanterelles in it, as we would naturally think of in the U.S.

Another thing to mention is how the chanterelles are prepped for cooking, or, rather the lack there of. This is something to make with whole small buttons, say, the first squeeky crunchy ones of the year. You could make it with larger chanterelles, cut up, but it really isn't the same.

Cooking chanterelles, especially young buttons whole, is part of what makes chanterelles, chanterelles. Whole chants keep their texture and flavor better, and have a really appealing look, it really puts them in a class all of their own, and is why buttons are preferred by chefs like myself.

Originally, when I made this dish, it was just mushrooms in an omelet, as pictured above, and if you want to make that it's great-no problem there. 6 years later I re-imagined the dish, and added some fresh greens, which I prefer over the naked omelet, but, i'm including the older picture above so you can see the evolution this dish (and post) has undergone.

It's really simple: one egg, a few herbs, a dollop or creme fraiche or sour cream, and, the smallest chanterelles you can find. If there was ever a place to use the first chanterelle buttons of the season, it's here.

The herbs can be a blend of whatever is available, but they need to be soft, delicate herbs, and they need to be fresh, no compromise there. Think parsley, tarragon, chives, chervil. Rosemary, sage, dried herbs, even thyme, aren't the right sort of thing to use here. 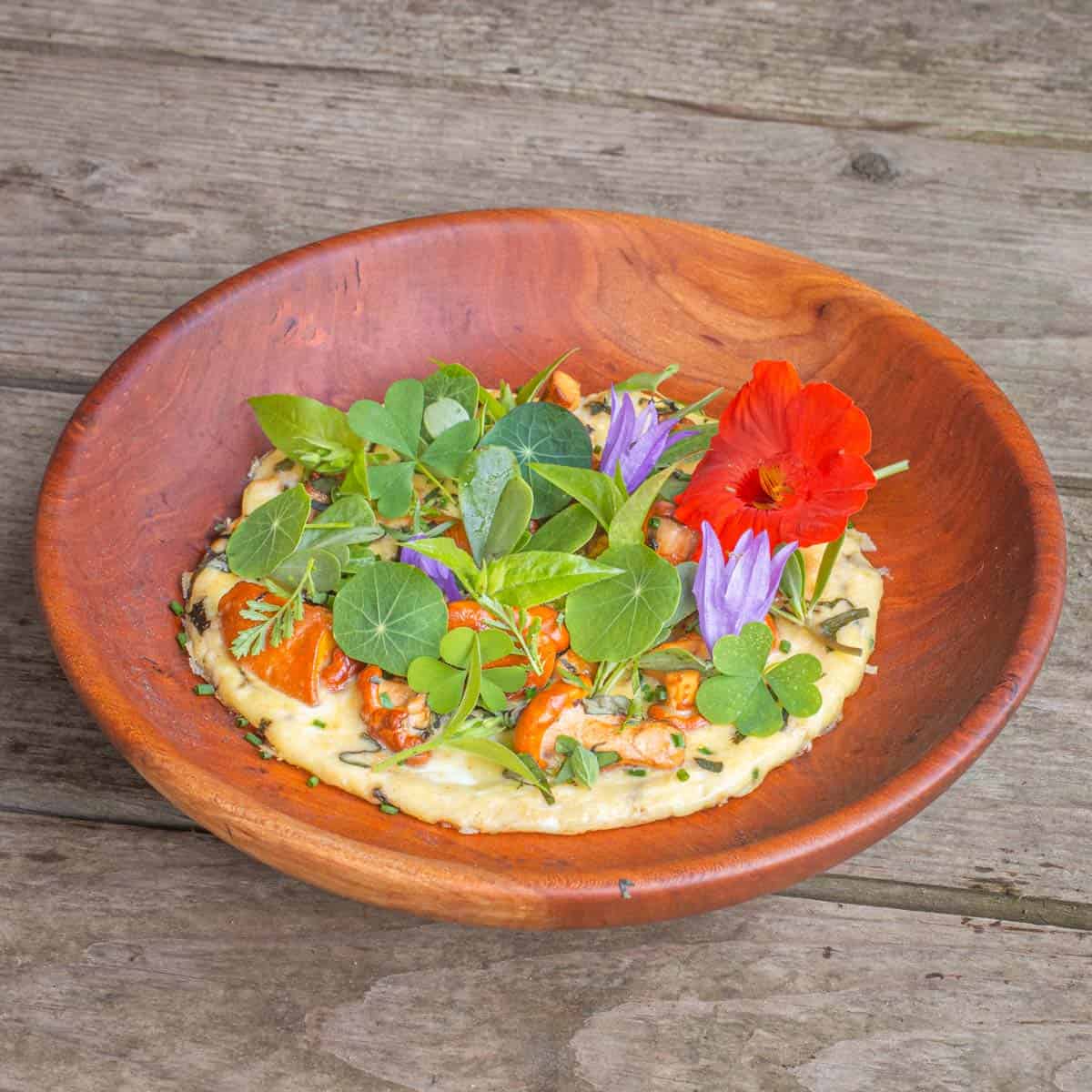 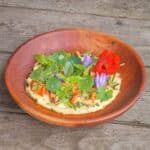