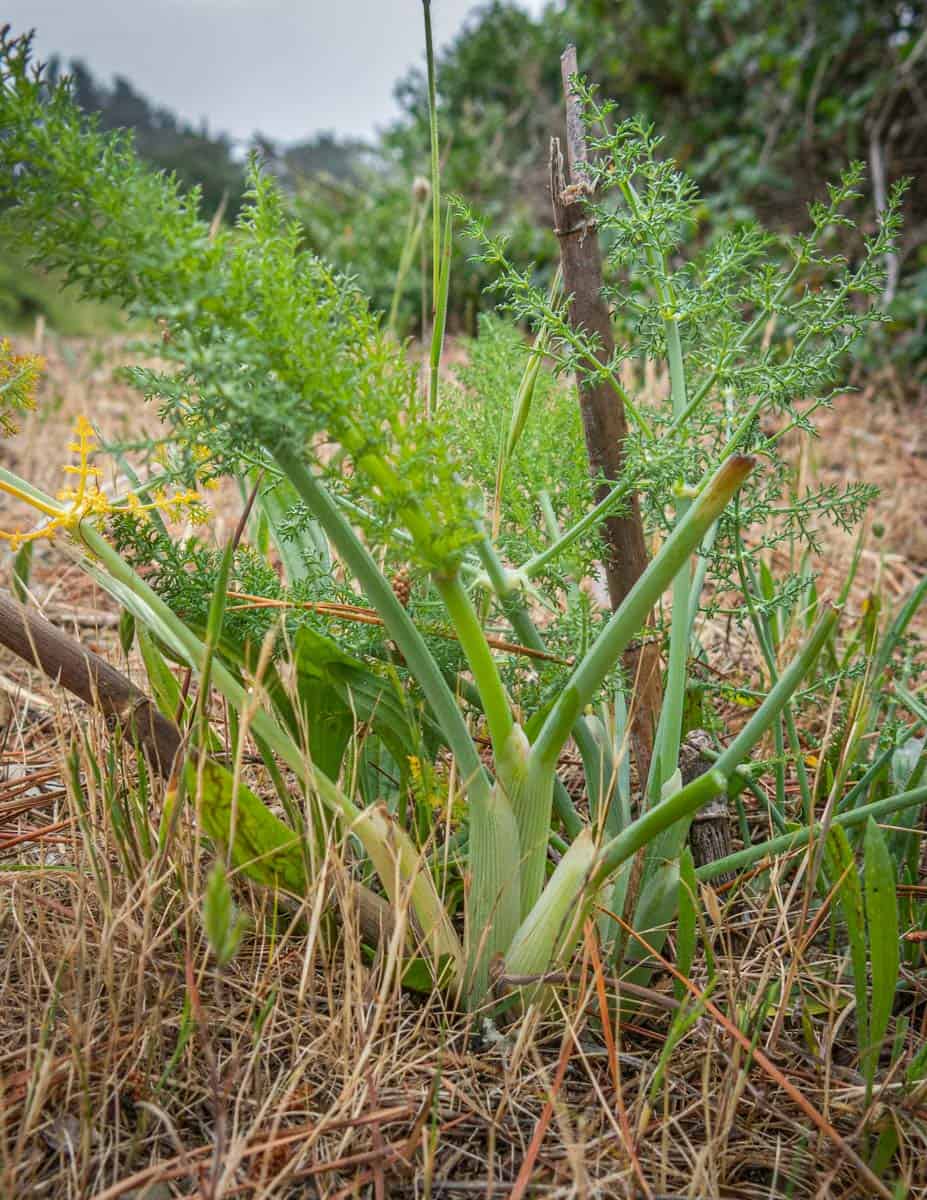 What’s that on the side of the road? Is that fennel? In the ditch?!

A few years ago I took a much needed break after opening a restaurant to do some food tourism with my girlfriend  San Francisco around April if I remember correctly. Aside from dinners, which were great (especially Saison, and Coi), I planned to go on a couple hikes even though the Spring/Summer on the west coast is kind of the off season for mushrooms. Of course, I kept my eyes open for anything though, since I knew there could be something. 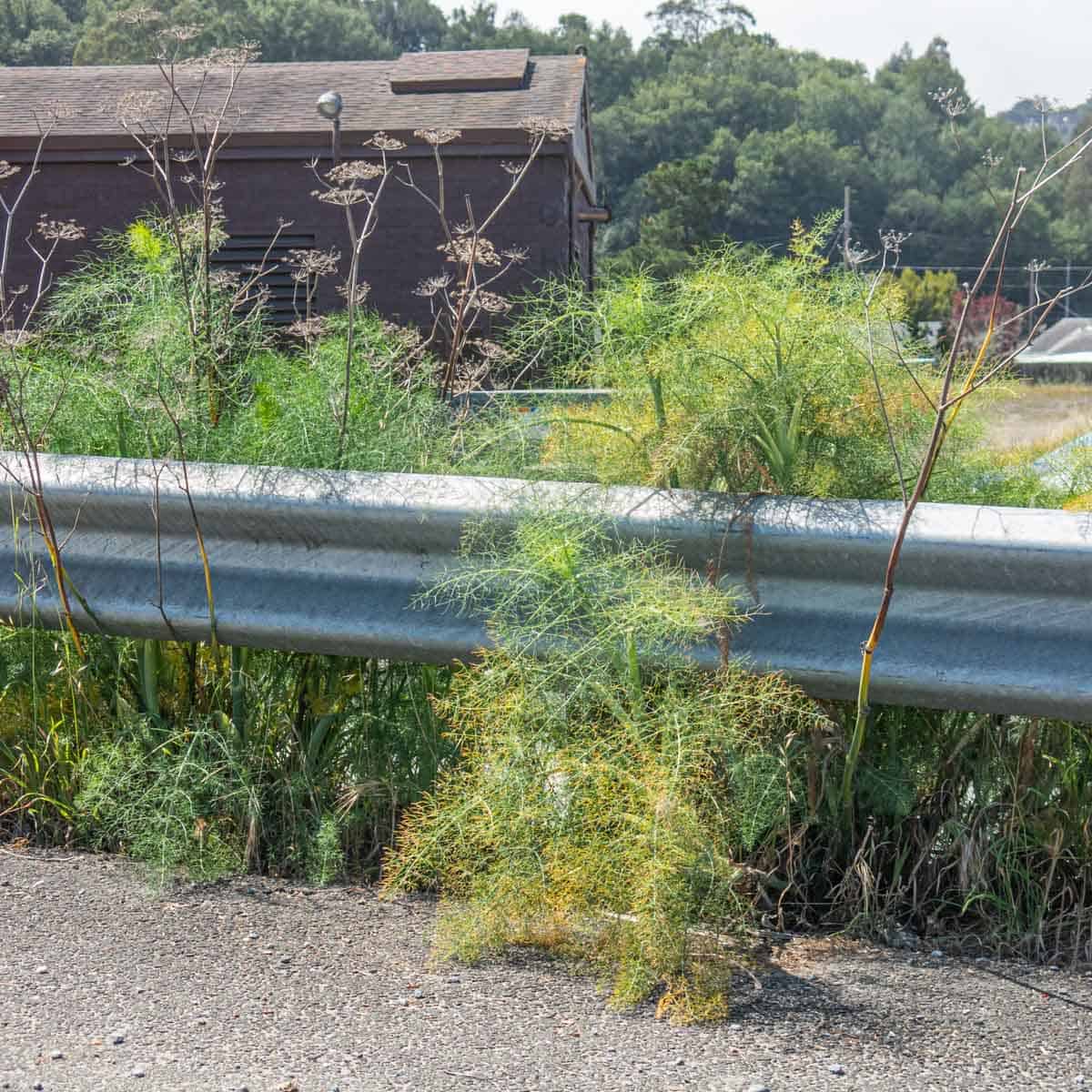 The first wild fennel I saw, it’s everywhere along the roadsides in the San Francisco area.

Driving along the coast, I kept seeing these frilly looking plants on the roadside. At a stoplight, I grabbed my camera and shot a couple pictures (above) of the plant in question for future reference. The little green shrubs looked like fennel fronds, and I was shocked to see that there was what looked like a feral bulb at the base. I thought to myself:

“If that’s not some sort of wild fennel, I don’t know what is”

Sure enough, a little armchair research verified my hunch. I knew the bulbs would likely be too woody to eat, and I’m usually not too much of a fan of fennel fronds/stems (I thought they actually tasted better than cultivated though, more licoric-ey).  There was one thing I knew without a doubt would be great though: the seeds. Besides going into my next sausage, I knew the wild fennel seeds would also be easy to bring back on an airplane, as they’re already dried. 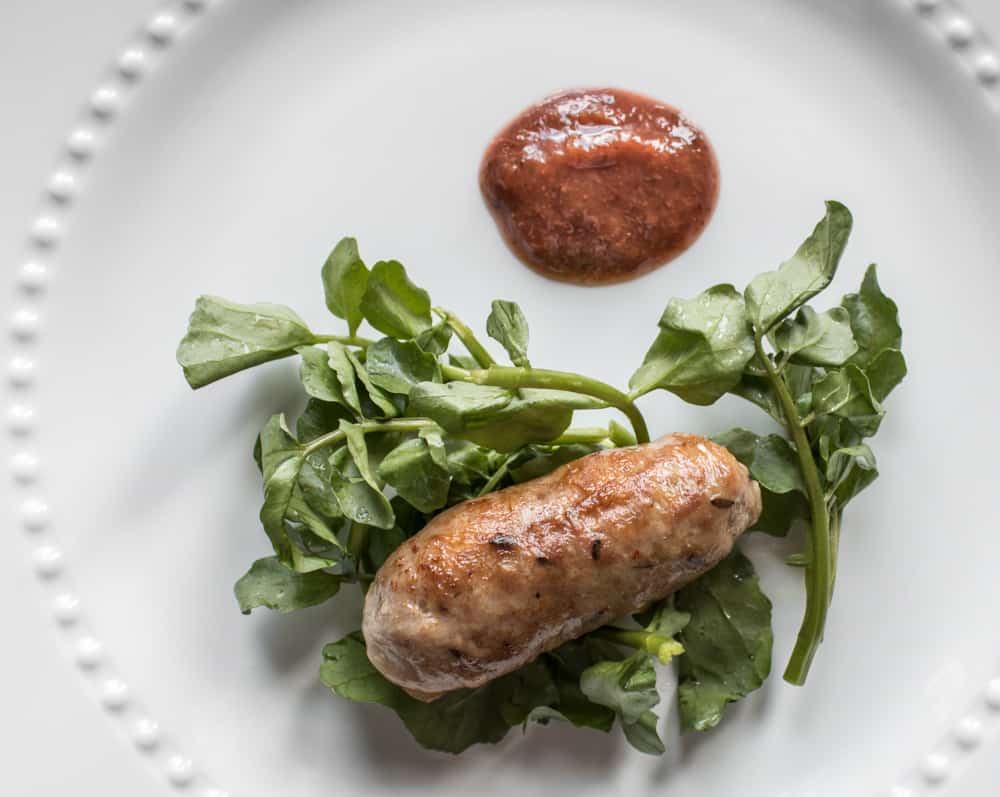 Wild fennel sausage wrapped in caul, with lightly dressed watercress and wild plum Tkemali sauce, for an event I did recently. Note how small the wild fennel seeds are.

All I had to do after I noticed the plants while we were driving was look for some plants from the previous year, in a decent spot (read as not a busy highway), and it wasn’t that hard. I hit pay dirt keeping my eyes peeled for young colonies of the plant, which I knew might be mingling with older, dried remnants of last year’s flower stalks in the shape of the ever-recognizable Apiacae family shaped umbels. The seeds dry naturally on the stalk, and with a little shake and a gentle hand, they come off easily. 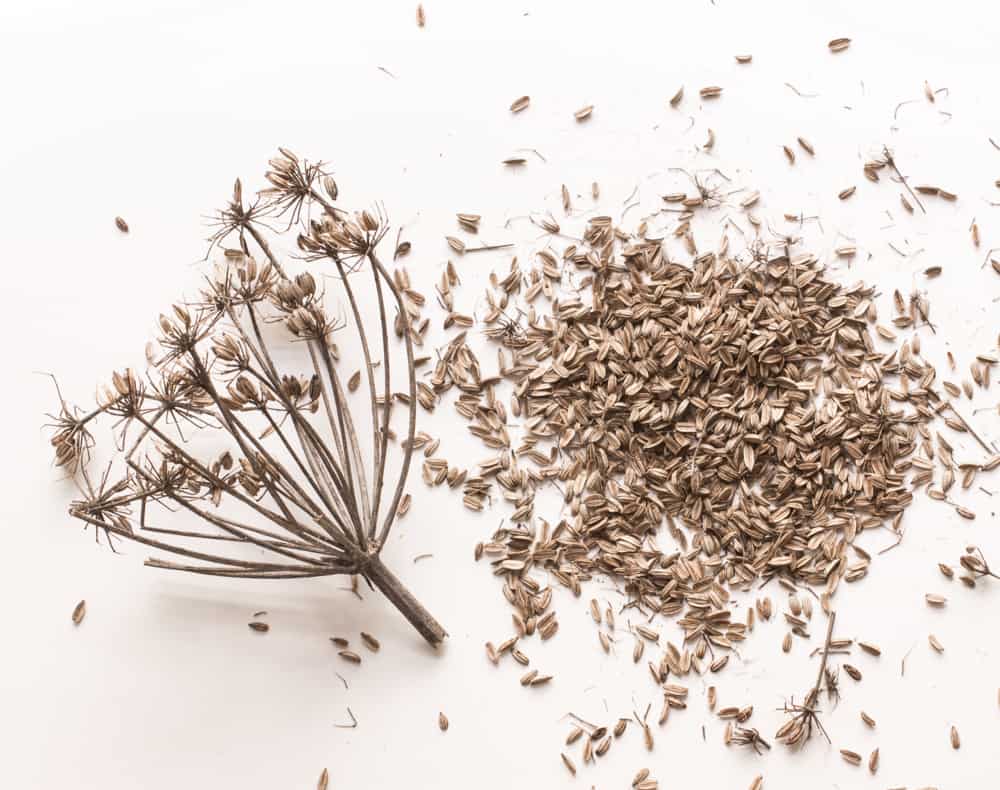 A dried umbel, with clusters of seeds. You have to be careful to remove small pieces of stem that inevitably get in with the seeds. 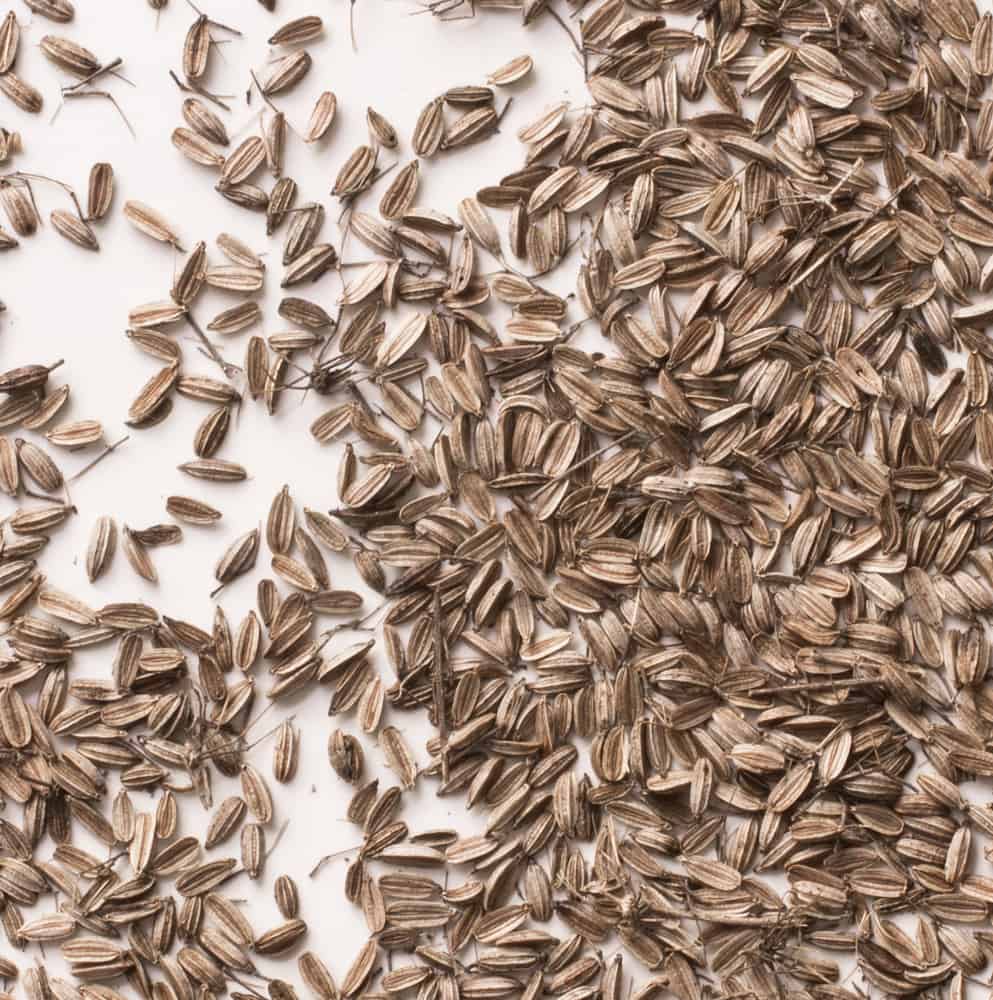 Wild fennel seeds are a lot smaller than your typical variety.

As far as flavor goes, the seeds are excellent, but you have to make sure to pick them over for small pieces of stem that inevitably get mixed in with them (see picture above). The flavor is similar to cultivated fennel seed, but a little more unique, and the seeds are smaller, similar to carraway. They’ll shine best in recipes that are simple and made to showcase them. They’re a lot more than just the seeds to wild fennel though, the plants fronds are better than cultivated, and the pollen can also be collected: an expensive ingredient that can be difficult to source.

I’d love to hear about patches of wild fennel in the Midwest if anyone’s seen any, although I know they’re not known to grow specifically in Minnesota on their own. 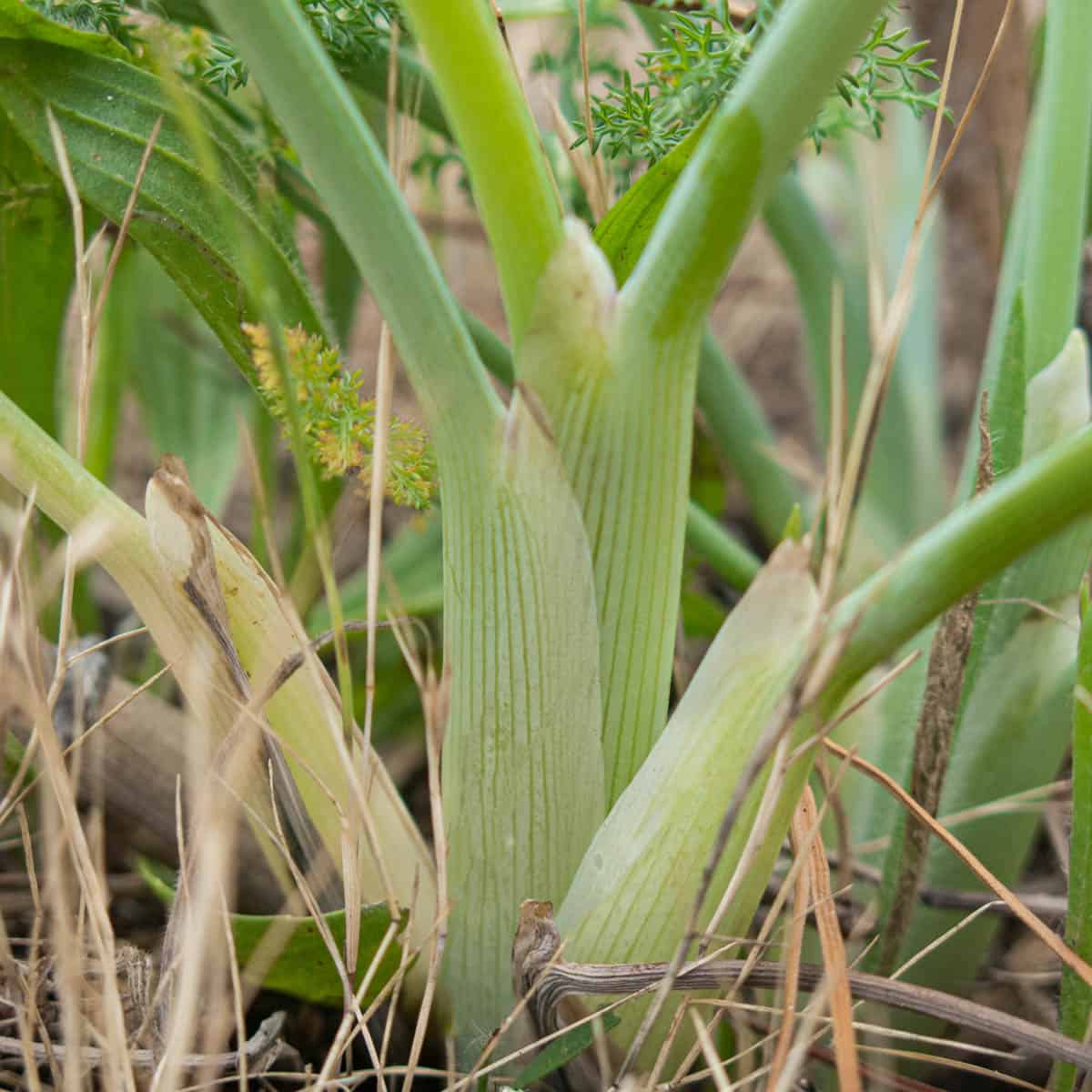