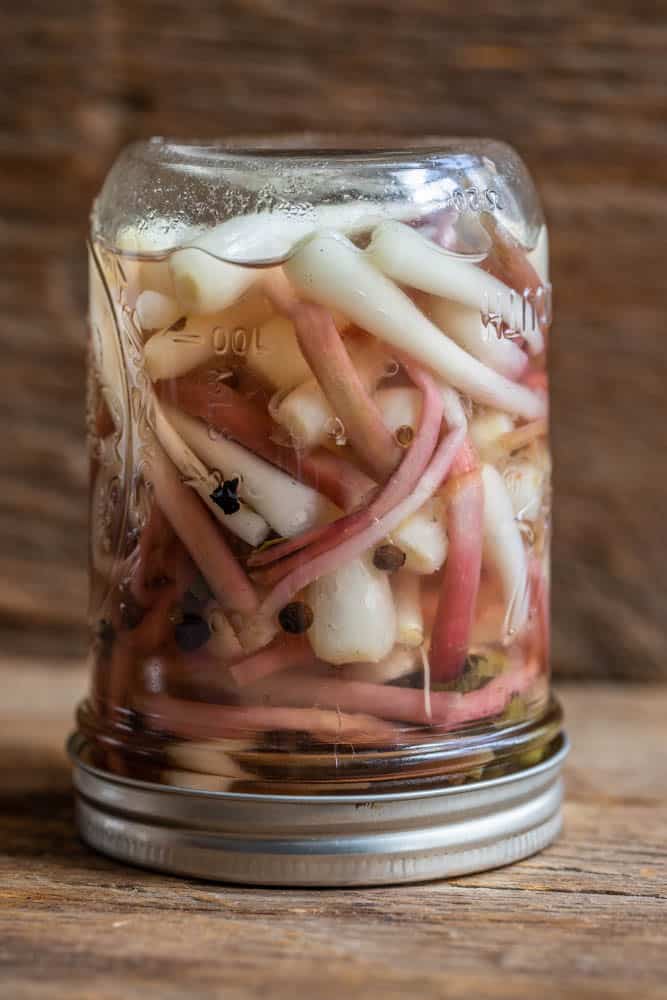 Pickled ramps are a standard, and one of my favorite way to preserve everyones favorite wild leek: put them in a gimlet, chop them up and add them to stir fry, or my favorite, chop them fine and add to aioli to make the tartar sauce of the gods, the possibilities are endless.

Essentially, this is just a simple sweet pickle recipe, to which you could add various other seasonings. There are a few things to know about pickling ramps though, so I'll touch on them briefly.

First off, ramps and garlic cannot be pickled just by pouring pickle liquid over them and processing in a water bath. What happens is the onion bulb reacts with the vinegar and turns the pickles blue. The blueing doesn't affect the flavor, but it's unsightly. To prevent blueing in your ramp pickles, you will need to first blanch them in some lightly salted water. 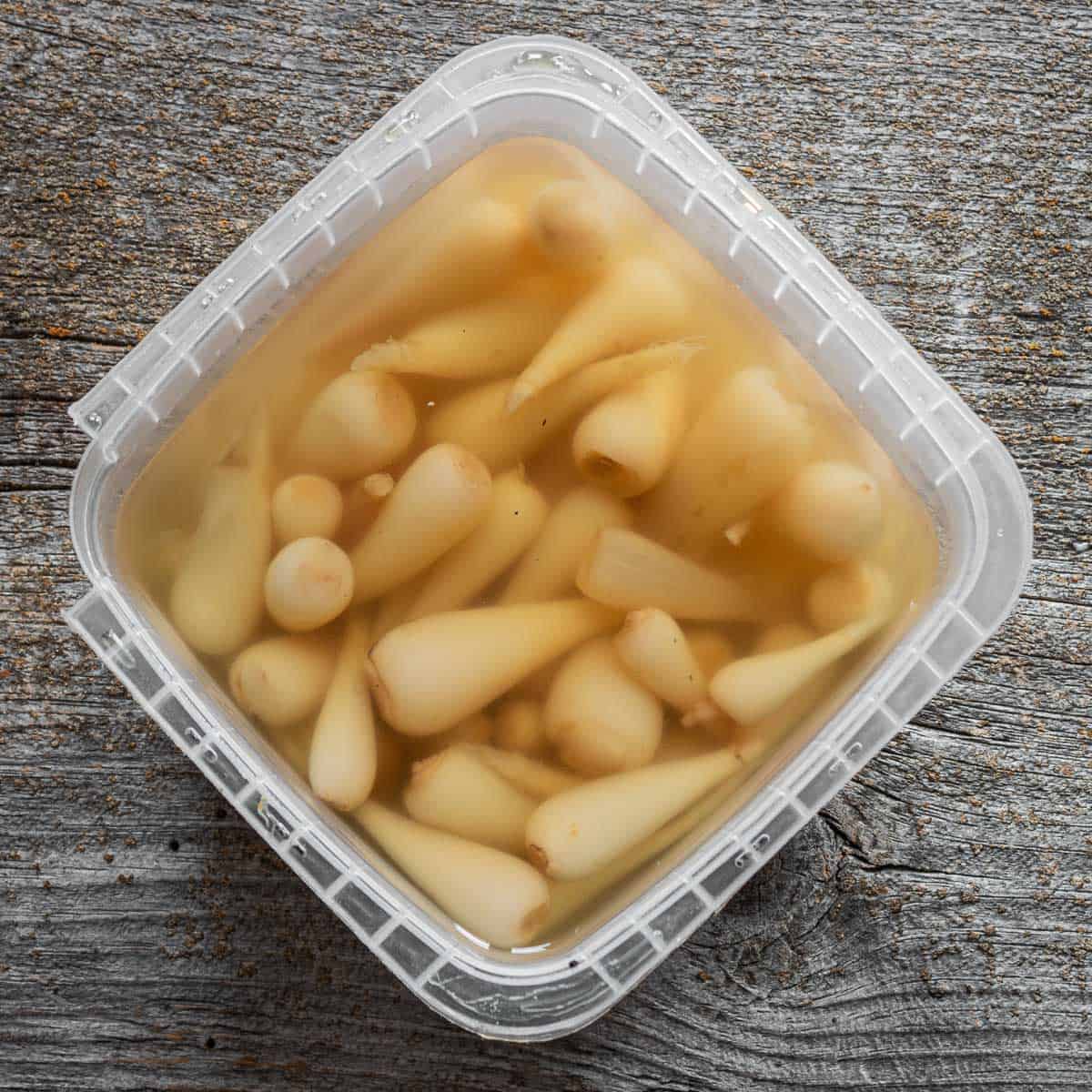 Secondly, ramps are almost like three vegetables in one. You have the leafy green top, the pink stem, and the oniony bulb on the bottom. Each of these parts has different cooking times and properties. The bulbs and pink stem can be cooked as one for pickling, but the greens should be removed and processed separately, such as in ramp pesto (see a recipe for that here). The greens turn mushy when processed or canned with a hot method, and are better off just pickled cold, like refrigerator pickles. 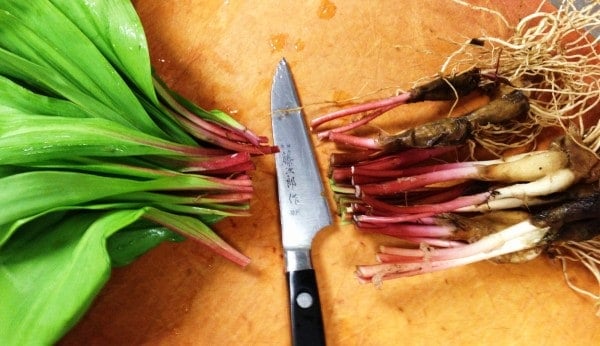 Trimming the ramp where the red stem meets the leaf. 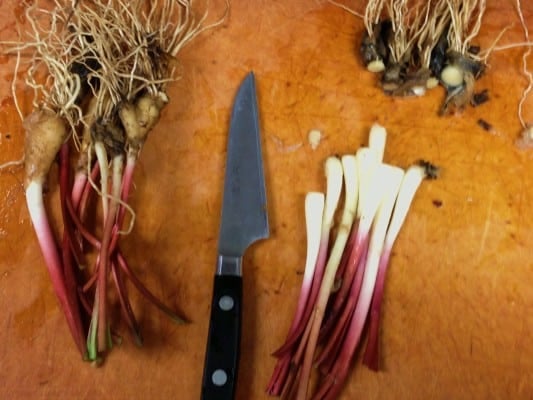 Removing the condom from the ramps and trimming the taproot 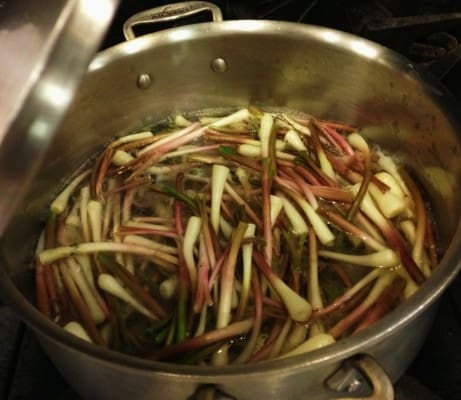 Blanching the ramps in salted water to prevent discoloration

Older, mature ramps, (see below) especially those whose leaves have died will be a bit fibrous. I like medium-age ramps for pickling the best, but I do often harvest older bulbs while I'm hunting scapes and flowers in the summer if I need them for something. Older bulbs are perfect for cooking down in their liquid into pickled ramp aioli.

Save That Pickle Liquid

Ramp pickling liquid tastes really good, and I like to use it in cooking, especially for making aioli. The method is simple, strain the pickling liquid of spices and herbs, then cook it down to concentrate the flavors a bit. You'll find that my pickled ramps have a bit less vinegar, sugar and salt than a lot of other recipes, and this is on purpose, since if you cook down typical pickling liquid, it can add too much salt or sugar to whatever you're making. 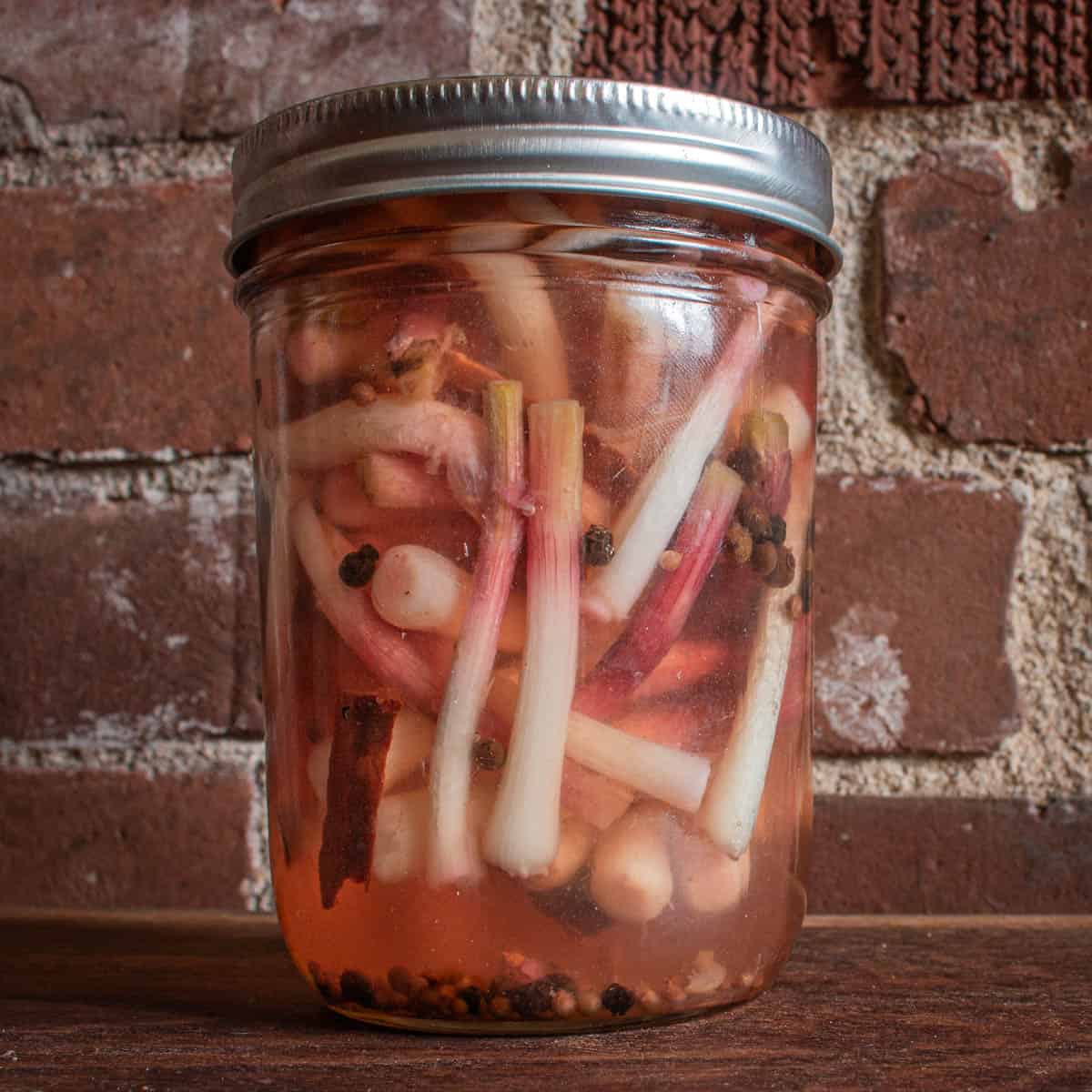 I like to be able to control the levels of salt and sugar, so they're light in this recipe. In the pictures here, you'll see that the spices have been strained out, which makes it easy to just pour off a bit of liquid as I need without having to strain out mustard seeds, etc. 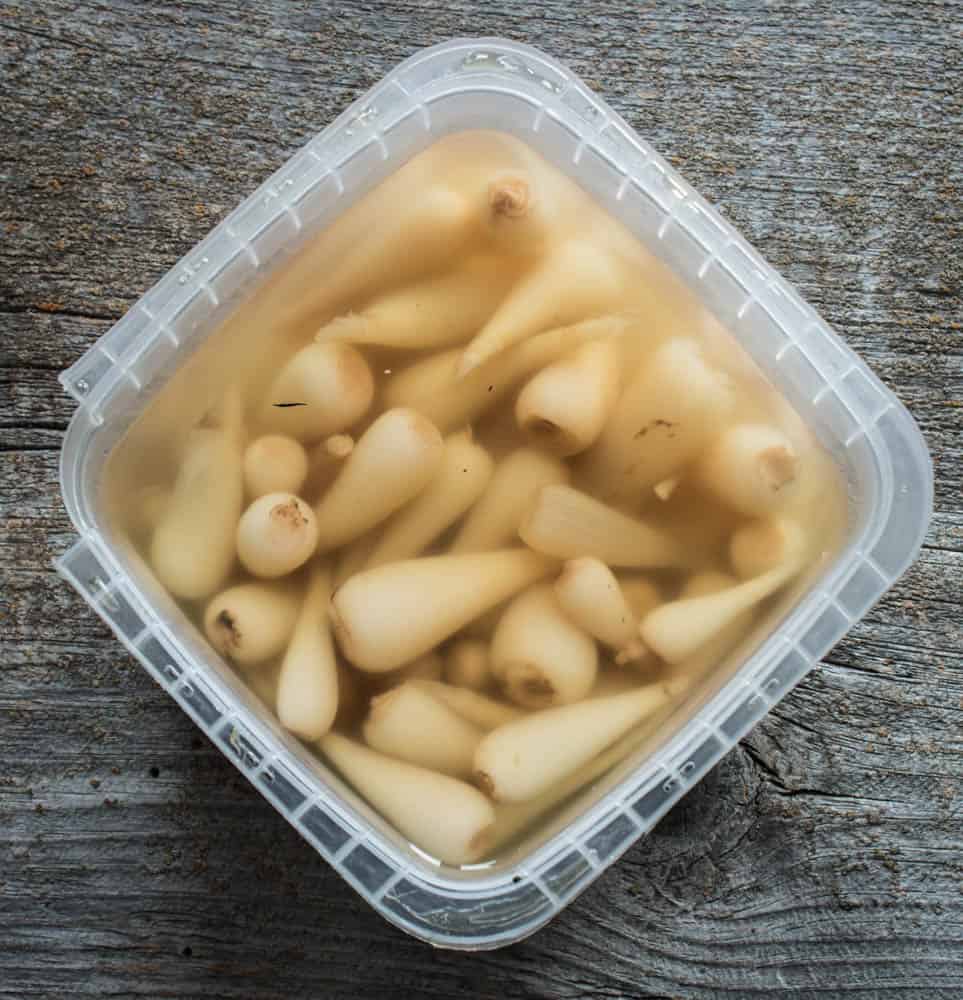 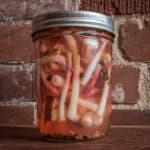 *The par cooking process Cooking the ramps briefly without vinegar stops them from turning blue. Blue discoloration with pickled garlic and ramps isn't harmful, but it doesn't look nice.  Make your own seasoning blends  This is a bare bones recipe, a basic outline. You can jazz it up to your liking by adding different seasonings. Fresh herbs are the best addition, especially dill, cilantro and or mint. Play around can come up with some combinations you like. Cooking with pickled ramps  When I'm cooking with pickled ramps, 99% of the time I chop the bulbs, then cook them down in their pickling liquid to concentrate their flavor before adding them to whatever I'm making, so I take that into consideration.