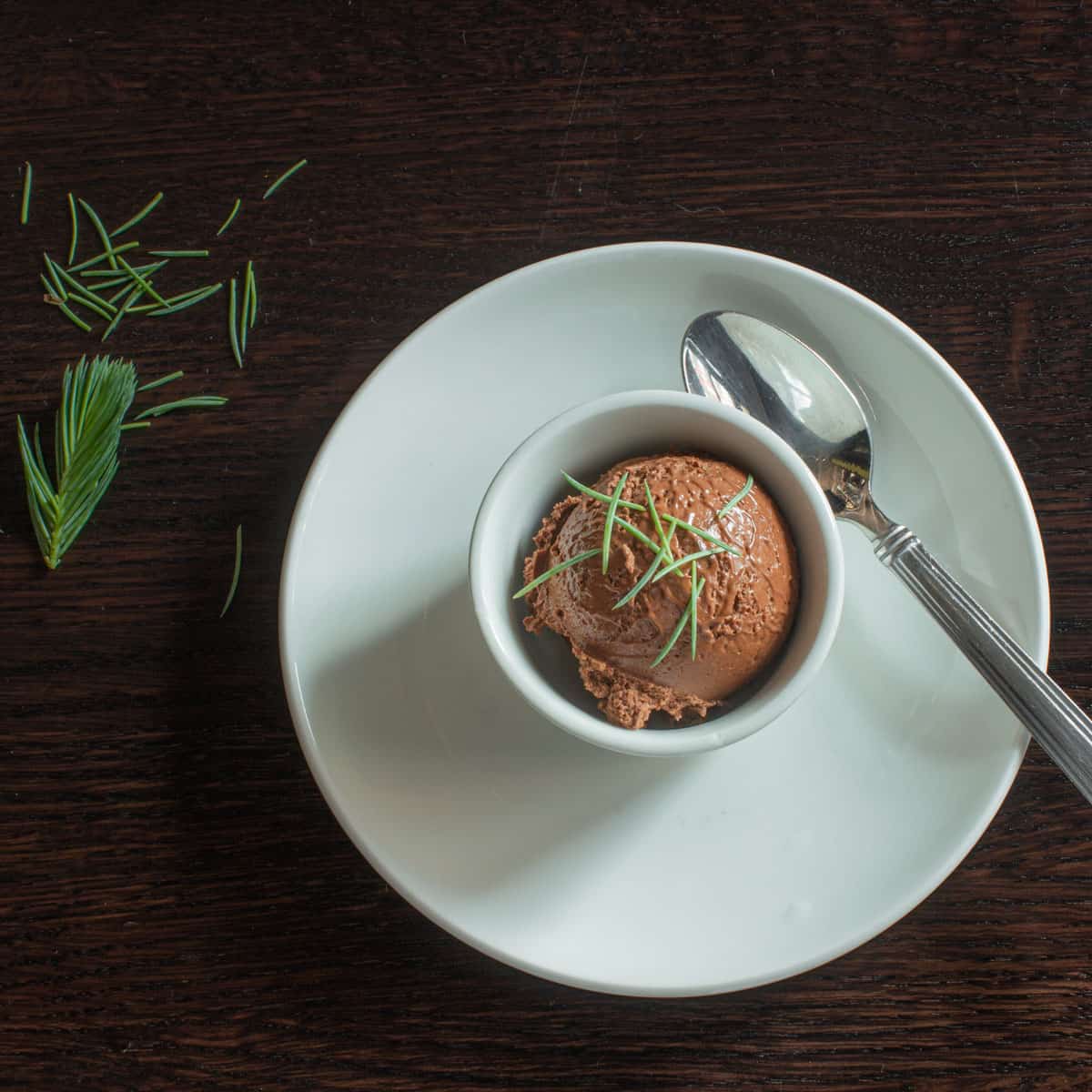 Spruce chocolate mousse flavored with spruce tip syrup is one of the first spruce tip recipes I made for my first restaurant the spring after it opened.

Start with a good, strong syrup

Just using spruce tips simmered a bit with water isn't going to cut it, for the flavor of spruce to overcome the chocolate you'll either want to make a slow sun syrup using equal parts by volume of brown, natural sugar with spruce tips or another conifer product, like needles or pine cones. If you use a syrup that's weak on spruce flavor, it will still taste good, but the chocolate flavor is strong. This took a while to get down right and I kept making mousses that were way to sweet. Using a potent, strong spruce syrup is key.

To make the slow sun syrup, leave the sugar and spruce tips out on the counter for a few weeks until the sugars melt, then heat the mixture with a small amount of water, just to help melt the sugar, and simmer for 15 minutes, then strain and store. You'll want to take a look at my classic spruce tip syrup for that as there's detailed instructions.

For a quick syrup, that is a substitute for above method (the flavor is weaker, but passable) see my caramelized spruce tip syrup recipe here. You can also substitute maple syrup, cooked down by 25% and cooled.

This is a rich dessert, and you'll see in the image I serve a single scoop. You won't be serving a martini glass full of this. A 1-2 ounce scoop is fine. Serve it with a dollop of whipped cream and it's perfect as it is. 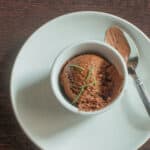