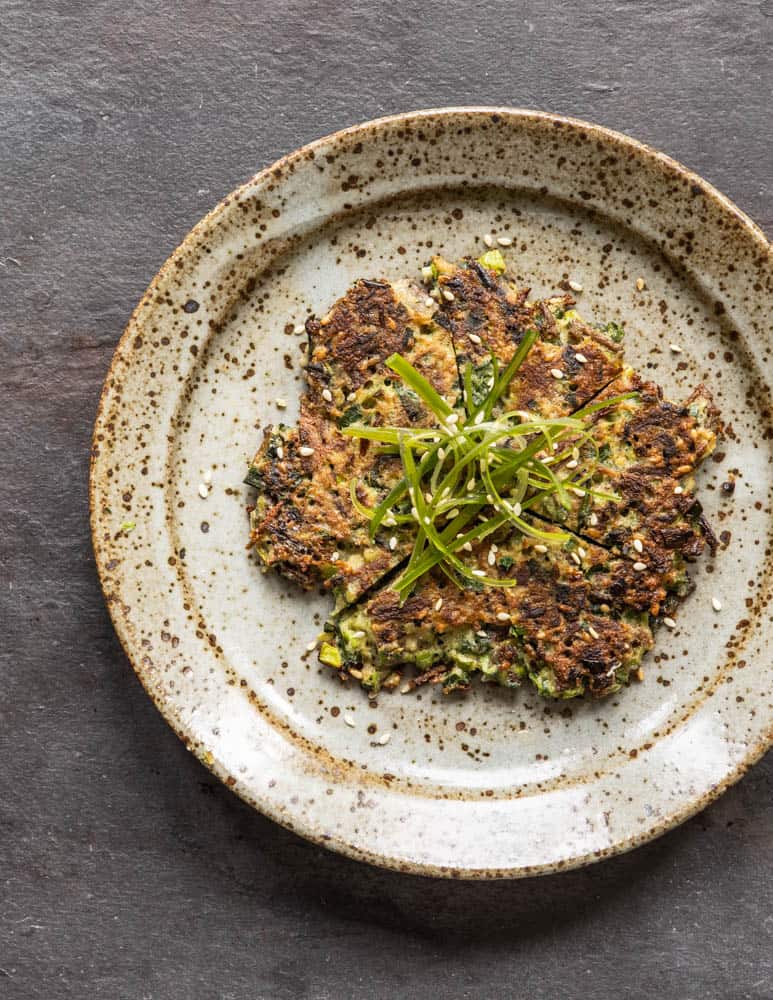 As most of you know, I will make cakes and fritters out of just about anything. Wild enoki and sesame pancakes (cultivated are fine too) are a great variation on that theme, but they're also a good example of how you can steer lots of dishes in different directions by carefully choosing your ingredients.

Cultivated enoki are mostly stem, and they cry out to be made into pancakes. You can reserve the caps for making fish-sauce mushroom pickles.

Here's the jist. My lobster mushroom cakes are one of the most popular recipes on this website, those are made with simple seasonings: some herbs, green onions, salt, and pepper, more or less. They have a mild, mushroomy flavor, and are American/French in inspiration. 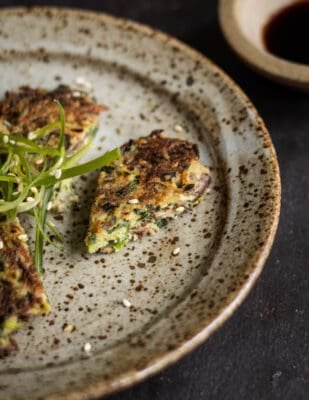 Dip the finished cakes in ponzu to drive home the Asian flavor theme.

Another variation on the same theme are the equally popular Hericium Crabcakes. Those taste like crabcakes, because, well, Hericium have a texture that's reminiscent of crab, but the ingredients also steer the recipe in the direction of crabcake land, since they include Old Bay, mayonnaise, and other things you'd expect in a crab cake. If you're a mushroom hunter who hasn't had those yet, or have trouble finding Hericium, search out some cultivated lions mane and do yourself a favor.

Wild enoki clones from Unkle Fungus in Pennsylvania. Note the brown coloring on the stem-a result of enoki being grown while being exposed to sunlight. Commercial enoki from the store are pure white.

Enoki mushrooms (a.k.a. Flammulina velutipes and velvet shank), with their long stems, and lower water content, are a very different creature from the aforementioned mushrooms. Sure I could mix them up into the crabcake mix, but since they're so beloved in Asian cuisine, I felt that wouldn't be doing justice to them. So, I turn to the ingredients and flavorings to steer the dish in the direction I want. With the flavors of Japanese cuisine on my mind, here's the big takeaways I think are helpful to consider. 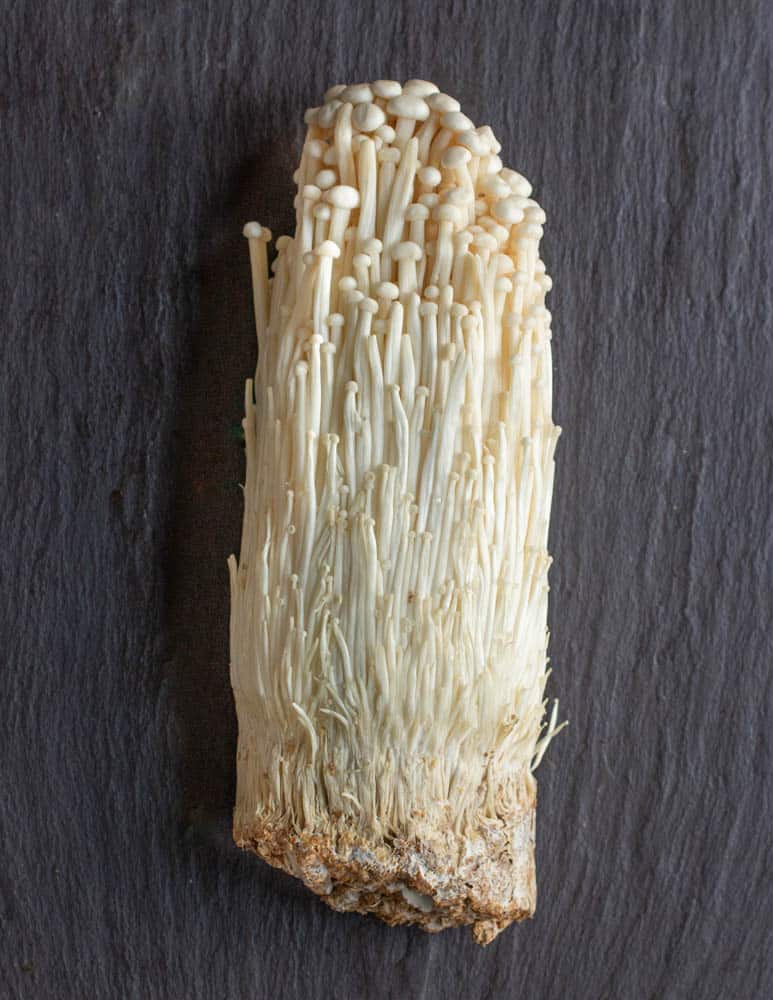 Commercial enoki as you will see them in the grocery store are white, but they're the same species of mushroom as the others in this post. 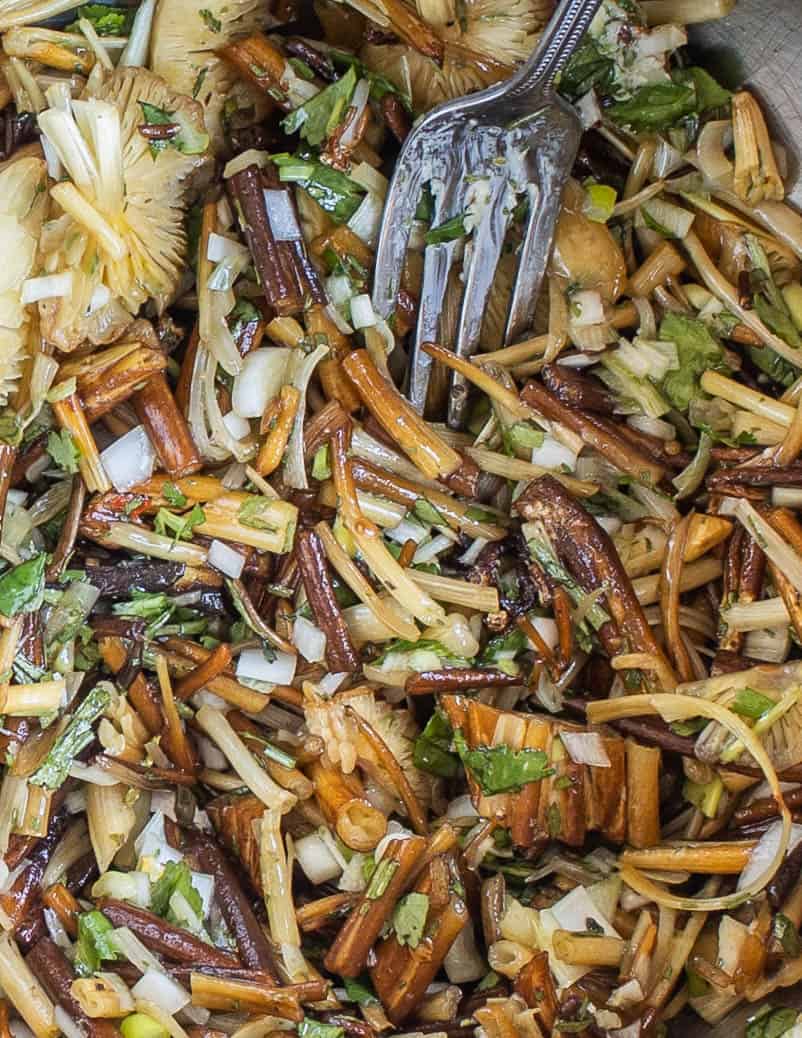 Real quick, one big difference between all of these mushroom cakes is that the first two with lobster mushroom and Hericium are cooked or macerated to remove water first. Enoki hold far less water than both of those mushrooms, so that isn't necessary here. All you need to do is cut up the mushrooms, season them up, and let them do their thing. As the mushrooms macerate, you'll notice the enoki exude a bit of slippery mucilage, a characteristic they share with mushrooms like Armillaria and some Lactarius I've cooked, to name two. The mucilage isn't unpleasant.

Making large pancakes instead of smaller ones can be fun, and make for easier dipping into sauces and handling with chopsticks. 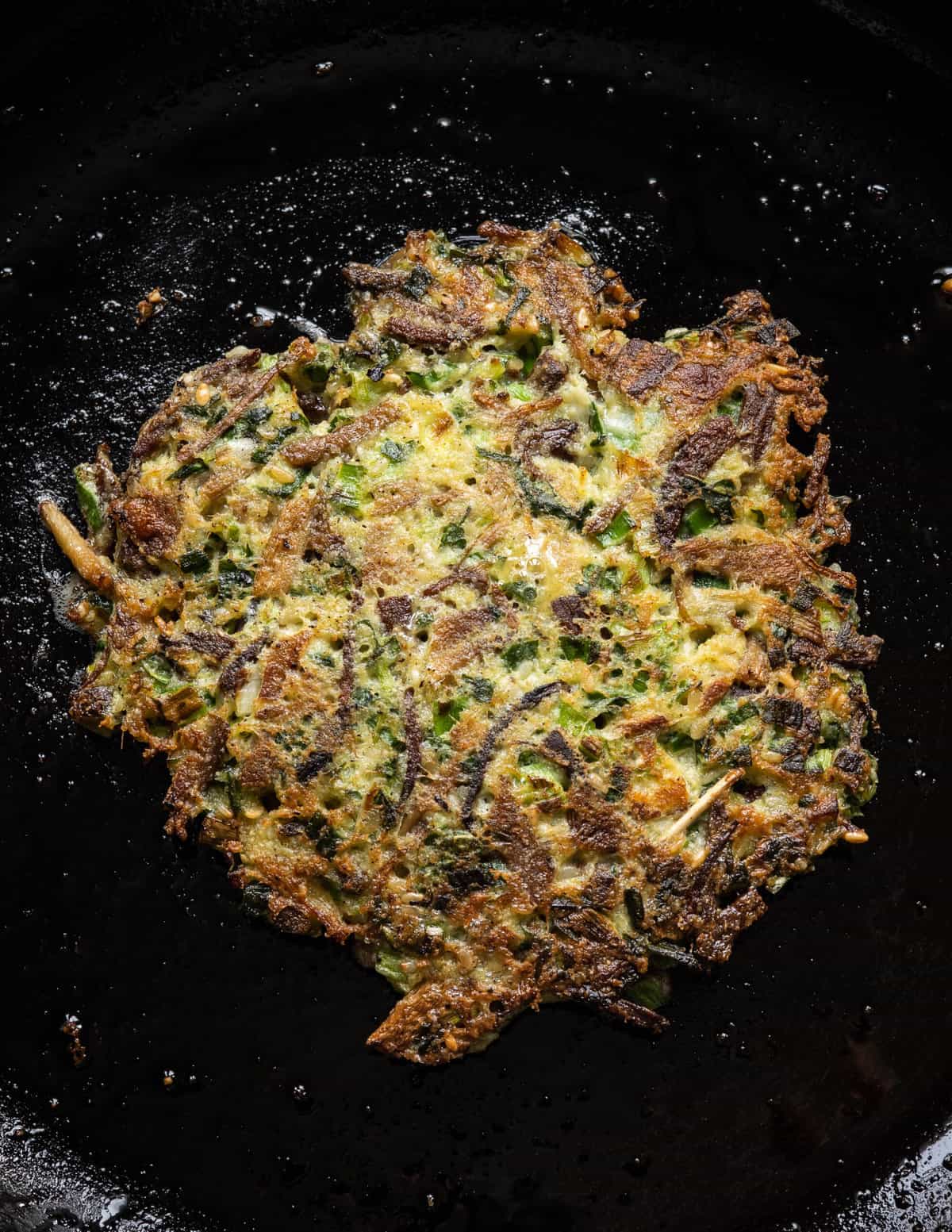 Regular sesame mix made into a large cake. 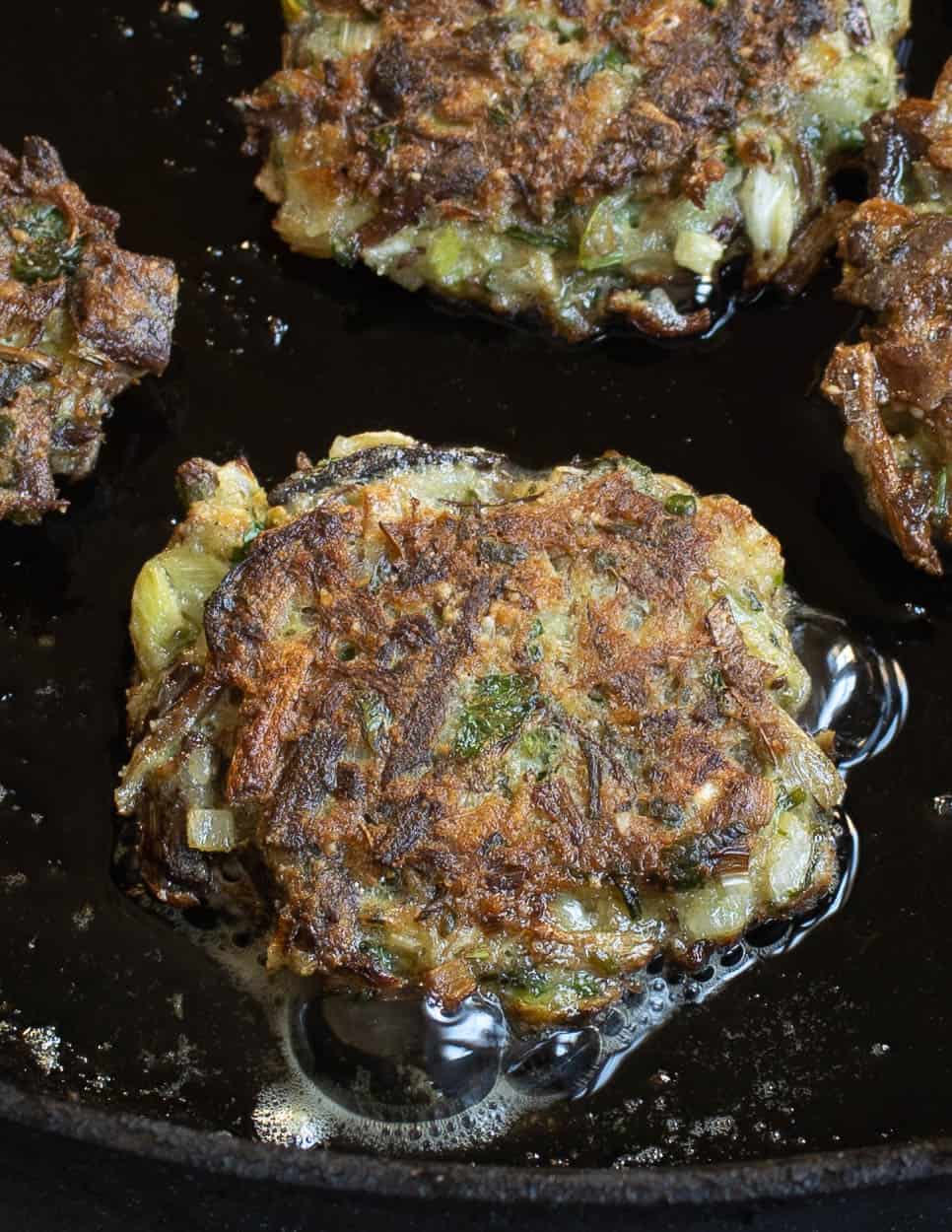 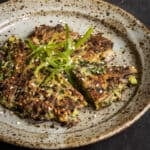 Testing and adjusting the flavor 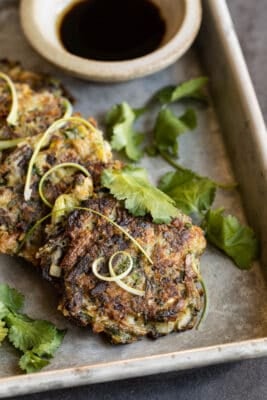