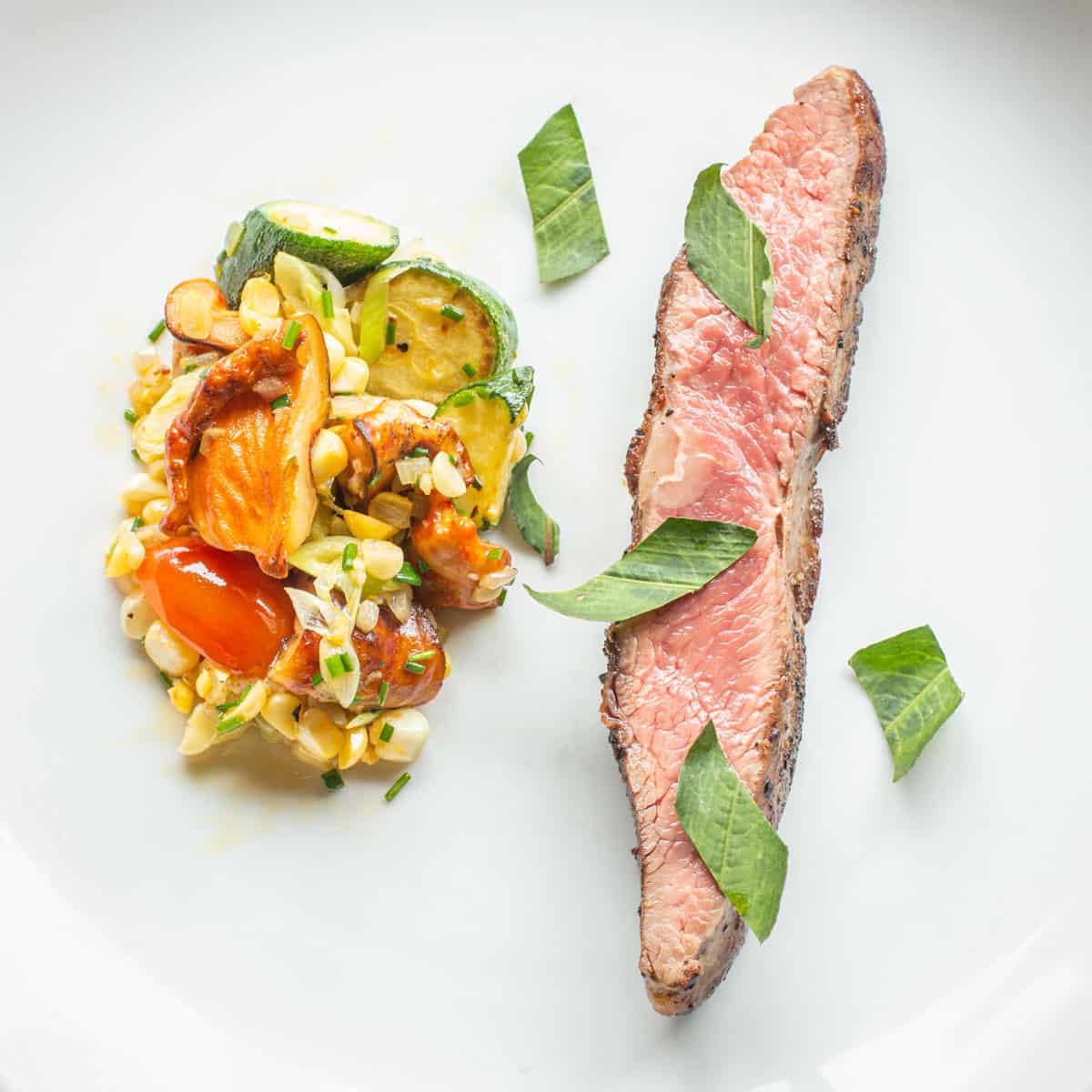 After I found the local vendors at the St. Paul Farmer's Market selling Vietnamese coriander (Persicaria odorata) and figured out what it was, I had to make a dish with it.

After a day or two of playing around with the herb, the first way I served it was the simplest I could think of: sprinkled on top of some grilled meat, with a few vegetables from the garden. It was excellent: a great introduction to my new herby friend. 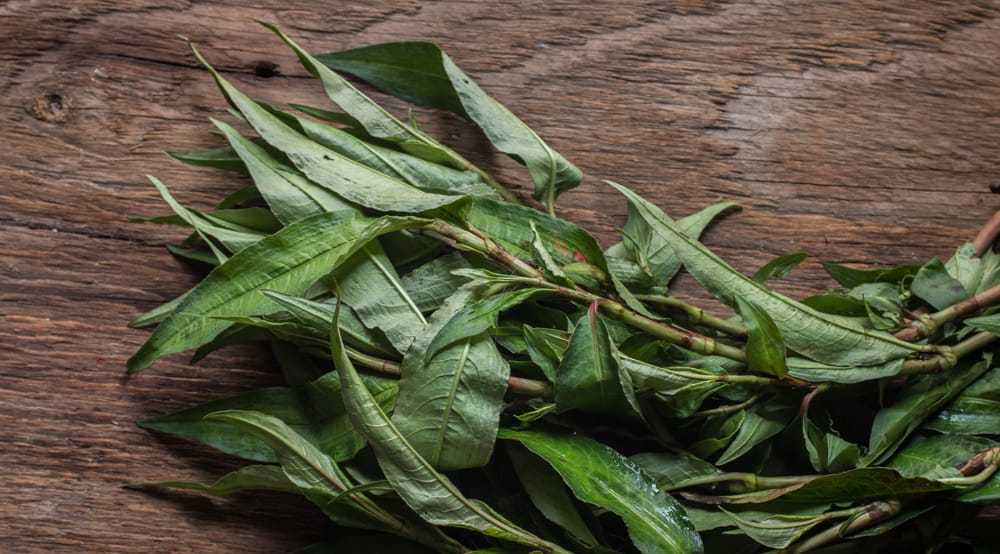 Persicaria odorata or Vietnamese coriander. Check your farmers market. The herb has a great cilantro-like taste.

The recipe is a good example of a few things: 1. it illustrates a good way to enjoy the herb the first time. 2: mild tasting lobster mushrooms are great thrown in with garden produce as a vegetable when you have a bunch of them and don't know what to do.

It looks like a simple plate of meat and vegetables, but making something simple well can involve more than you think, especially with the vegetables as all of them have different cooking times.

The Limousin beef (a French heirloom) is a shout out to my friend Andy Peterson over at Peterson Craftsman meats, pretty much the standard for good beef in the Twin Cities. If you don't want to shell out for their beef at a restaurant, they have a shop were they sell wholesale in St. Paul across the street from the farmer's market in Lowertown. 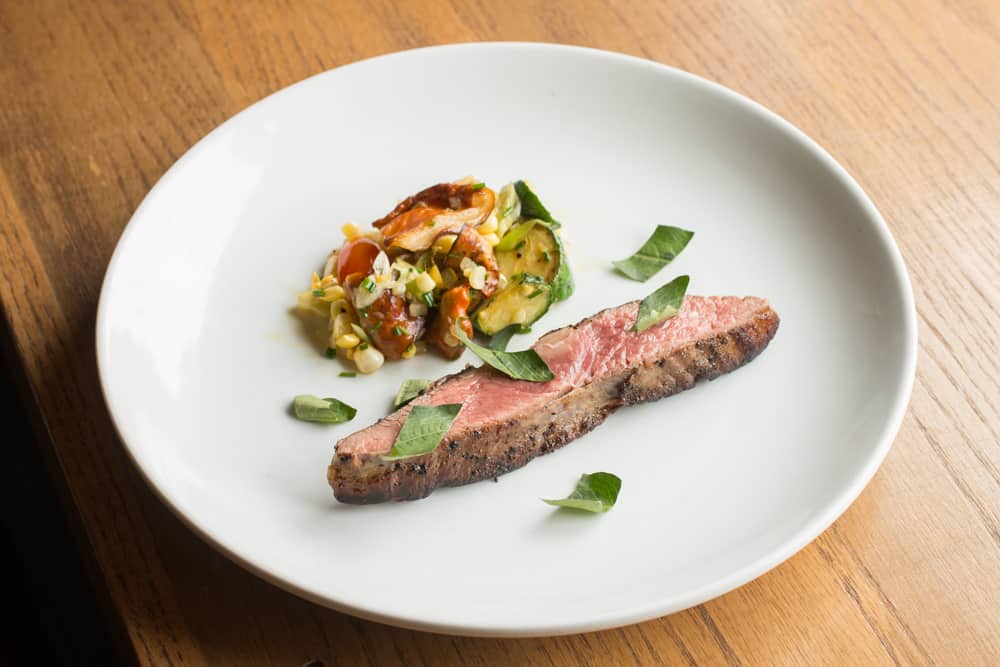 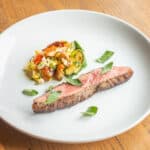 Skirt, hanger, or teres major steak would be fine here too.