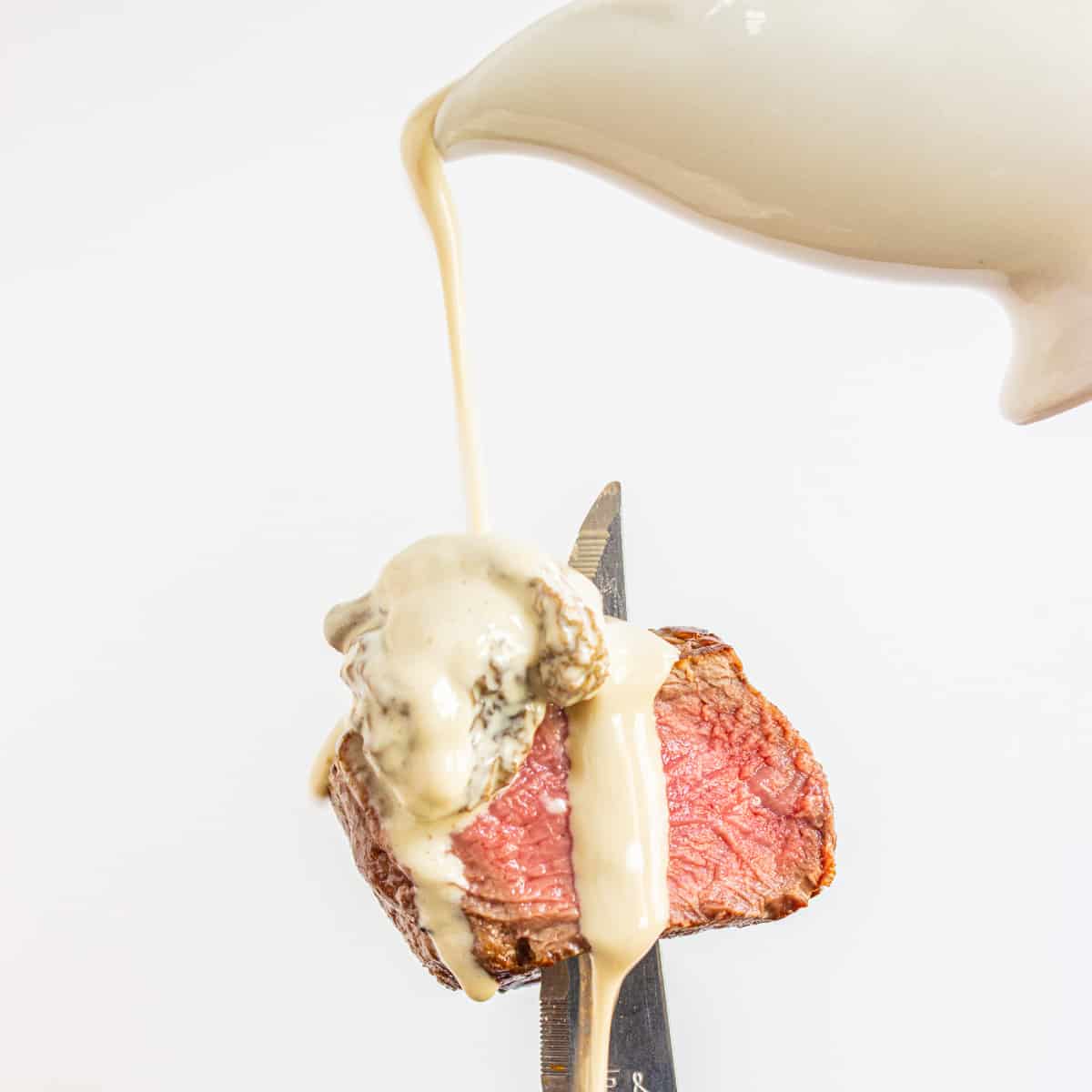 Out of all the things that can be made with dried morels, this is one of my favorites. Everybody loves a good steak, and the addition of mushrooms is classic. Using morels instead of cultivated mushrooms brings this basic combination to new heights. I'll let you in on a little secret of mine too: when I have wanted to impress someone special, this recipe has served me well.

I remember a few years ago I was dating a girl, she was coming over for dinner for the first time. I made an amuse bouche of rabbit tenderloin wrapped in salted pork lard, lobster, gnocchi with morel sauce, and chocolate souffles.

The meal was fine, and the rest of our evening was great. She didn't have the foggiest idea what a morel was, but for months afterwords, whenever I talked about what was for dinner, I remember she would bring up the gnocchi in morel sauce, crooning: "OHHH GAWD! ALAN, THOSE MUSHROOMS!". Needless to say you can sauce two, 2 ounce portions of gnocchi with this recipe.

Whether you have a man or woman you want to impress, or just want to plan fun dinner to show off your morels, I guarantee you: once you try this it will become a staple of your's for special occasions. Essentially this is a simple pan sauce made from fond, (brown stuff left in a pan from searing a steak) dried morels and their reconstituting liquid, meat stock, an allium (onion) of your choice, cream, and cognac. What you end up with is one of the richest sauces I know. The recipe itself  is a cinch to make, rich in flavor, and really flexible if you have a stash of dried wild mushrooms, since many varieties, especially boletes would work well too. 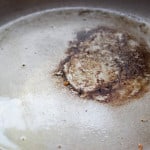 Fond left in the pan after searing a steak 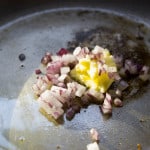 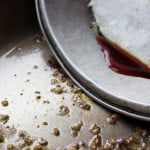 Adding the juice exuded from steaks to the pan after they have rested. 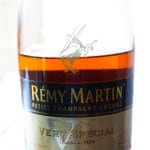 This is a great example of where dried morels shine, although you could definitely make this with fresh as well or a combination of the two if you are feeling especially flamboyant. Dried morels have a deeper, more concentrated flavor than fresh, and when amplified by cream, they become quite an experience.

If you're a morel hunter, you probably have a couple lying around dried from the previous season. If you're not a morel hunter that's fine, dried morels can be purchased at most supermarkets, and you wont break the bank buying a small retail package, half of which is all this recipe requires. 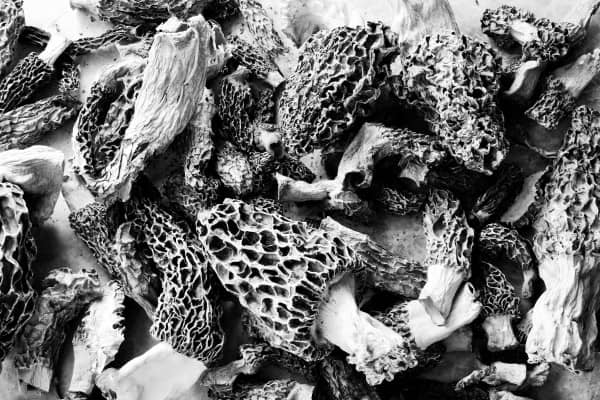 The steak you use can be anything you want, it could even be a beef roast, pork chops, heck you could even use chicken. There's just something about a great cut of steak that's evocative of a special time though, don't you think? I personally don't eat lots of steak, but when I do, this is something I might make. 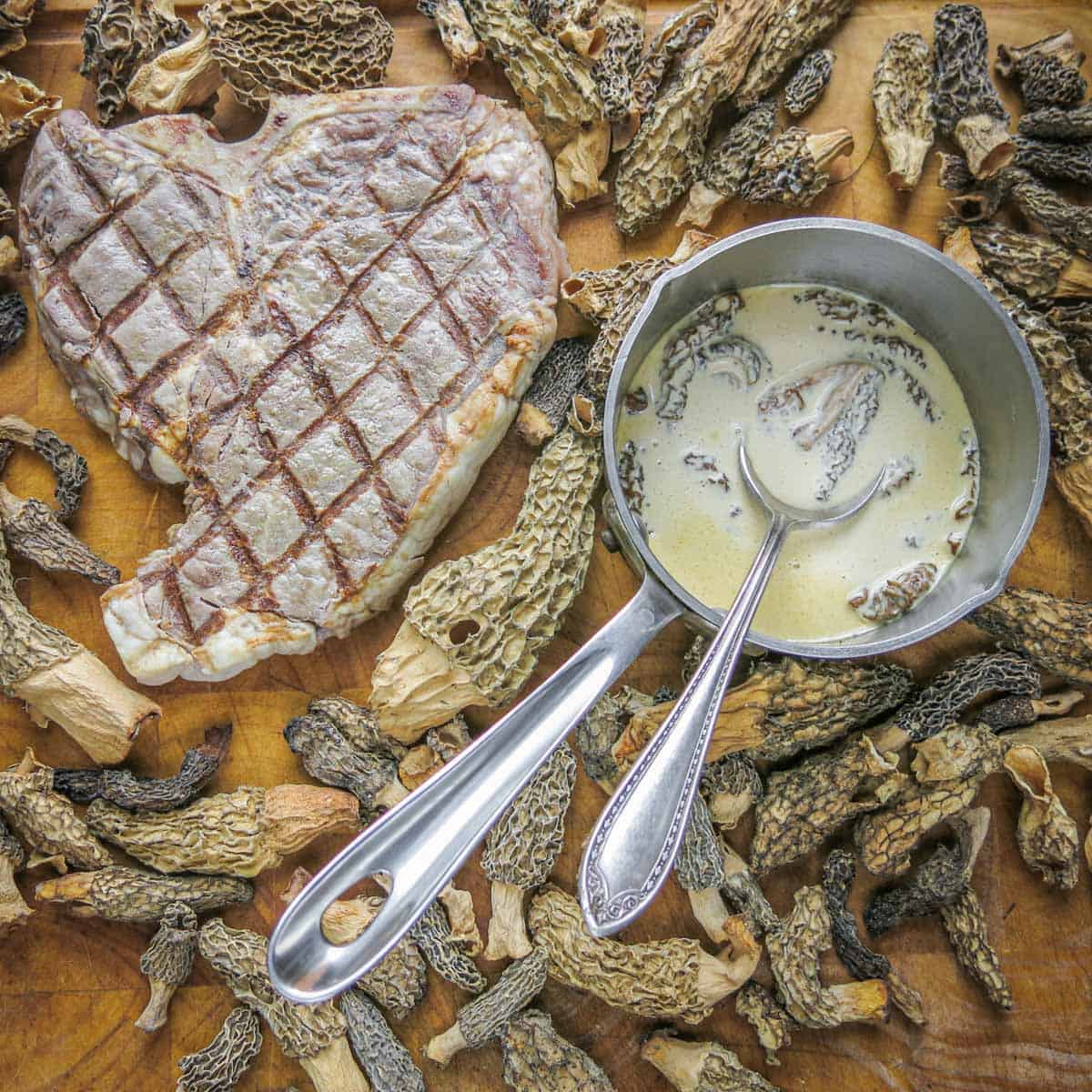 Serve with some seasonal vegetables, like braised greens and maybe some roasted fingerling potatoes

END_OF_DOCUMENT_TOKEN_TO_BE_REPLACED 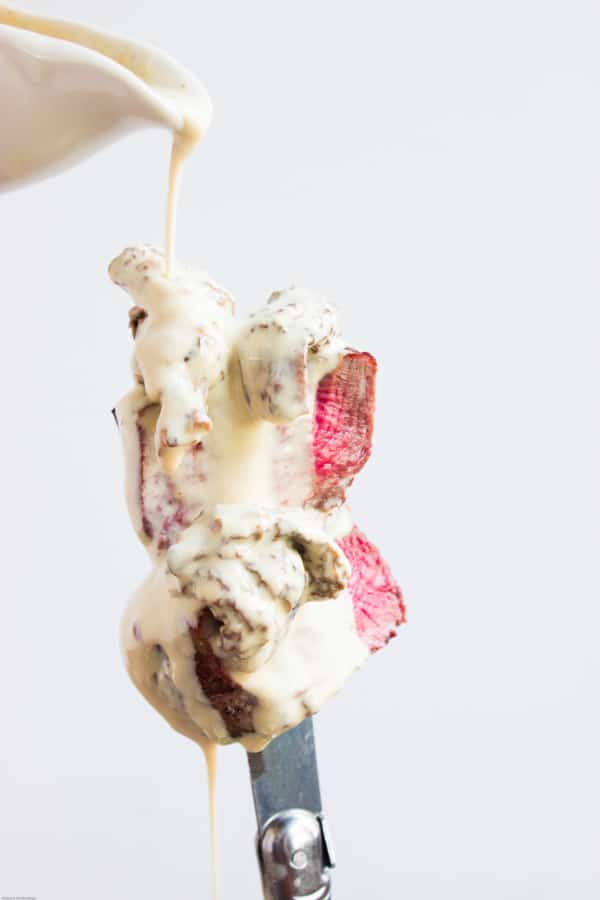