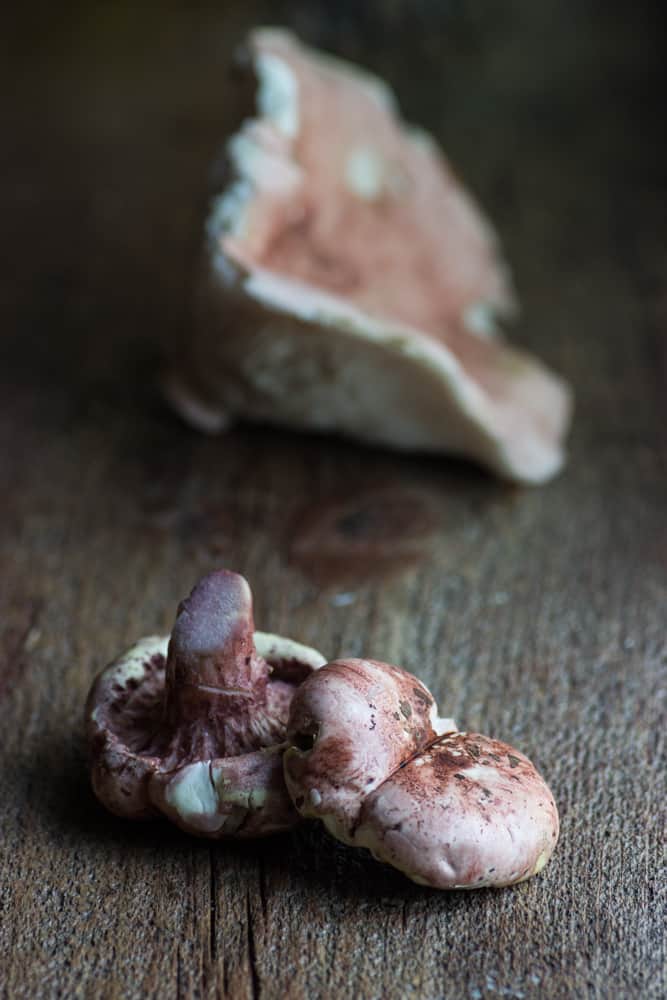 Young hygrophorus have a mottled pink color underneath cap. Older mushrooms (background) will have white gills as they age, and a cap with a reddish/pink coating that can peel off a bit in places as it ages.

Here’s another fun mushroom to know, although they look a lot more interesting than they taste. If you haven’t tried them already, keep your eyes peeled for pretty pink Hygrophorus russulas (they really don’t have a common name). If you’re familiar with mushroom hunting, Russula species can be a bear to identify, have their color vary, and are typically just infested with bugs. 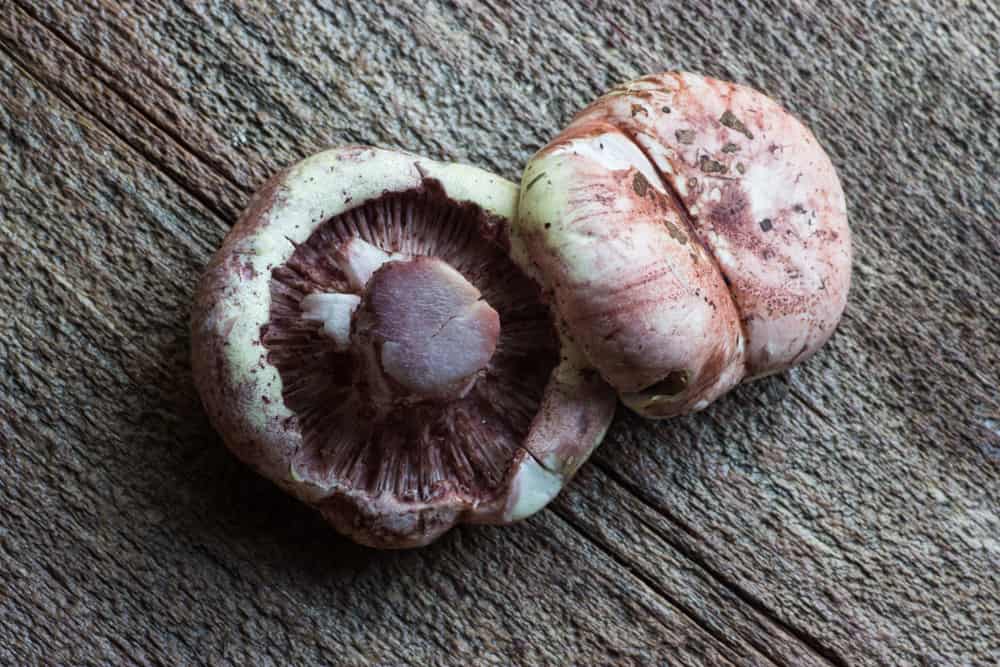 Note the tell-tale pink, speckled gills.Luckily, Hygrophorus russula only resembles other Russula in shape and size from my experience, and is technically in a completely different category of waxy cap mushrooms. Either way, whenever I see these I usually put a couple in my basket to take with me, they’re mild, but made a great addition to a blend of summer mushrooms when the season is really exciting. 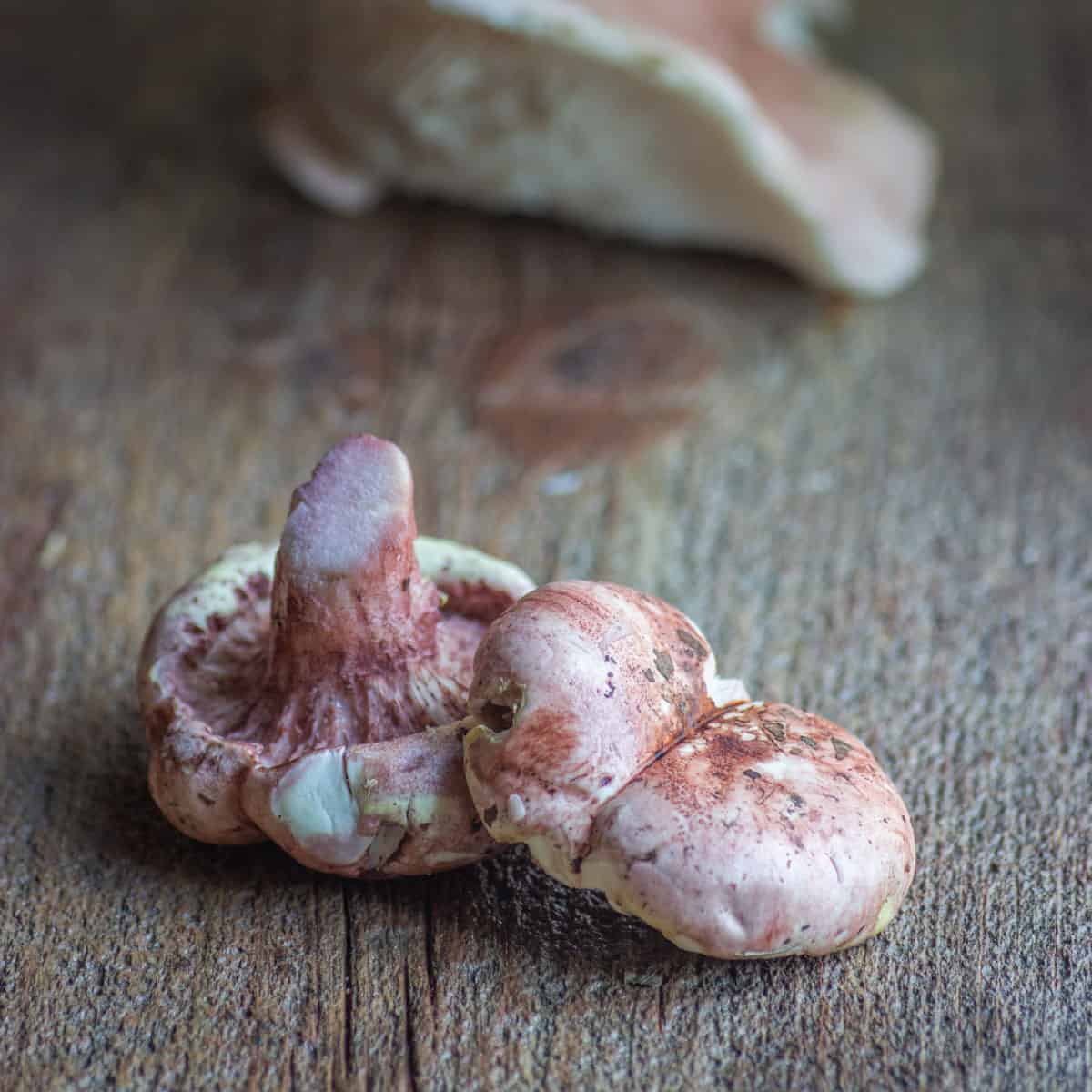 Sometimes I find these in large numbers where I find chanterelles, typically around oaks. They’re so pink!

Like most other mushrooms where I hunt in the Midwest, these like to be around oaks. I find them in places with small amounts of leaf cover in areas where I see other edible mushrooms, growing in patches where I pick chanterelles, lobsters, and porcini. From my experience, all you need to find these is the right oaky mushroom terrain. I tend to see them in the late summer in the Midwest, typically around August-September. 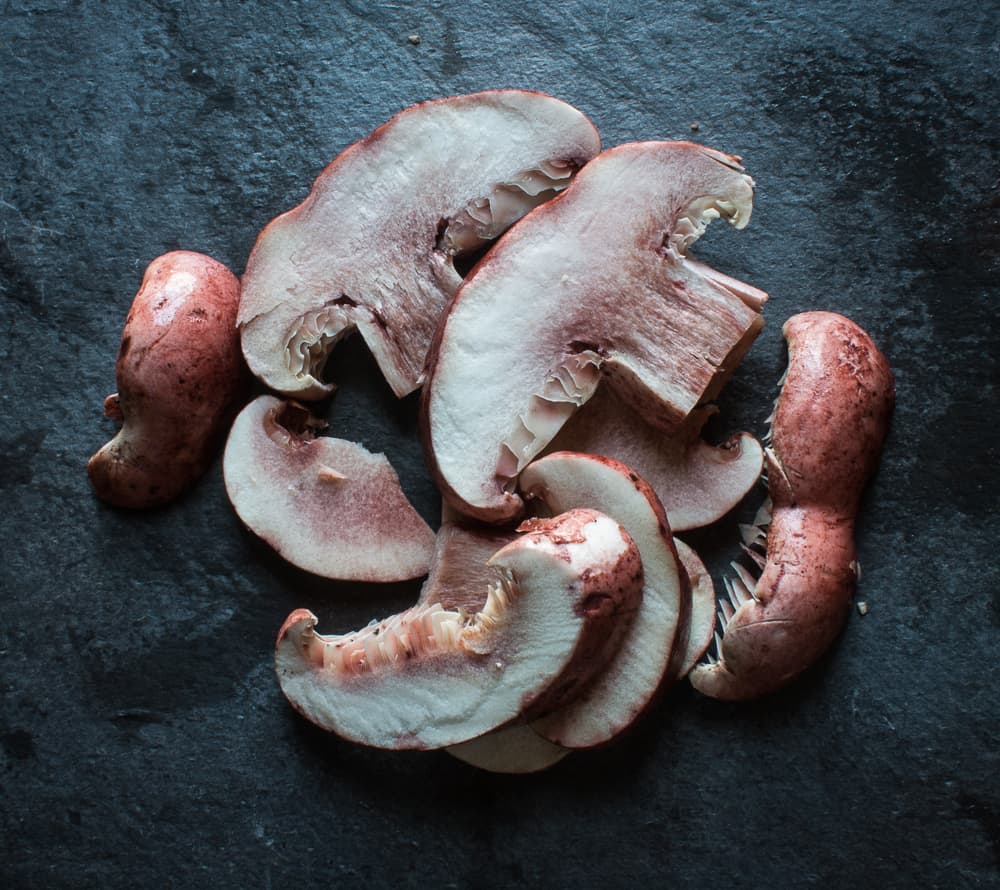 These guys are generally bug free when I find them-a great bonus.

There’s a lot of debate with these, some say they aren’t worth picking, some say they’re great. I find their flavor ok, and mild. But, when you combine that with the fact that they have an impressive resistance to bugs (I’ve never found one with worm damage) it makes for a mushroom that’s definitely worth putting in the basket. They’re also a striking, pretty pink color. For the sake of comparison, I treat these like a cultivated button mushroom, since their flavor is mild, and their texture near identical.

Some people report getting a waxy mouth feel or something similar when eating them. I haven’t ever noticed this at all.

These dry well when sliced thinly, and develop a slightly richer aroma like most mushrooms. They will make good pickles too, cut into quarters, sliced thick, or left whole if small. They’re a prime candidate for my mushroom conserve recipe, you can find that below.

Recipes for Hygrophorus russula, or where they can be easily substituted.