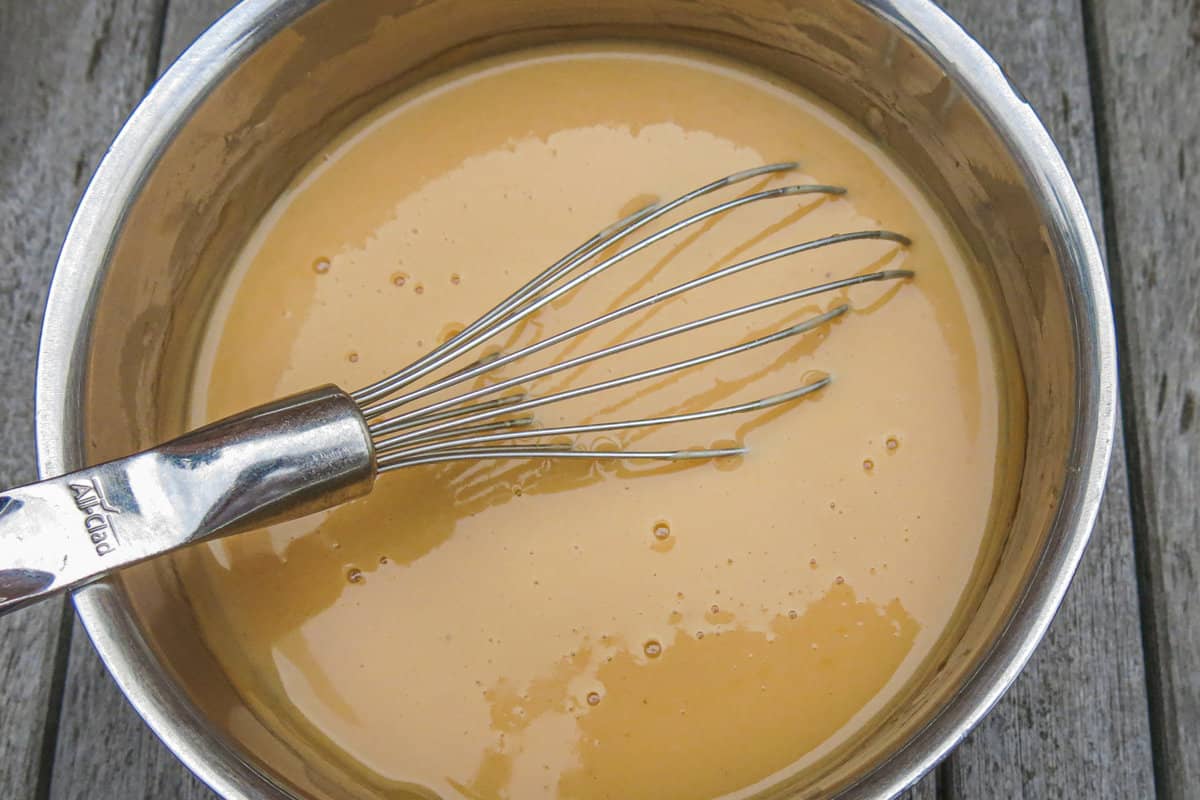 There is a market connected to the restaurant that I work at. In the market we sell all sorts of things that our culinary team has created, homemade soups, fish fumet, meat glace, charcuterie and sausages, headcheese, and prosciutti that take 3 years to make. We have pickles of every color and variety: cucumbers, sunchokes, radishes, wild mushrooms, fermented products, and for a while there was even a bowl of pickled beef testicles that graced the meat selection. Sorry to disappoint, but I have no recipes that use pickled testicles, yet.  We also come up with seasonal things to sell that coincide with the holidays. This year we had a number of ducks and turkeys available from local farms for pre-order. Alongside the traditional fowl we had all the trimmings available as well, stuffing, chestnuts, a smattering of potatoes for mashing, and gravy, oh the gravy.

We sat down at the daily meeting where we discuss the evening's menu one day and went over the list of items our boss wanted to have available for customers. When it came to the Thanksgiving gravy, boss mentioned that we had put up a bunch of mushrooms this year, and that we should use some to make a wild mushroom gravy.

Immediately I was terrified at the thought of someone else perusing my wild mushroom stash, taking and picking whatever stuff they liked, and possibly mistreating them, such as if dried morels were to be reconstituted, made into a gravy, and then pureed. I made a point of letting it be known I would tackle the gravy. I had a hunch what I would be experimenting with to create a tasty and economical gravy as well: my recently finished stash of puffball powder, made from some large puffballs a certified mushroom hunter had brought us in pro-bono, which I had dehydrated and ground.

I knew I would get a bit of flavor from the puffball powder, but I didn't really know what to expect, I figured I would just cook chicken stock with the powder, add kneaded roux (buerre manie) and then puree when it started to thicken, tasting as I went. The result was fantastic. This is also an example of a theme I like to follow when making and creating food things, I like to take basic recipes, and tweak them, just a little bit. Only changing little parts of a recipe will make menu descriptions easier to understand and approachable for diners. The gravy here is a perfect example of tweaking classic cookery. All I did was add some puffball powder to a traditional gravy method, nothing more.

There are tons of different ways to make gravy. A golden nugget of culinary technique here is the binding of stock with kneaded roux (also known as buerre manie in French) and then whisking and heating. Kneading the flour and the butter together makes it near impossible to have a lumpy gravy, and there is much less chance of your flour mixture settling on the bottom pan and scorching, as can be common with regular rouxs made in the beginning of cooking.

Buerre manie can be used to give a velvety quality to any gravy sort of dish, it can also be held in the fridge for extended periods of time. When you need some buerre manie to thicken a sauce in a hurry, simply cut off a slice, warm it in your palm for a moment until it is malleable, and then whisk into your sauce. 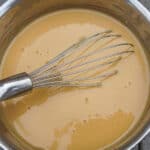