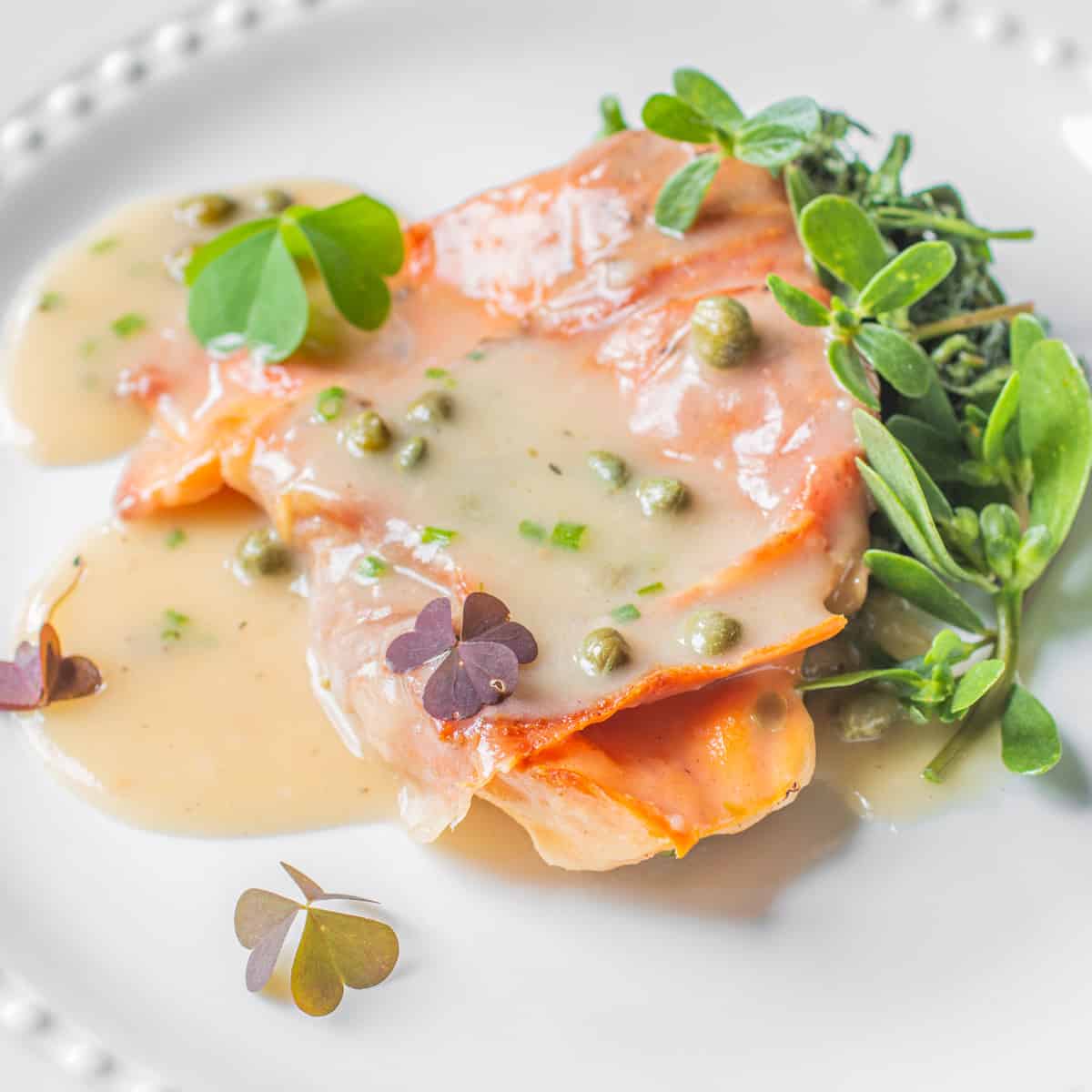 I went to one of my favorite places a few days ago: a wayside rest on the way up to Northern Minnesota. Well, the wayside rest isn't my favorite, but there's a tree I know of, that *is* my favorite. The tree in question is a red oak that typically bears chickens early in June, and not just any chicken, white chickens (Laetiporus cincinnatus). If you're not familiar, white-pored chicken of the woods are better eating than their yellow-pored cousin (Laetiporus sulphureus), at least in my opinion, and that of many other seasoned mushroom hunters. 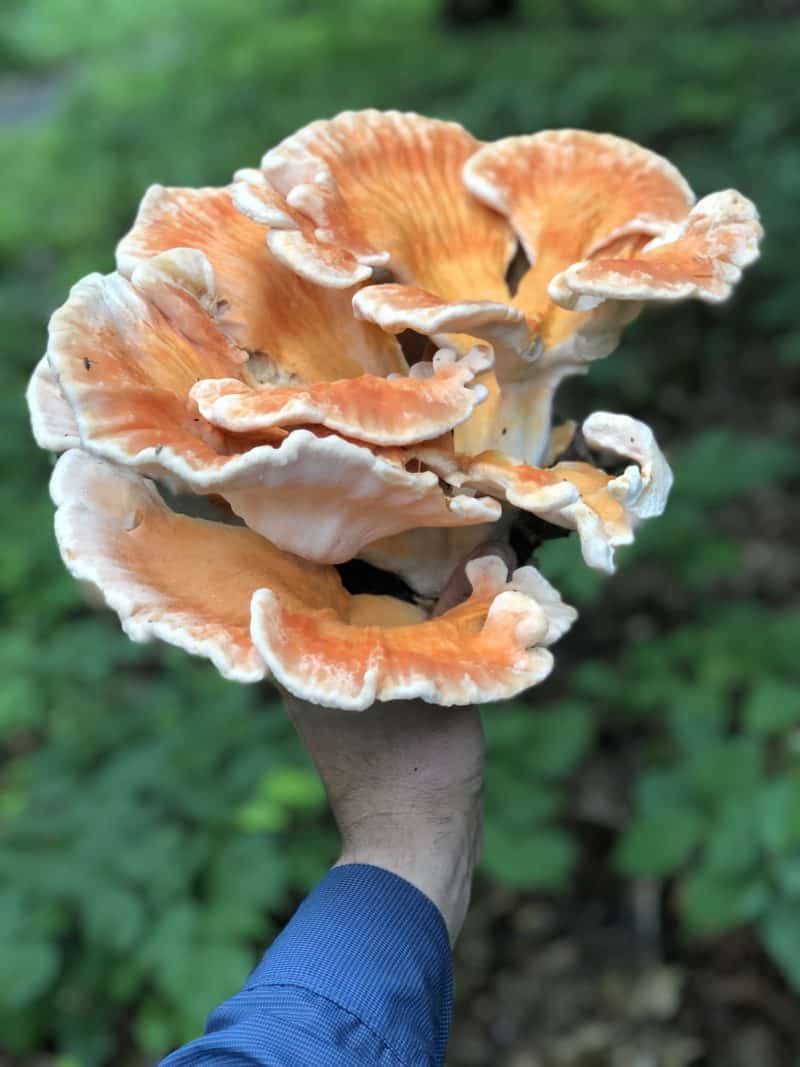 Rest areas are great, especially in Minnesota and Wisconsin where they're often composed of a few wooded acres with trails for dogs to run around on. What we forget as we drive past them though, is often those trails, and that small patch of rest area woods can hold treasures, they're a glimpse of what the land used to be before the roads came through, remnants from before the surrounding woods was developed and used to grow corn, soy, or have a culdesac installed.

I'm getting a little romantic here, and, it's only kind of true, as most of the woods are not actual old-growth forest in Minnesota, but that's also besides the point as young growth forest are much better for hunting wild mushrooms, in my experience. 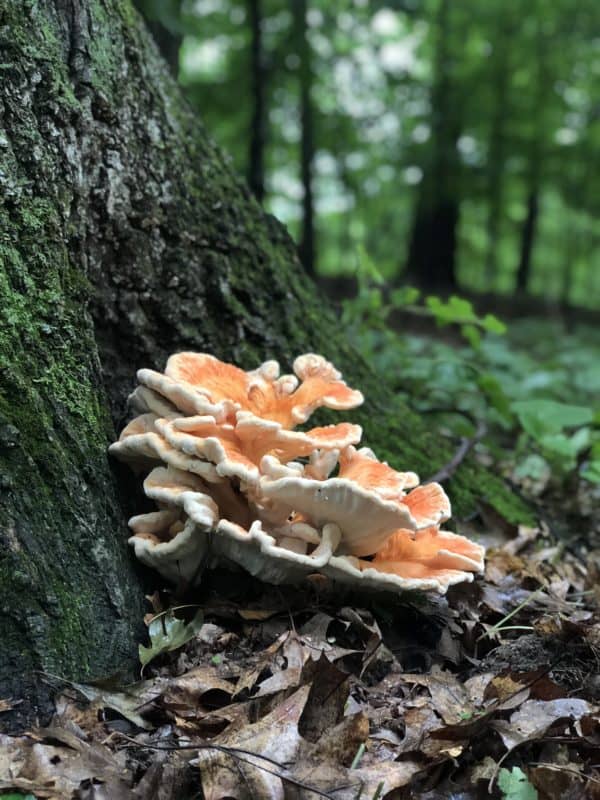 Anyway, the take-away is a rest stop can be a great place to grab a quick mushroom or two on a dog trail, while you're on your journey to get more mushrooms at the big patch you know of that's a few hours away, that is.

The only catch is that you probably shouldn't be flashing that big orange chicken mushroom like a trophy to the civilians, hollering "found one!" to your comrades across the parking lot like the feverish, fiending mushroom addicts you are, as sometimes harvesting is not allowed. But, as the old adage goes, if you pick a Laetiporus cincinnatus in the woods, and no one sees you.....

I digress. This week is all about a chicken of the woods recipe I've been waiting a long time to make: piccata. Well, it's kind of a cross between two Italian dishes: picatta and saltimbocca. Both are dishes made with cutlets, but, with slightly different preparations.

If you're not familiar with the differences between the two, here's the technical definition: saltimbocca (translates literally to "jump in your mouth") refers to cutlets layered with a leaf of sage, and then a layer of prosciutto. Piccata, pichotta, or piccatina (small), refers to cutlets that are simply dredged and served with lemon sauce and capers, etc.

Skip the proscuitto and it's vegetarian

My version is a hybrid. Chicken of the woods mushrooms are often a little dry and not easy to sear whole, so wrapping them in proscuitto, or another ham, salame, etc, etc, gives them a little more surface area that can brown and mingle in a pan, and helps to insulate them. You could sure do it without the proscuitto to make it vegetarian, to be clear, but wrapping mushrooms in fine dry cured Italian ham never sucked.

Only use the good stuff. I use La Quercia proscuitto since it's an American product that actually, finally, rivals the real thing. La Quercia is made next door to me in Iowa, but the real-deal Italian stuff is great too, specifically Proscuitto di Parma, and San Danielle. You can also use salame or mortadella too, but avoid American products like Hormel "proscuitto", taste like garbage. 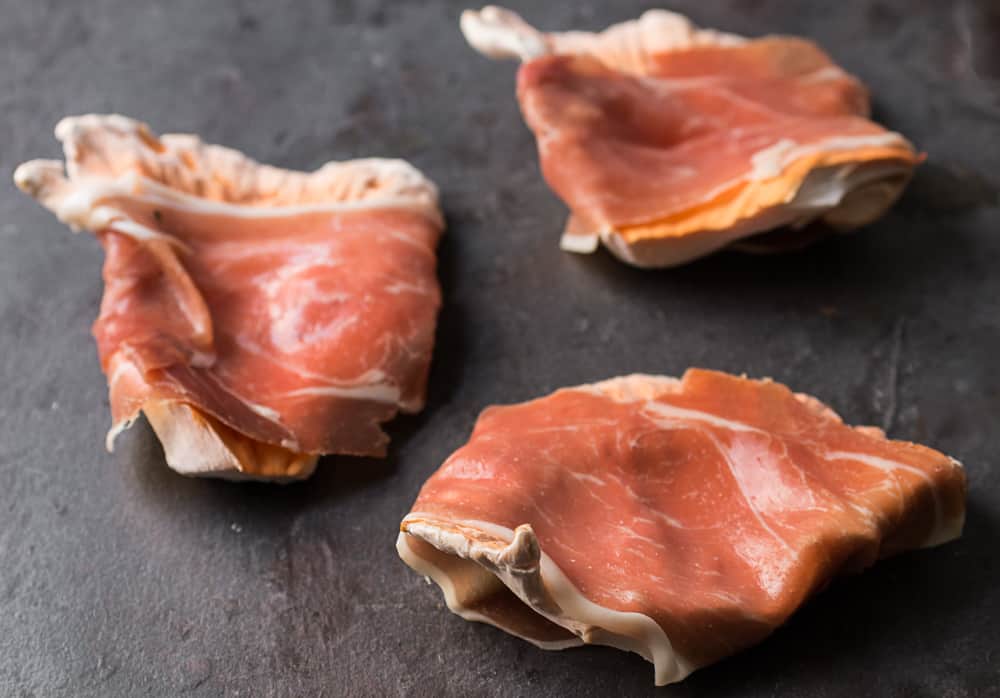 Tips for a great chicken of the woods piccata

Here's the skinny: for the best results, you need a young, tender chicken of the woods that you can fashion a cutlet out of somehow, which will usually be using the leaves, as I've done here, or, if you're supremely lucky, cutting a slice of a mushroom that's still growing and hasn't developed the rosette or shelf formation yet, where they could be cut like slices of meat.

If your chicken mushroom doesn't seem tender enough to cook the leaves whole, skip this recipe and cut it up into pieces for soup, or something else you like. Only young, tender mushrooms can be used in large pieces like this.

For the garnishes, wilted greens of your choice, and a few sprigs of edible things from your yard are all this chicken mushroom could ever dream of. Freshly cooked nettles or other greens cry out to be mixed around in lemon sauce on a plate, and a little crunch of purslane makes an attractive garnish too. 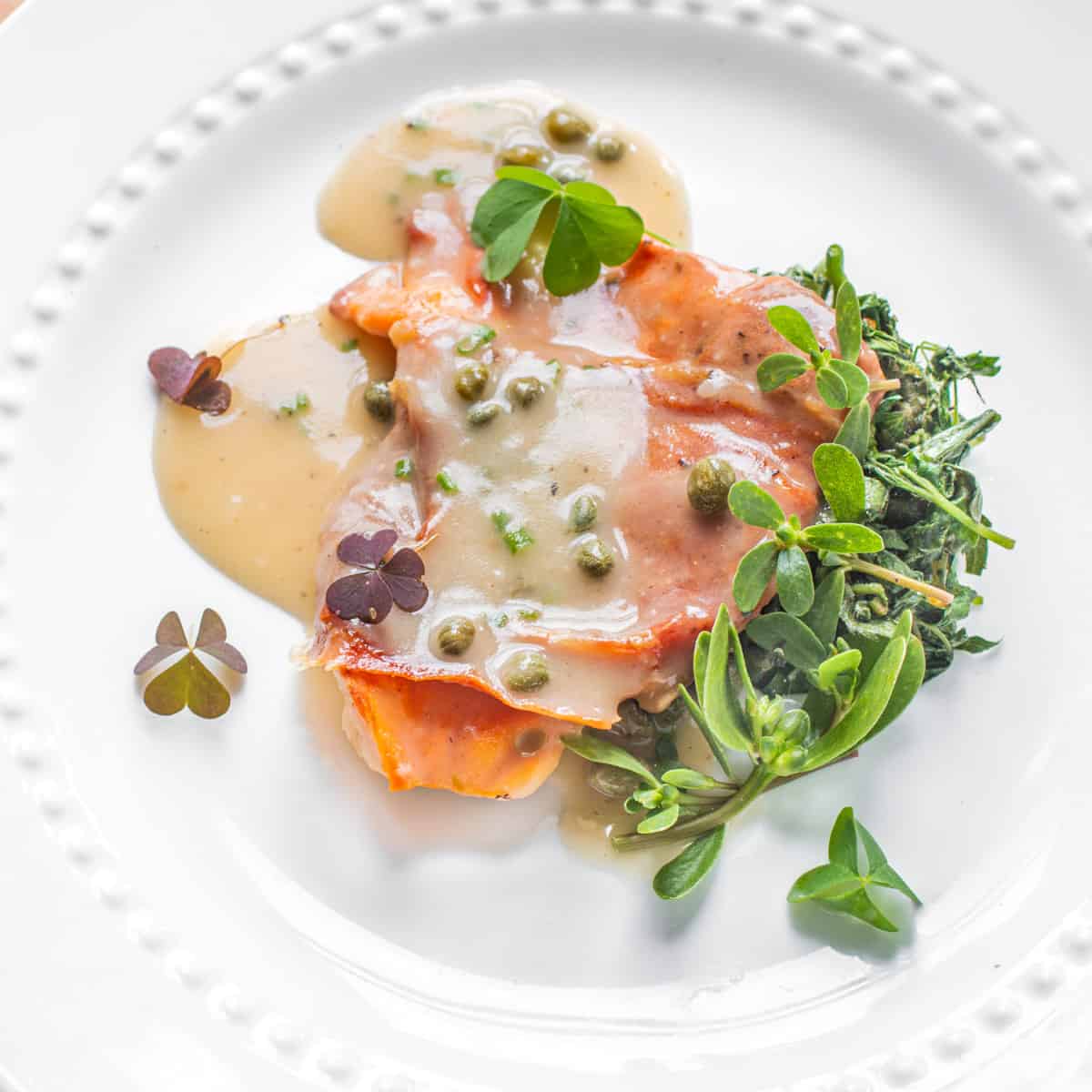 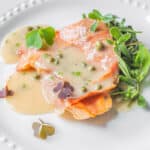 Chicken of the Woods Mushroom Picatta

More Chicken of the Woods