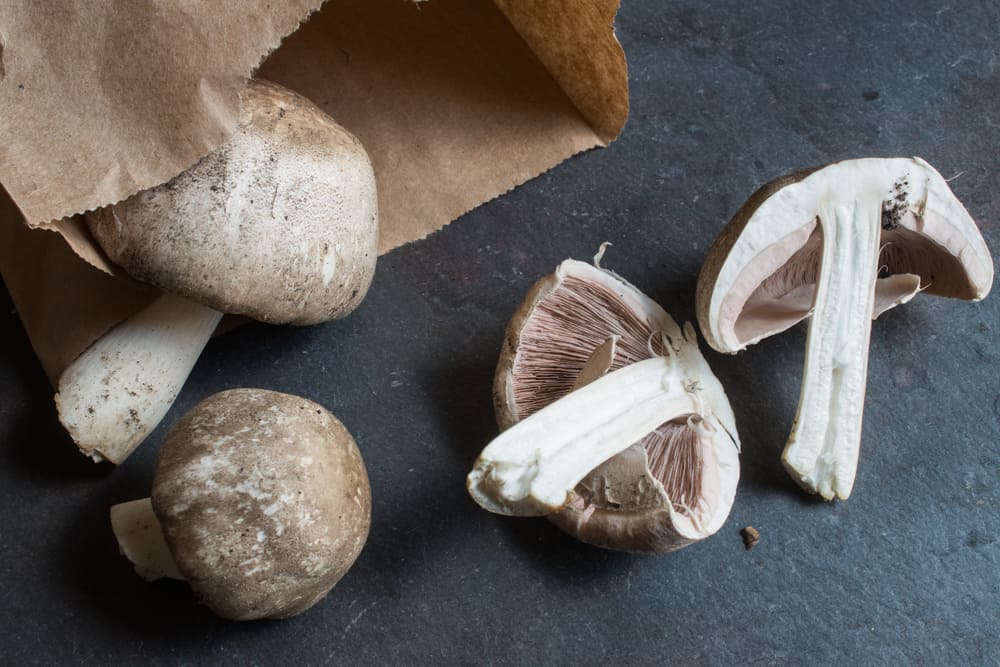 In my experience, this isn’t a mushroom that you will really hunt for, I tend to just see them around randomnly. They start to fruit in the early Summer, and like open places like fields, yards, and forest edges. When you do find some though you’re likely to find a bunch. After you find a place where they grow you can come back days after you picked the first ones, and probably find some more. The next year around the same time too, you can be pretty sure of them coming up again around the same area.

Cooking wise, these are a great, all around mushroom. They’re closely related to the button mushrooms in the supermarket and taste similar, but I’d say more mushroomy.

If you want to preserve them, you have a couple options. These can be dried, sauteed in butter and frozen, or pickled in a recipe for conserve like I posted here. Making powder from them to make broth and seasonings is also a good choice if they had bug damage, which is common with these. Just make sure that you don’t freeze them raw, aside from taking up too much fridge space, mushrooms get damaged by the freezer if they’re not cooked first. Even after cooking freezing and then thawing, they’re still not the same as if they were fresh. 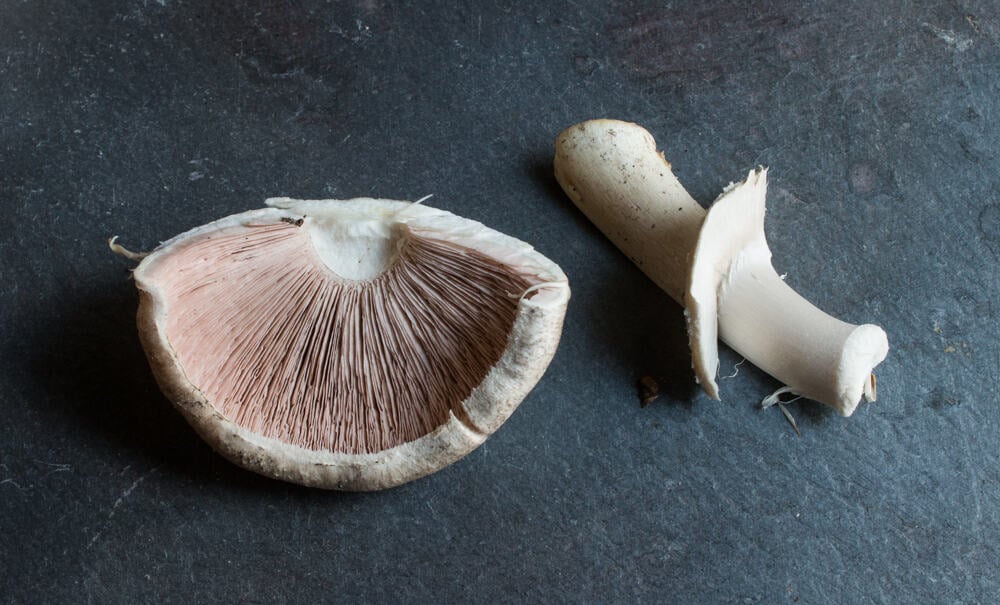 Note the slightly pink gills which will turn brown with age, and lack of yellow staining on cut areas.

Identification and Look a Likes

As far as look a likes,  there are some. There is one in particular that is bad, not deadly, just bad. They’re, rare, but they also have pink gills too which can be confusing, but I’ve never seen them in Minnesota where I pick. Here’s some general information and tips that should help you avoid bad guys, the most important things to notice are their smell and if they discolor when cut: 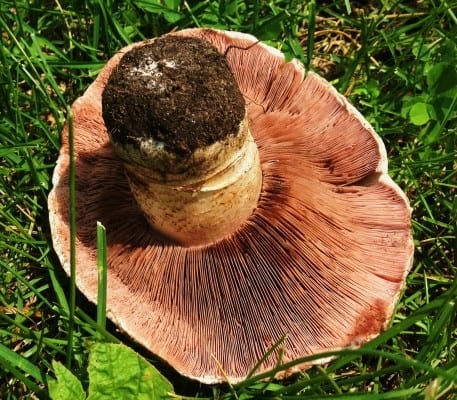 Older mushroom, whose gills are beginning to turn brown. Note the thick stem, pink gills, and lack of a sack around the base.

Recipes where these could be used and or substituted