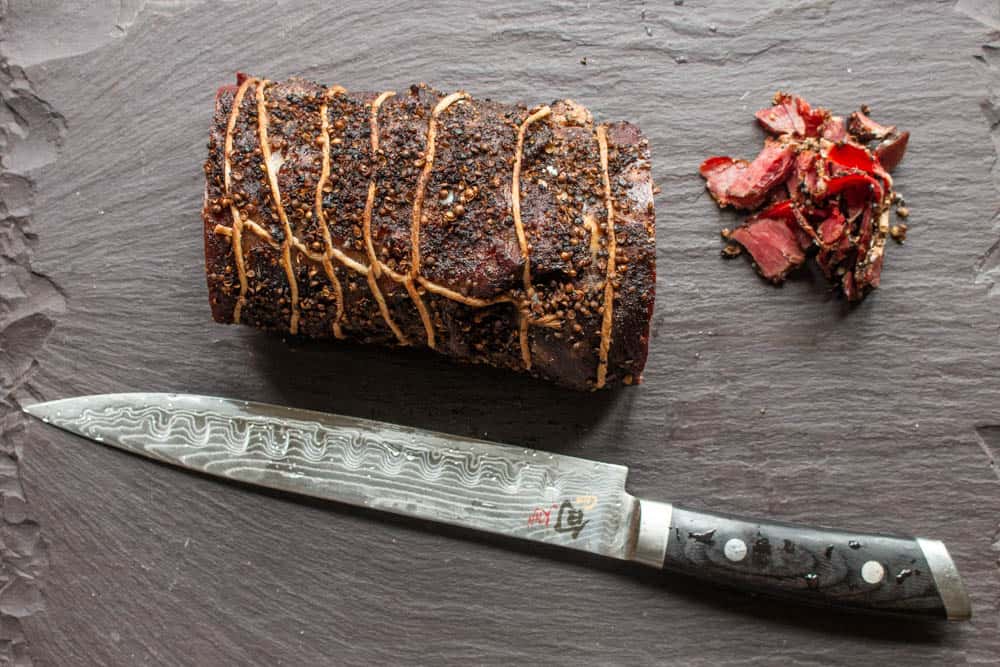 Pastrami made from venison neck was a great break from the usual pounded, stuffed roast-type recipes I typically do with my deer necks. You can slice it, you can dice it, boil it, put it on a sandwich, fry it up with eggs or stick it in your ear, it's a great way to take a cut plenty of people still throw away and turn it into culinary gold. If you've never taken the neck off a deer in one piece, I show how to do that in this video, which is also a great treatment for them if you want more of a center of the plate type dish.

Pastrami and it's cousin corned beef are some of the most popular ways to cook game I know of, and it's not hard to understand why. There's a certain magic transformation that happens when you soak tough cuts of meat in brine for an extended period of time. Brine is a great equalizer in the world of meat tenderizing, and you can just about make any cut from any animal tender by soaking it in brine and then smoking, braising or boiling it. 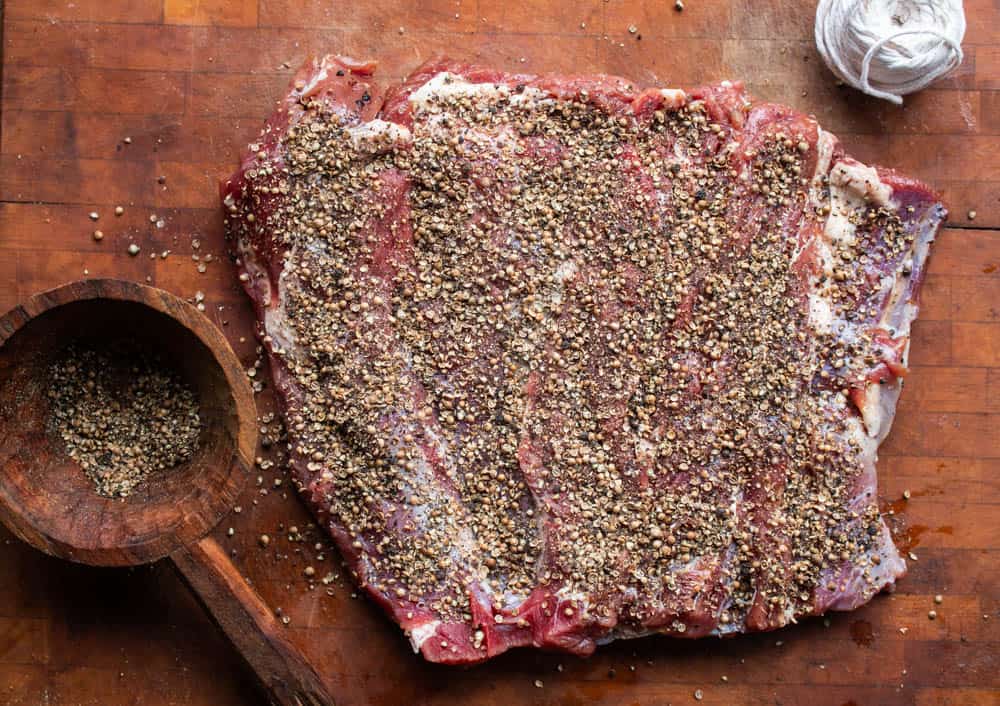 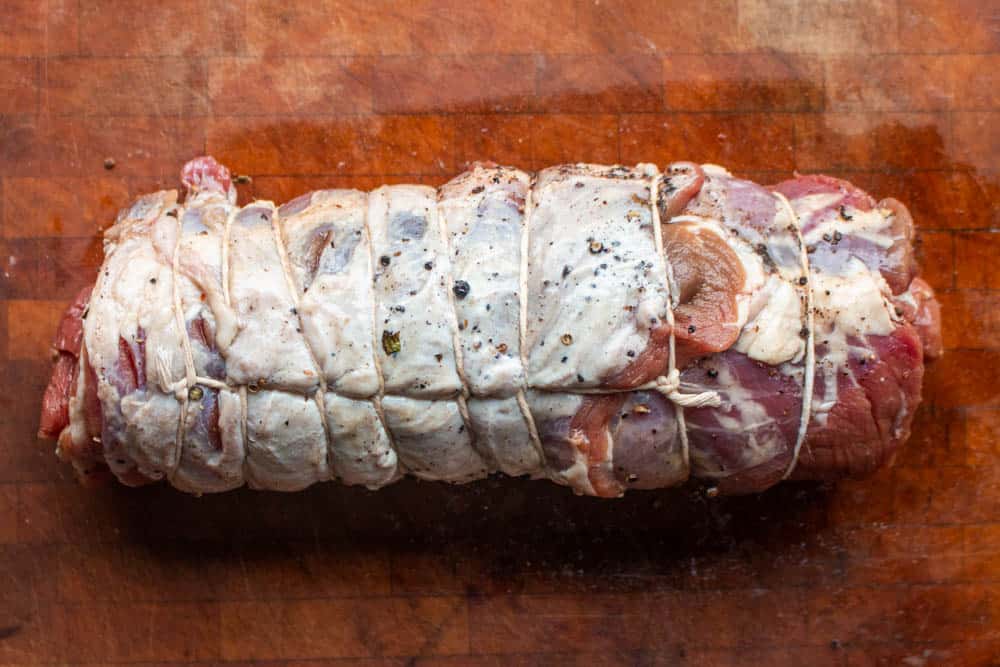 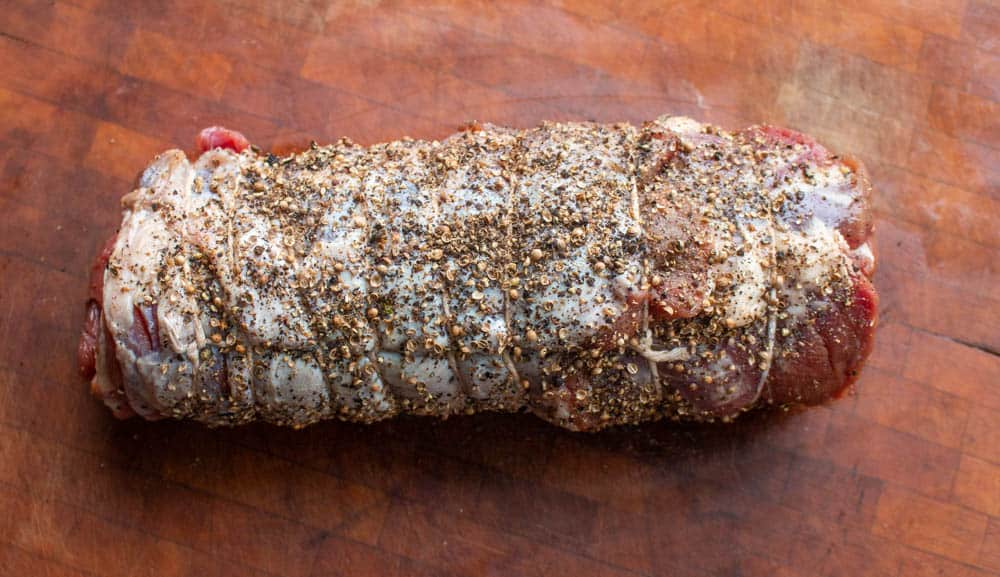 Deer pastrami recipes are nothing new, but venison neck is well suited to the prep here because of the flat shape of neck filets, which are the perfect thing to season, roll up and tie into a meat log. Typically with pastrami, you crust the outside of the roast with peppercorns and coriander before you smoke it, which makes a crunchy, aromatic crust. That crust is part of what makes pastrami so good, and is what sets it apart from it's corned cousin, which is boiled. Using a neck allowed me to not only crust the outside, but, since the neck is rolled and tied, the inside too, for maximum crunch factor.

If you haven't made pastrami before, I highly recommend trying it, with whatever cut of venison or game (goose breasts are great too). It's an easy charcuterie project for beginners. The finished product is useful for all kinds of things too, and they don't necessarily have to include being on a sandwich. You can dice it and cook with cabbage, fry it up with eggs (how I've been eating most of mine) and all kinds of other things. Moral of the story: save those deer necks! 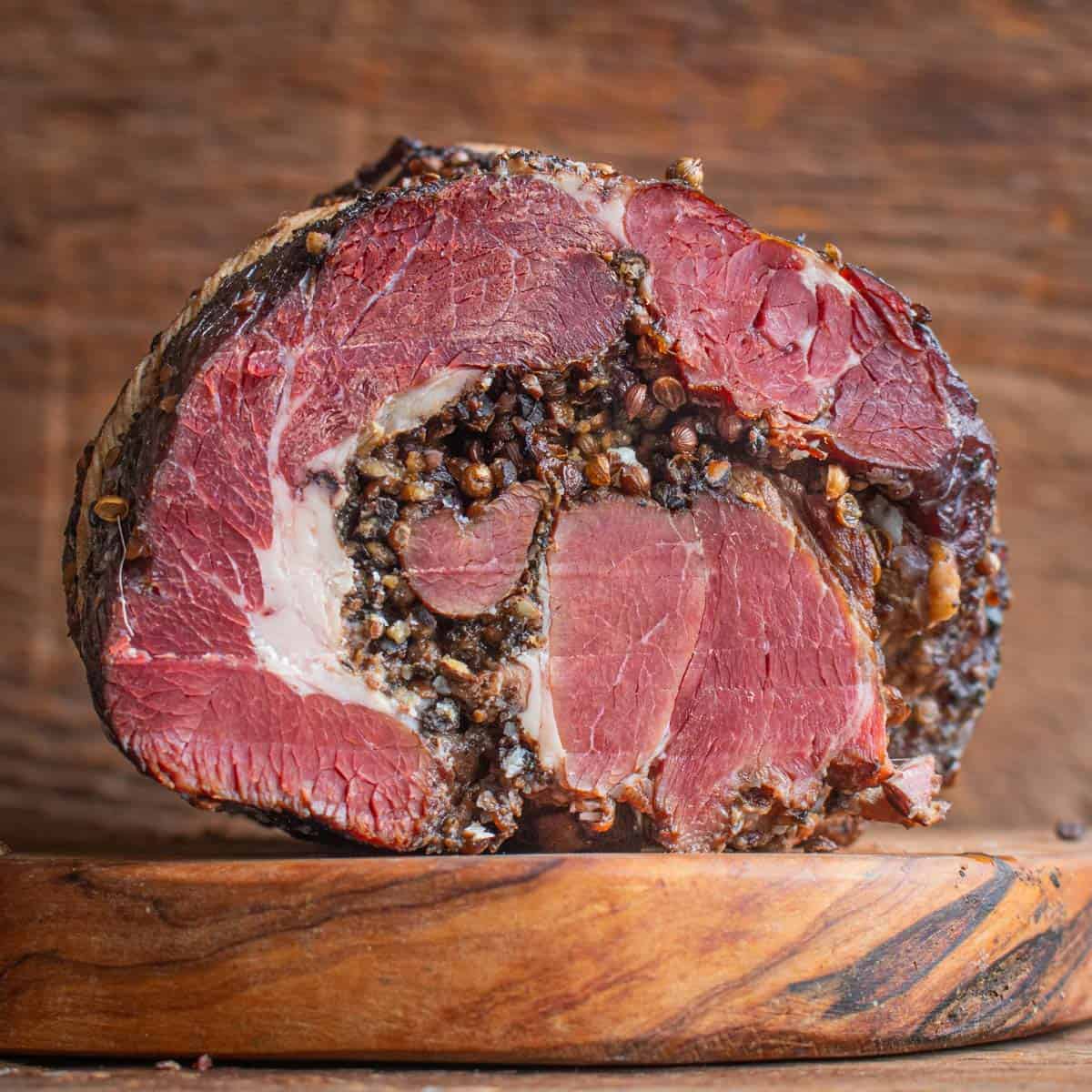 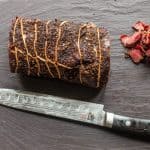 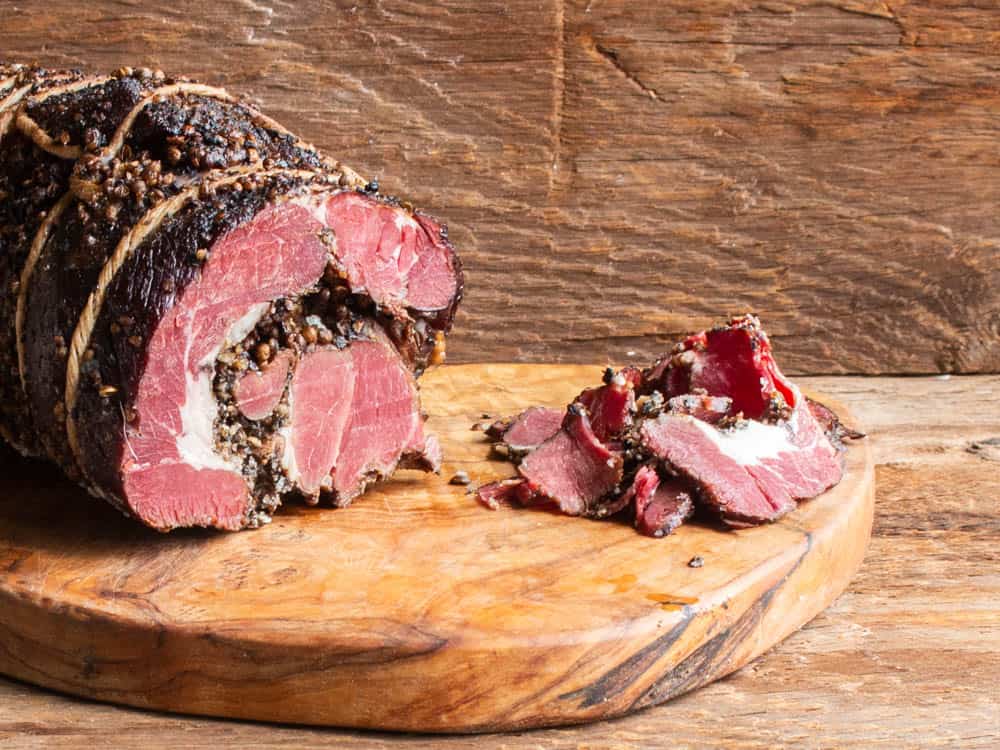