More and more I’ve found I have to hunt mushrooms vicariously through other people during the growing season. Thankfully I’ve built a pretty decent network around Minnesota and Wisconsin, and from there outliers stretching from China to Russia, Britain to Australia and beyond. Comparing notes on mushroom seasons around the world is an amazing by-product of this site I never expected.

Locally, My friend Alex, a mushroom hunting guide and I chat about what mushrooms are popping up or the occasional oddball shroom we can’t find an ID for. Last year she sent me a picture of an interesting mushroom asking if I had an opinion on it. It was a polypore, shelf-type growing from a tree, but not just any polypore. A chicken of the woods or a dryad’s saddle are a dime a dozen compared to what we both knew was in the photo: a beefsteak mushroom, or Fistulina hepatica.

From my experience many mushroom hunters have never even heard of them. Beefsteak mushrooms, (also known as ox tongue mushrooms or fungus depending on your adjective preference) are a relatively rare polypore, the closest I’d come to eating them was reading about them in David Arora’s Mushrooms Demystified, and Anthony Carluccio’s The Complete Mushroom. They’re rare in their look, but also in flavor. The mushroom itself is red, resembling meat, and gives off a red juice when sliced, kind of like a very young chicken of the woods will leak a fragrant orange liquid when they’re very young.

The flavor is where things are supposed to get interesting. They’re a mushroom often eaten raw, supposedly with a sour flavor like sorrels. In a world where 99% of mushroom dishes are made with the same, bland cultivated mushroom cooked with cream or made into stroganoff, the beefsteak holds a place that’s pretty unique.

I got excited. Alex said the mushroom was a little beaten up, but asked if I wanted to take a look at it, which I of course I did.

She stopped by with a couple mushrooms and a paper bag filled with something wet, and heavy. I remember holding the weight in my hands and peaking inside the bag, digesting feelings of excitement and uneasiness. What was in the bag resembled something from a murder scene: wet, bloody looking and viscous, it didn’t exactly evoke inspiration. 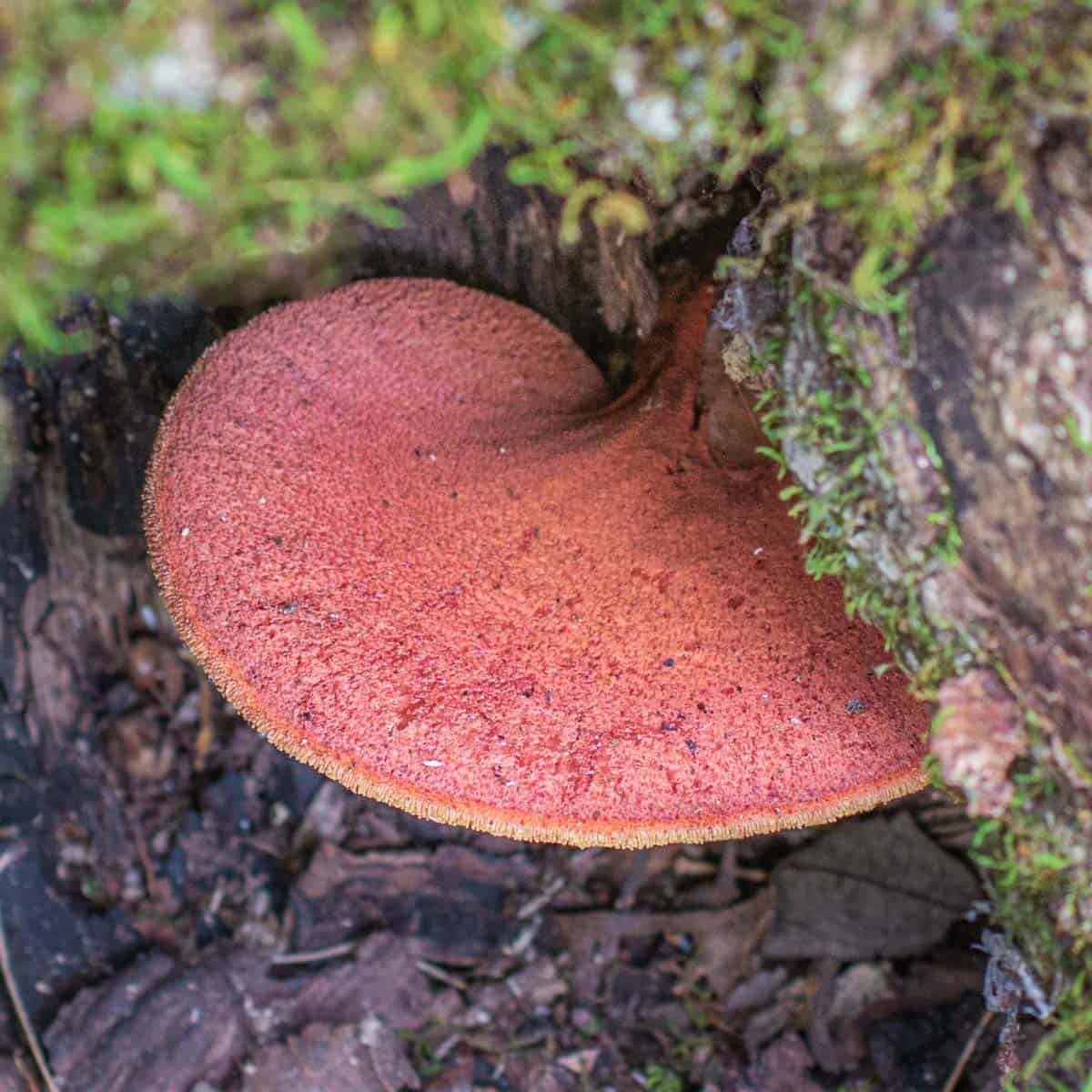 I took the bag home to clean and inspect them the next morning. I wasn’t the first to sample my beefsteak mushroom, slugs had already dined on the pores underneath. Unlike when slugs and insects munch on hen of the woods though, or other similar polypores, the only portion of the mushroom they touched was the pores, the flesh or meaty part was completely untouched. Surprising too was the complete lack of any white larvae, not a single one. Some mushrooms have natural resistance to the larvae, the beefsteak definitely has one if not the strongest resistance I’ve seen in a polypore. I’m no scientist, but I might chalk it up to the sourness of the flesh, since acids like oxalis in plants (sorrel) can function as a defense mechanism against animals eating them.

Accounts of eating beefsteak mushrooms are not exactly common, but one similar thing I read is that people say they’re sour like sorrel, with a texture like meat.

Well, from what I ate that’s right, kind of. Sliced thin, the mushrooms are tender, with a little chewy bounce to them. The flavor itself isn’t anything remotely close to the powerful oxalic sour of sorrel or rhubarb. It does has a tartness, but the flavor to me came off diluted by the large amount of water the mushroom retains. In short it was slightly tart, tender, and watery.

The beefsteak was going to need some help. First I started by just putting some salt on it, which was better, then I started a few other experiments. They were seared in a hot pan, marinated, roasted in big pieces and sliced, then marinated, brined, dredged and fried, all kinds of stuff.

A lot of the resources I saw online said that the mushrooms will need long cooking to be tender, I didn’t have that problem at all. Sliced thin, as pictured below, I had no problem with them having a tough texture. It would be great to compare younger and older specimens though.

They’re definitely fine to cook, or bread and fry. But it’s hard to make anything fried taste bad. I found I liked them raw, mixed with other ingredients and prepared simply. I enjoyed them the most when they tasted pure and un-manipulated. A fascinating mushroom, I just wish it tasted more sour, I’ll have to try another one this year.

How about you? Have you eaten one? Anyone have anything I can add about this funky shroom?

Here’s been my favorite prep so far. 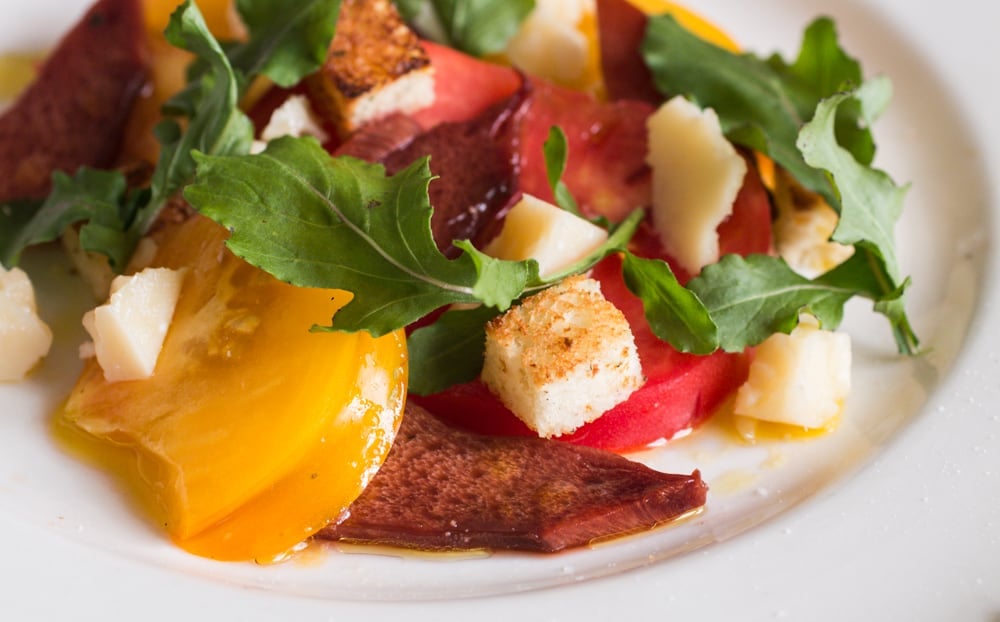 Using a paring knife, remove the cores from the tomatoes. Slice the tomatoes or cut them into wedges, whatever you prefer, or whatever looks best with their particular shapes, then arrange the on plates with the mushrooms and season with salt, pepper and some good olive oil. Scatter some of the cheese and croutons over each plate. Top the salad with some arugula, then serve immediately.