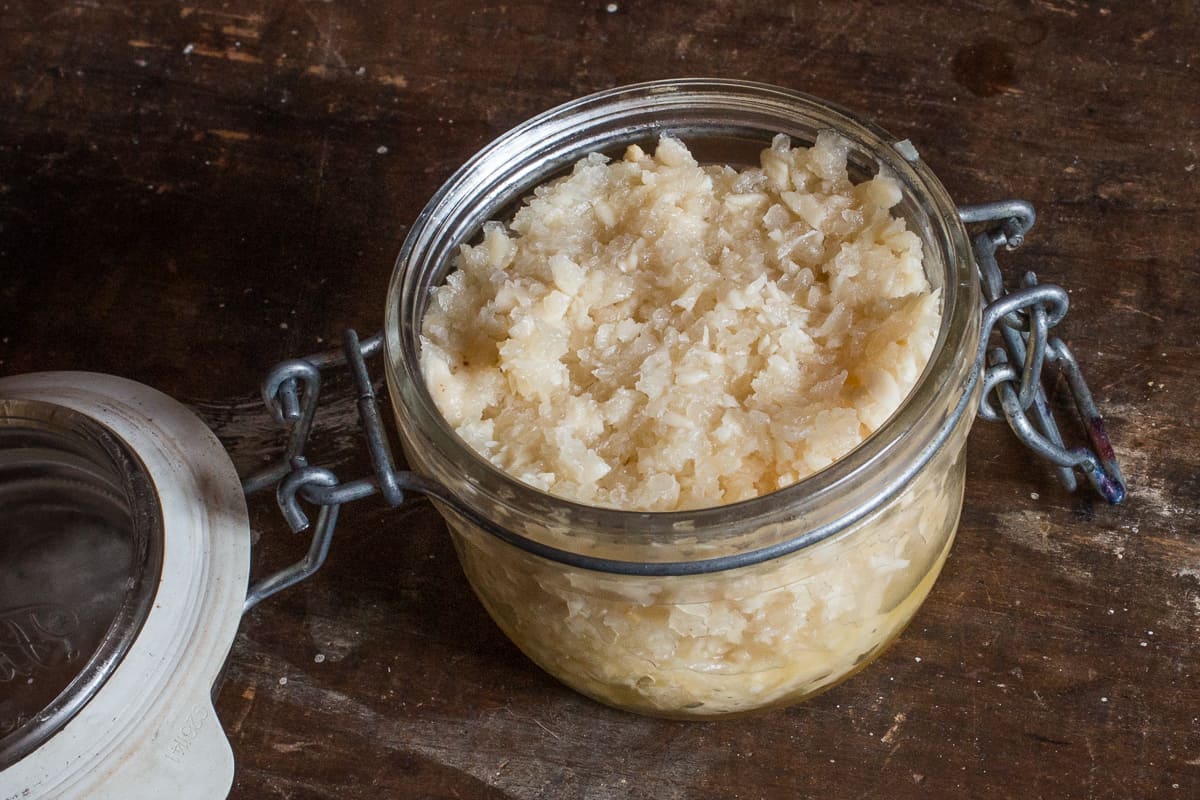 I’m not Jewish, but they’re masters of doing interesting things with poultry lard, and I love duck fat.

This is one of those under the radar-cultural specialties people get flushes of memories from, or so the stories go. You might find it in an old delicatessen, or place that sells things like gribenes, and gefilte fish–old school Jewish style, specifically the eastern European style or Ashkenazi, as opposed to Sephardic, which tends toward Arabic flavors. Basically it’s grated radishes mixed with poultry fat, garlic and salt. Early versions were likely fermented, very stinky, and delicious. Mine is all of those things.

The first time I read about this was in the book 1000 foods to eat before you die-a treasure trove of regional and specialty foods from around the world. Somewhere inside was a funky sounding recipe using grated black radishes mixed with garlic and chicken shmaltz, the author claimed it was not “for the faint of heart”. 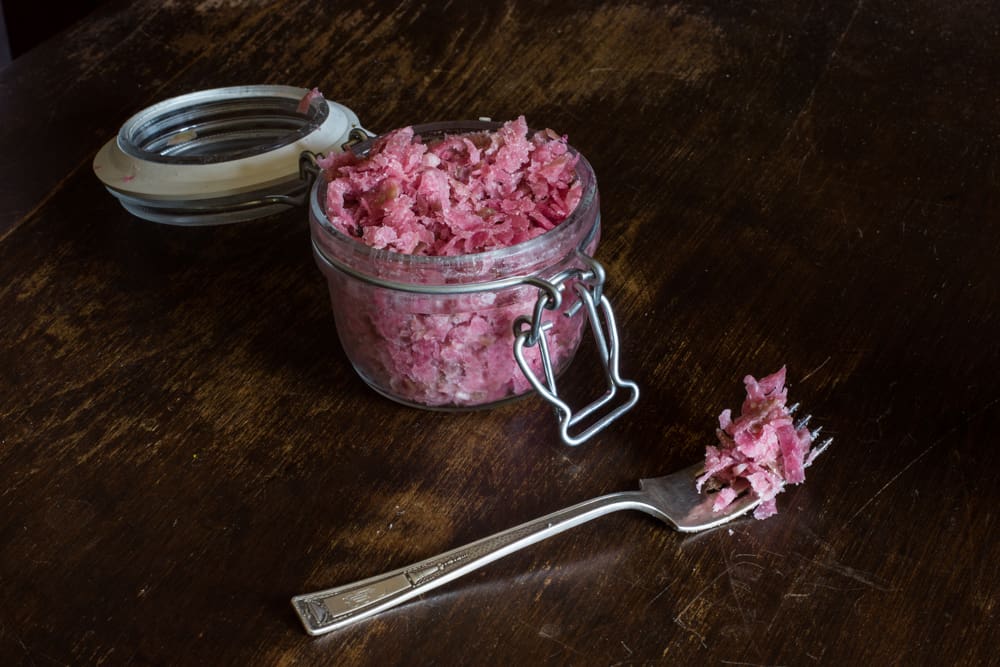 One of my early batches of radish shmaltz, note that I used animal lard in this one, so it needed to be warmed to be spreadable. You can experiment a bit, but it needs to be a spread.

I live for all manner of stinky foods, so I made a couple versions to see if it would be too stinky to serve customers. If you haven’t experienced the aroma of a pickled or marinated radish that has sat for a few days before, prepare yourself, and open up a window. The aroma is one of the strongest in the vegetal world I know of, but the flavor is mild.

After marinating in the fat for a while the radishes soften and become almost like a spread, soaking up the aroma of the shmaltz which could easily be infused with different things (hard herbs like rosemary or sage, or a blend). 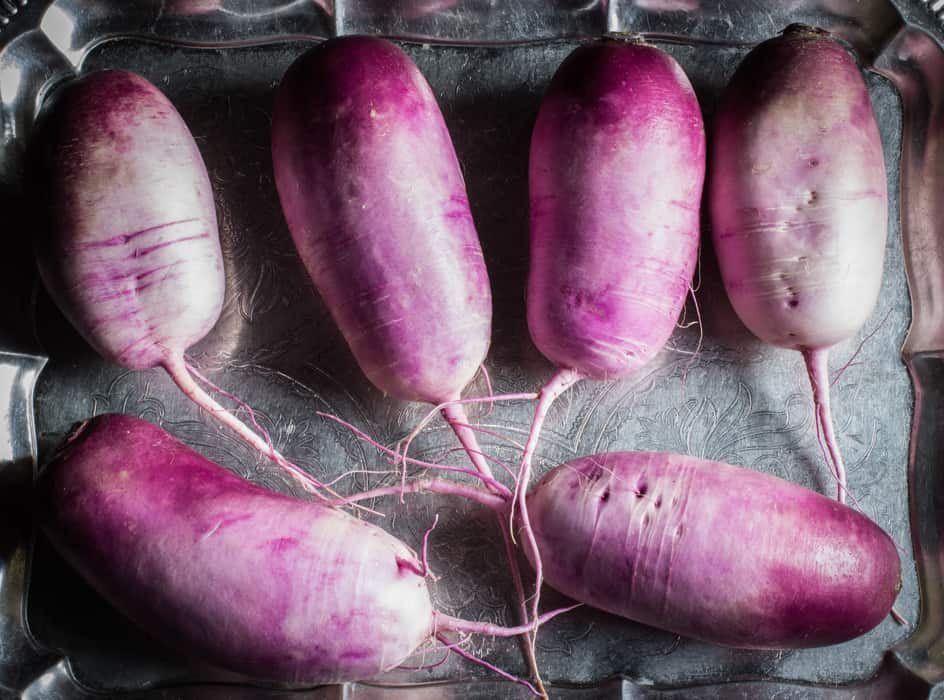 Another fun radish we used was lavender radish, an heirloom that’s purple on the inside. They’re mild compared to Spanish black radishes.

I liked it so much we started playing around with different variations and putting it on our amuse-bouche at the restaurant. We made it out of carrots with ginger and bacon fat, watermelon radishes with duck fat, breakfast radishes with soft butter, purple radishes with smoked lamb fat and garlic (served warm). We made so much of the stuff we just started to call it “shmaltz”.

Experimenting with different ingredients taught me a couple things:

If you’re wondering what you do with stuff like this, here’s a few great ways to enjoy it: 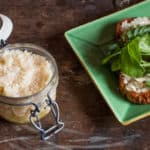 These would be great smeared on a sandwich or with a slice of cheese and watercress on warm bread. Yield: about 2.5 cups
Prep Time30 mins
Aging Time3 d
Course: Appetizer, Side Dish, Snack
Cuisine: Jewish
Keyword: Radish, Rillettes, Shmaltz, Winter Radish