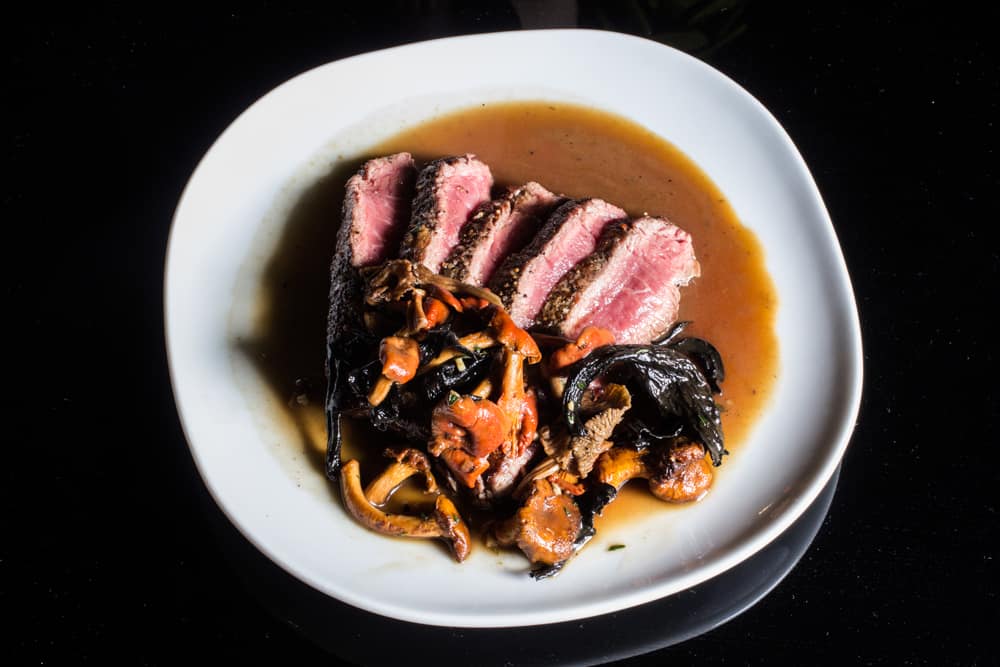 Grass fed beef is all the rage, and customers really think they want it. Ethically you do, but there's a disconnect between the beef most people have eaten all their lives, and grass fed beef. In short, grass fed beef is lean and tough-it's supposed to be. This poses problems when diners expect it to have the mouthfeel and taste of soft, corn-stuffed beef.

Personally, I just like beef. I enjoy 100% grass fed beef for what it is, and the same goes for grain finished.

Enter Certified Piedmontese beef-one of the best I've tried, and what I used to sell at The Salt Cellar. It's raised mostly on grass, but is finished on a mix of grains to soften the meat. The real kicker though is the cows themselves, they have a genetic quality related to a trait known as "double muscling" that makes them have nearly the same impact on you body as grass fed beef, which is what everyone who is morally and health conscious is after. In the end the beef yields great flavor, and tenderness, as well as being something I can feel good about serving ethically.

When I first learned of the beef a few years ago, it was through of a copy of their industry magazine laying on my boss's desk, an issue that he'd contributed recipes to.

Recently I got a call from the company inquiring about writing some recipes for their 2016 February issue of their magazine. The only tricky part is that the recipes are supposed to be approachable to the home cook, which is easier said than done. This doesn't mean that I had to dumb things down, just the opposite. But it does mean I won't write recipes that need 5 saute pans for plating.

There are so many different cuts of beef available that picking one can seem daunting, but I knew I didn't want to use anything that was typical, i.e. tenderloin. Bavette steaks are not well known here, but they are in Europe.

When I was in Provence last year, it seemed that every restaurant had only two cuts of beef: ribeye, or the bavette. The bavette is a little more chewy than most steaks, but I enjoy the texture, and the flavor is excellent. The wild mushroom pan sauce here is made from the brown bits left over in the pan from searing the steak.

If you want to try a bavette, most American butchers will be able to find it for you if you give them some direction. Officially it's part of the short loin section of the cow. Confusingly, it's also known as flap meat, comes from the belly like the flank steak, and is very similar in texture. 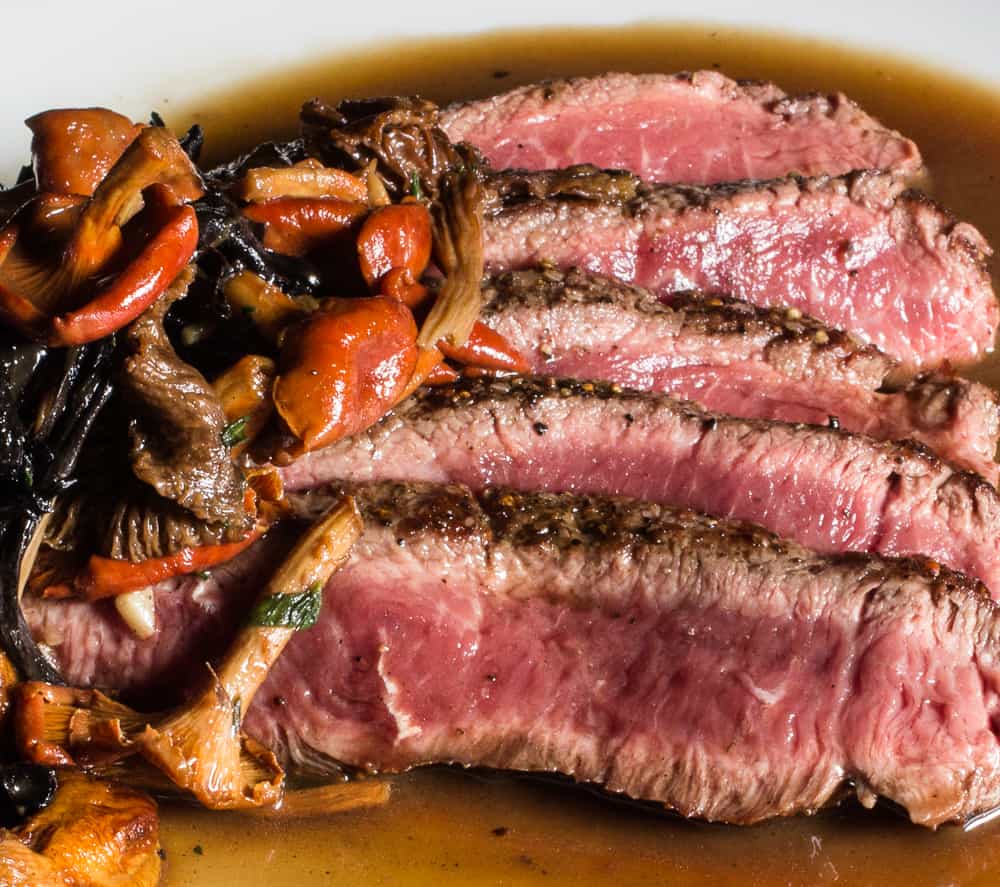 The preparation is simple, saute a steak and make a quick pan sauce.

Interesting depth comes from the "5 chanterelles": hedgehogs, golden, red and yellowfoot chanterelles, and black trumpets. You could make it with only one species, but I wanted to make a statement about the relation of all of these, since they're similar in texture, shape and size.  Using a combination of dried black trumpets and cultivated mushrooms like shiitake would be a decent substitute if you don't have chanterelles. Serve with mashed potatoes or polenta, some wilted bitter greens or broccoli, and maybe a piece of bread to soak up the pan sauce.
« Candied Angelica Stems Recipe
Pumpkin Butternut Squash »