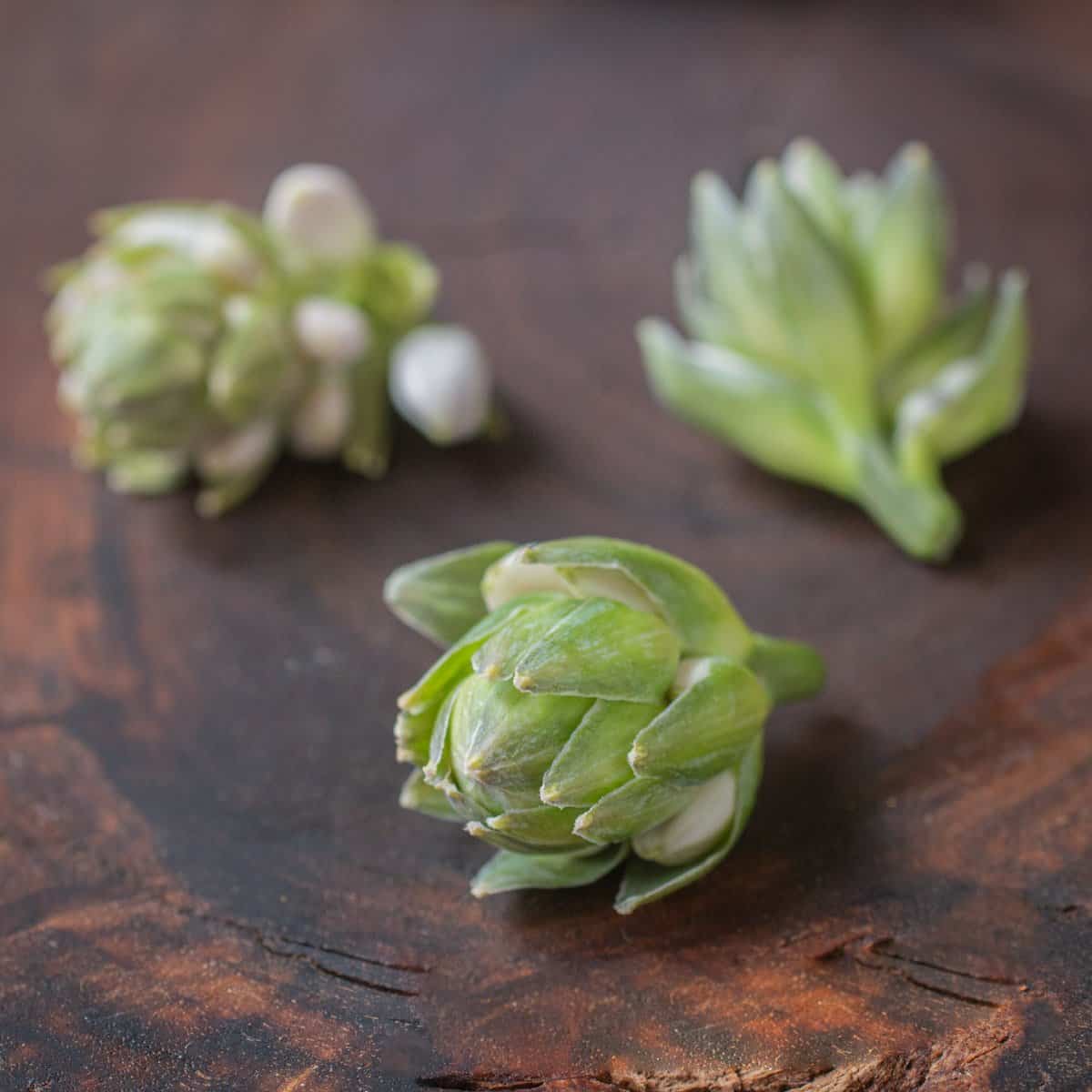 Hosta buds, harvested before the flowers form, can make a fun addition to a meal.

Wait a minute, that looks like an artichoke! I stooped down and snapped a hosta bud off of one of the plants in the garden of my apartment building,  put it in my pocket, and went to work.

When I got to the kitchen, I took the little bud out of my pocket, it was an attractive pattern of tightly coiled petals, still fresh as if I’d just picked it a couple hours later. 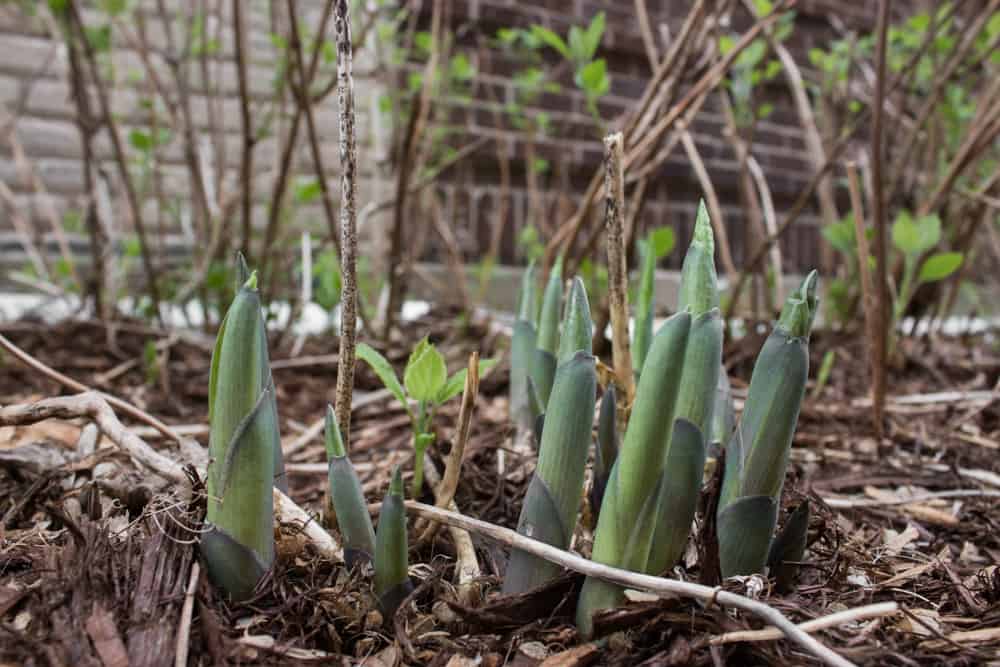 Hosta shoots, eventually these will grow flower buds, and then flowers.

I found out earlier in the year that eating hostas raw is no bueno for me: I get a sort of scratchy throat feeling, I don’t know if I’d say it’s an allergy, but it’s definitely an intolerance of some kind. I get the same feeling if I eat a few different species of Gallium, especially the most common species. The uncomfortable feeling is definitely not as strong as the allergy I have to raw daylily shoots and flower buds- a really strong nausea that doesn’t involve vomiting. 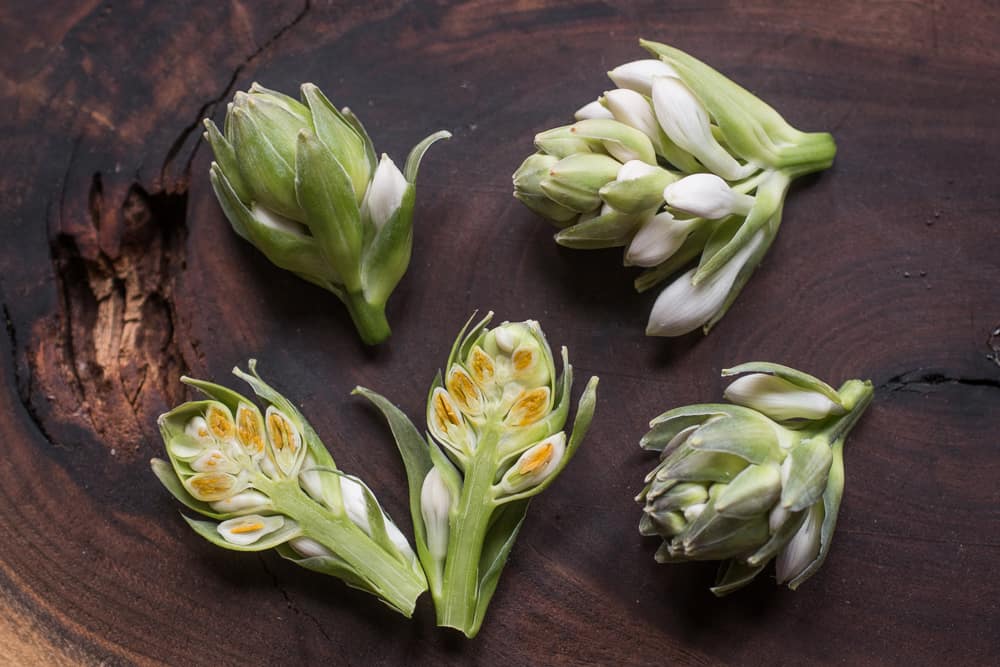 I dropped the hosta bud into a little boiling, salted water and cooked it for just a moment, for a quick blanch. The dull green turned a vibrant hue, that attractive, super-chlorophyll color you get from dunking in boiling water or cooking quickly. I took the bud out of the pan, rolled it around in my palm and poked at it to see if it was tender. It wouldn’t be as tender as an artichoke heart, but it wouldn’t suck dipper in butter, either. Even though the flower buds, compared to the delicious hosta shoots are more of a novelty, my hunch was right. 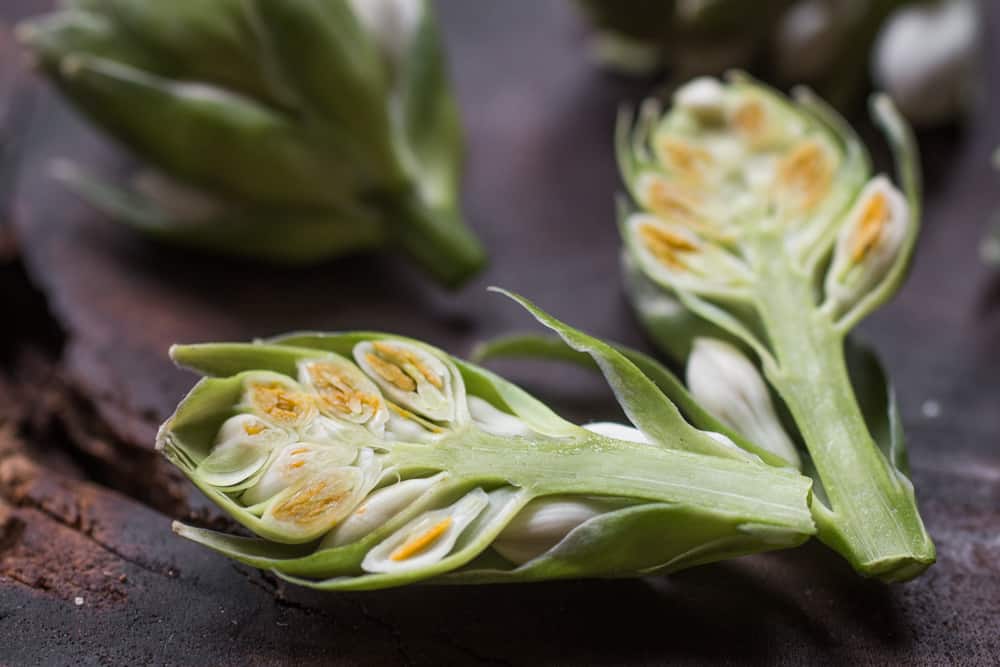 Hosta buds are a great example of how watching plants grow and paying attention to new, young parts can show you new vegetables. If I see something young, something new, I know that a lot of the time, that young growth tissue (meristematic cells) will be tender. If it will actually taste good can be an issue (plantain shoots) but for me it’s a tried and true method for sleuthing out new foodstuffs.

Hosta flowers are the last edible stage of the plant, they can be sprinkled on salads and, whatever you like. They have a nice, sweet flavor.

The best part about the hosta buds is that if you’re growing them as an ornamental, you don’t have to sacrifice the pretty white flowers. Hosta buds are only the very tip top of the flower stalk. More unopened flowers are located down the stalk, and they’ll keep flowering after the shoot is gone. You might not even notice their gone, my landlord hasn’t said anything yet.

There’s a lot you can do with these. Steaming them and dipping in butter was something I thought of as a novelty, but if you have only a few to eat, it would be a fun way to make a little appetizer out of them to surprise someone. 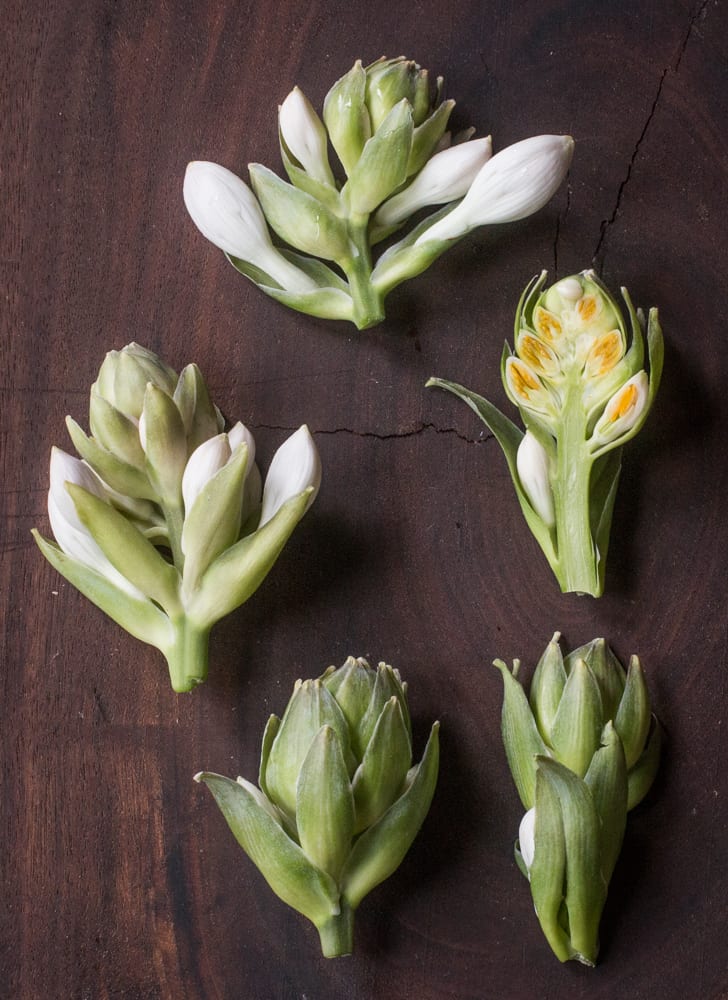 I’d say that the way I cooked them the most though was just a quick sauté in a pan until they’re hot, if you want, you could blanch them beforehand, but they might be more apt to fall apart then. Cutting extra large ones in half is also good since the underside can be seared and browned, showing off the cross-section of the cut bud. Either way, I’m sure you can find something fun to do if you come across some.

One last thing. A lot of hostas have smaller flower buds. I don’t know the exact species I’ve been picking, but they’re worth it. For eating, as with the shoots, you want the biggest you can find. Catching them at the right time yielded a good half gallon bag of buds that were the width of a quarter. I was surprised at how many I was able to pick in such a short amount of time.