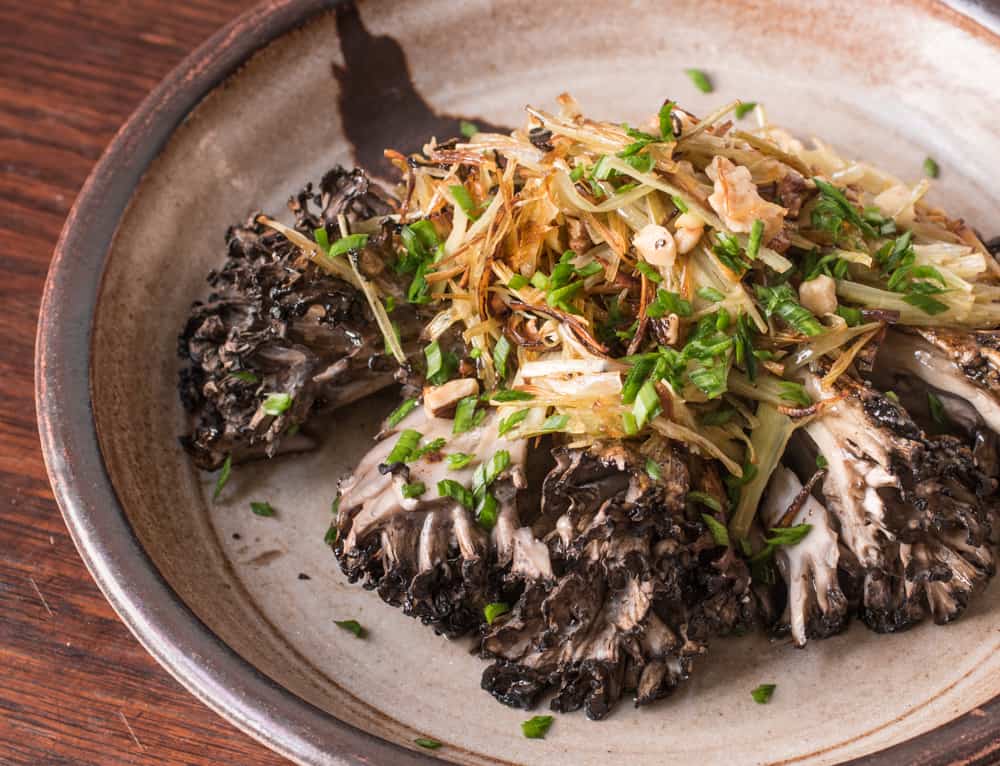 Since hen of the woods can have such a large size, I love swapping them out for meat in recipes. With the maitake coming up in earnest in late September/October right now I've had more than my share of them hanging out in the fridge waiting to get cooked, so big ol'chunk of hen has been on the menu often, and you won't hear any complaining from me.

One of my favorite recipes I was toying with hit the mark on the first try: a big hunk of hen pan roasted like a piece of meat, with a good handful of julienned leeks tossed in for the last few minutes of roasting to soak up some flavor from the pan and brown around the edges.

The inspiration came from a few different places, but mostly from being at my grandmothers house having a burger the other week, complete with a little pan of her fried onions, slighly black around the edges.

Old timers I used to cook burgers for on West 7th street in St. Paul will agree with me here: there's an art to the cooking onions, and a little char, as opposed to caramelized onions, which are very sweet, can be a great foil for something rich, like a Sunday roast. 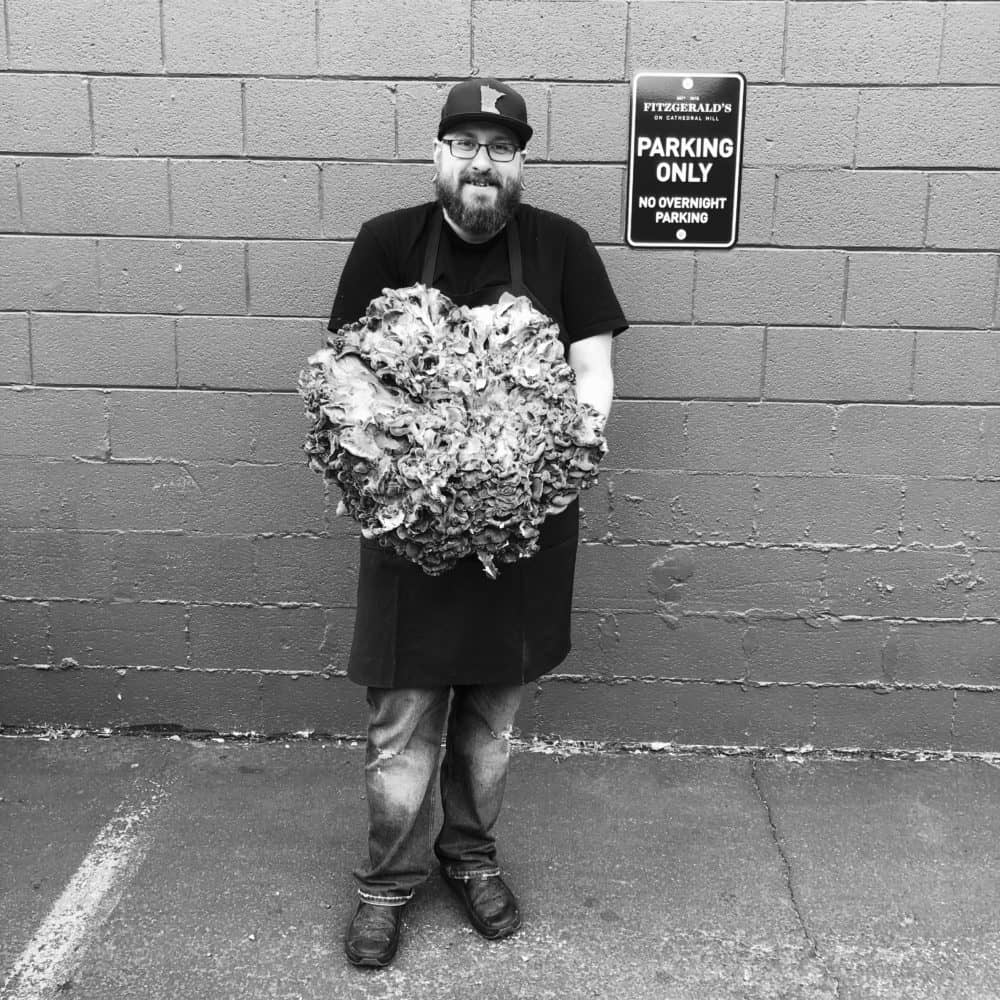 My friend Jeremy with a big bastard hen. I donated it to him, as it was donated to me. I had no desire to clean that monster in my apartment, or a resto kitchen for that matter. I feel sorry for the prep cooks.

After the leeks and mushrooms are cooked, I finished it off with a few black walnuts for an earthy undertone, cut the hen into slices, spooned all the goodies and browned butter from the pan on top and called it dinner, with a bowl of greens on the side.

Just a different way to make them you might try sometime. The black walnuts (or a nut of your choice, as long as they’re toasted!) are optional, but complete a good earthy flavor trio of mushroom, onion, and nut. 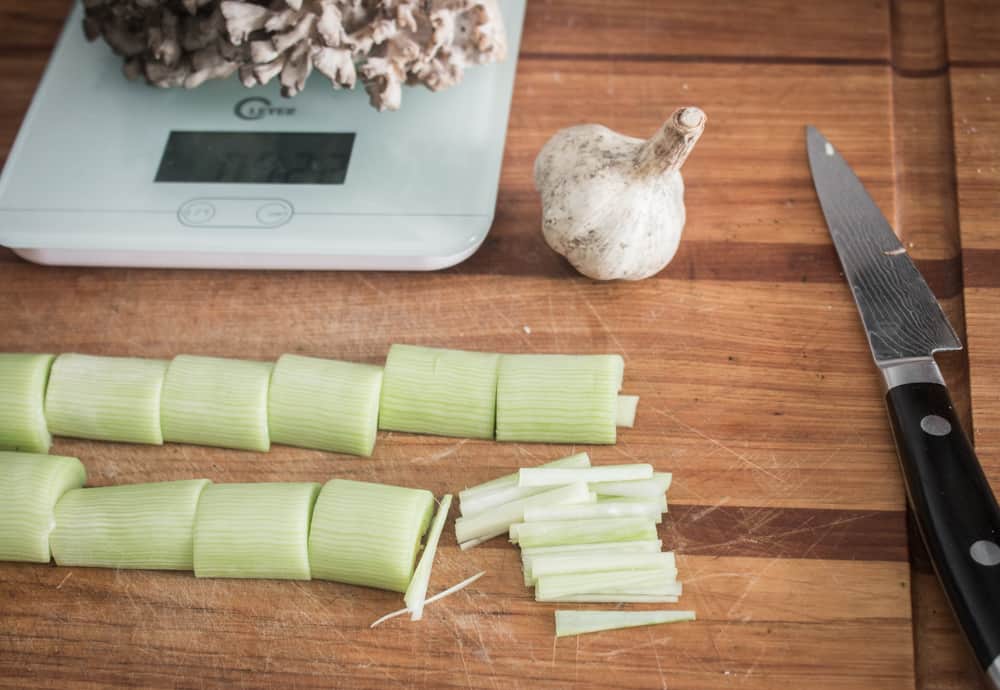 Cut leeks into julienne against the grain 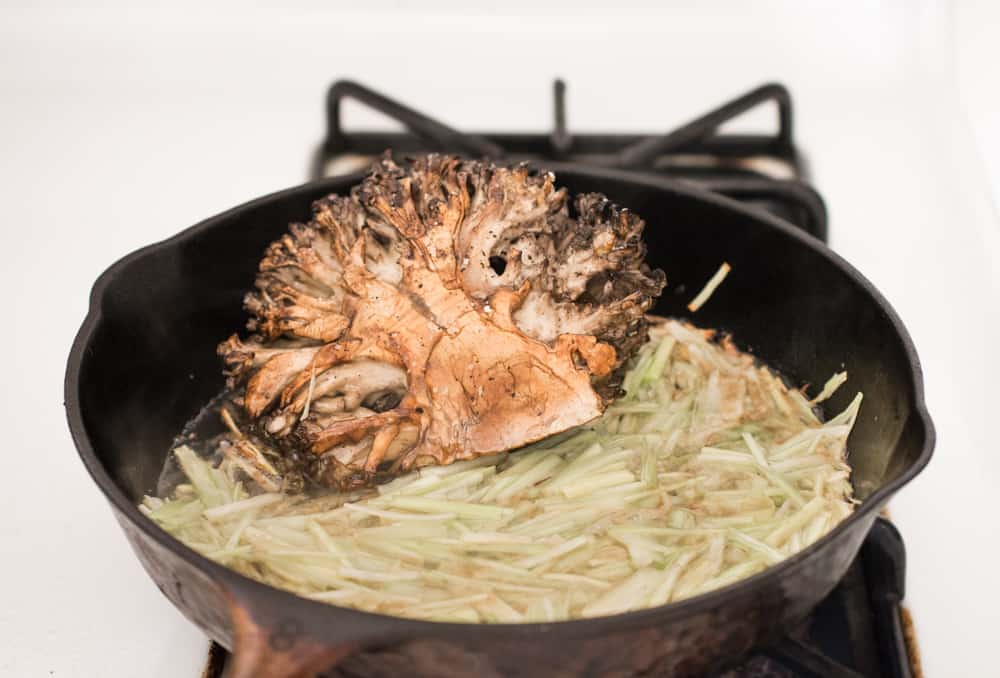 Pan sear, then add a bunch of butter to the pan and roast to finish. 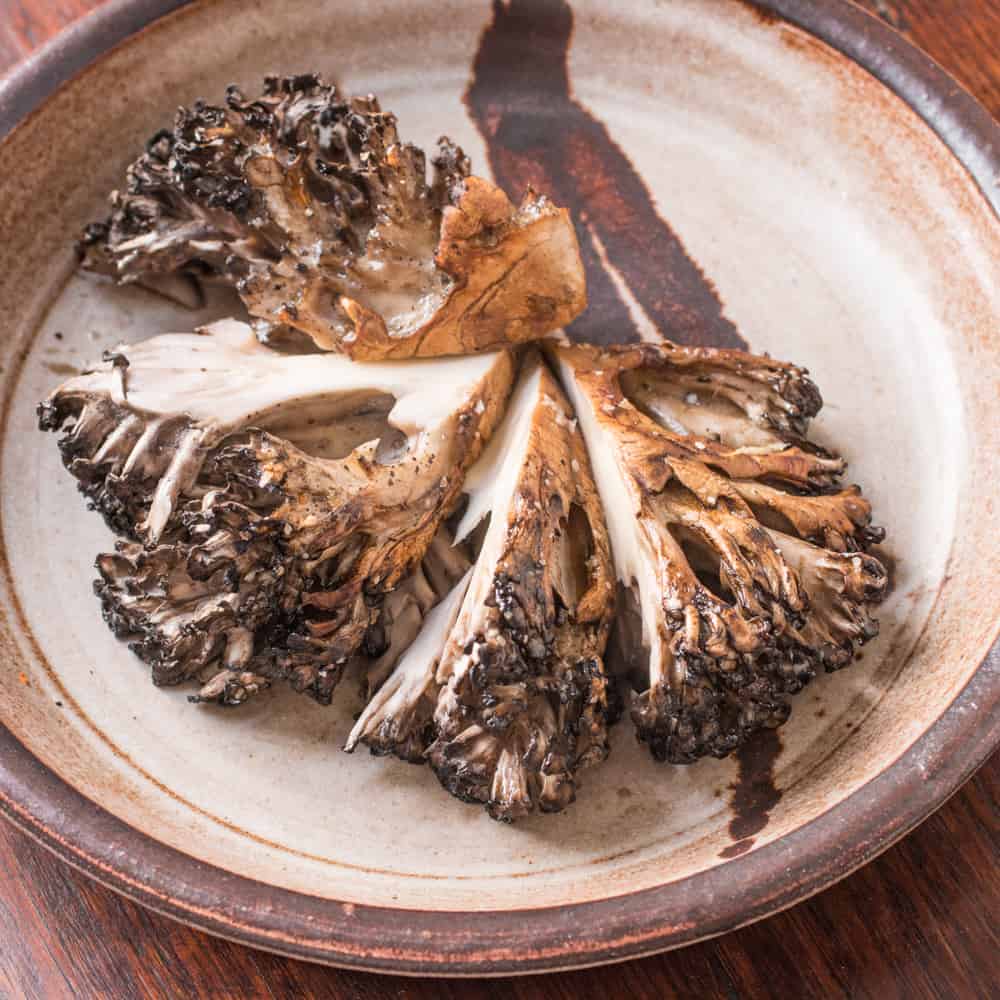 Slice the roast, then garnish with the goodies from the pan.

Before you try cooking large pieces of hen of the woods, clean them, then clean them again.

One thing to mention about cooking large pieces of hen is that, unfortunately, just because you found a large hen doesn't mean you're going to be able to treat it like this, since nature doesn't care about what humans enjoy eating.

As the hens grow, if there's a rainfall, or a couple, or just a good wind, particles can go into the shelves, nooks and crannys of the mushroom and literally grow into the flesh, as it continues to grow, especially the pore filled underside of the fronds.

The recipe here is the simplest form. The walnuts are optional and, if you can get some, fresh thyme would be a great addition to the leeks as they cook. 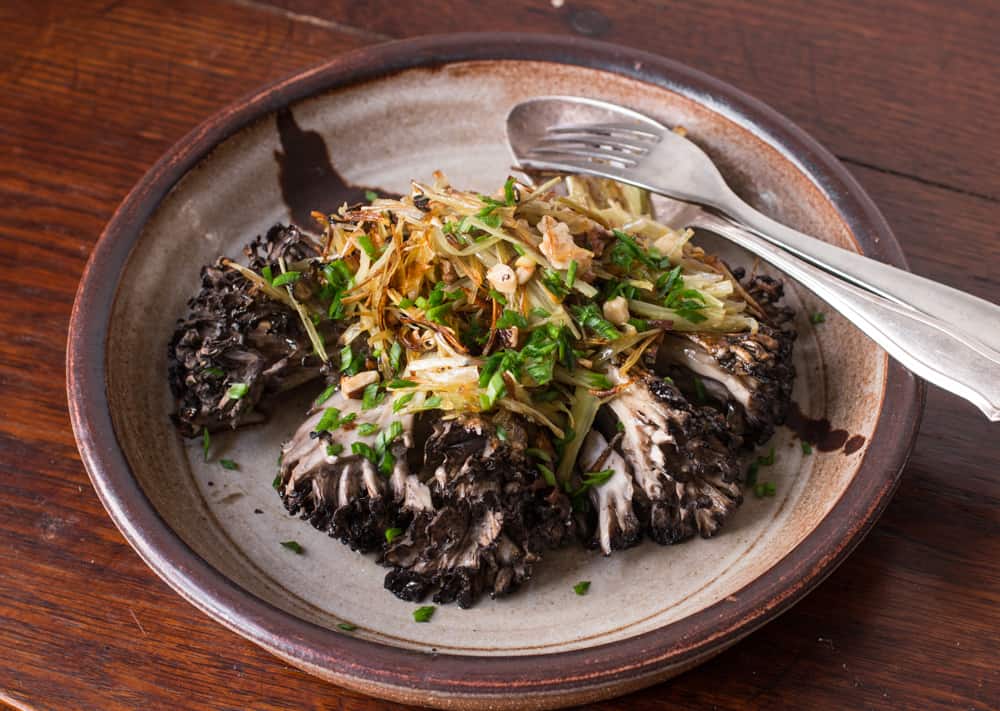 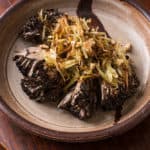 Hen of the Woods Roast with Leeks and Black Walnuts