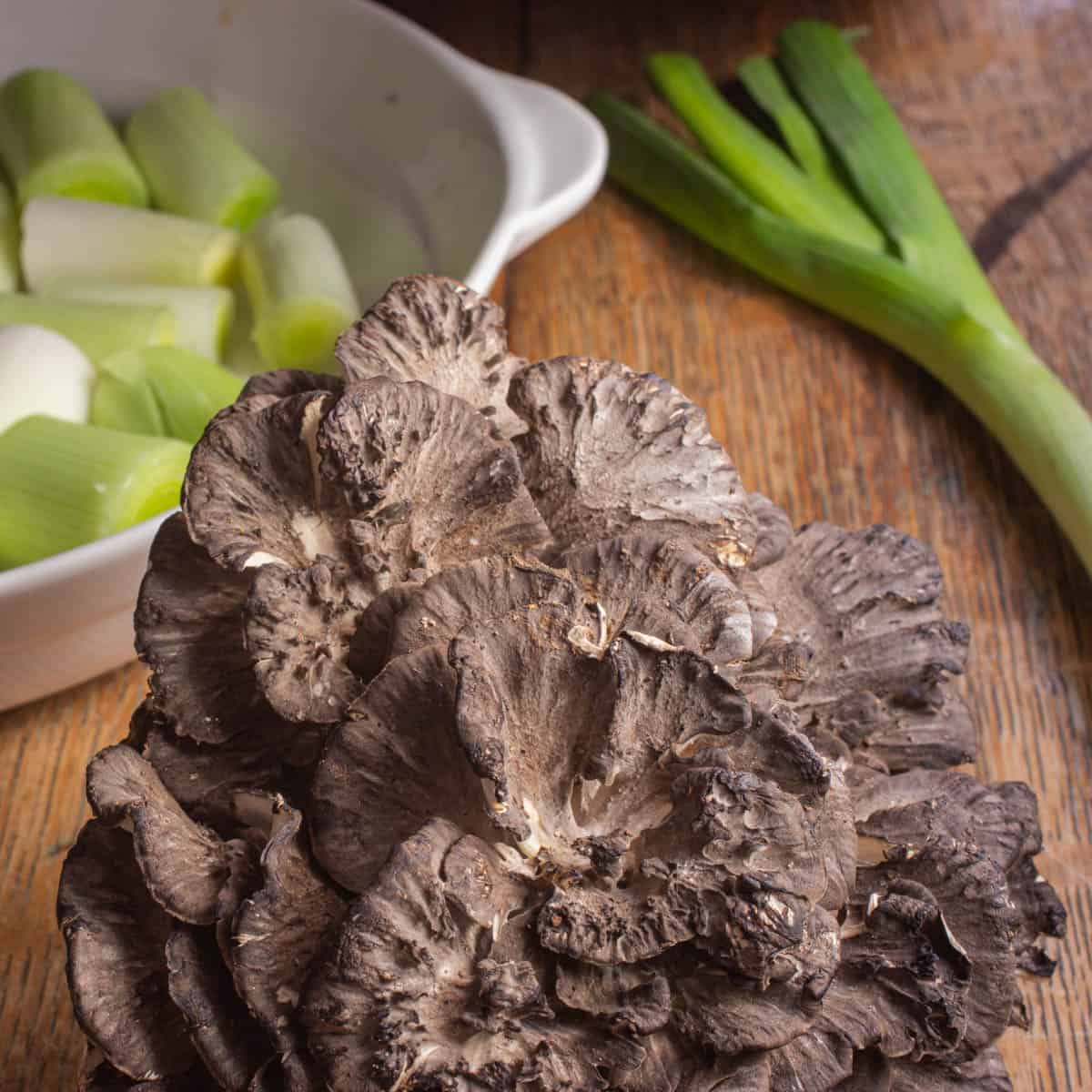 Here’s an awesome, easy way to enjoy those hen of the woods.

Story goes that I was at my girlfriends place getting ready to make some Sunday dinner, we pulled some pork chops out of the freezer, but were a little light on the vegetable front. Thankfully there’s a giant garden around-the stuff dreams are made of.

The season was getting on, so there wasn’t a ton of variety from the garden, but there was a basket of beautiful leeks, and some fresh hen of the woods that I had grabbed the day before for my tv demo on Kare-11. I set to work with nothing more than the leeks and the hen of the woods, I was so surprised at how good it turned out I decided to share it.

Since there’s not a lot of ingredients here, it’s really important to pay attention to the details, the most important thing is browning the hen of the woods. If the hens aren’t browned, it won’ be the same at all. Fresh herbs and good butter are a must too.

There’s something almost magical that happens when the browned hens cook with the leeks in a covered dish for a while, the juice that comes out of them marries with everything else, perfuming the whole thing. 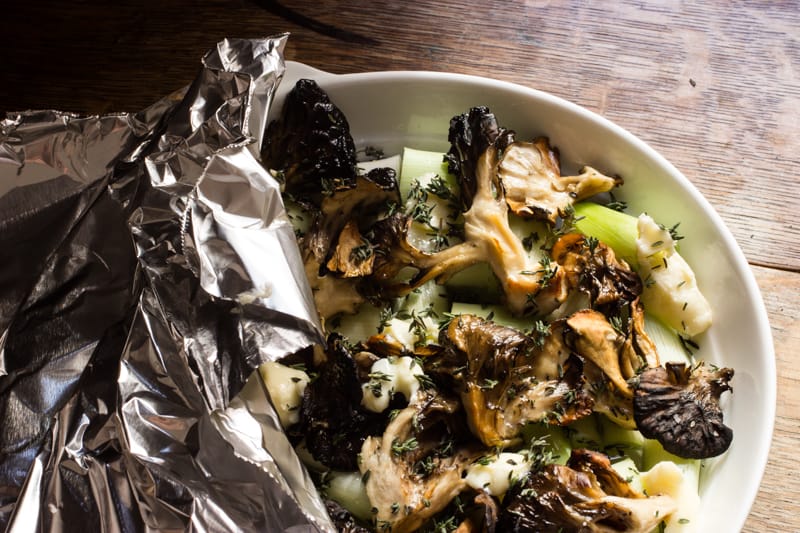 With only hens, leeks, stock, butter, herbs and breadcrumbs, this is a perfect example of the old less is more philosophy. If the stuff you’re using is top notch, and you’re thoughtful in how you prepare it, you really don’t have to do much.

When I made this the first time I didn’t even use the breadcrumbs, since I needed to keep it gluten free. I'm usually a crispy-crunchy sort of guy, but I'll tell you: I prefer this without breadcrumbs, they soak up the delicious hen-leek juice a bit, which is really the best part.

Either way, this is a great dish, and an example of how good food doesn’t have to be complicated. 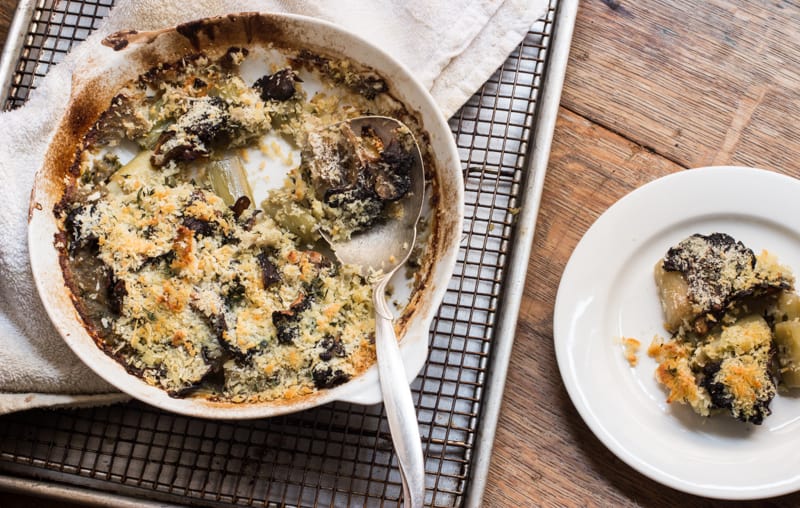 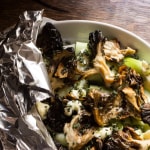 Hen of the Woods-Leek Gratin

This can be made with or without the breadcrumbs. If you make it without the crumbs, you should still add the butter, it helps the top brown and adds great flavor.