This is what happens when you have extra swordfish samples laying around, and need to start using up duxelles from a great lobster mushroom season. 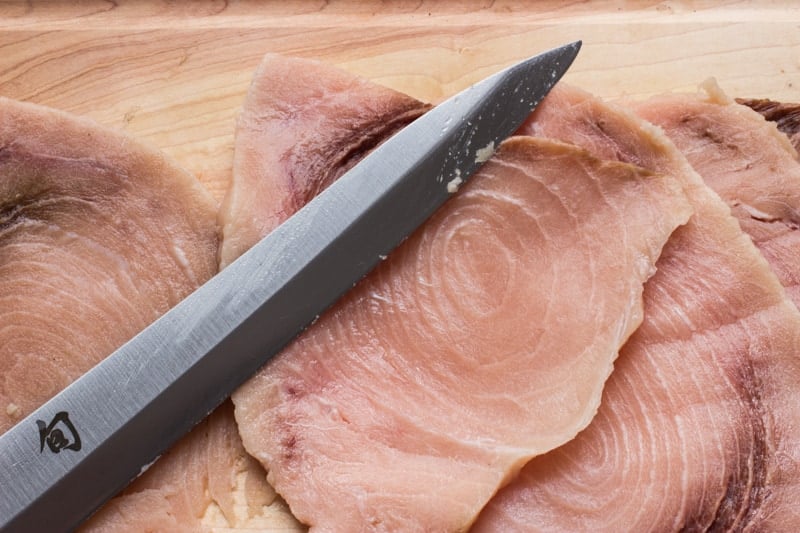 Long, sharp knives give even slices

I can’t remember where I got the idea, but I've been making this for years. Here’s the jist: you take a thin piece of swordfish  in the middle of each swordfish slice you place a little stuffing made from breadcrumbs, herbs and pine nuts, then you wrap them up like an envelope with toothpicks, saute them and serve with a simple sauce or maybe just a little bit of lemon.

To incorporate the lobster mushrooms, I put them in the stuffing, using frozen duxelles from the 2014 season. Duxelles are a great, classic addition to stuffing. The texture of the duxelles is similar to the small flakes of breadcrumbs, which gives you a nice, even consistency. 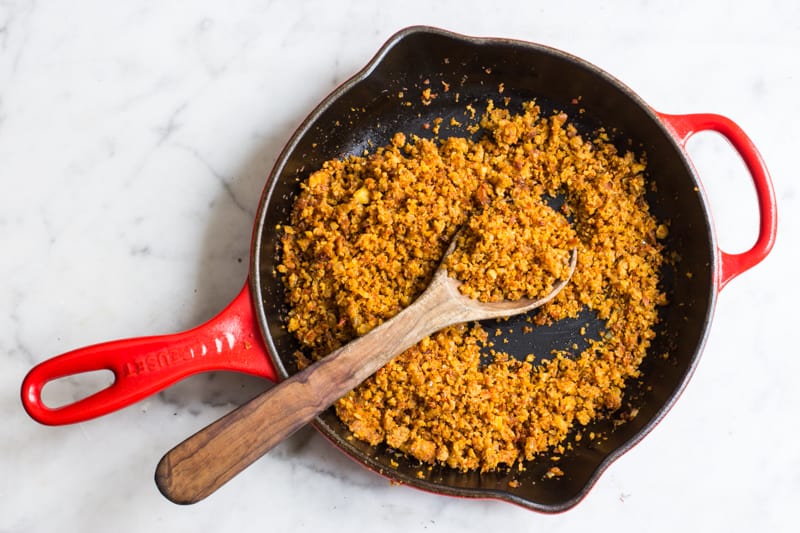 The key to the stuffing is not to add too many extra ingredients, it shouldn’t be big and chunky, but very fine, It's also a little more dry than a typical stuffing. Leaving it dry, and not adding any stock means that the stuffing soaks up some of the juice the fish exudes while it cooks, which gives it a great flavor. 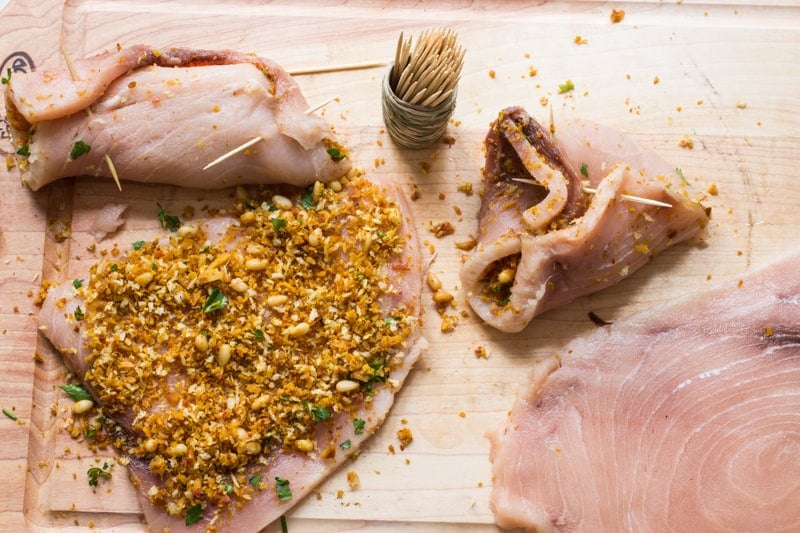 2 ways you could secure the swordfish- jelly roll style, or little packets.

This is a great recipe for when you have a fish on hand that you might want to cook past medium rare, since the stuffing needs to be hot throughout. Walleye, northern pike, and other lake fish that should be cooked through are great candidates, as well salt water fish like cod or sole.

After the fish are stuffed and ready to cook, there are a number of different ways you could create a dish. I don't like to eat the same thing twice, so I made two different preparations to illustrate how I tweak and change dishes, and develop multiple multiple recipes from one starting point (the stuffed swordfish). 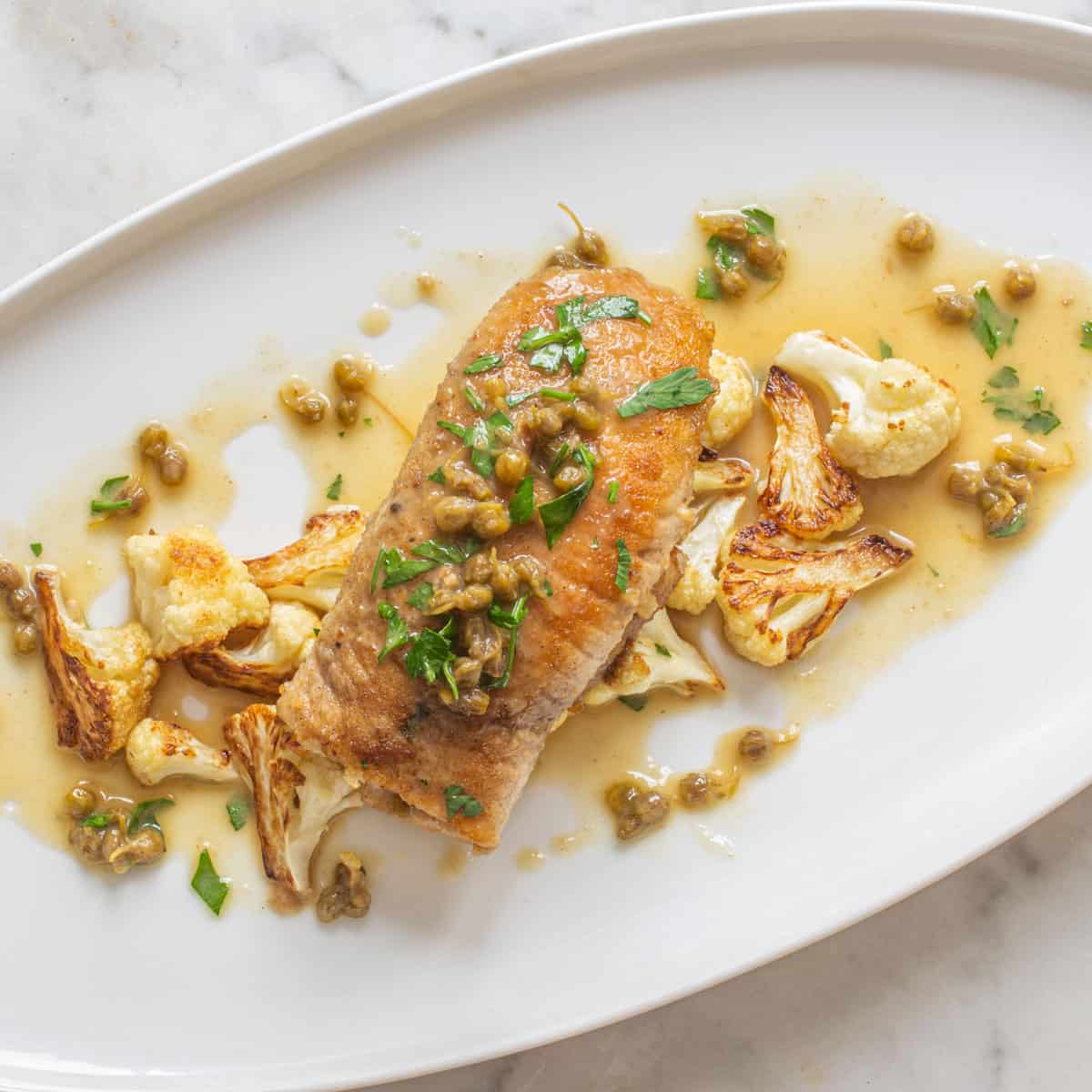 Both preparations are simple: a milkweed caper sauce, and a quick tomato sauce flavored with dried bergamot, I had some cauliflower that needed to get used up too- it works great in both recipes. 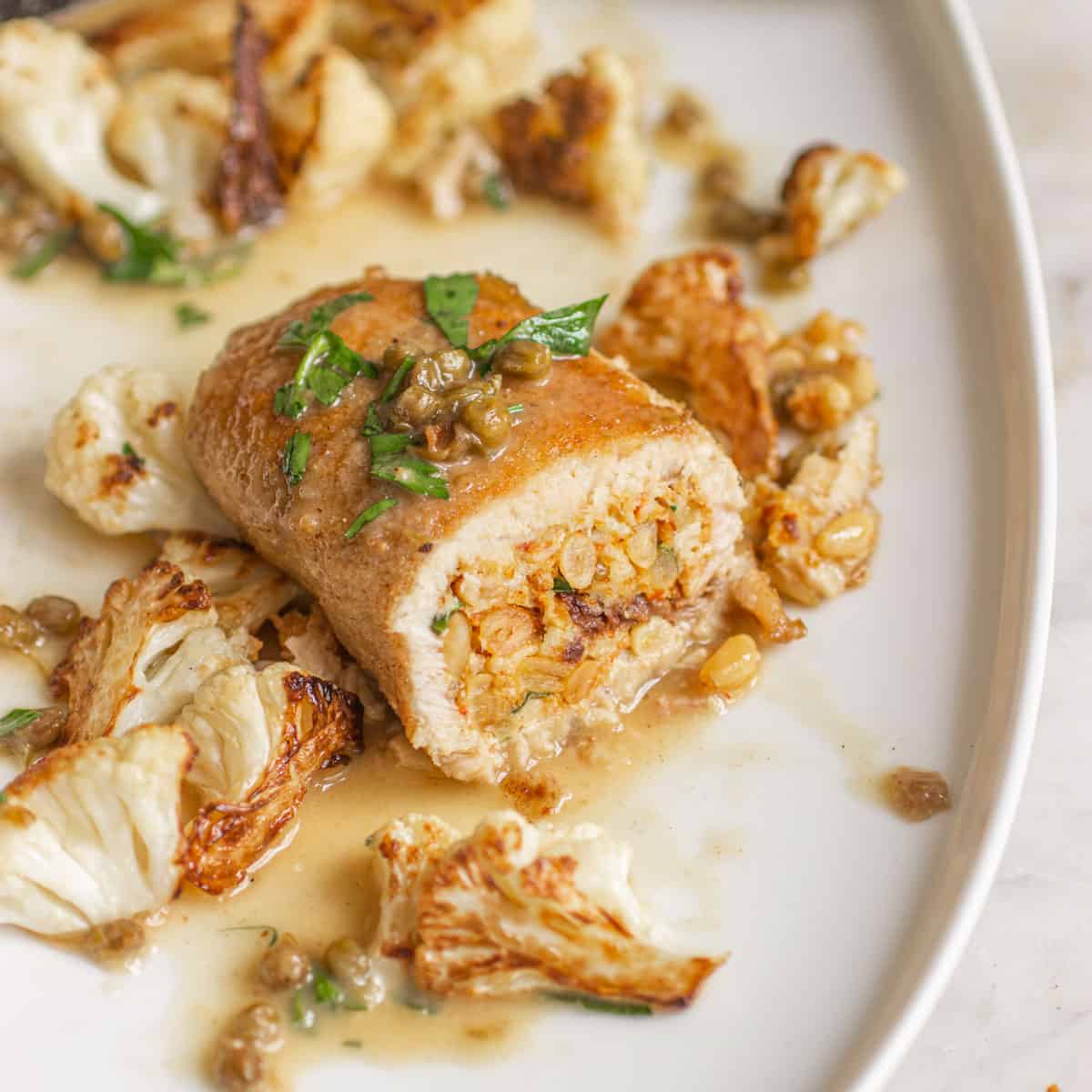 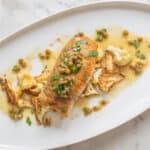 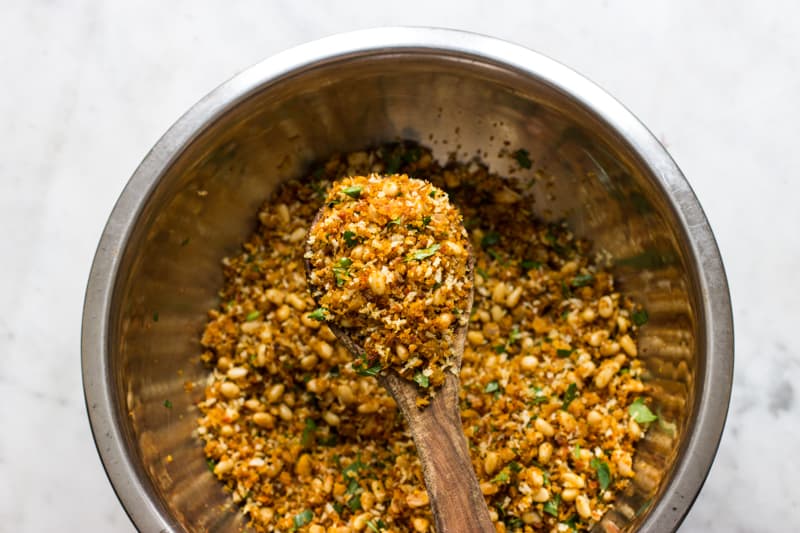 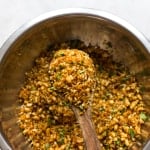 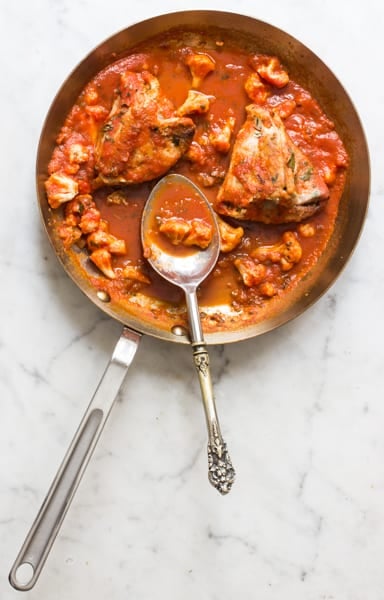 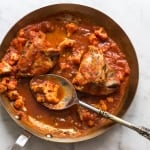 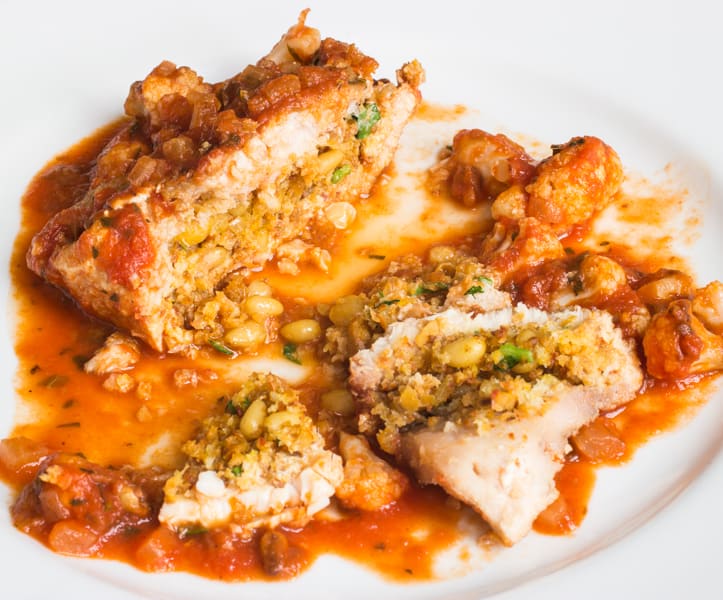