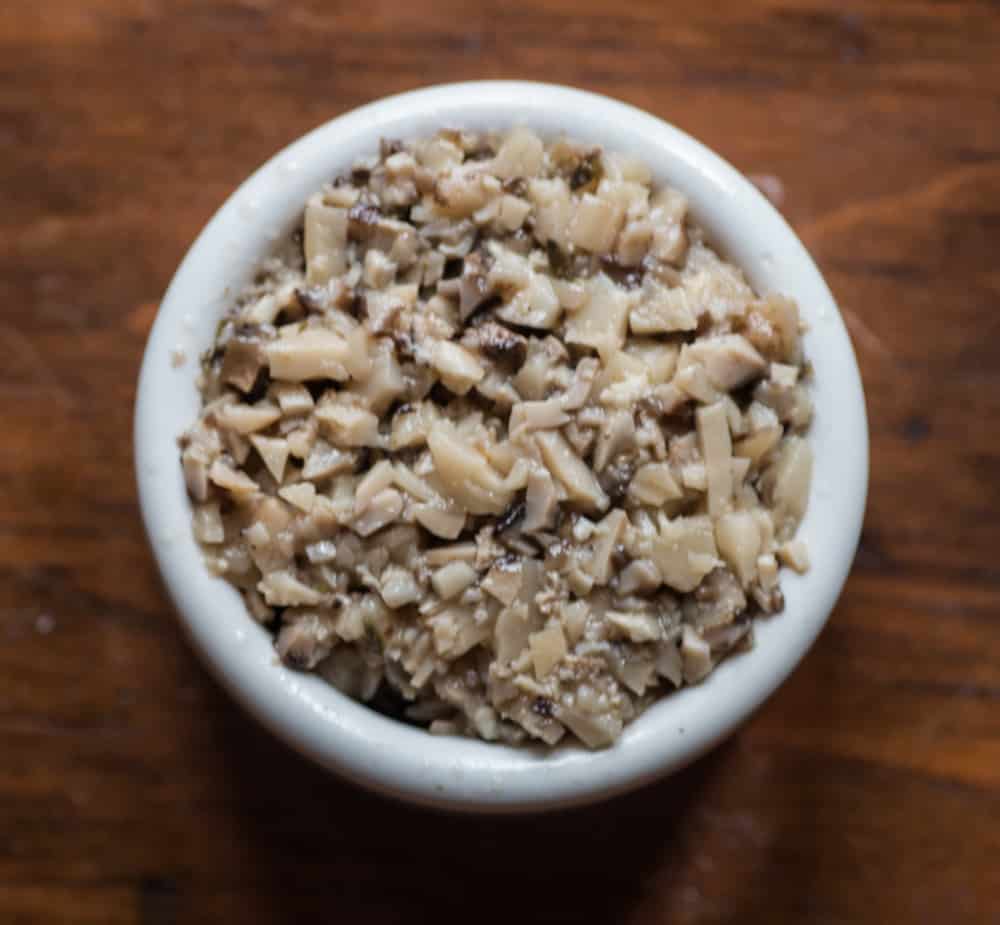 It's springtime again, and with it comes the onslaught of Dryad Saddle, a.k.a Pheasant Back mushrooms here in Minnesota. With so many fresh ingredients available at once, I often preserve things to make sure everything gets used and to save time and shelf life of stuff I've worked so hard to pick. 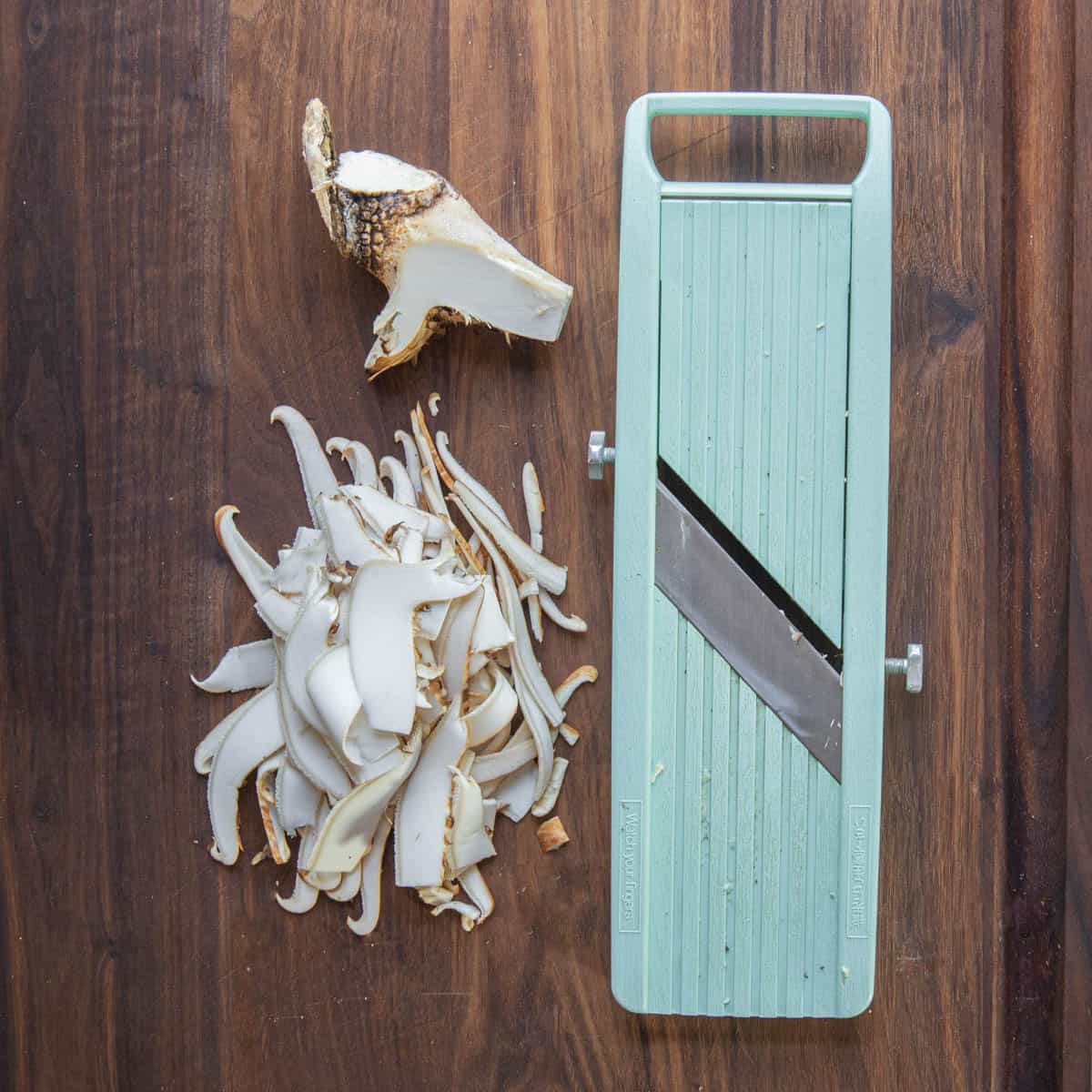 Shaving the dryad saddles makes your work a lot easier here. Mandolines are cheap, everyone should have at least one.

This preserve I made specifically for the dryad saddles, which require a little different treatment than your average polypore, but nothing too crazy. It's basically just a mushroom duxelles recipe with some tweaks here and there to ensure an end result that people who aren't familiar with dryad saddles will like.

With a typical duxelles, you finely chop the mushrooms, but since dryad saddles are more first than many other mushrooms, I shave them paper thin on a mandoline first, then mince them afterwords.

Don't have a mandoline? Get one, they'll pay off in spades, and you can do all kinds of things with them. My favorite, and pretty much the restaurant standard is the Benriner. 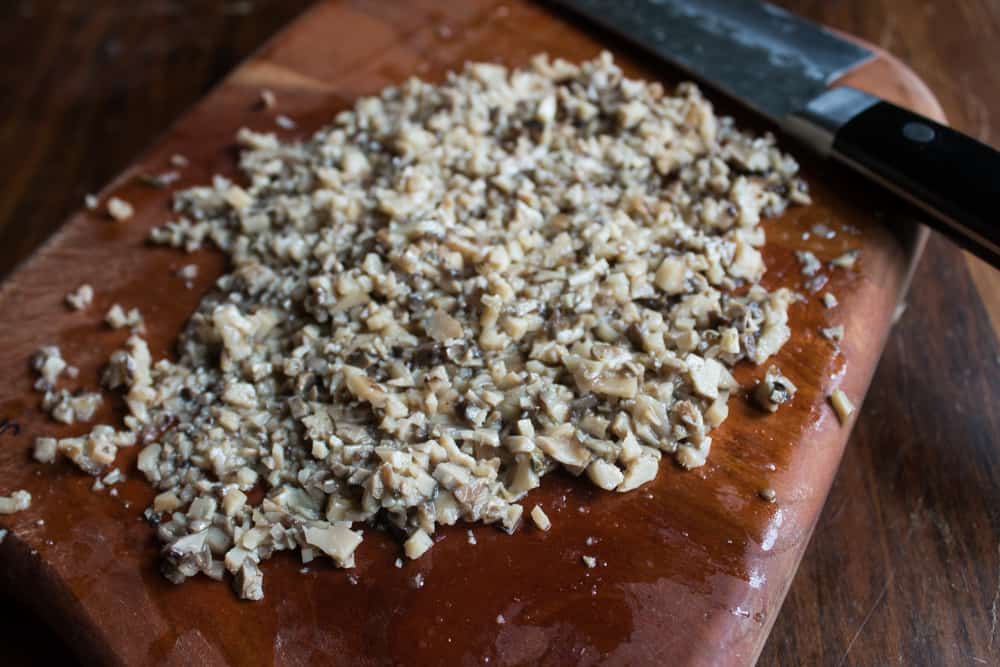 The first time I made this I minced the mushrooms after cooking, but it was a little messy. I'd chop them before cooking to make cleanup easier.

Sounds great, but how do I use it?

After you've made the relish, you can do all sorts of things with it. Here's a few ways I'd use it: 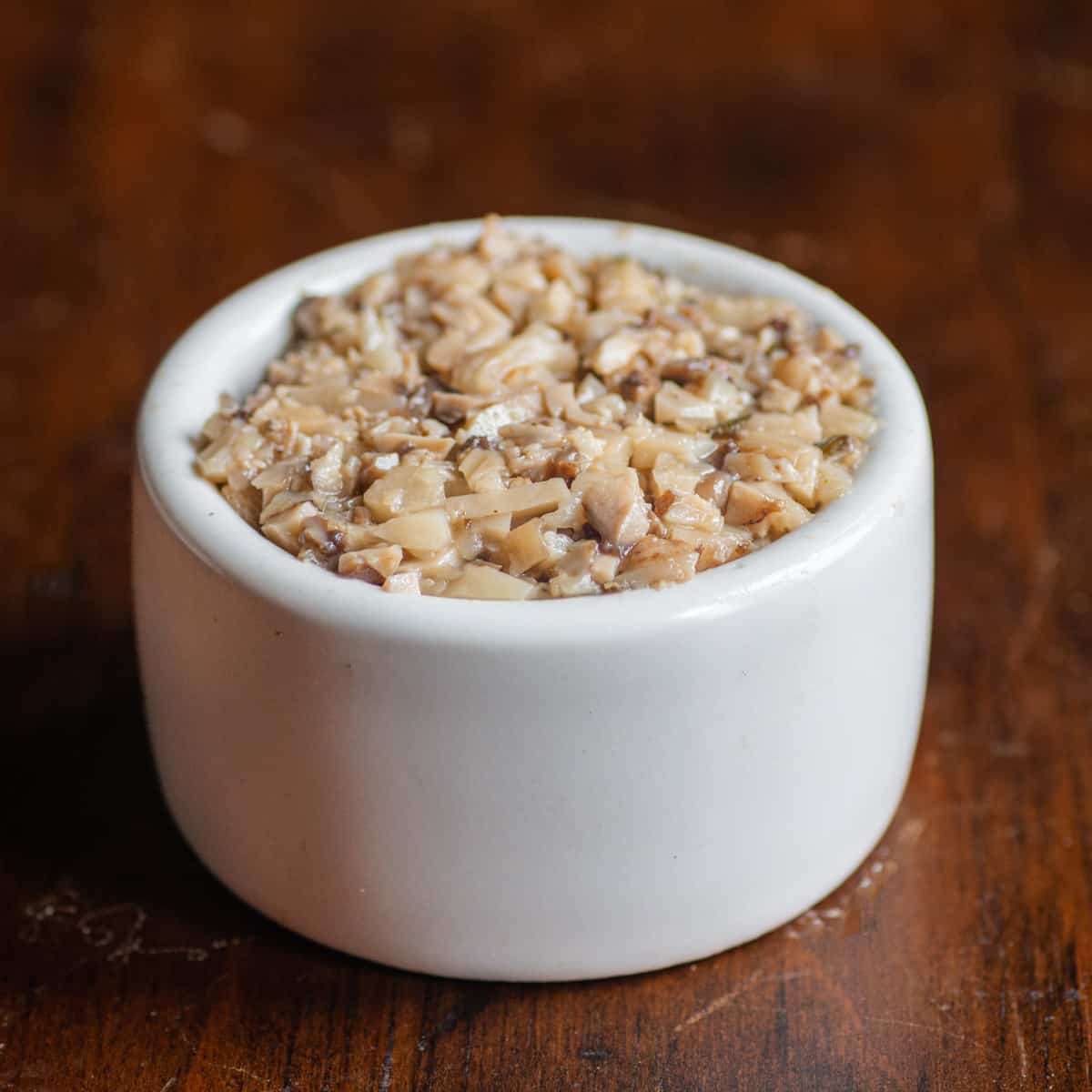 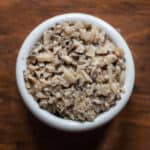 Yield: about 2 cups of mushroom preserves

This is just like duxelles, but with a touch of vinegar instead of the sherry. The vinegar in the recipe makes it more of a preserve too, since the PH is lowered, so it will also last a lot longer than duxelles and doesn't need to be frozen. If you want to keep it in the fridge for more than a week or two, press the mushrooms down in the contianer and cover with a thin layer of oil to stop oxygen (and therefore bacteria) from getting in. I've kept this in the fridge for 6-8 months with no problem, but you could also freeze some if space is an issue.