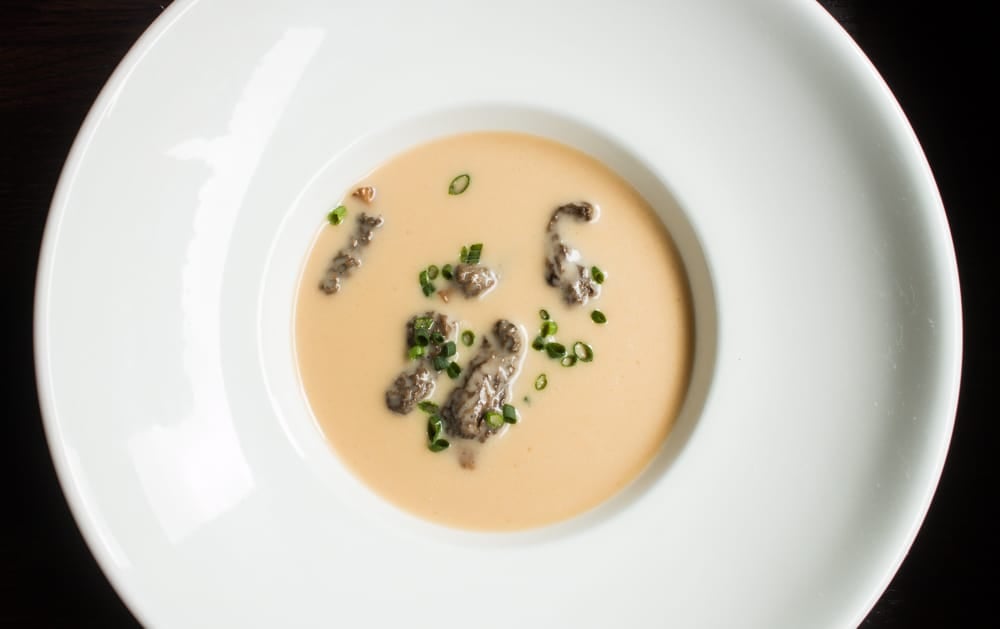 It was Spring 2016 at The Salt Cellar. The restaurant was slow and the outlook was grim. Even so, I tried to stay focused on keeping things as seasonal as possible. When morel season came around, I knew I couldn't afford to buy any, but I did have some at home, so I did an experiment. I wanted to serve the best creamy morel soup ever.

My experiment revolved around one question: can I purchase dried morels and incorporate them into a morel-focused dish and not break the bank, i.e. keep a decent food cost?

Fresh morels will probably come in around 20$/lb, or much more depending on who you're dealing with. The price can be volatile.

Dried morels on the other hand are very price stable, because their availability is reliant upon harvests in burn areas and other spots of natural black morels, typically on the West Coast. 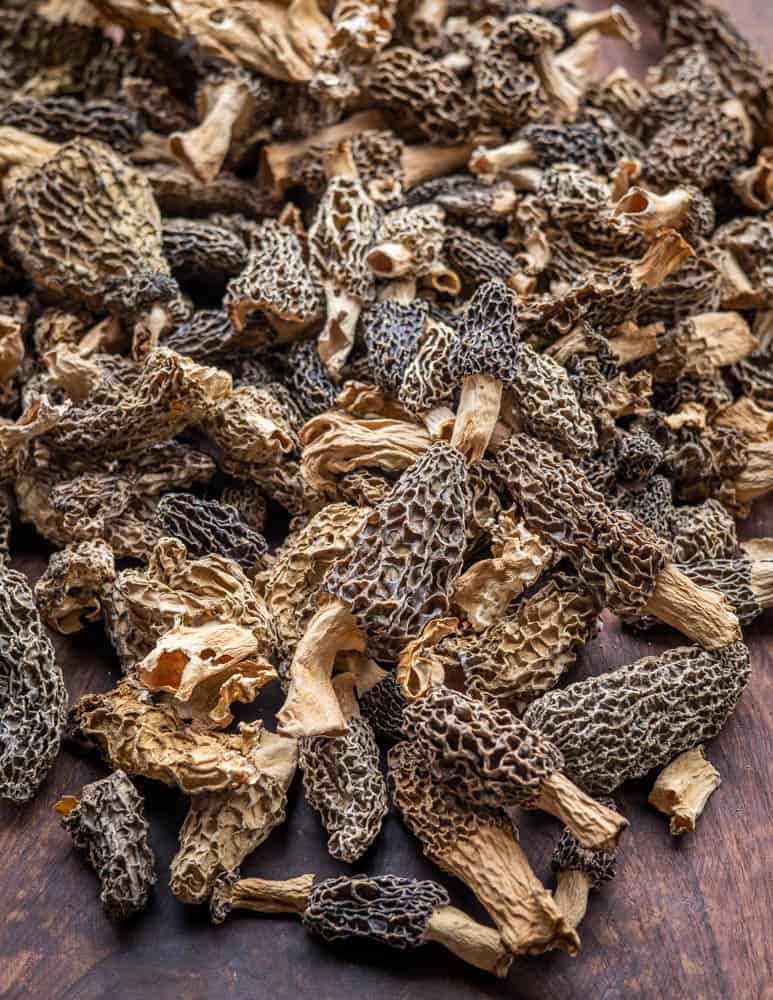 When the powers that be look at my purchases each week, large numbers over a hundred dollars had better be a box of expensive beef, duck, bison, or maybe some spendy chocolate for the pastry team.

By comparison, for 300$ I can get enough bison to run an entree for an entire week. If I'm going to bring in some fun stuff, I have to know how to make the numbers work, because at the end of the day it's not about what I want to serve, it's about the restaurant numbers being healthy.

Fortunately I've been through enough rough spots to know how to squeeze money out of a dish. Soup can have a high profit margin, much more than an expensive steak or piece of fish, so that's where I started tinkering with a recipe that could work.

To sum things up, here's the recipe I developed. In order to get a solid morel flavor, I ended up using about 3 ounces in the finished batch, which yields about a gallon, with a cost of morels coming out to about 35$/batch, with other ingredients probably around 10$ on the high side for a total of 45/gallon of soup, which is very expensive for a gallon of soup, but, they're morels, after all.

If I sell 4 ounce ladles of the soup for 10/portion, that's a total of 320$ net profit from one batch, and our food cost equation, assuming we're shooting for 30% (a standard for decent restaurants) will look something like this:

In the end, the soup is within workable margins by a long shot, we could even adjust the price down and still have some wiggle room to account for waste. Fortunately at home you don't have to worry about food cost or pleasing who you report to.

If you're a mushroom hunter, you might just need to use up some dried morels you've been hanging on to before the next season. My advice is: Invite some friends over for some creamy  morel bisque. 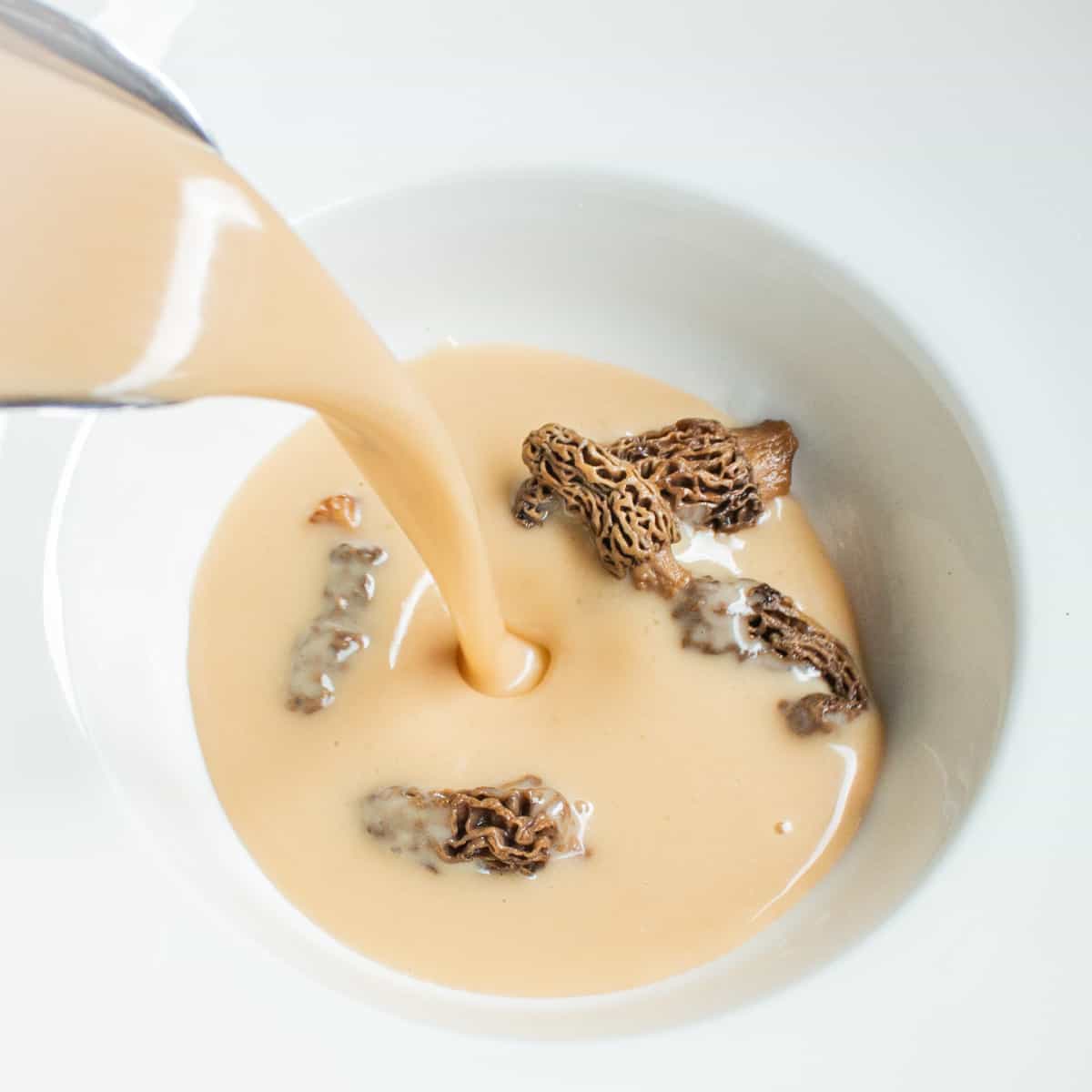 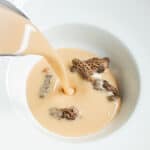 *Note, if you don't have a regular blender, you can try using a hand blender. It won't be as smooth as the soup in the pictures, but it will taste good.

END_OF_DOCUMENT_TOKEN_TO_BE_REPLACED

« Hunting Squirrels with Madison Parker
Quest for the Mushroom of St. George »