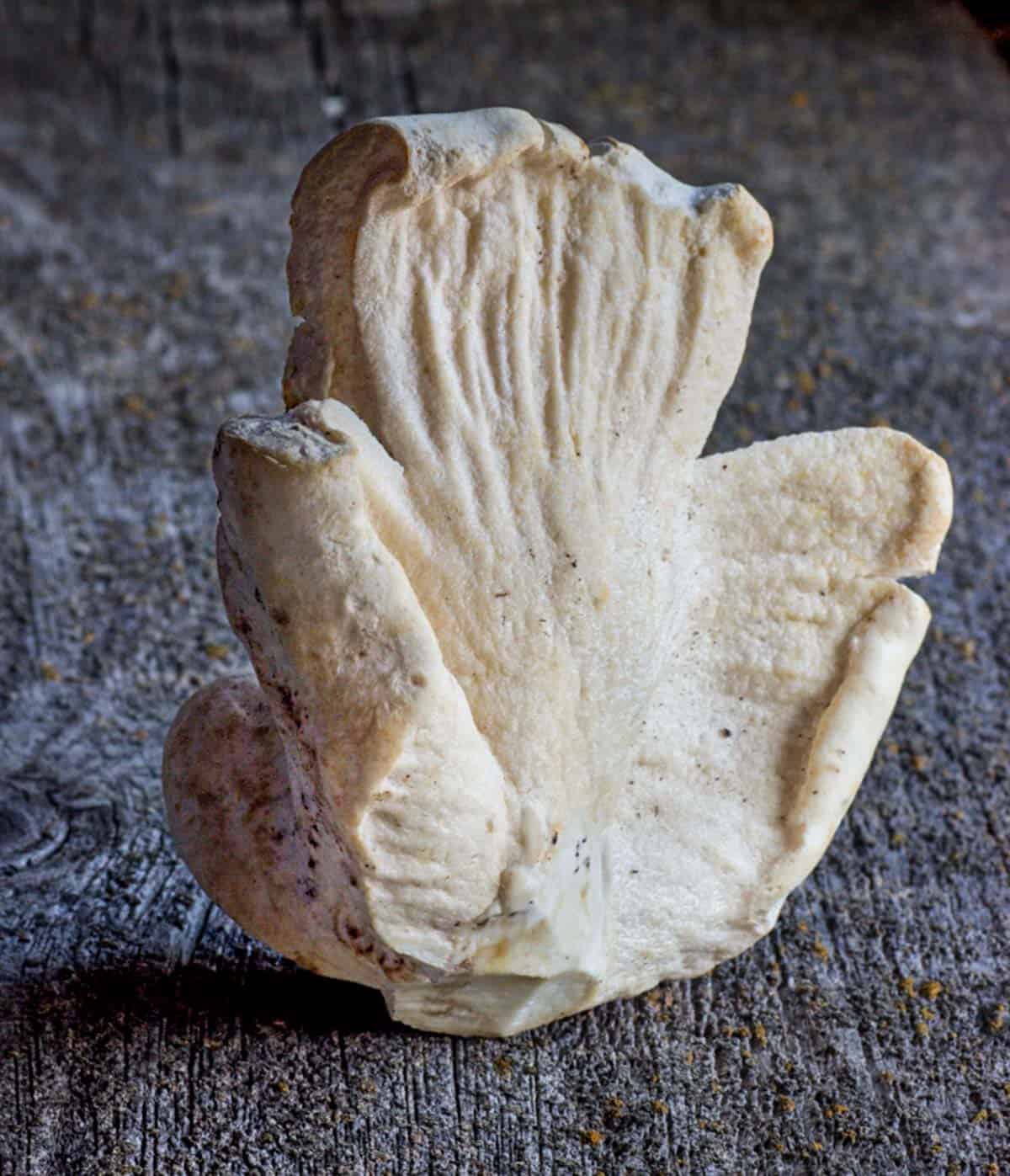 I used to only pick or purchase lobster mushrooms for restaurant use that were totally red. I would turn away pickers trying to sell shrooms that didn’t fit the textbook description, having a little more white to red, or a different smell-saying that their lobsters weren’t “parasitized enough”. Another chef had told me to be wary of lobster mushrooms that seemed undeveloped, so I wanted to play it safe.

Considering that a lobster mushroom’s host could be a number of different species, and that some of those might not be too tasty in their previous state, I think it was completely fine to be picky in the past.

I’ll add too, that in addition to the color, I find lobster mushrooms that aren’t completely red, or are very young to have a chemical-esque smell that reminds me of some undesirable species. Typical lobsters will start to reek like dead shellfish when you find decaying ones in the woods. I found out last year that semi white, half-formed or young lobsters I see are perfectly fine, even the ones with the odd smell cook up like usual.

There’s another type of lobster I hadn’t eaten though, a form I have seen only a handful of times. Story goes that a couple years ago I heard a friend of mine mention that very occasionally he would find lobster mushrooms that were pure white. He called them “ghost lobsters”. A few weeks ago my friend and foraging buddy brought in a pristine, completely white one for me to try, so we conducted a little taste test.

What we found was interesting. The red coating seems to bring a certain crisp quality to lobster mushrooms, without it the ghost lobster seemed to be much more tender. Other than that, it tasted great, just like a lobster mushroom fried in butter should.

Ok, so pure white lobsters are fine to eat. Are they truly lobster mushrooms? Are they a different mushroom? I’m a cook, not a mycologist, but here’s my take:

I think the white lobster is an anomaly, novelty, and rare mutation that happens only so often. The reason is that I see them very occasionally, and sometimes see lobsters that are very white, but still with large traces of red, or vice versa.