Venison and morels were born to be together.

Here's a quick, easy recipe I whipped up the other day to celebrate butchering my first deer: tenderloins crusted in dried morels. I'm definitely not the first to think of it, but it's worth sharing. It was great to finally be able to cook some bambi tenderloins all to myself as a reward for putting in a couple hours skinning and butchering.

I've crusted all sorts of things with dried mushrooms, especially lobsters, but morels in particular, to me, seemed to want to be paired with deer, there's just something about it that speaks to the Midwesterner in me. But, if you don't have morels, this is a fun recipe you can make with lots of dried wild mushrooms-I'll mention a few alternates you could use further on in the post.

The method is easy and could be used for any part of the deer you'd cook like a steak. True tenderloins are the best though, since they're small enough that you can roll them around to completely coat them with the dried mushrooms.

To make it, all you do is season your tenderloin up with salt, pepper, and a little fresh thyme if you have some, if not, no biggie. Roll the tenderloins around in the crushed morels, melt a little butter in a pan, then when it's hot, brown them up, and most importantly, don't over cook them. 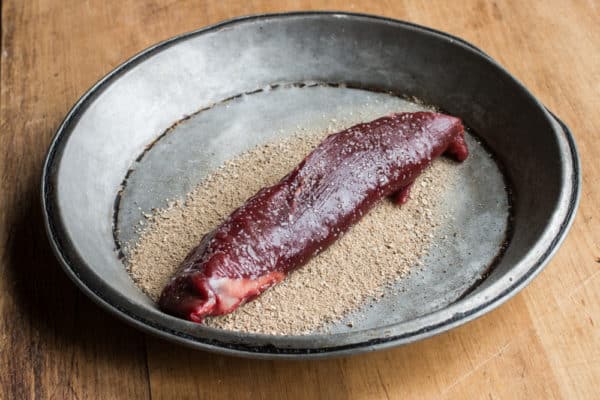 Season the tenders, then roll in ground morels 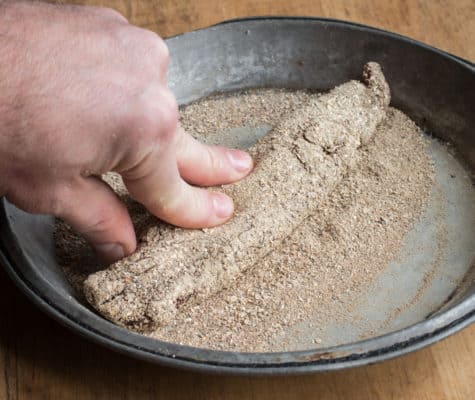 Roll them really good to get a crust 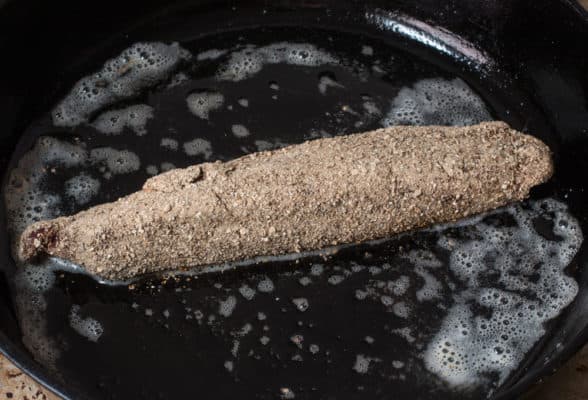 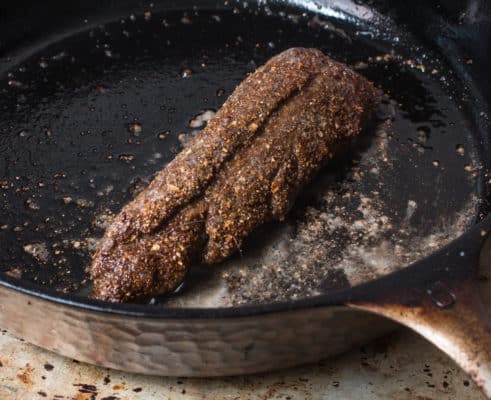 Brown on all sides, quickly. 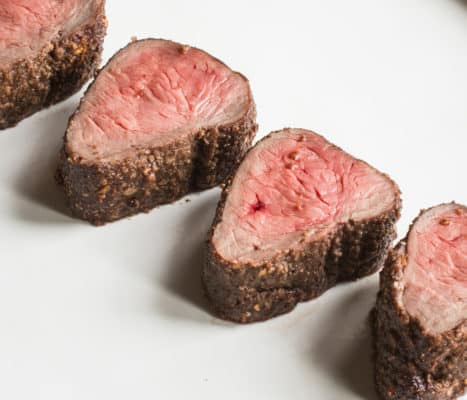 Let the tenderloins rest for a few minutes, then slice and eat.

A note on the butter. I like to use butter when I cook things crusted with dried mushrooms as you get the conductive heat from the pan, and it will brown, but it's gentler than just frying it in oil or lard. Since the mushrooms are dried, in a sense you're just browning the mushrooms, not the venison, if that makes any sense.

Cooking in plain oil would make it easier for the mushroom crust to burn, but with the butter, the milk solids help to ensure a gentle browning, hedging your bet against anything getting too dark. 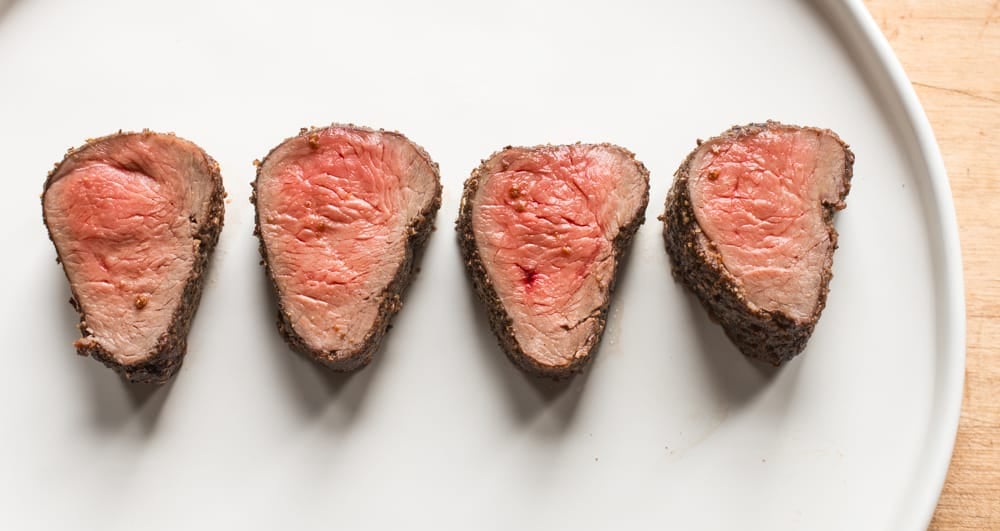 There's lots of different ways you can make something similar, even if you don't have tenderloins or dried morels. Here's a few different cut's I might use, and some other mushrooms that work well as a crust. 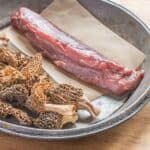