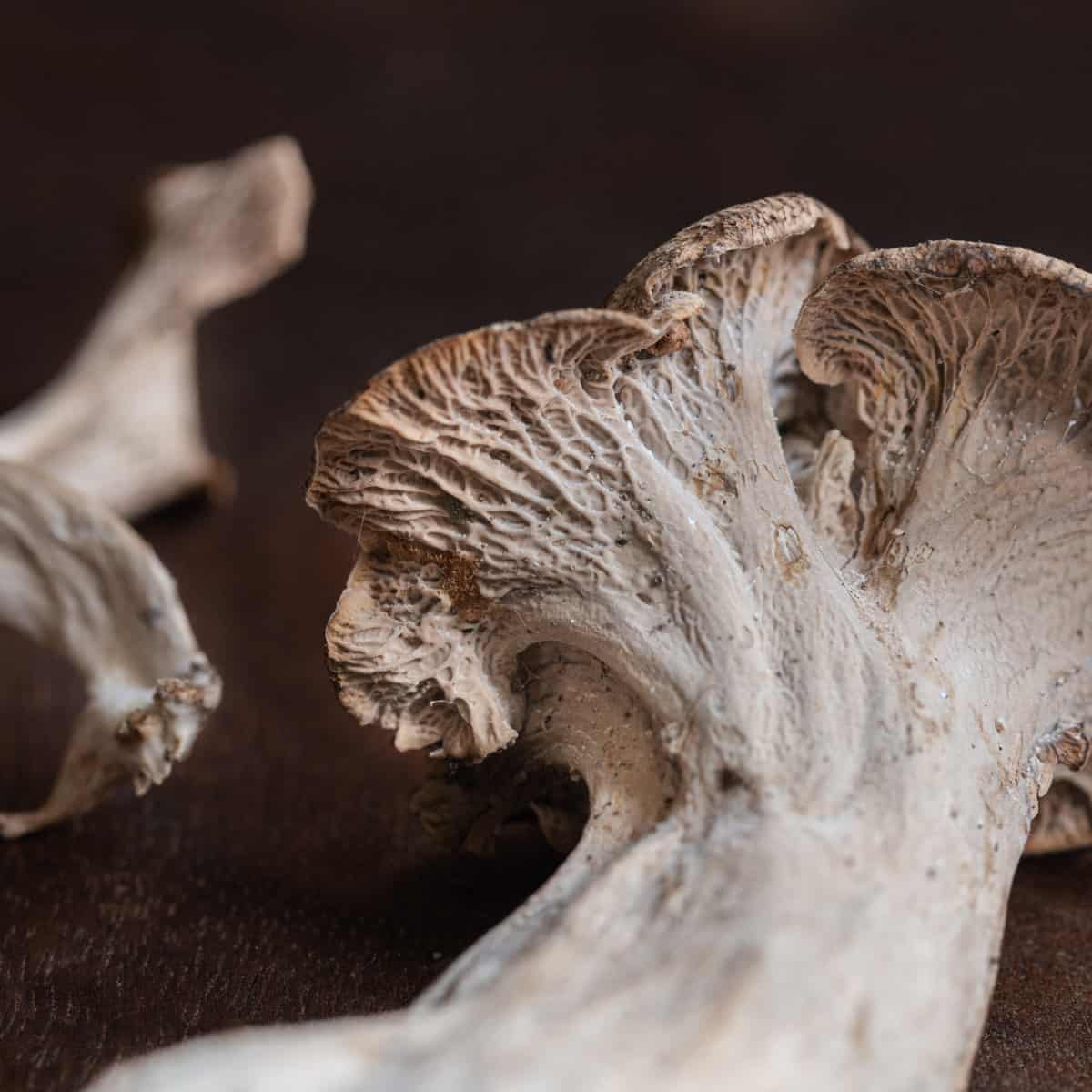 Looks like a black trumpet? Or something else. Look closely, the ridges and weight give these away.

I've heard hunting for black trumpet mushrooms compared to looking for black holes in the woods, and that isn't far from the truth. Even mycologist Chuck Barrows, (a guy who found undiscovered species of porcini and has them named after him) didn't even find his first one until he was an elderly man.

Until I started finding them on my own, I researched everything I could find on them. What I discovered was exciting, and maddening. You see, there isn't just one type of "black trumpets", there are a number of them, and some are more elusive than others.

The fragrant is one of those more rare varieties of black trumpet mushroom. What it is exactly is up for debate a bit though. From my experience hunting in the Midwest, what people call "fragrants" could be one of two different species depending on what they've picked, either craterellus cinereus variation multiplex or craterellus foetidus.

This is part of the confusion that arises with using common names to describe things as opposed to the exact Latin name, if we just say we found some "fragrants" it doesn't tell us exactly the mushroom we picked. If we use the Latin name, we know exactly what they are, but that's easier said than done.

I'm a chef, not a mycologist, but here's some differences I've noticed that help me tell the two more rare black trumpet species apart. Keep in mind this is armchair research, an estimation on my part, and not something I would cite as a source. 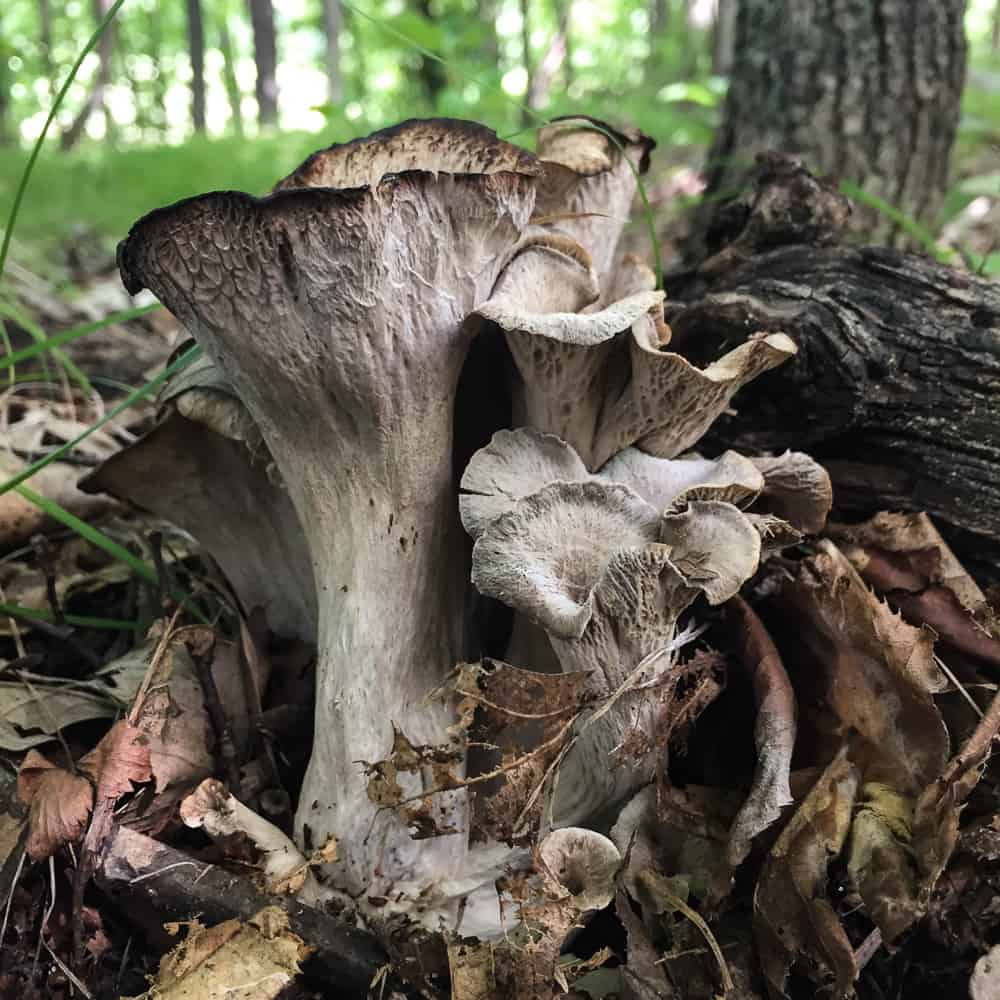 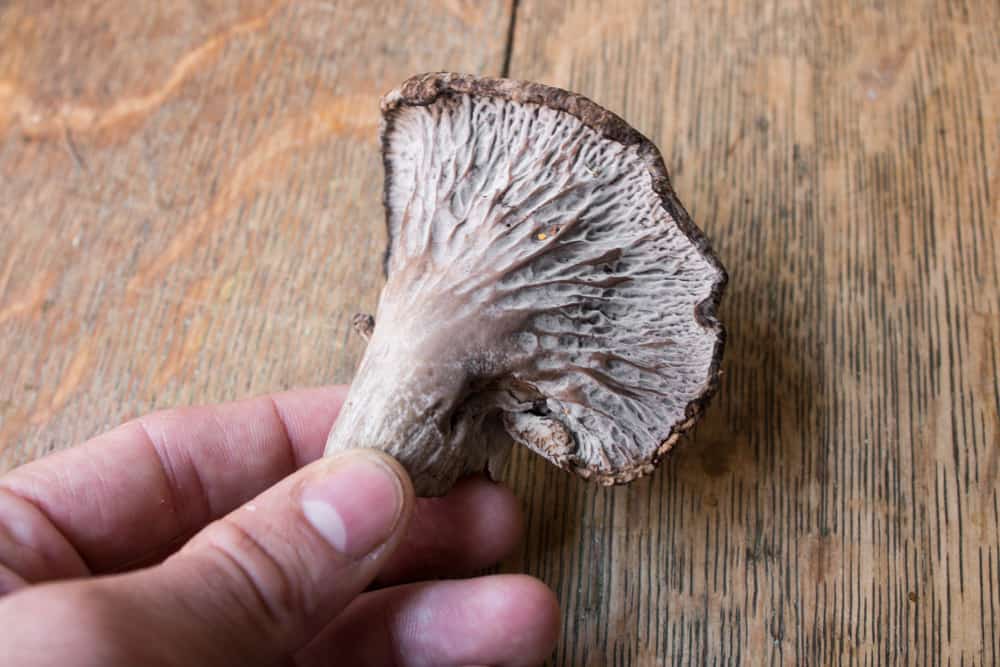 No matter what you call them though, both craterellus foetidus and craterellus cinereus taste great, and are exciting to find. 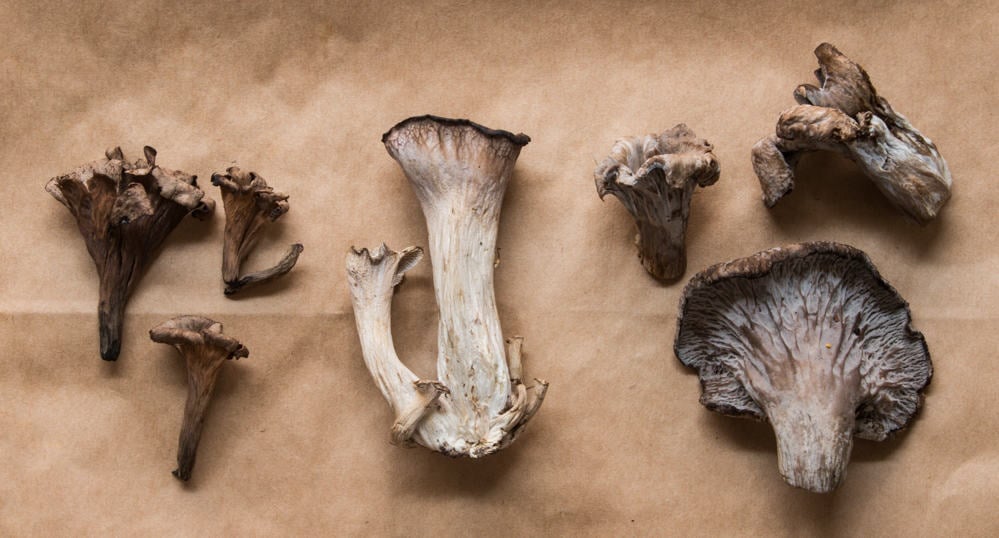 I like both species even more than typical trumpets, I find their aroma stronger, their taste sweeter, and their texture more meaty, especially the foetidus. I also find the ones that I've picked to be much less bitter than other black trumpets. These are minute details though, and in then end saying one is better is a bit like saying 70 % chocolate is inferior to 75%.

Thoughts on Hunting and Cooking

Of course I can't leave you without sharing a fun recipe, so here's one of the best things I made with them so far, it's a warm brown butter-mushroom vinaigrette for a salad. It's a good example of how to cook them simply so they shine in the dish. See the full recipe here. 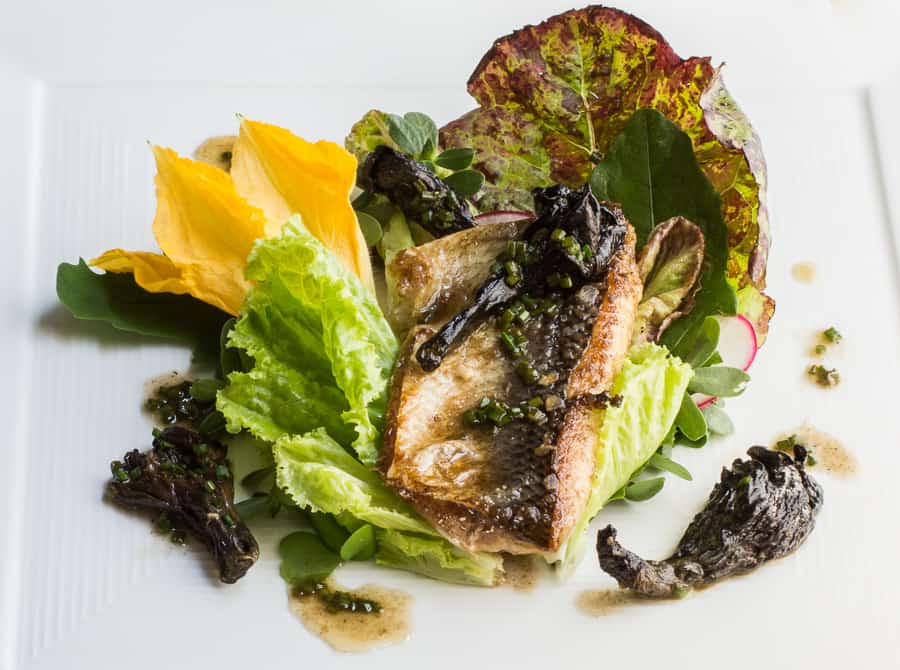 END_OF_DOCUMENT_TOKEN_TO_BE_REPLACED

« Rainbow Trout With Pickled Chicken Of The Woods
Steak and Morels en Crepinette, with Nettles and Grains »