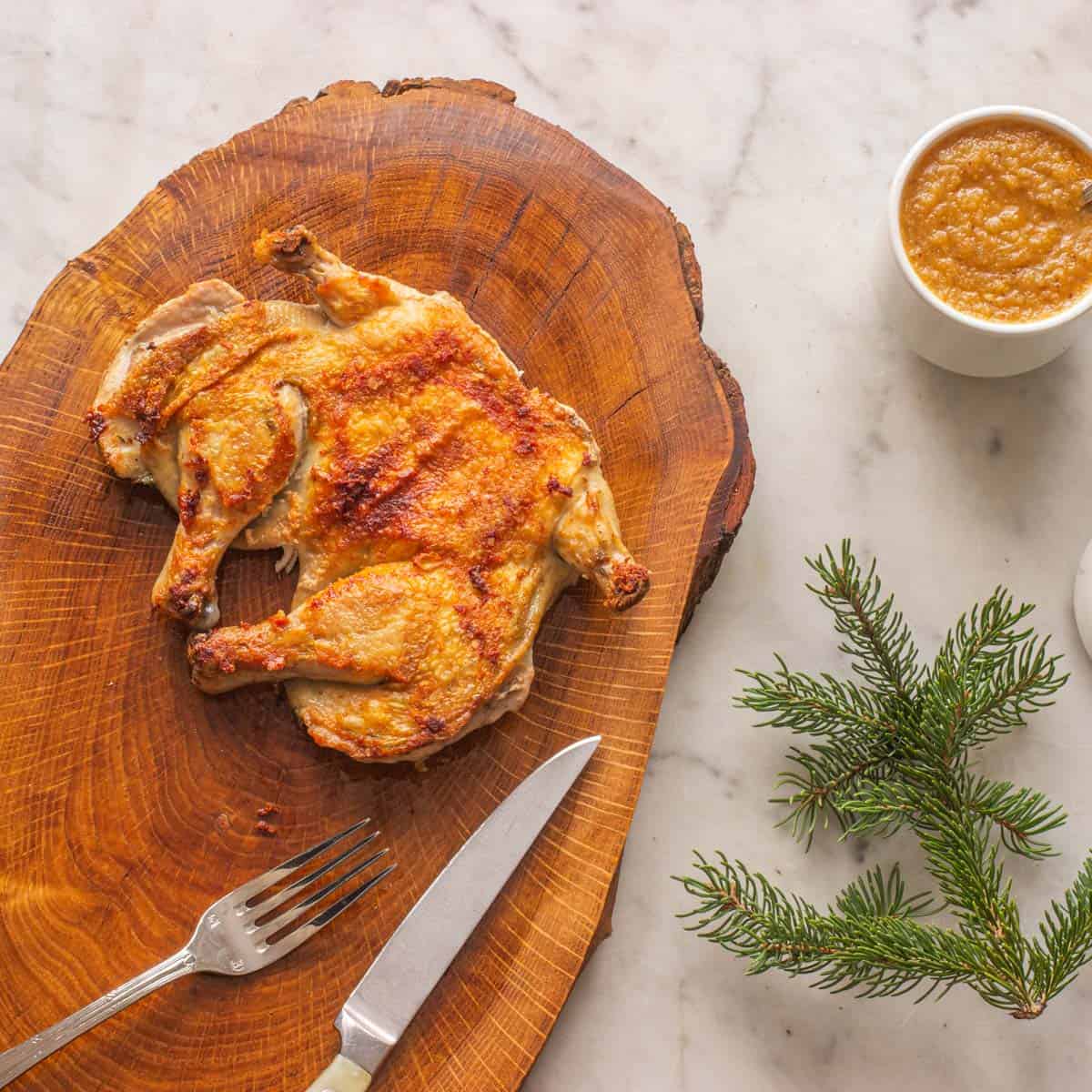 There's nothing quite like a young spring spruce tip, but the mature needles still have a lot of flavor too. I knew that people make tea from older branches, so I thought it would be fun to make some sort of water based infusion as the base of a dish.

A simple brine turned out to be a great way to absorb the scent of the needles. All I needed then was a piece of meat to brine, luckily in the freezer I had a little poussin. (Real quick, this recipe is made with mature needles, see my post on general cooking with spruce tips for more). 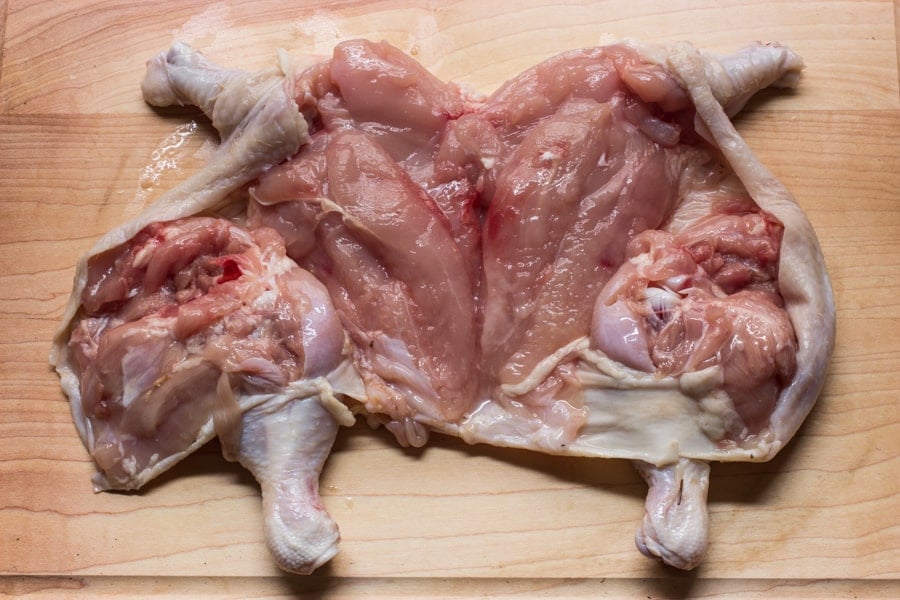 Poultry, pork, and fish have mellow flavors, and I knew the brine wouldn't be incredibly aggressive, so I grabbed the little chicken and got to work.

If you wanted to make something like this with beef or game, cedar berries will make a much stronger scented brine that would be great with them-store bought juniper berries will give a similar effect too. 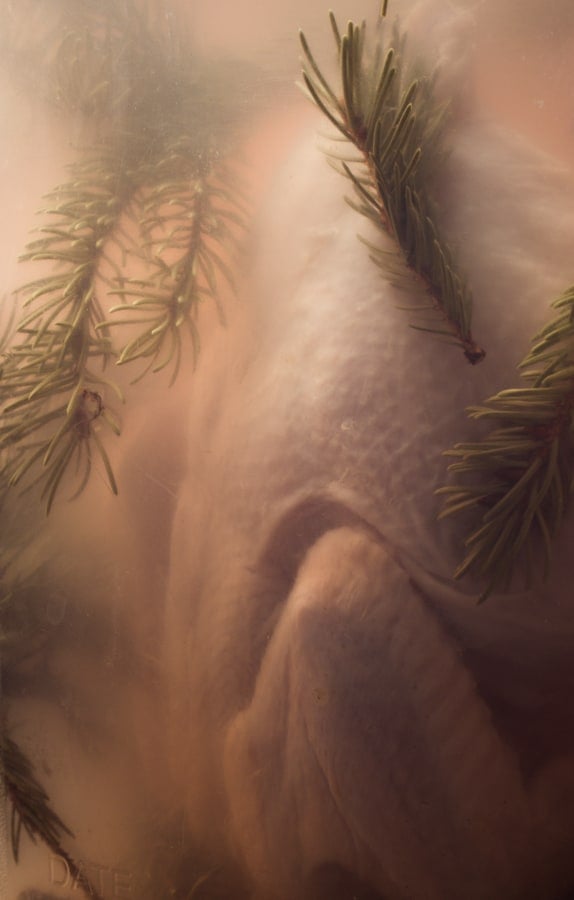 One thing I need to mention about the brine though is that the above picture shows the spruce branches whole- they shouldn't be.

The needles are actually pureed with the brine in a blender, but I experimented first with using whole branches for the brine instead of pureeing them, which gives a much stronger brine, I just forgot to take a picture of the brine after it was buzzed up in the blender.

The poussin is also butterflied or "spatch-cocked", which helps it cook faster and allows the entire skin of the bird to contact the pan and get crisp. Here's what I do:

I served the poussin with a fun sauce I came up with a while ago using apples and mustard. It also goes great with pork. If you're feeling ambitious sometime you should try taking some water soaked wood chips and putting them on the hot coals of a grill, then smoking the peeled, whole apples for 15 minutes or so before you cook them, it's really good.

You could also smoke the apples with the reserved dried spruce branches left over from making the brine, which will layer flavors a bit more. 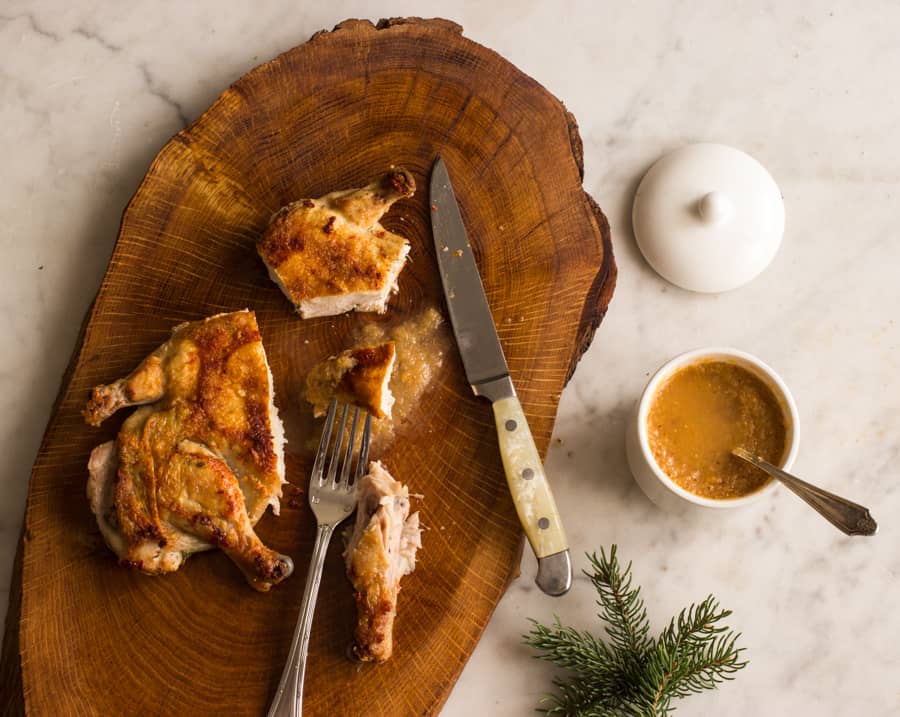 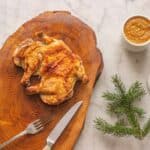 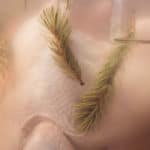 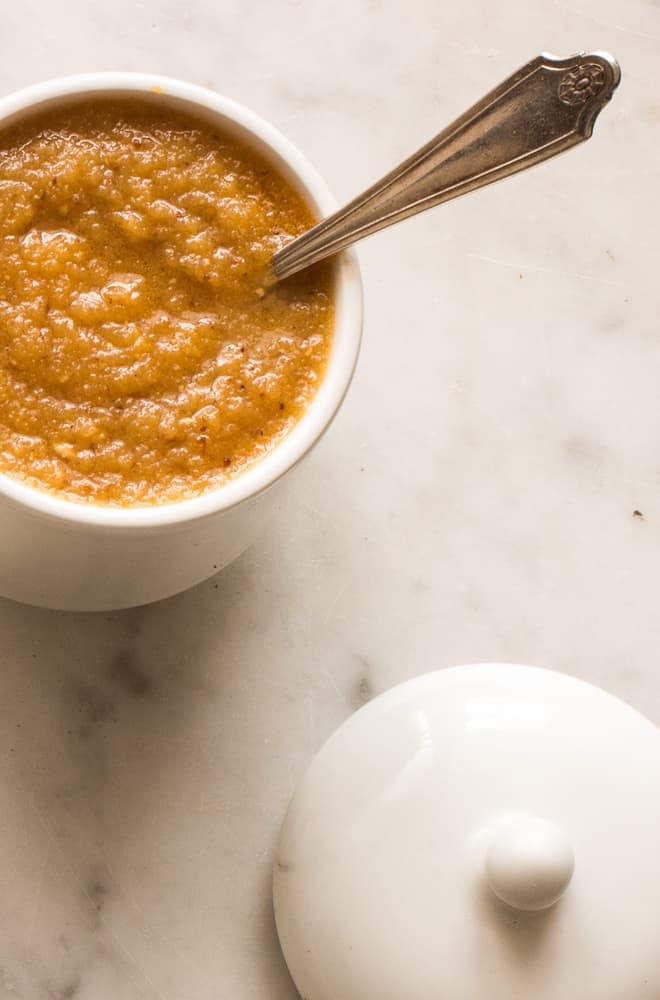 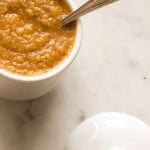