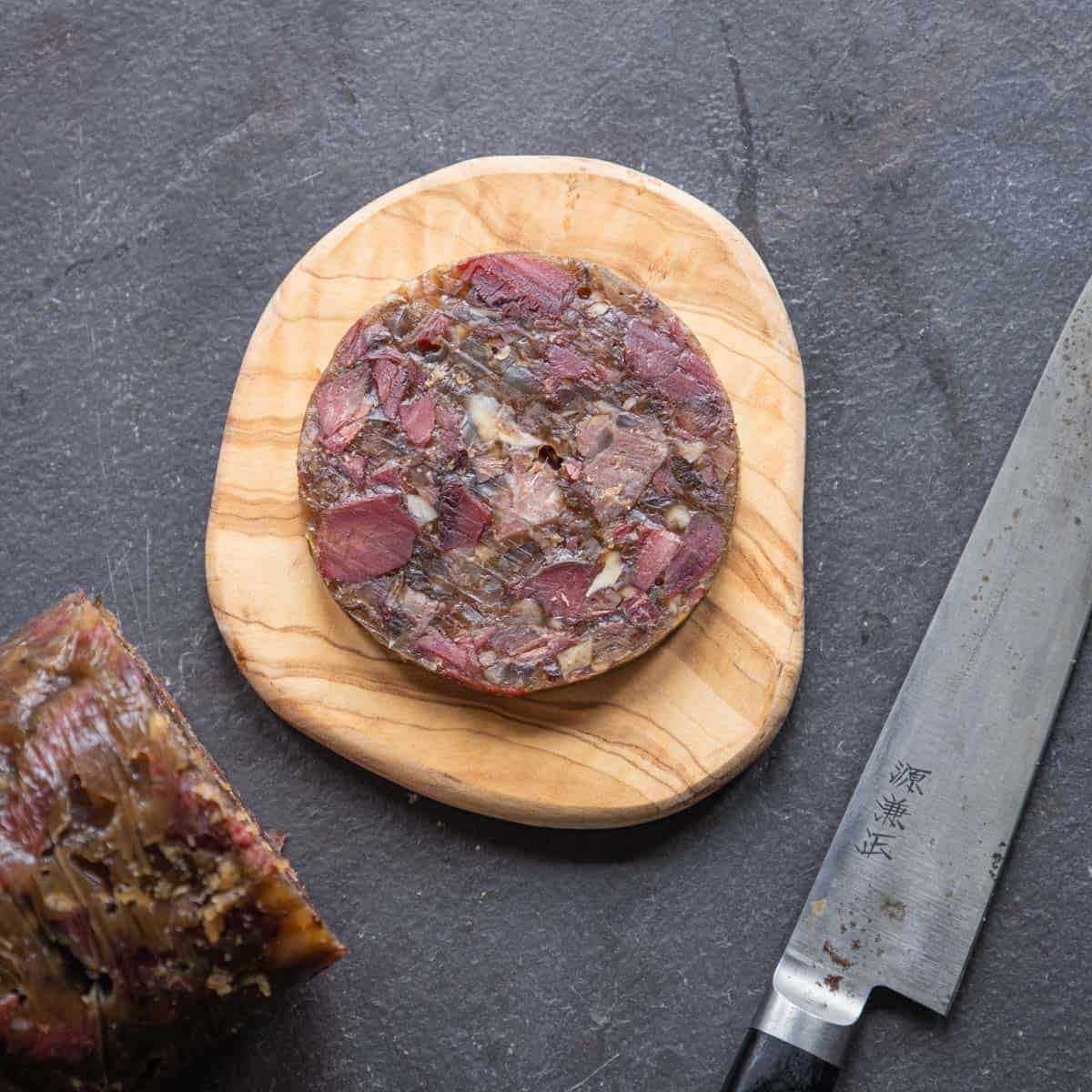 I love a good slice of terrine, but terrines en aspic I particularly like since they're so foolproof.

I love a good chunk of charcuterie, and this year's wealth of venison has been crying out to be made into a sliceable terrine en gelee./aspic.

The venison trotters I mention in this post are chock-ful of collagen, making them the perfect thing to help bind a chilled headcheese-style terrine. You could definitely make a similar sliceable something out of all venison trotter meat, but it could be small depending on how many trotters you use. To make up for the lack of mass in the trotters, I add a venison shank (you could probably get away with using 2 which would fill up a loaf pan better, for what it's worth). To give you another option, just because, you could also use one of my pre-smoked venison shanks for this, using the cured version that includes pink salt / sodium nitrate. 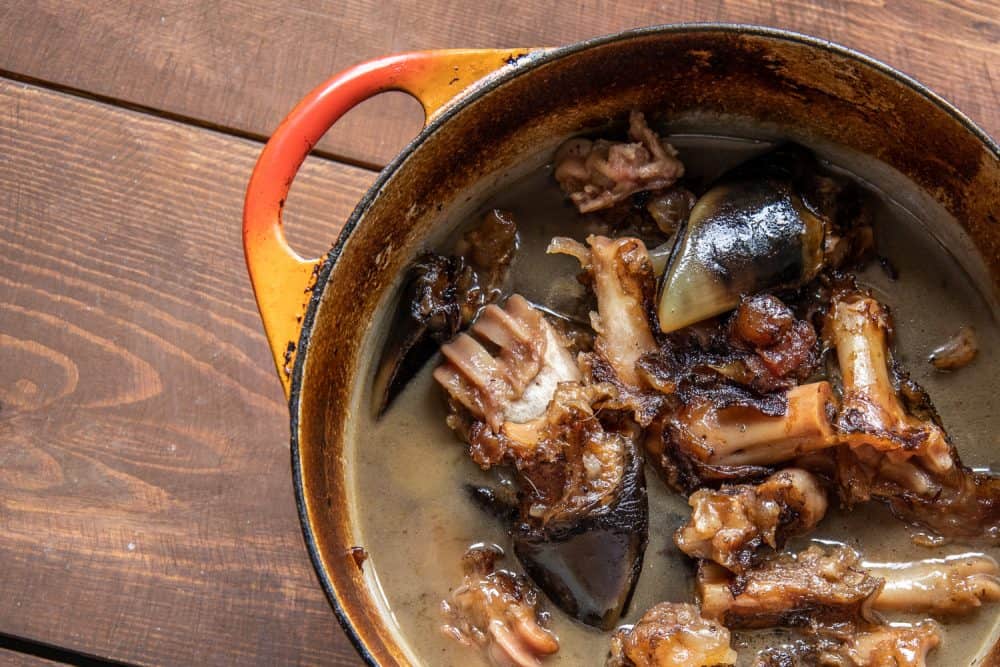 Venison trotters and leg bones add the collagen to the cooking liquid needed to bind the terrine, if you don't have deer feet, you could add a pig foot (discarding or keeping it after cooking)

Terrines en Gelee / Aspic are as easy as they come

The beautiful part of a terrine in aspic is that there's no watching a thermometer, or worrying about over-cooking. Everything is simmered until it's basically falling apart, then all you have to do is strain the braising liquid, reduce it to a syrup, mix it with the meat, pack into your choice of terrine mold (I used a mason jar for a round form, but a loaf pan works just as good) chill until it's solid as a rock, then slice and eat like any other cold cut. For reference, too, the method is identical to classic pork headcheese.

Oh, and if that wasn't easy enough, if your terrine en aspic / gelee doesn't set, you can just toss it back in a pan and reduce the liquid a bit, and re-pack. Like I said, this kind of charcuterie is really fool-proof, and easy. Think of the meat proportions here as a suggestion: you can put just about anything in the brine and cook it, reduce the liquid and make it into a terrine, just make sure you have something that's rich in collagen. Do it a couple times and you'll see a recipe is hardly necessary.

For a really decadent sandwich, try putting a slice in a grilled cheese sandwich, heating the terrine makes the juices relax, giving you a goey, sticky sandwich like something out of a butchers fantasy. I used to deep fry headcheese too, but for that I use a fraction of the binding liquid since it can migrate out of the breading while frying and pop in the oil. 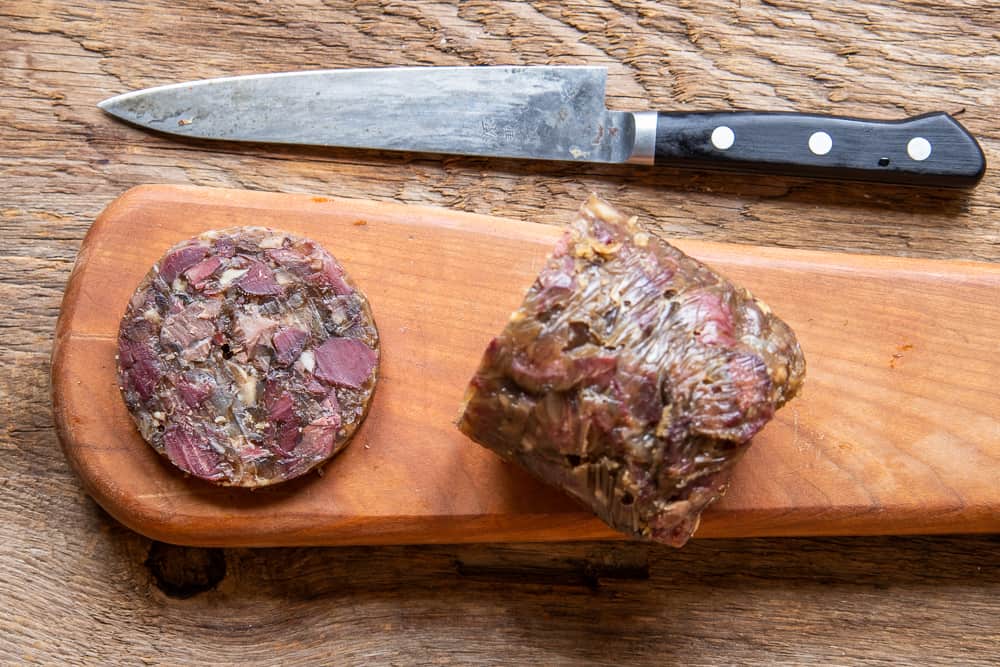 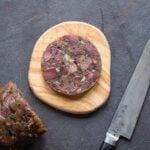 Serving (Pick a few or use what you like) 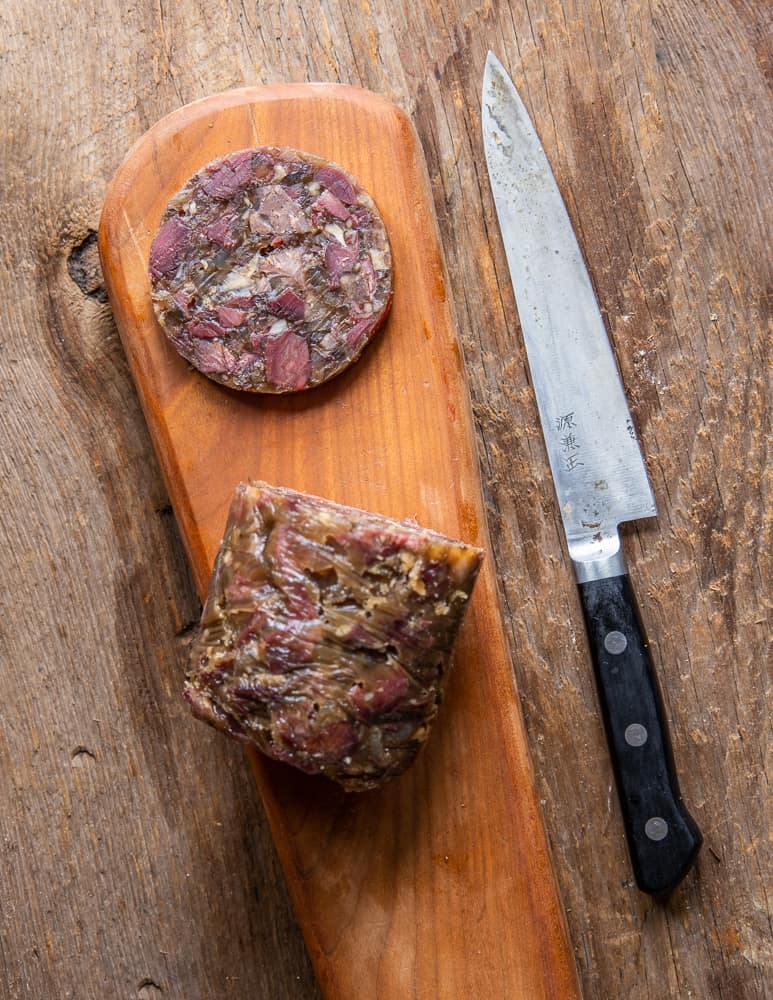