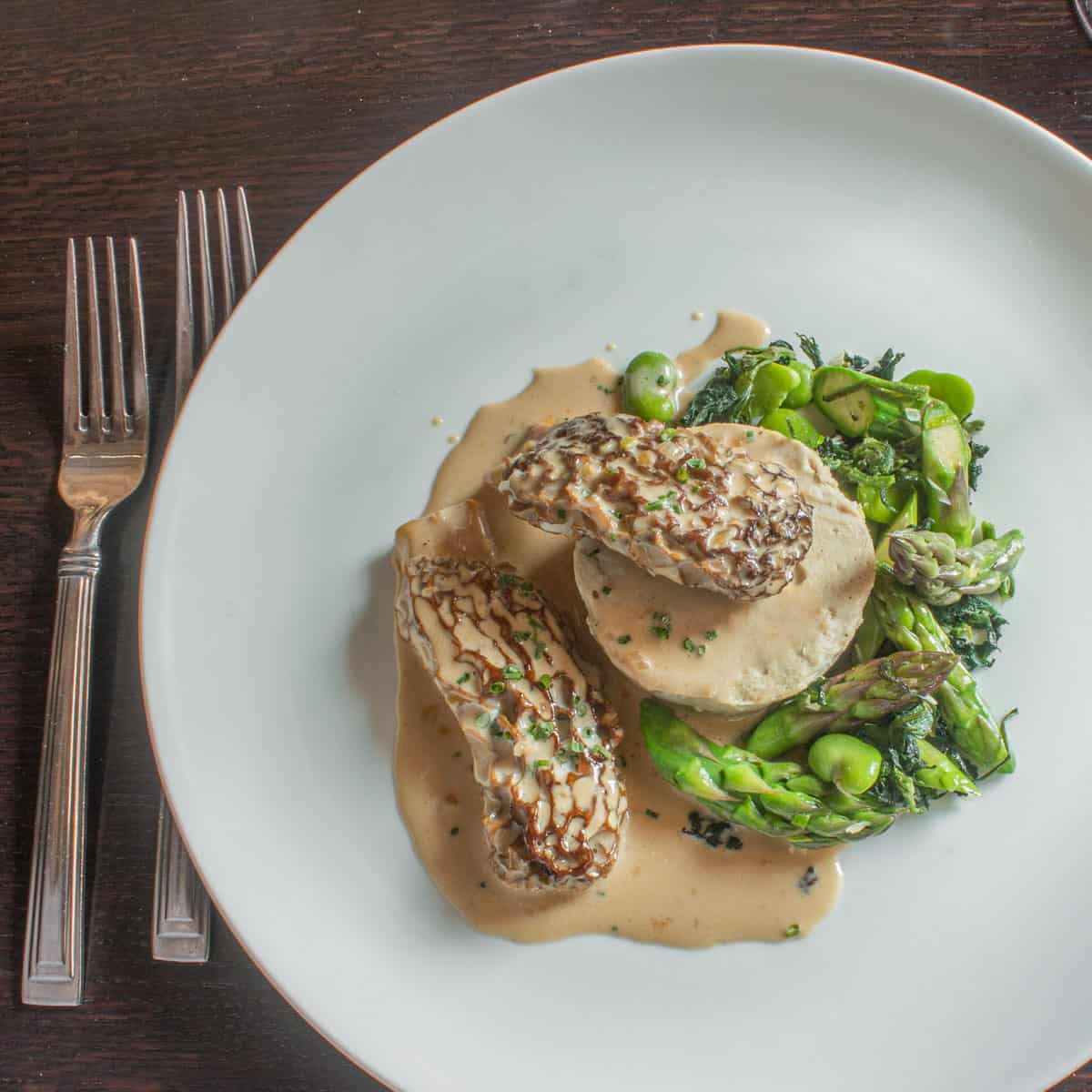 This Spring I was rummaging around the freezer and found a couple pheasant breasts, the sad kind I usually get donated by friends who hunt and just breast the birds out and throw away the legs and skin. It's too bad more people don't save all of the animal they kill, but I'm happy to give the meat a good home when I can, rather than it rot in someone's freezer until next season, and the next.

Pheasant, turkey, and game bird breasts that need to be cooked through (peacock!) can be tough to cook, and eat. The breasts are lean and need to be cooked gently, or wrapped with some sort of fat to mimic the natural skin that helps keep the meat moist.

Another way to ensure tender meat is to make a mousseline, or forcemeat a technique I use where lean meat is pureed with egg white, cream and bread in varying proportions depending on what I want to make.

What you end up with is a fluffy, juicy little nugget of meat. I use it often when I'm working with game meat, since combining the meat with other, neutral ingredients like cream, egg white or bread mellows strong flavors.

If you have anyone around that says they hate pheasant, venison, duck or pretty much anything else that can have a stronger flavor, try it out sometime. Real quick too, I used common stinging nettles here, but wood nettles would be great too. 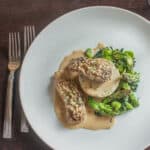 This is easy to make if the mousseline is made the day before, which will make it taste better too. Just saute some morels with a little shallot and make a sauce, then quick saute some green vegetables. But the real treat is the tender, juicy mousseline. Cook any blend of fresh green vegetables you like here, lettuce, peas, favas, and asparagus are particularly good.