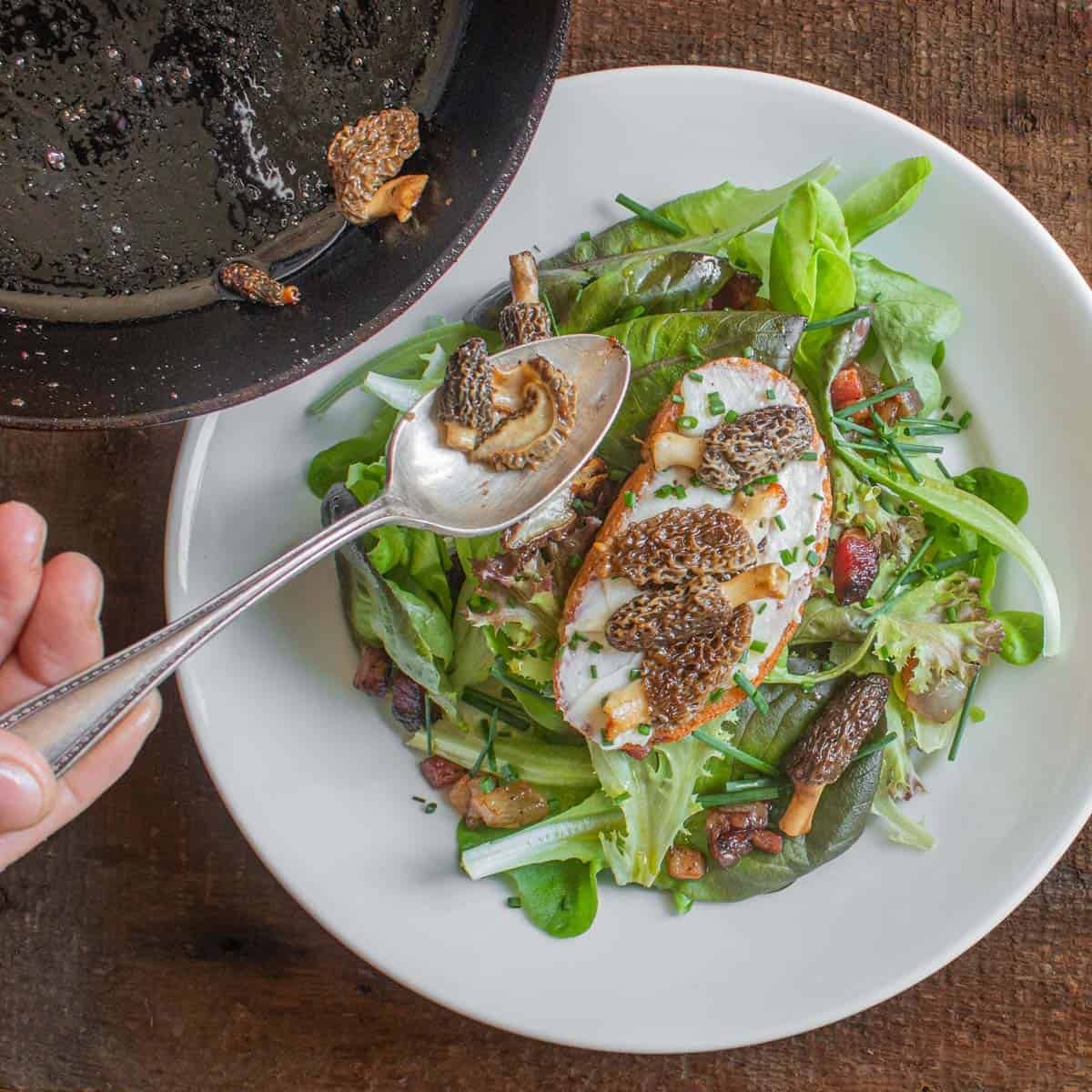 Part of what makes this salad so much fun is putting the sizzling morels on top of a crisp, cool salad. The contrast of hot, aromatic morels and lettuce is great.

The connection between memories and what we eat is a strong one. If I wanted I could recall my entire life as a timeline through what I ate, or just foods I remember, each particular thing imprinted for a reason only my esculent oriented brain could tell you.

Wild mushrooms are no exception, and the memories connected with them even more vivid for those that hunt them. I bet anyone who's picked a morel can probably tell you about the first time they ate them, where they were, who they were with, and how they were prepared.

This salad isn't a memory of mine, it's my girlfriends. When she arrived in France to study abroad for a semester as a teenager, one of the first things she did was go to a little bistro and get something to eat. Here's the story she told me.

It was her first night in Paris as a Fulbright scholar, she didn't have much money, but took a little of what she had to treat herself to dinner.

She walked around for a while and found an inviting looking bistro filled with dim, romantic lighting, that classic French restaurant music and lots of cool looking French people, it felt comfortable, a welcoming sight in the new country she'd be calling home for a time.

Her French was still a little choppy, and she remembered feeling self-conscious about it talking to her waiter, a calm older gentleman. She asked him what she should order, and he told her about a salad they were serving with morilles (moh-reez), or morels.

She didn't know all of the other ingredients on the menu, but she knew morels from back home in Wisconsin. Being a little homesick, she ordered the salad and the nicest glass of French wine she could afford.

When the salad arrived, she could smell the steaming morels, drenched in butter and smothering a grilled slice of pain de campagna (google boule for a picture of the classic loaf the restaurant used) along with melted goat cheese.

She ate her morel salad, divvying up every last piece of cheese toast, lettuce and morels equally so that every bite was perfect. She washed down the salad with the rest of the wine and went out into the night happy, and satisfied.

It's fascinating to me how a nudge or question about food memories can bring you immediately back into the moment, into the memory. I could've closed my eyes and been in the little bistro with her while I listened to all the details.

For her, the morels were a little taste of home, a little something new and seemed to me a sort of symbol of her stay in France, which ended up being a personal journey that would influence her the rest of her life, and consequentially through her work being a writer and editor, the lives of millions of people in the years to follow. 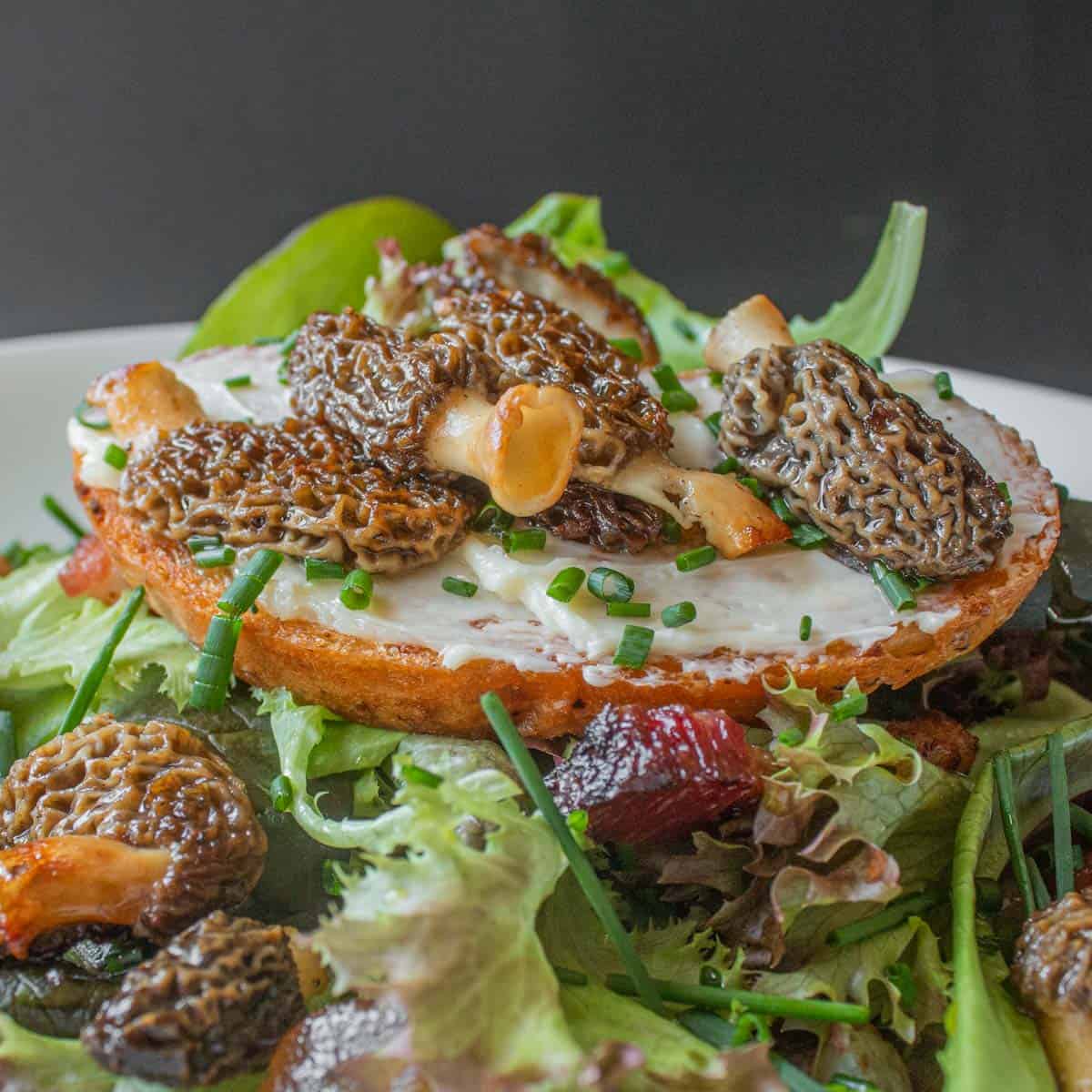 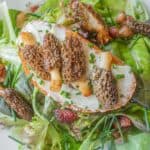 A great variation would be to get some really nice French cheese to melt on the toast here. St Marcellin, a brie, boucheron, or another of your choice would be great. I use my favorite chevre (from Donnay dairy) because it's what I had on hand, but you'd be rewarded for going out of your way to get a little bit of something special.