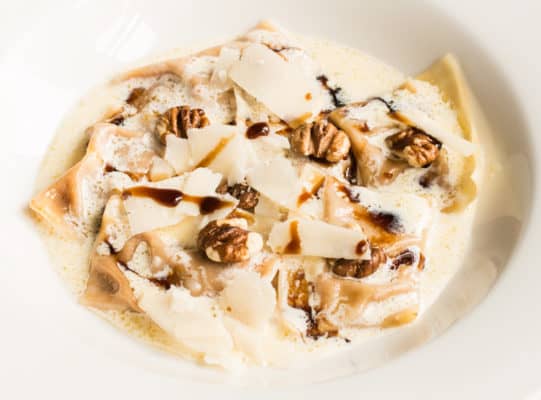 One of the things I wanted to show off on a menu for a recent event was hickory nut oil. The dish changed a bit as I developed the flavors in the rest of the courses, but it seemed like the only place I could sneak the oil in, so I was resolved not to figure it out.

The first version, revolving around some small agnolotti made of custardy buttercup squash, used the hickory nut oil whisked with a puree of caramelized mushrooms similar to the one on puffballs I outline here.

The dish with the mushrooms was good, but I thought it could be better. I thought something sweet, or maybe something tart would be a better link between the squash and the flavor of hickory nuts.

Maple syrup would have been a bit sweet. Balsamic, would have a little sweetness, but also some bite, and the dark color would contrast perfectly with the white and orange already going into the dish. That’s when I remembered I still had some birch syrup left, and that would be way more appropriate than balsamic, and, more interesting. 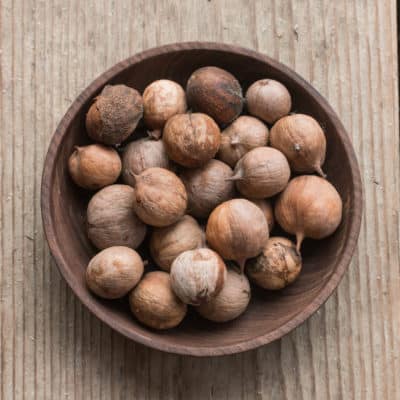 Bitternut hickories I picked with Sam Thayer, who pressed them into oil that I used at the dinner. Sam sells the oil at www.foragersharvest.com

I made a couple versions of the dish to taste the flavors together before the dinner. It didn’t suck. The nutty, creaminess of the sauce, the luxurious bubbles of hickory oil floating around in it, and the sweet sharpness of the birch syrup cutting and contrasting the richness was really good.

Since this is a recipe with not just one, but three  expensive ingredients that can be hard to find, I’m just going to illustrate the process, since you could do something very similar with cheaper (but still awesome) nut oils, and reductions, like walnut oil and a really nice balsamic, for example. The basic flavor combo of dairy, nut oil, and sweet-tart reduction could take a number of forms. If you’d like to try your hand at something similar, here’s some flavor combos you might try:

For serving as an appetizer, this is too rich to eat as an entree, although some people would.

Boil a pot of salted water and cook the ravioli. Meanwhile, heat the cream in a wide pan until steaming and hot, but don’t boil. Stir the oil into the cream, it won’t become homogenous. Transfer the ravioli to the pan with the cream, turn the heat back on and get them hot, then double check the seasoning and divide between small, heated pasta bowls as an appetizer. Garnish with the parmesan, a few toasted hickory nuts, and a good drizzle of the birch syrup. 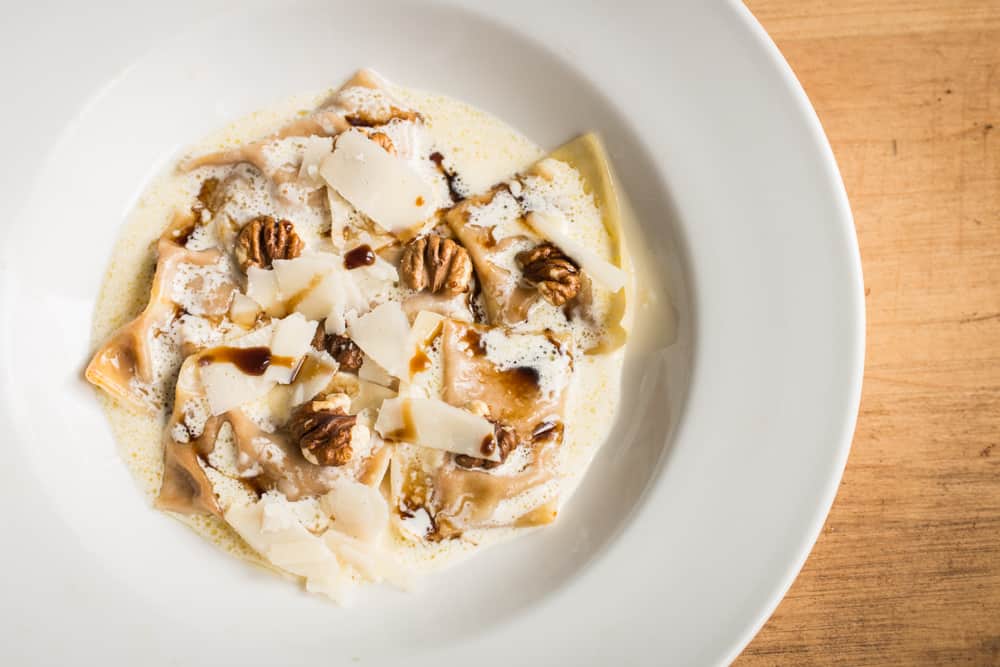