From my experience, finding Lactarius that are good for the table is tough. There's always bugs to compete with, but they just aren't as reliable as a good old chanterelle, black trumpet, chicken/hen of the woods, or morels where I live. One year I'll see more than you can pick with a wheelbarrow, then next year I'll see five.  Like so many things, their rarity makes me want more.

Many mushroomers will know Lactarius deliciosus saffron milk cap, even if they haven't had it. If you dig through mushroom literature like David Arora though, you'll know that there are other milk caps too, and some of them are rated as much better edibles than the saffron milk cap.

My friends from Spain will probably disagree though. On the Iberian peninsula, the rovellones, or niscalos as they're called, are by far the favored wild mushroom to hunt for the table. 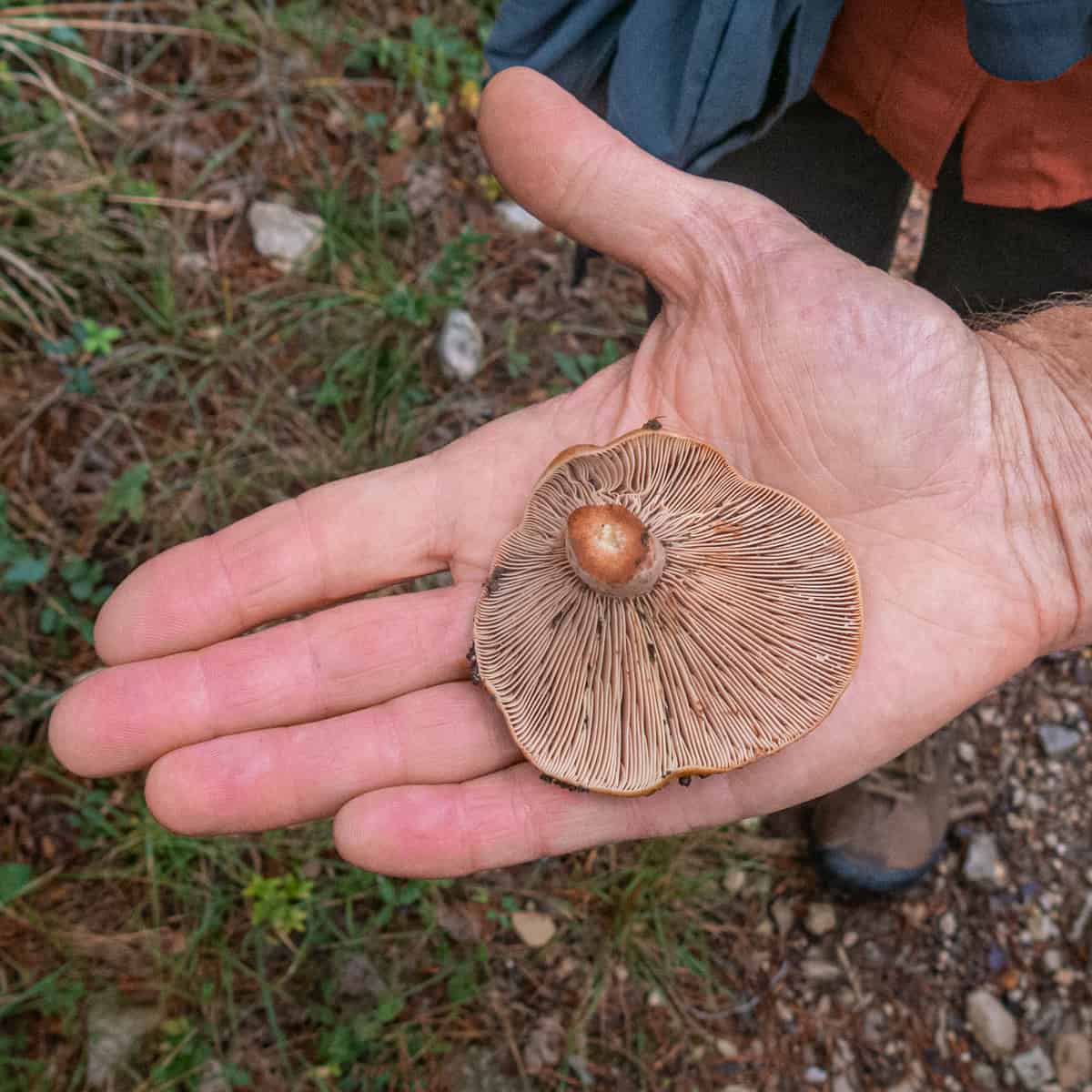 On my wish list to find has been Lactarius sanguifluus-the bleeding milkcap. It resembles the saffron milkcap, but is rusty-red instead of orange. I've heard of people seeing them in the U.S. but sighting seem to be rare, compared to the saffron milkcap which seems more widely distributed. 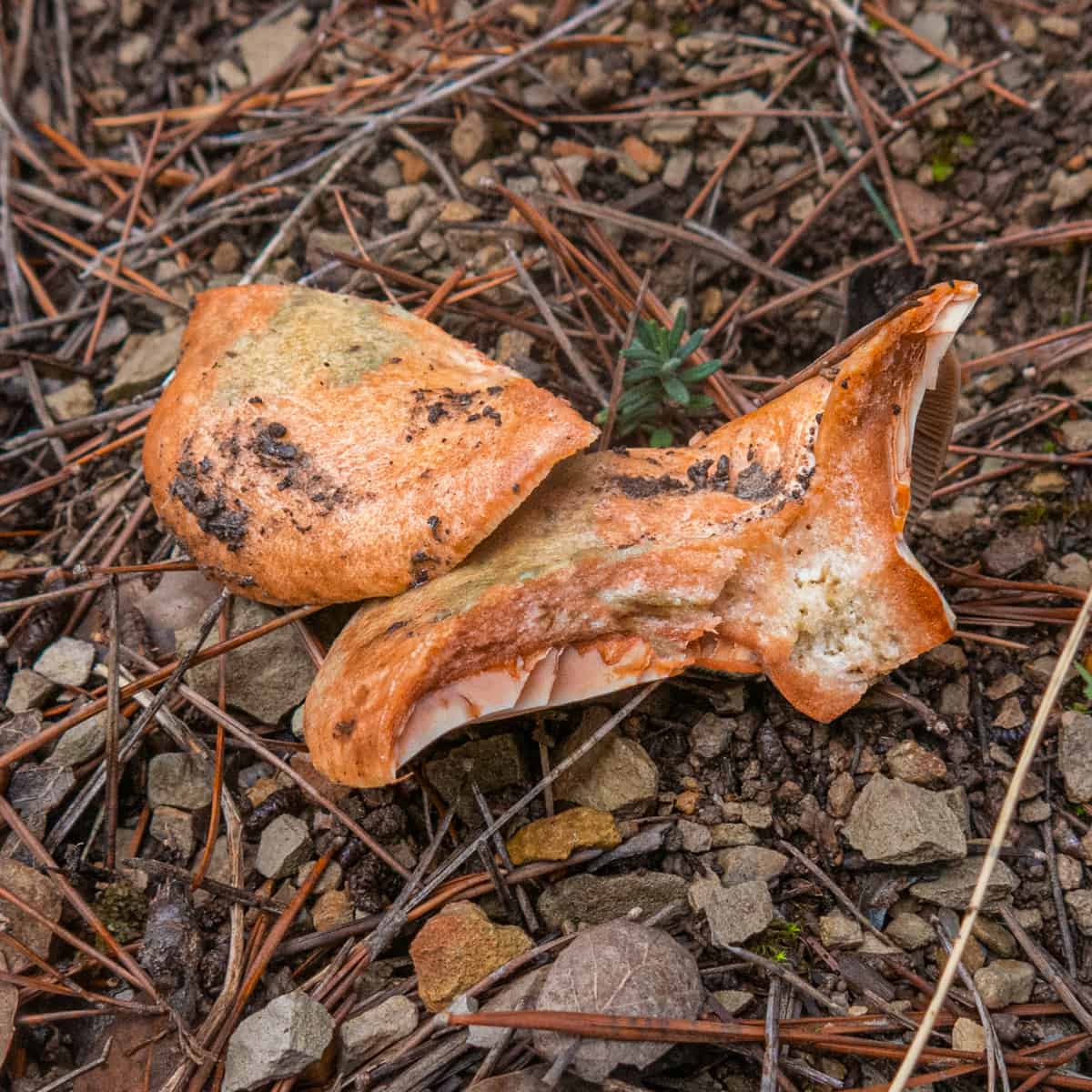 I've gotten messages from mushroom hunters in Turkey saying this is their preferred species of Lactarius to pick, the local name translates to "the bloody one", as you can see with the red staining here.

During my recent trip to Provence they were growing along many of the French hiking trails we went through, and were being sold at almost every market that had fresh wild mushrooms.

For the most part, bleeding milkcaps will cook up nice like any other fresh mushroom, but as is the case with Lactarius and some other species (honey mushrooms for example) when pickled or stewed they release a natural mucilage that can get thick and gooey. Searing or blanching them first negates the effect. 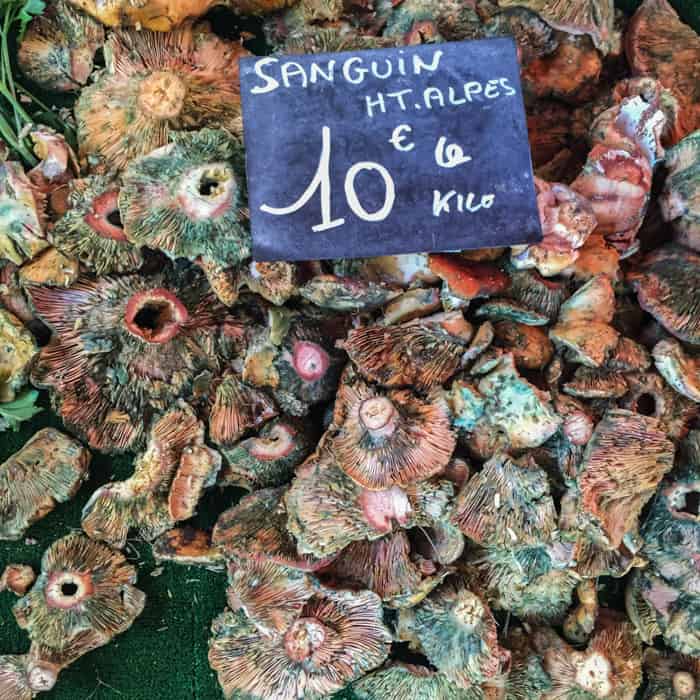 Bleeding Milkcaps at the market in Aix-en-Provence

One of the tour guides I had on the trip went to school for botany, so she knew a thing or two about plants and mushrooms. When she saw me stooping down to pick up a bleeding milkcap, she got excited and told me that many people eat them, but that the flavor isn't as intense as some of the more celebrated mushroom varieties. She said the usual way to enjoy them was marinated, as part of a salad. 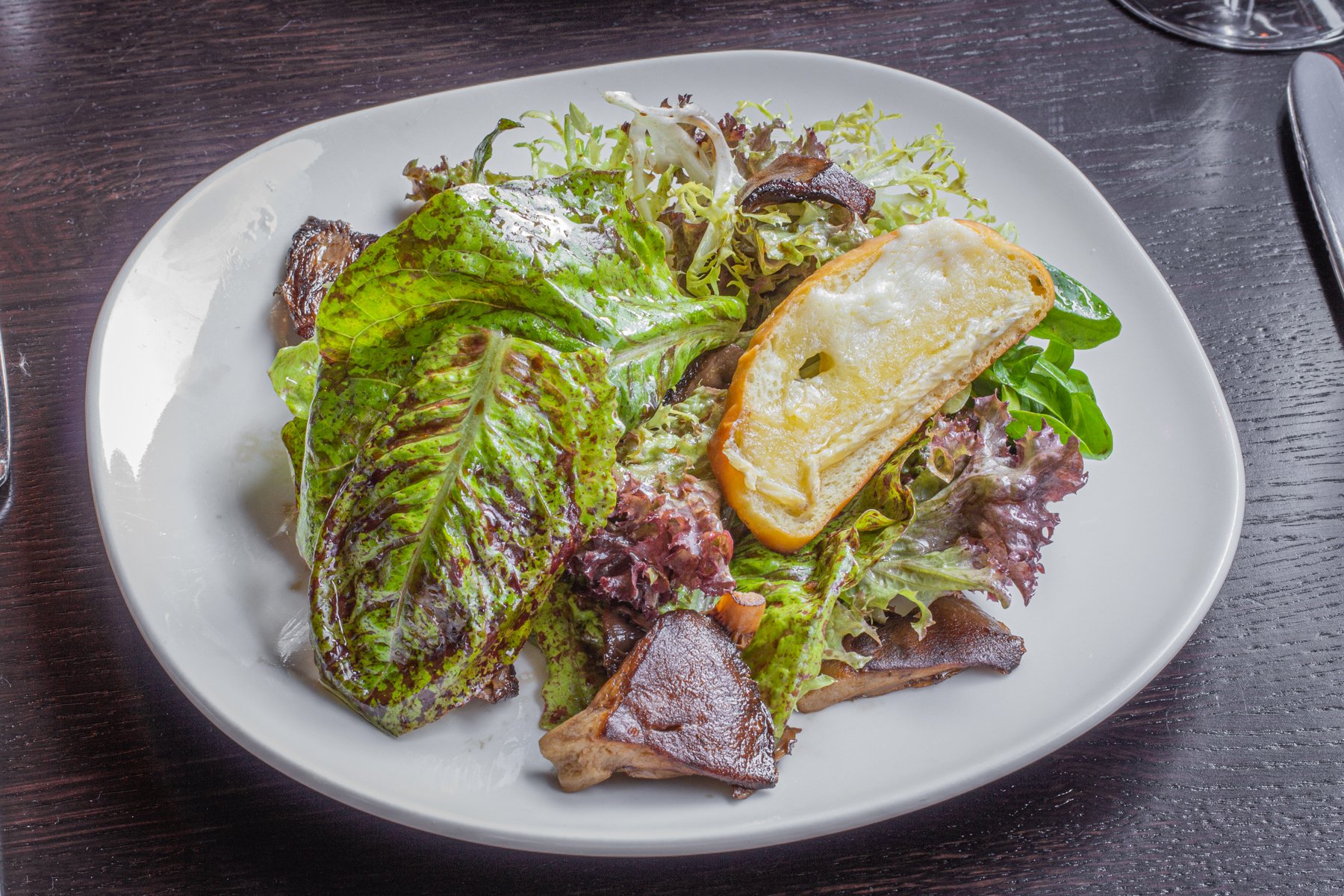 The salad here is deceptively simple. I based the dressing off of one I tasted at a pastry chef's house in St. Remy de Provence. Her dressing was so good I had to ask for the recipe, and was surprised when she told me it was just a tiny bit of garlic put through a press, good olive oil, and just the faintest touch of balsalmic vinegar. Having the garlic mashed completely into a paste, and not using too much is what makes it. The cooked goat cheese crouton is very typical of the salads I ate over there as well-a classic Provencal touch.

The type of goat cheese is important here. For the traditional Provencal crouton you want to use a goat cheese that has a rind on it that will melt nicely. Typical chevre found in log form is not the right kind of cheese. I've listed two Midwestern substitutes below that would work just fine.

Method
Heat and oven to 350 degrees. Put a slice of cheese on the bread and toast it in the oven until the cheese is melted and the bread is just crisp. Meanwhile, mix the garlic with the oil and vinegar in a salad bowl with a fork for a minute, then add the greens and mushrooms and season to taste with salt and pepper. Divide the salad between two chilled plates, top each with a warm cheese crouton and serve immediately.

I asked our tour guide how people in Provence liked to marinate their mushrooms, and it's pretty similar to how I typically marinate mushrooms. The wild French thyme was all over the place in Provence and flavored the cuisine, dried domestic thyme is a good substitute since the wild thyme is very strong. Note also there's also no acid in the marinate, which means the mushrooms should be eaten a day or two after they're made.