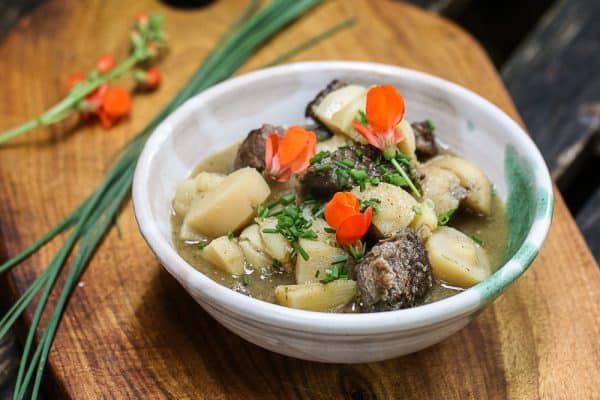 A rich stew of timpsila, hominy, and bison. Pictured with chives and scarlet runner bean flowers.

I started cooking with the Thíŋpsiŋla / Timpsila / Prairie Turnips, and they are so, so delicious.

I was lucky enough to get invited out near the Standing Rock Reservation by my friend, Native American ethnobotanist Linda Black Elk this past summer, and for two days, I worked hard enjoying the timpsila harvest with them. Thankfully my pale skin survived the prairie sun, and the rattlesnakes. I managed to get two large braids of dried timpsila for two days of good work, and I'm glad I did.

After drying, the prairie turnips are very hard, but with a quick soak in water and long, slow braise, they come back to life like new, and make a great addition to soups and stews, especially those with meat. I really wanted to do the wild tubers justice, so there's no funny business here: I took what Linda's mother in-law Candace told me and put it right to work. 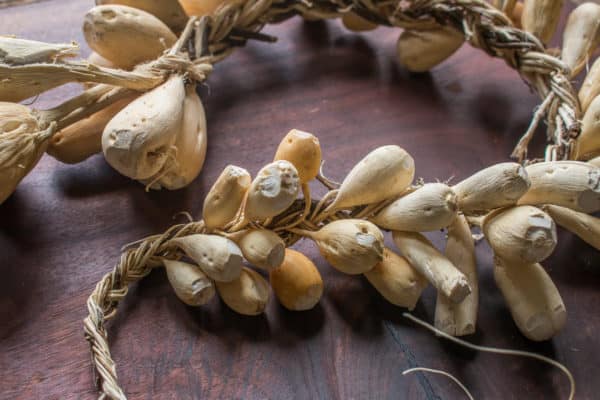 Candace mentioned a bunch of things to do with them, the first being cooking them with bison tripe. Fresh out of bison tripe (I don't know that anyone even sells it) I went to her next suggestion: using them in a soup. The first method she mentioned used wasna (sounds like Wahznaah) or dried bison. I ended up just using stew meat to make it approachable, but I plan on getting around to using wasna in the future. 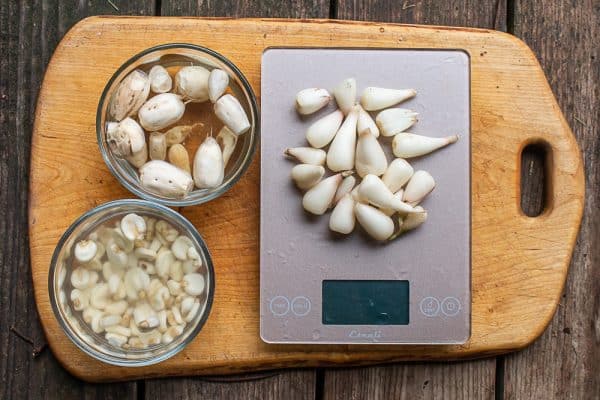 Ramps and good hominy were are the other key players here.

Speaking of buffalo, it can be hard to find, and even if you find some, it isn't necessarily great. If there's one thing my experience has told me about bison meat, it's that it can be inconsistent. Most commerical purveyors I've dealt with usually source from a collection of farms to ensure consistent supply, but, unfortunately, management practices can differ between farms, which can mean the products can end up tasting different from one another (too much corn, etc) and the meat can be weak flavored and light in color: watery. If I pay the bison price, I want the real deal.

The folks over at Wild Idea Buffalo were kind enough to send me of their Bison just for this, and it's good stuff, in fact, I'd say it's some of the best I've had. The meat is deep garnet and richly flavored as it should be, and the quality of the meat goes hand in hand with their regenerative management practices and prairie restoration--another thing I really appreciate in suppliers. Their company has a great story, and sells a quality product, so if you want to try some great bison, head on over to their website. 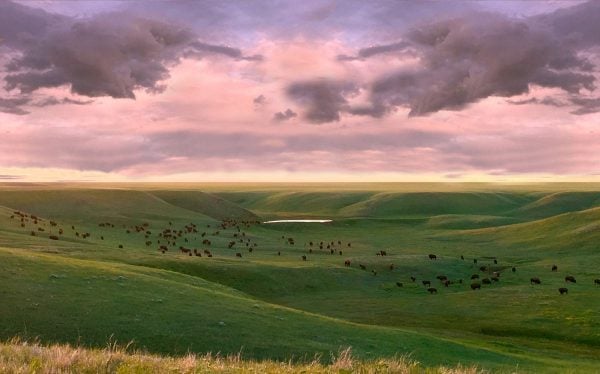 The best part of the stew though is the timpsila. After braiding and drying, you'd think they would be rock hard or too tough to eat, but they're not. Like magic, the little tubers rehydrate, doubling in size and cooking up just as if they were fresh. It's really remarkable, and I don't know another food, wild or cultivated, that cooks quite like they do. If that wasn't cool enough, they're just plain delicious. As they cook, the tubers soak up the broth of whatever they're cooking with, and it makes them eat a bit like meat flavored potatoes or vegetables. If you don't have wild onions or buffalo, you can still make a good version of this, but there's really no substitute for the praire turnips. 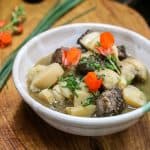 If you use venison/bison shoulder or neck, you might have a decent amount of fat in the broth already. If you use a lean cut, you may want to consider adding some fat. Drizzling hickory nut or acorn oil is a great choice. 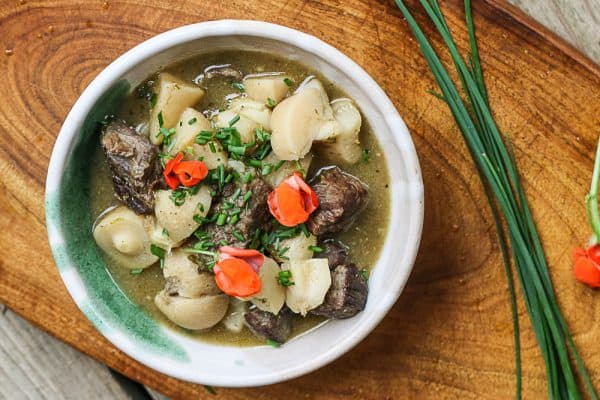