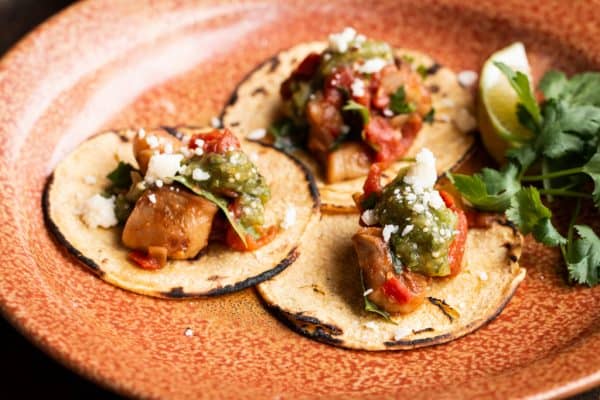 Tacos with shrimp of the woods / aborted entolomas.

If you're a mushroom hunter, the thought of making wild mushrooms tacos has probably crossed your mind, as it has mine. The thing is, wild mushroom tacos aren't some gringo adaptation, or heretical thing, they're actually a traditional way of preparing mushrooms in certain parts of Mexico, specifically (to my knowledge, chime in if you have info) the Michoacan peninsula, but probably other places too, as I know I've had invites to hunt around some of the volcanoes near Vera Cruz. Mushrooms growing in hyper-rich volcanic soil is a fascinating topic by itself, so before I get off track, back to mushroom tacos. 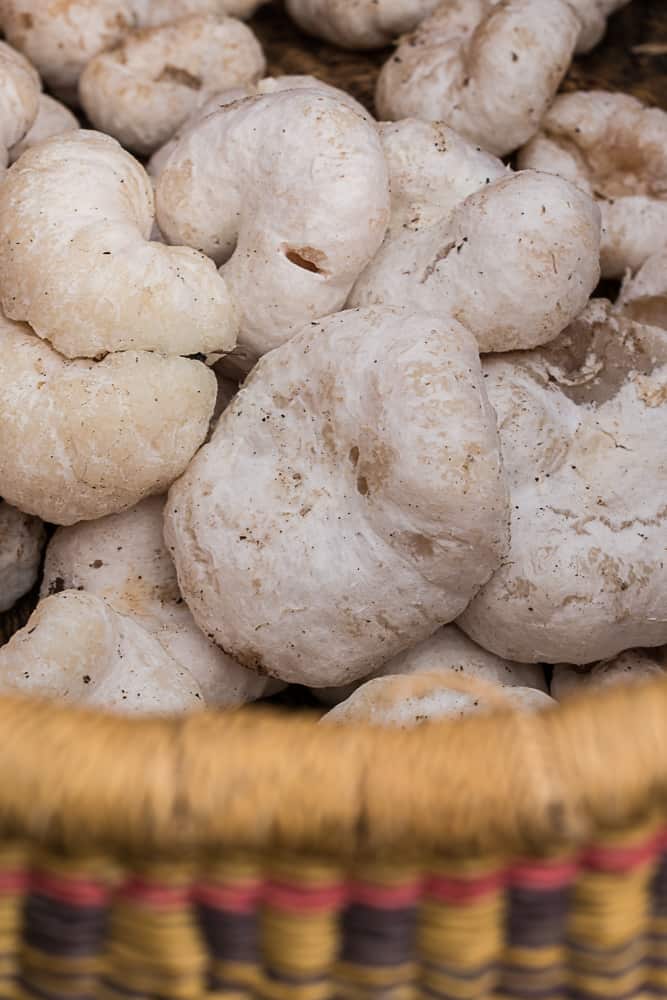 A nice haul of shrimp of the woods or aborted entolomas.

The preparation is simple: mushrooms are harvested, boiled, then sauteed with onions, tomato, and jalapeno, then eaten with tortillas—that's it. In reality, the method of cooking here isn't so much "tacos" as Americans would think of the term, but more so fresh tortillas are just a vehicle for the mushroom mixture, which, as you'll see shortly, are used as a sort of meat substitute. In the video I'll link to, they use lobster mushrooms, or Hypomyces lactiflourum, that go by the fascinating name of "Tromba de Puerco" (the pork horn), in my mind referencing both the shape their local Russula or Lactarius take after parasitization, and the fact that the finished product is eaten as a meat substitute.

Boiling mushrooms: a common practice around the globe

For a minute though, lets back up and talk about boiling mushrooms. Here's my opinion. Boiling mushrooms is a common practice around the world, and I can think of specific examples from Russia and Italy besides here where it could be said that it's one of the most common treatments for them. Boiling a mushroom before sauteeing might sound odd, like a technique that could rob them of flavor, but there's a deeper meaning there. 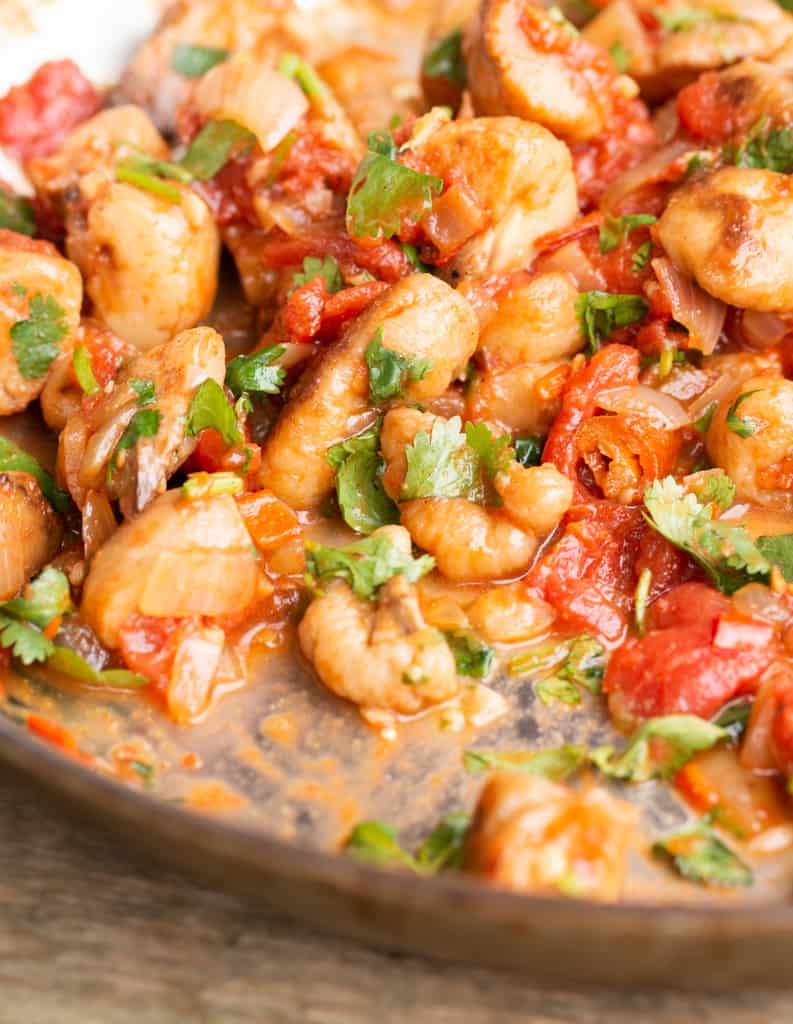 Plenty of mushrooms will be cooked sauteed with onions, tomato, cumin, jalapeno and cilantro.

Some mushrooms have compounds that are denatured by high heat and a good boil, a process that mushrooms like some Ramaria, Amanita, and Gyromita species will benefit from, ensuring that no one will get tummy aches after eating. When dealing with multiple species of different mushrooms at the same time, somewhere along the line, humans discovered than many were made safe by the practice, and it likely spread as a cure-all treatment for all the mushrooms people in the region harvest to ensure safety, mushrooms being the strange creatures they are.

What I'm alluding to here, is that the boiling part of the original recipe you can see in the Youtube video is probably more of a passed down safety precaution than it is local culinary technique, per se. And, with that in mind, if your mushrooms are ones that don't need to be blanched to ensure they're thoroughly cooked, or to prevent upset stomachs (Ramaria) you can probably get away with just sauteeing them, as I have here with the shrimp of the woods (Entoloma abortivum). 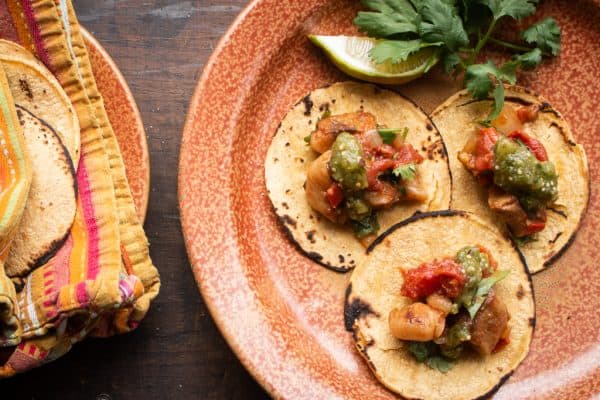 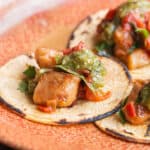 For serving (mix and match your favorites) 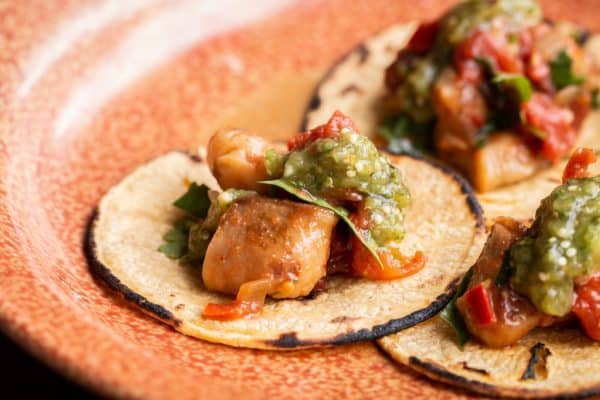