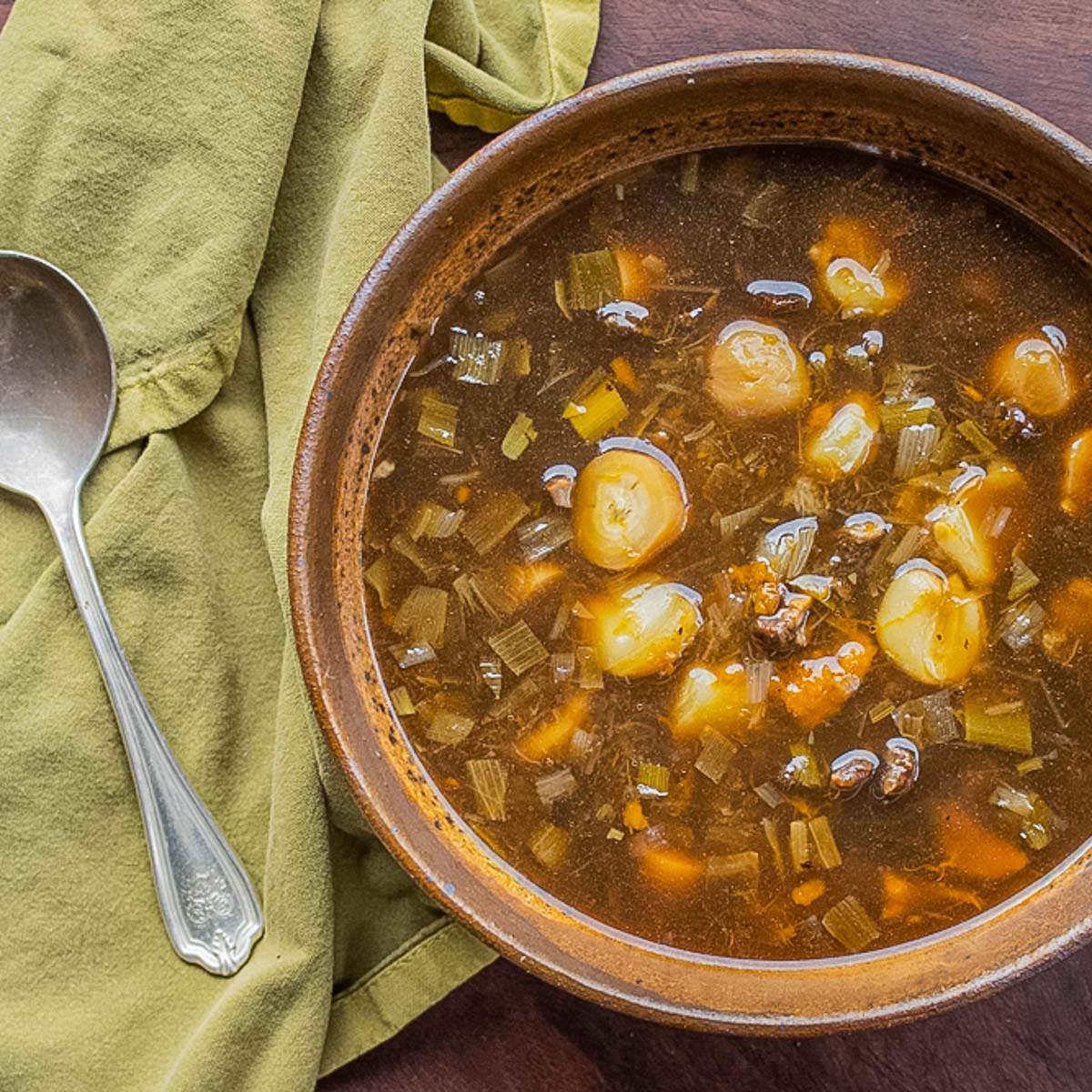 Venison bapa wohanpi soup is a rich stew made from all-dried ingredients that makes for a delicious, creative meal in the winter.

After I cooked my venison trotters, the first thing I wanted to make was a traditional Lakota bison hoof soup, but, once I saw how much meat I got off the venison trotters, I switched gears and had to make a couple things instead of just one. Since the broth that came off the trotters was incredibly rich stuff, soup was in order, a special soup made of all dried ingredients, well, except the hoof stock. 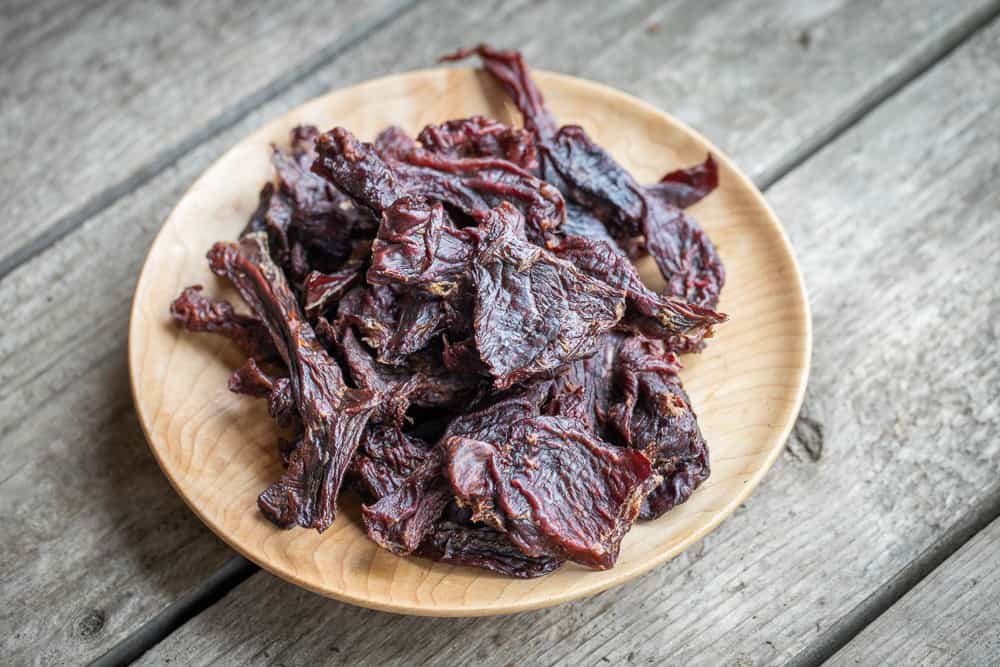 Dried venison, or Bapa / Papa, along with timsila or prairie turnips is one of the key ingredients here.

When I was harvesting prairie turnips / timpsila this year with my friends Linda and Luke Black Elk near the Standing Rock Reservation in South Dakota, I had the pleasure of speaking with Luke's mother Candace about traditional ways to cook prairie turnips. Besides simmering them with bison tripe (Taniga) bapa, or papa soup as it's also called, was one of the first things she mentioned. As I understand it, this particular soup version is bapa wohanpi, which translates to dried venison stew. Watch Luke and Linda make the real deal here.

A soup made from all dried ingredients 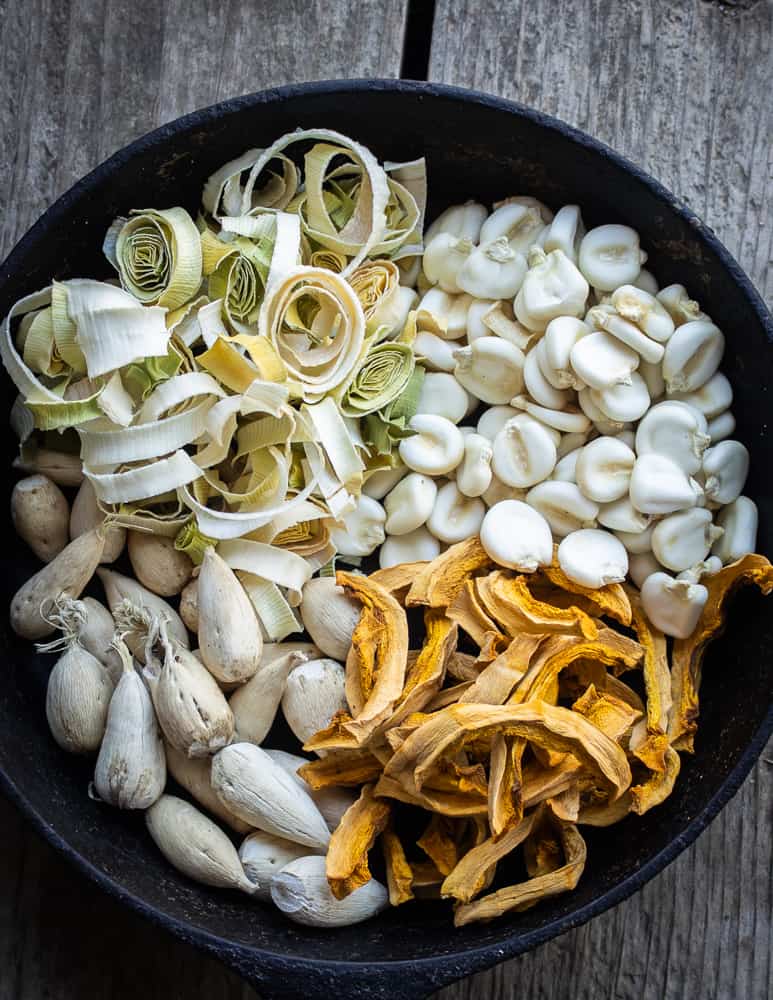 This is a very traditional soup, and the coolest part (besides using wild prairie turnips) is that it relies on dried ingredients, making it a perfect stew for winter. Accounts seem to vary a little bit depending on what you have and where you are, but the timpsila are omnipresent, as is dried meat, the bapa. Other than that, most recipes I can find examples of also use dried corn (washtunkula) or hominy. I went with the latter since I'm addicted to dried hominy. Other dried ingredients you can see pictured here are dried kabocha squash, and leeks from the garden. Dried ramp leaves would be great too.

One thing to note here is that dried meat won't add much body or viscosity to a soup, so I really suggest using a good, strong stock, like the one I made with venison trotters. But, if you don't have stock, you can just cook the whole shebang to the next dimension (12 hours or so should do) until some of the dried ingredients break down and help thicken the broth. This is really a soup that eats like a meal, and It's alot of fun to cook with your own using a blend of dried ingredients. There's all kinds of possibilities here, although the prairie turnips really make it. 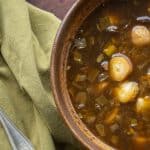 Soak the hominy and timpsila

Soak the squash and dried meat

Add the meat and squash

Other versions of Wohanpi and Bapa Soup