A while ago I was having fun working with my old boss Andy, now executive chef of Oxcart Ale House in St. Paul while he did recipe development in my kitchen before opening the restaurant.

He started out with the most difficult stuff: dialing in the from-scratch charcuterie program, which is similar to what I do at the Salt Cellar, although most of Oxcart's charcuterie is served warm in the form of a wide variety of sausages, and soon to be famous artisan bologna. (Real quick, this post is on cooking with mature spruce needles, see my post on general cooking with spruce tips for more).

I'd never cured a whole ham start to finish though, so when he told me he was ordering a few green hams (uncured) I asked if he'd snag me one to play with too. I messed around with a couple things, but decided to try infusing it with the flavor of spruce.

Spruce and pine needles have a great aroma but you need some tools, specifically a high speed blender that can break them up and release their aroma. It also takes time for the flavor to penetrate meat, and since a ham has to stay in brine for a while it's a great candidate.

Chris Bohnhoff and I shot a little tutorial of this too, which turned out really great.

The flavor of the ham is delicate, it's not really meant to be drowned with cheese and mayonnaise on a sandwich or something like that, it's better by itself, maybe with a little toast, butter and some mustard or pickles.

Now most people aren't going to cure a whole ham at home when they're readily available at other places, so this recipe is more feasible at home since it's made from a muscle cut out of a pork shoulder called the coppa eye.

It should go without saying that you don't have to actually flavor this with spruce, it's just an idea. Wild juniper and cedar berries made a great version of this too. An herby ham would be great as well, if you don't feel like picking anything-substituting rosemary for the spruce needles would yield a ham with a much stronger flavor. 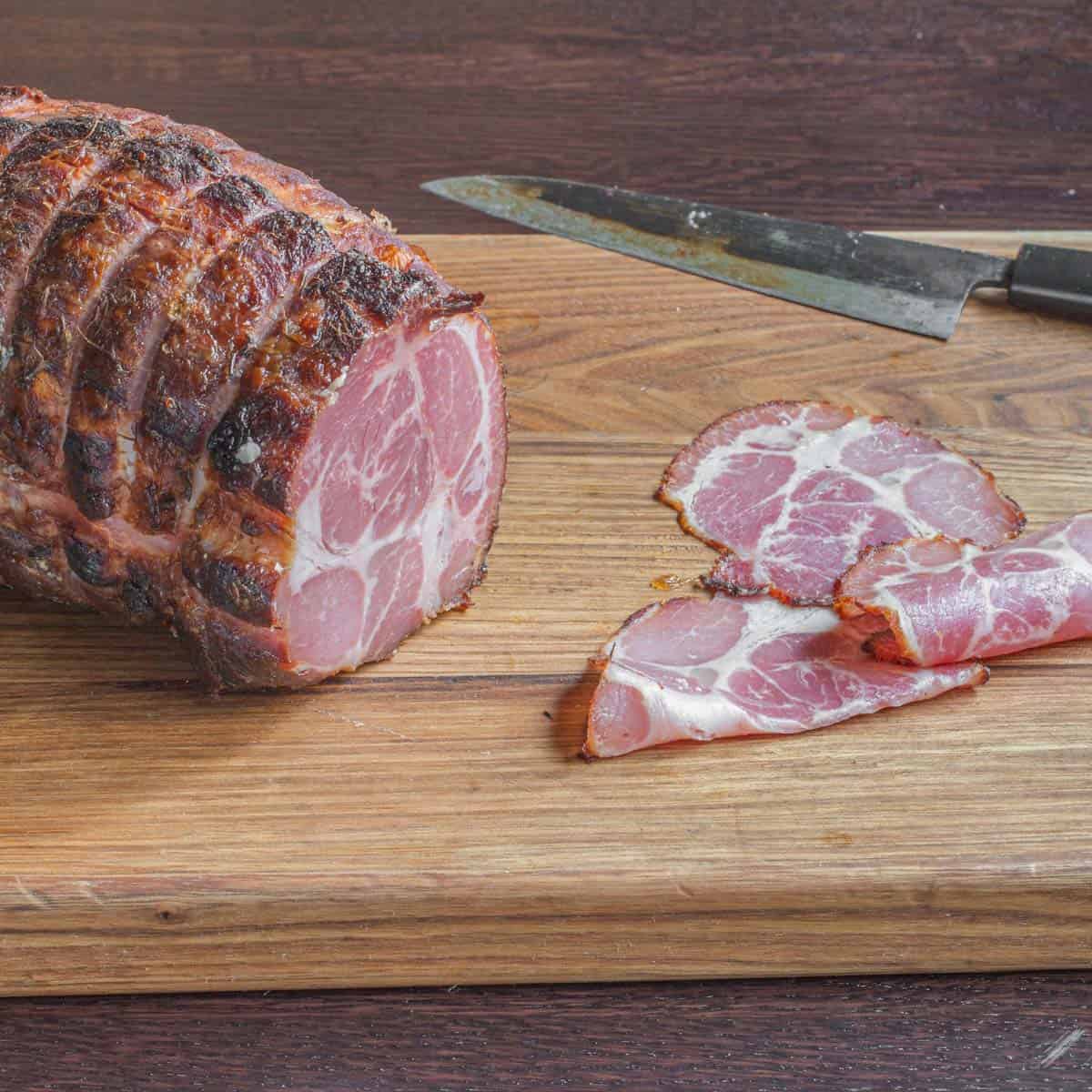