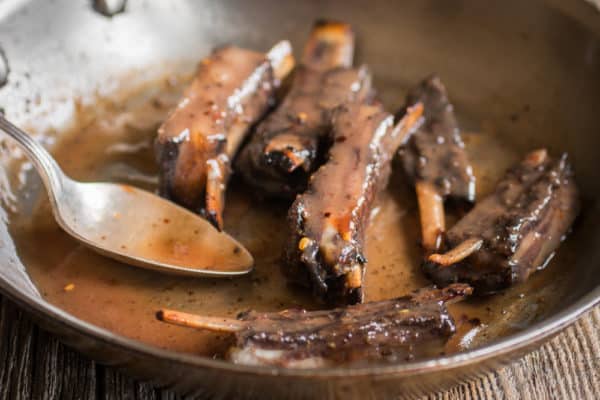 If you're a hunter, and you throw away the ribs, all I have to say is you're missing out, and you might consider taking them sometime, because they're a helluva meal.

As a chef, I never had time to hunt. Now, freelancing, consulting, and doing my own thing, I do have more time, and although I still haven't shot any deer, I have plenty of friends who do. When I went over to help butcher this year, I was shocked when noone thought twice about discarding the ribs and other cuts I like. Opening up my trunk to get a handsaw bought me some strange looks, and I was ignorant of the fact that most venison meat is simply stripped off the carcass. 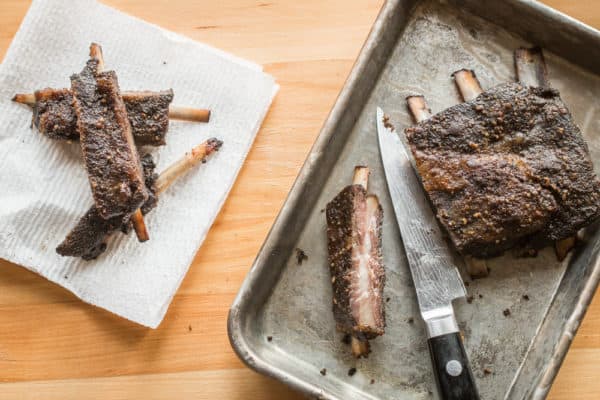 Chill the ribs to make them easy to slice after smoking.

Everyone was fine with me taking ribs, but noone else wanted them. There seems to be a fear of venison fat, and with some deer, especially those eating things like wild sage, I could understand that, since venison fat is rich. But, if those deer are from someplace like Iowa, where deer munch on plenty of corn, the fat on them is probably pretty mild, and will only need minimal trimming, depending on the cut, breast being the exception here from my experience as it's generally more fatty.

Anyway, I really like smoky, spicy, salty things, like any red blooded human, so I did a batch of simple ribs with a wild plum sauce made from my jam I describe here. There's a lot of different ways you could do something like this, and you wouldn't have to use wild plum jam, per se, so maybe it can give you some inspiration. The technique of glazing the ribs in a pan could be a post in itself, so put it in your hat for a rainy day. 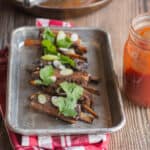