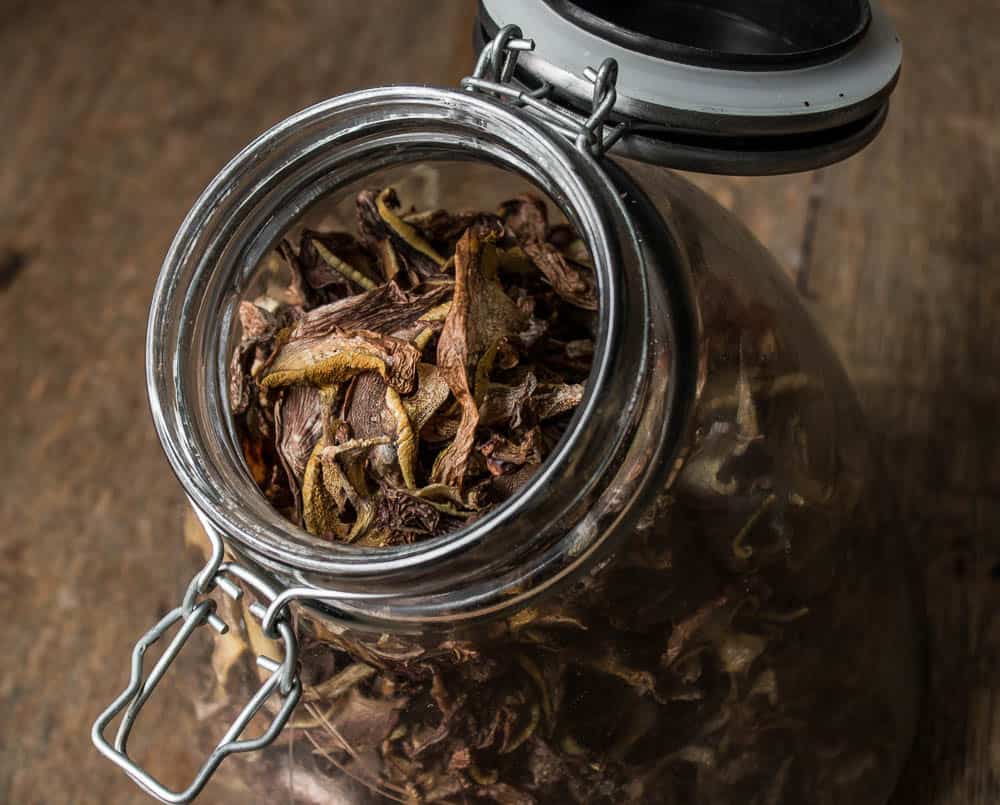 Come the end of fall It's getting colder, the mushrooms are fewer and farther between and alot of times I'm just hoping not to get skunked. When the blewits, hens, shaggy's, puffballs or parasols aren't playing nice, I know I can probably run over to a patch of pine trees and grab a few slippery jacks to make me feel like I'm not going home empty handed.

The first thing I usually do is dry them, all of them, for a couple reasons. Their shelf life is brief at best,  I don't really enjoy their texture freshly cooked and it's a pain in the ass to pick the pine needles off of their sticky caps.

Also, some people get indigestion from the sticky cuticle covering the caps if it's not peeled off, but peeling them is onerous, not to mention the caps stain your hands black like a black walnut. Drying the mushrooms negates the possibility of indigestion, from my experience. 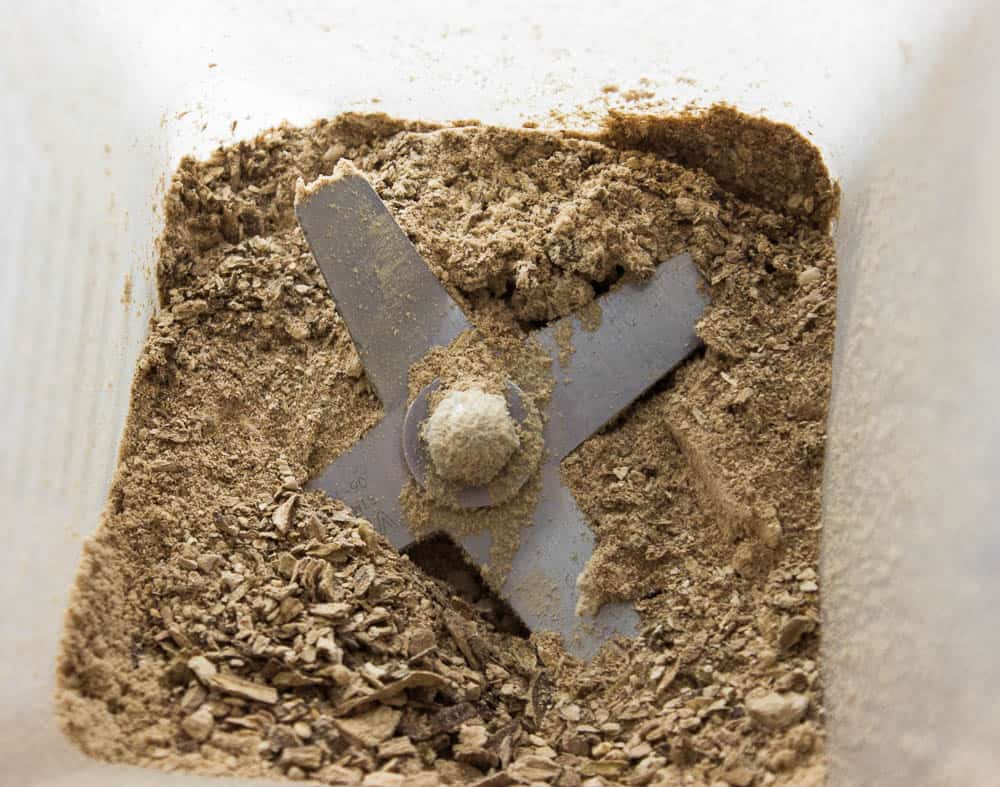 Vitamix=my tool of choice for powdering anything.

Drying improves their texture, but it also concentrates their flavor. Of all the Boleteceae, the deep, woodsy richness on the nose of dried slipperys jack has taken the most culinary meddling to tame for me.

The scent always tells me first it's a bolete, but with the most common mushrooms from the Suillus family I pick like white pine boletes (Suillus americanus & others), Suillus pictus (painted Suillus) Suillus granulatus and Suillus luteus, there's something else that tells me it's a slippery jack. Their smell is strong and can be an acquired taste. I remember one of my hunting friends saying that white pine suillus smell like a porcini doused in cat piss, I disagree with that, but you get the idea.

A little while ago I was testing out some ways to use them as a rub (one of my favorite ways to use the year's harvest of boletes) and I was really struck again by how strong the slippery jacks can be. I took some of my usual rub I make with mushrooms from the edulis complex or Leccinums and added a little finely ground coffee to it.

I like using coffee and boletes together, but usually I want to complement the taste of the mushrooms, not cover them up. I thought the coffee tempered the flavor and really rounded it out. Next time your wondering what to make with the slippery jacks you picked as a consolation prize, give it a try.

Brown the meat, don't sear it or mushroom swill burn, quickly. I like to add butter to the pan for the moisture the milk solids add to the little bits of mushroom in the powder, it's almost like they get re-hydrated a bit.

There's one real caveat to cooking with mushroom rubs: the mushrooms have been dried, so they can't be exposed to searing temperature heat. Basically that means I'm not going to use it on a piece of meat that I want to sear or brown very deep, or I just accept the trade-off that I won't be able to sear whatever cut of meat as hard as if it weren't rubbed.

If I want to say, flavor a roasted chicken with the mushroom rub, I'll probably mix it with some oil or melted butter and rub it underneath the skin, that way I cant still roast the chicken hard and get the crispy OR I'll cook a chicken low and slow after it's been rubbed until the bird is very tender, about 3 hours @ 250F, depending on your oven.

I also like to season the meat with salt separately, so that I can control the level of seasoning. After meat sits for a little bit and macerates, it releases juice that helps get a nice thick coating of shroom rub. 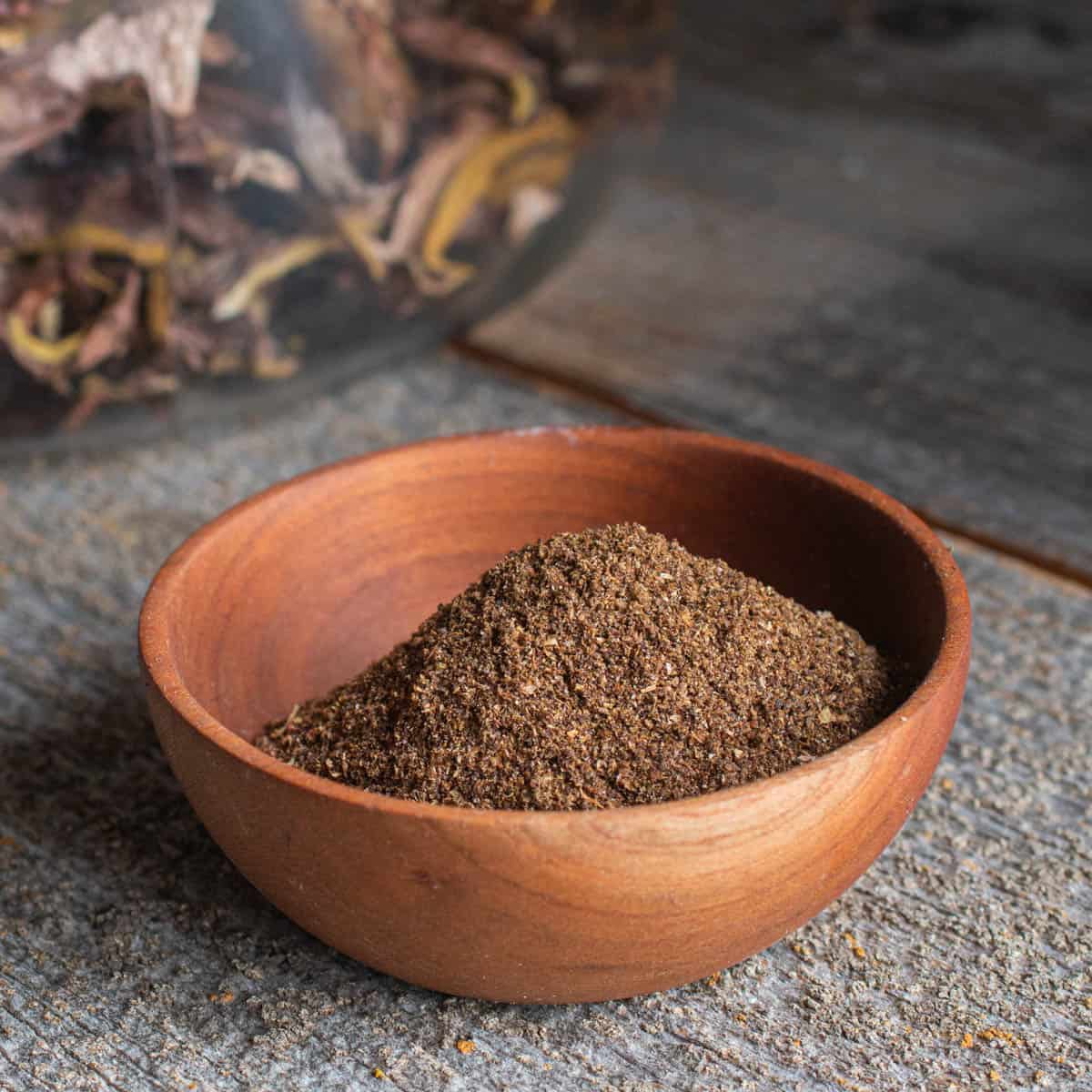 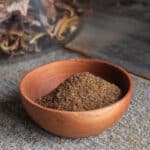 Depending on the species of Suillus you're using, the strength of the mushroom flavor can vary a bit. My advice is to follow the recipe below, then take a small piece of scrap meat or trim, use it as a sample, cook, taste, and adjust the rub with a little more ground coffee if you want and go from there. Think of this as a guideline for making your own blend, it is just fine without any tinkering though, if you want.
« Honey Mushroom and Beef Runzas / Bierocks
Ischnoderma Resinosum Broth »