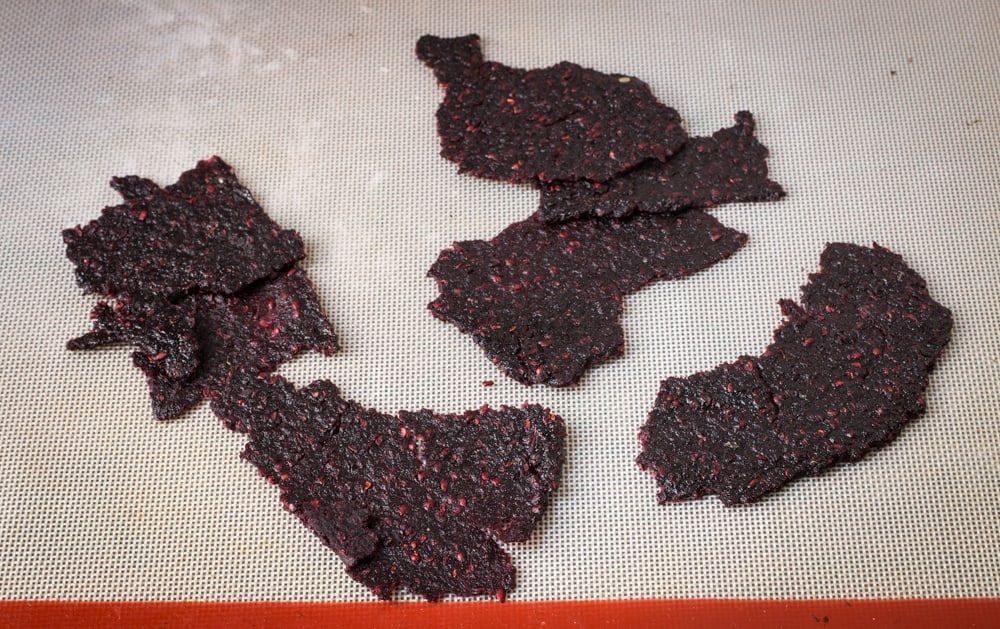 It took me years to really get a handle on harvesting serviceberries. First I had to find places I could go around the Twin Cities to harvest them, get permission from the land owners, and show up at the right time. Then, even when I did show up when the berries were ripe, bucket in hand, I could flip a coin to figure out if the birds had beat me to the patch first. I had basically given up.

The second time I got to pick serviceberries, and I mean really pick, I went with some professionals. We started out early on a Sunday morning and drove up the barrens in Northern Wisconsin from around Menomonie, blueberry rakes were the first thing we used, afterwords they gave me a blickey to borrow for the serviceberries.

The blueberries were easy, the serviceberries required a lot more work. Without the blickeys wrapped around your waist freeing both hands to pick, serviceberry picking is just as tedius as other berry picking if not more, considering how you need to gently bend and finesse the branches to strip the funky-multi-colored blueberries off the branches. 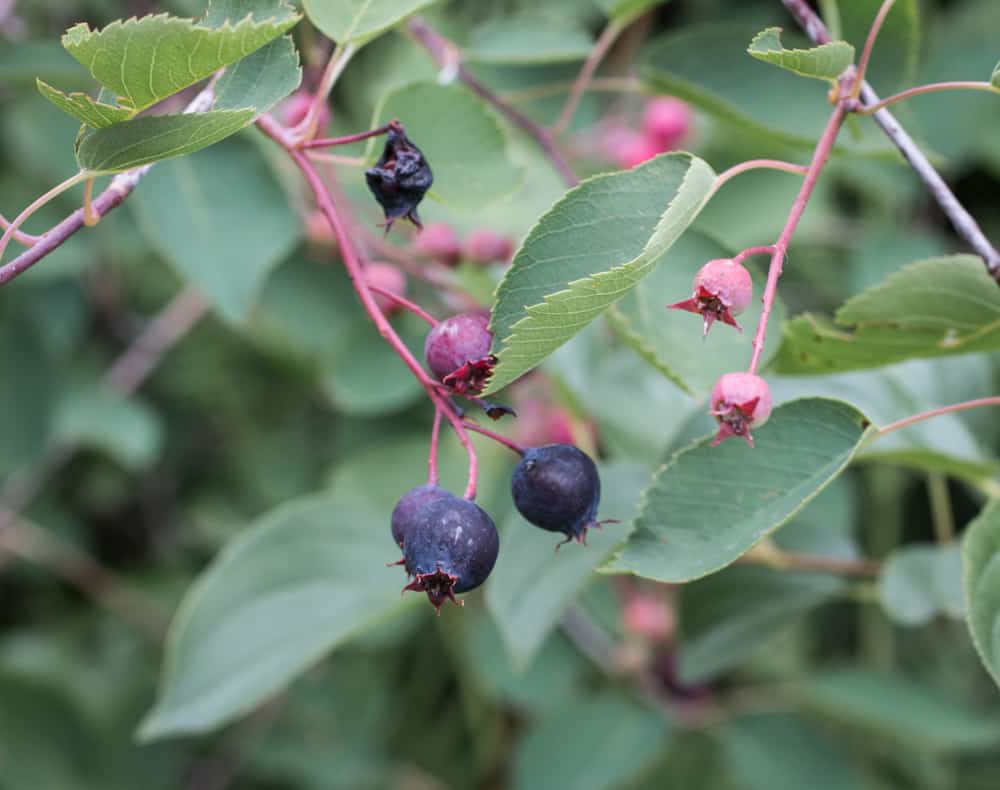 Serviceberries, near the North Shore, Minnesota.

After the day was done, I got in the car with a cooler filled to bursting with wild blueberries, and a nice albeit smaller bag of serviceberries. My friends went into the ouse when we got back from picking and gave me some leather she'd made out of her last serviceberry pick: I could tell it was special.

She held out a few purple shards to me and knowingly gave me the run down on the texture of the fruit leather, explaining that the seeds were important in the finished product, and that they gave a special touch to the leather. She said the seeds in serviceberry leather have a function too: ensuring a proper set in the leather, and by the same token, trying to pass the fruit puree through a strainer would make a sub-par leather. 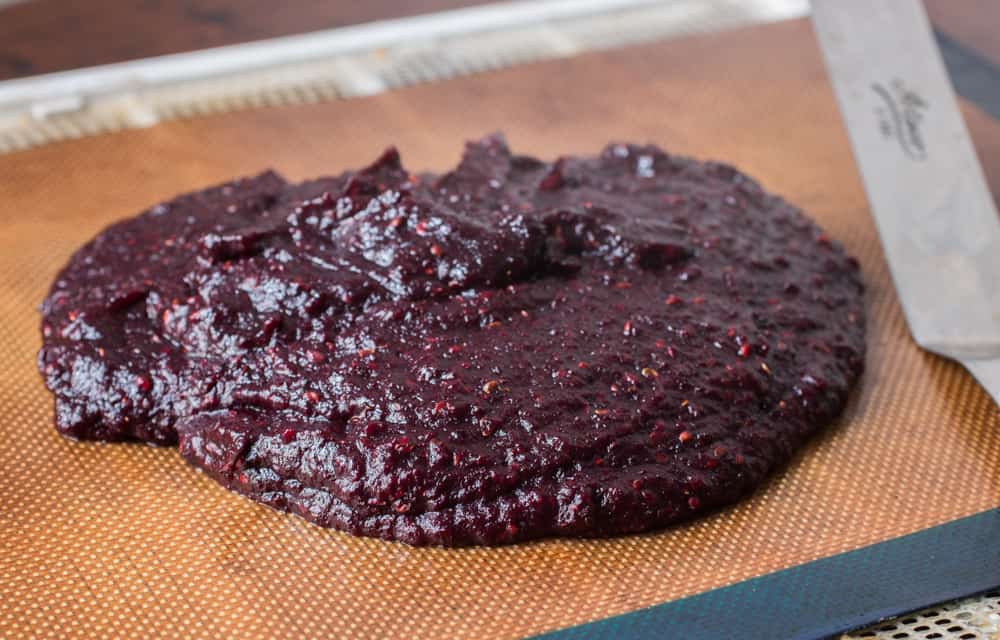 No pureeing needed, just spread the goop out and dry it, but don't dry it too much.

I bit into a piece and loved the rich, jammy flavor, punctuated with a little crunch here and there. It's not the sort of seed crunch you notice with something like raspberries, more along the lines of a sesame seed. The flavor and texture combo is really nice, a deeper layer of fruit leather than I'd had before. 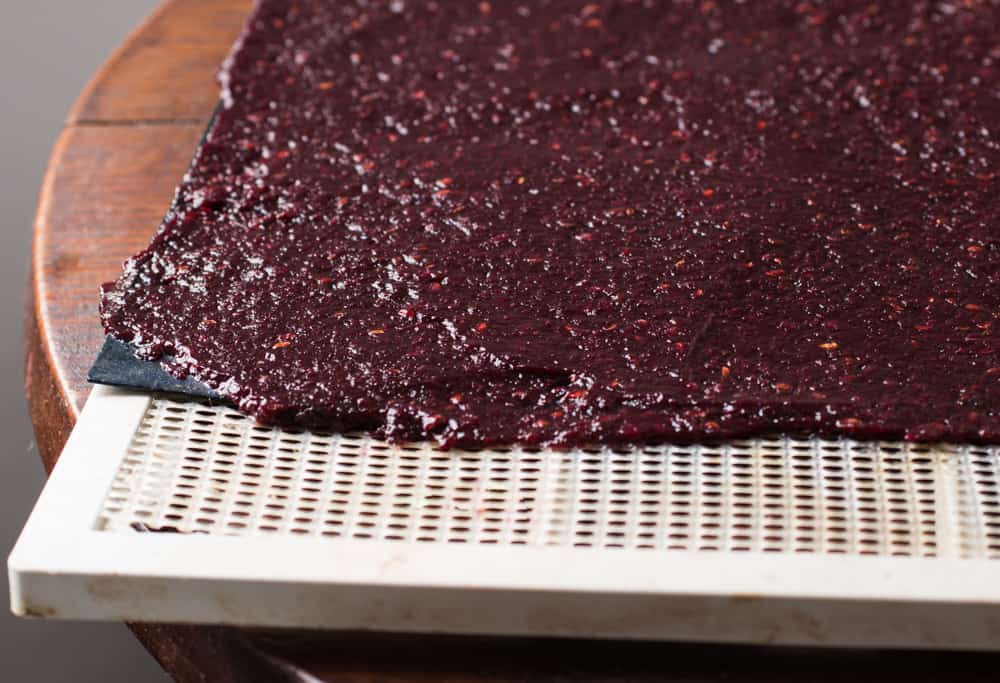 My friends wife also said it was traditional, from who I don't know, and out of shyness didn't ask, but I suspect it's a Native American tradition as most things were dried or preserved with much more of an eye for efficiency than we're used to now. Sometimes exaclty where something came from or the precise origins aren't the most important thing though. The most important thing was that this was a fruit preserve that tastes like history and character, and was completely new to me. I don't know whose tradtion is was to make it, but I know it's mine now.

The following is my rendition. Origal leathers probably only included cooked or pounded serviceberries and possibly water and a strong arm, but mine uses a little maple too. The maple is there as much for the sugar content, functioning both as preservative and flavor, as for the water it adds to help ensure smooth, easy to puree leather. 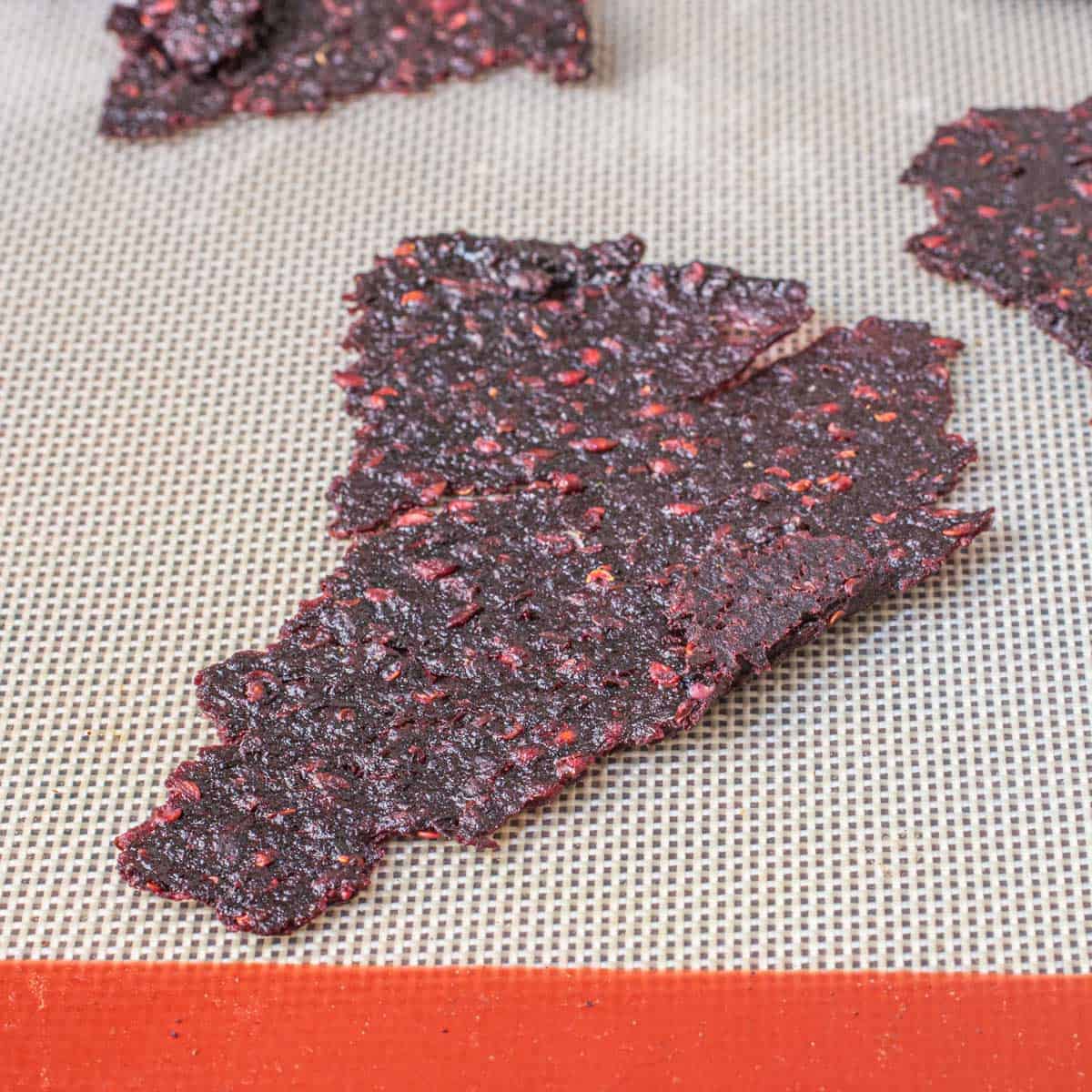 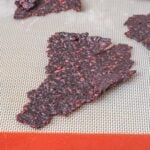