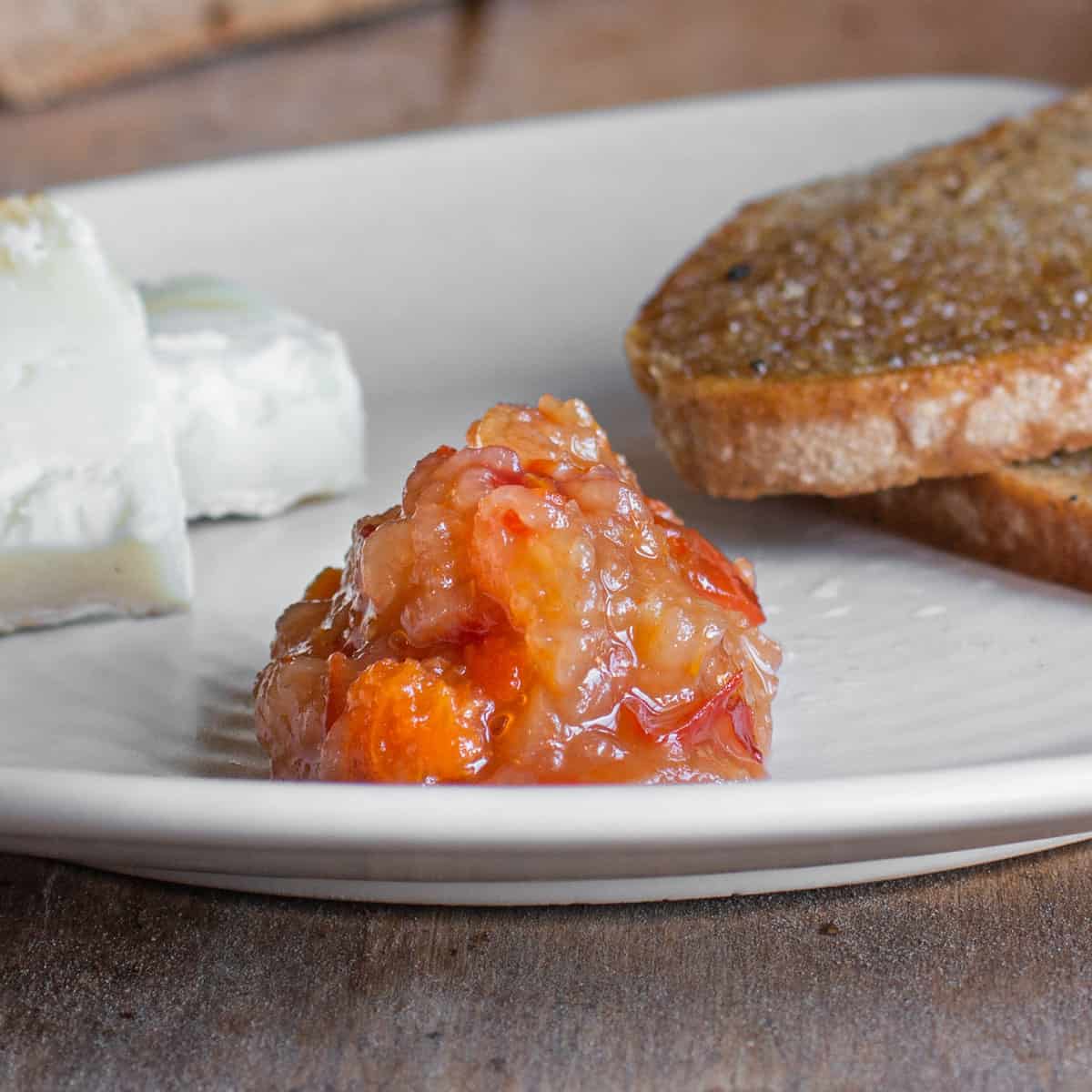 I never really paid attention to rosehips when I saw them. I knew you could use them, but I didn't understood why anyone would take the puny little fruits of wild roses I saw on hikes and make them into anything. There never seemed to be enough to harvest and even if there were, cutting and trimming small fruits the size of a dime just didn't appeal to me, it's a lot easier to go over to some oak trees and find some mushrooms.

It took a couple years for me to change my opinion. I noticed the rose plants my girlfriend's mother grows were sporting large hips this year, much bigger than the small wild ones I had been used to seeing. I learned that those hips could potentially be found wild too, but it's a lot easier to get a large amount if you know someone growing a species of rose that makes big fat hips. The rose plant you want is Rosa rugosa.

Even with the big hips, it took two prep cooks two days of working in their spare time to clean about 10 lbs of hips I picked, each one needs to get trimmed, then every seed needs to get meticulously scraped out before you can cook with them. 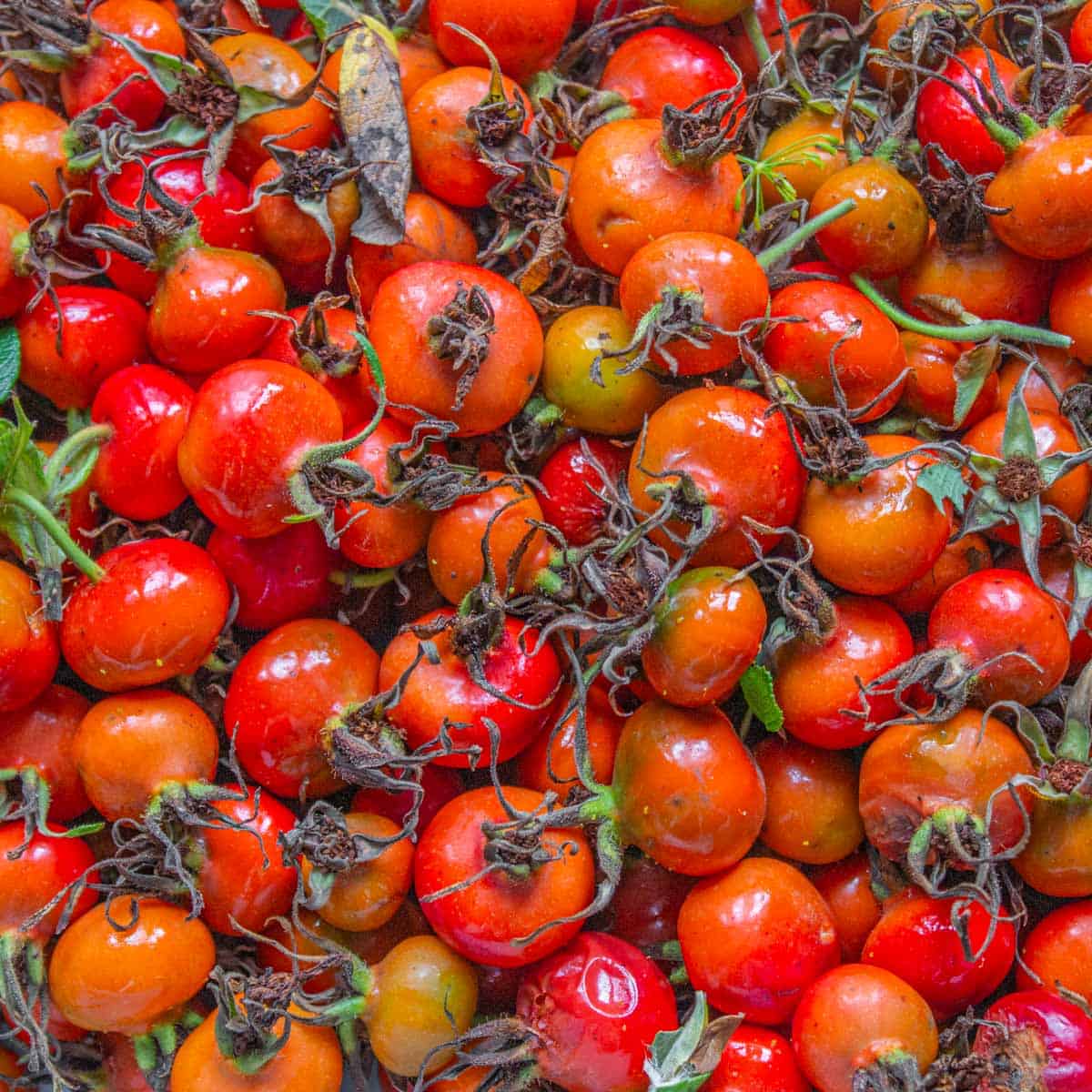 I knew I'd preserve them somehow, but I also knew I'd be having to write a recipe for whatever I made for the future, because the vast majority of preserve recipes in books and online have an insane amount of sugar in them for my taste. Don't get me wrong, I like my jam sweet, and the properties of sugar are necessary to ward off bacteria, but I don't want eating it to make my teeth fall out of my head. I want balance.

You have to control the bacterial environment in sweet preserves somehow, but it doesn't have to be completely sugar, maple syrup and honey are also options, but container more water that needs to be accounted for in recipes for the jam to be spoon-able, or set.

Vinegar is another preservative agent, and combining vinegar and sugar will make a bulletproof preserve. You could also ferment a preserve of them, but that's another post. After a couple tries I found some proportions that I liked with vinegar and sugar, not too sweet, not too sour and as good on toast in the morning as it is with some really nice goat cheese, which is how I served it during the final weeks at Lucias.

The synergy of vinegar and fruit

Vinegar (and alcohol) have a magical ability to enhance aromas, especially those of fruit and flowers, rosehips are at the middle of an odd convergence here, since they function like fruit, but are part of the reproductive system of a flower. When you mix vinegar and fruit, floral scents are enhanced, and fruit tastes even more "fruity".

I always think about the particular vinegar and why I'm putting it with the fruit though, since every fruit has certain vinegar it will taste better with. Choosing the perfect vinegar for a preserve is another way for you to subtly layer flavor. Since apples are in this recipe I like to use cider vinegar, white wine or champagne, using red wine vinegar would give a totally different result. By the same token, making a jam with dark, red fruit like aronia berries, to me, begs for red wine vinegar. 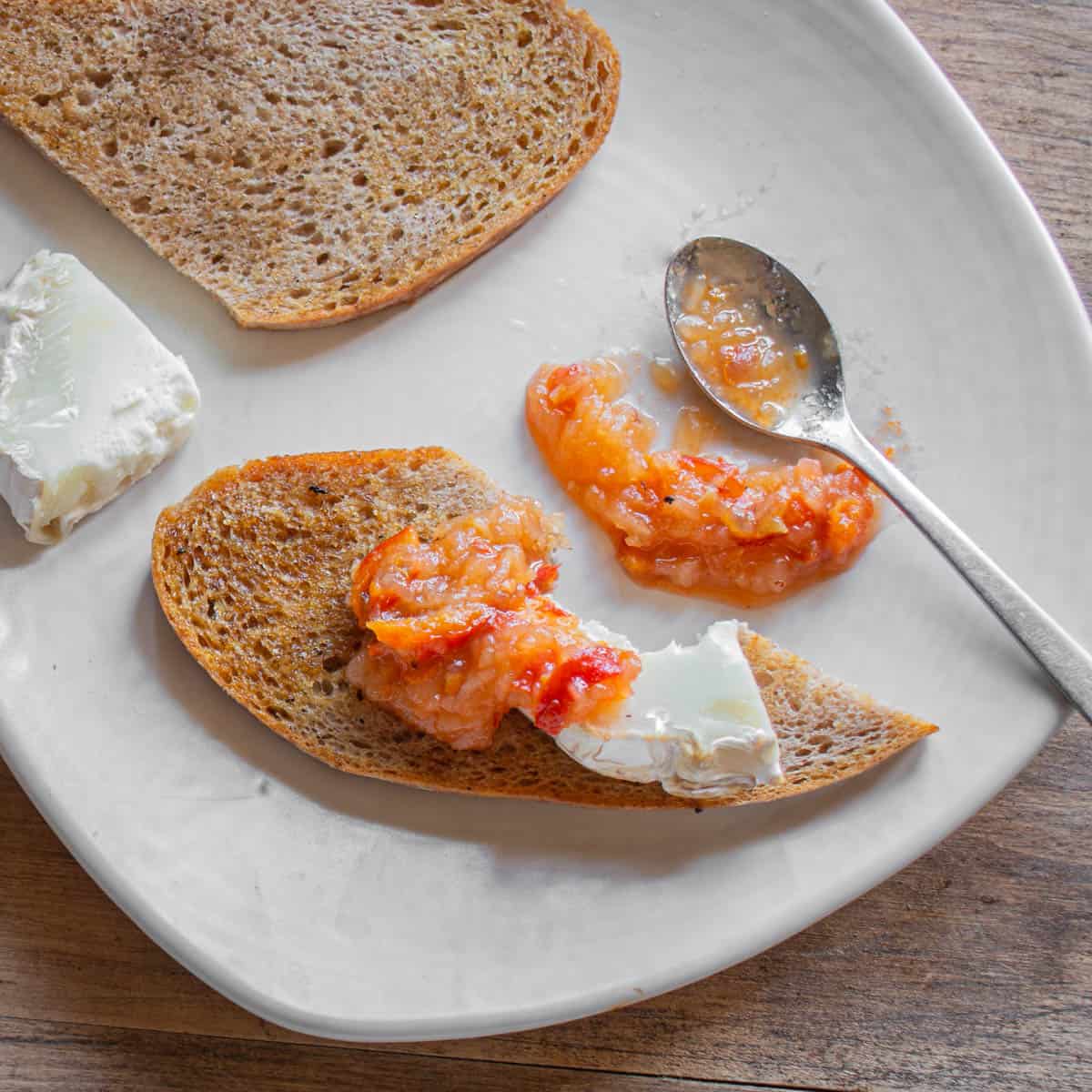 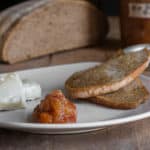 At the restaurant, this served as a way for me not only to preserve the hip harvest, but to stretch them, making sure I could have enough to run it for a while. Like I said, I make this with a minimal amount of sugar. If it's tart for you, add some more little by little until you enjoy it
« Dried Morel Gravy
Chickweed »