I wanted to end the morel season with a bang, so I waded through a couple piles of old French cookbooks. I found just what I wanted in an old 80's recipe by Roger Vergé. 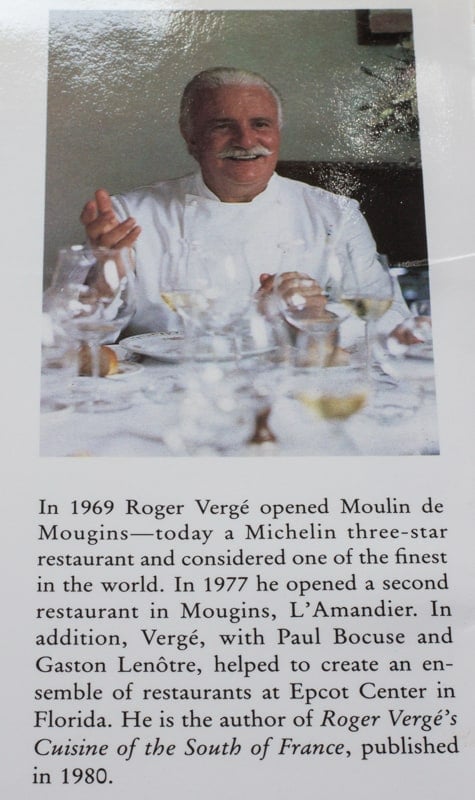 There's just something about dated cookbooks that turns me on. The plating is usually super cheesy and over the top. If your eyes stop hurting after poring over the pages, there's a lot to learn from old books. There are plenty of flavor combinations that are timeless classics, and just because a dish is plated like it was served in the Crillon Hotel doesn't mean you have to do it that way. Old books inspire me; looking to them for new tricks is one of my secrets.

Back to Mr. Verge, my chef buddy Ryan (Currently executive chef at Caribou Highlands resort) told me about him years ago:

Dapper is really a great description of Vergé. He has the kind of old school style that your grandpa has, with his snowy hair and a perfectly white mustache. His cuisine is elegant and oozes the warm, Mediterranean style of the French Riviera. I've heard some people describe his cuisine as "girly", or "froo, froo", which makes me chuckle a little.

His book Roger Vergé's Entertaining In The French Style is a good example, it's filled with fancy tables settings, warm colors and pastels; to me it's like enjoying a summer that never ends. At the same time his food is simple, and like a lot of other chef's I admire, he draws inspiration from the peasant food and traditional cuisine of where he lives. 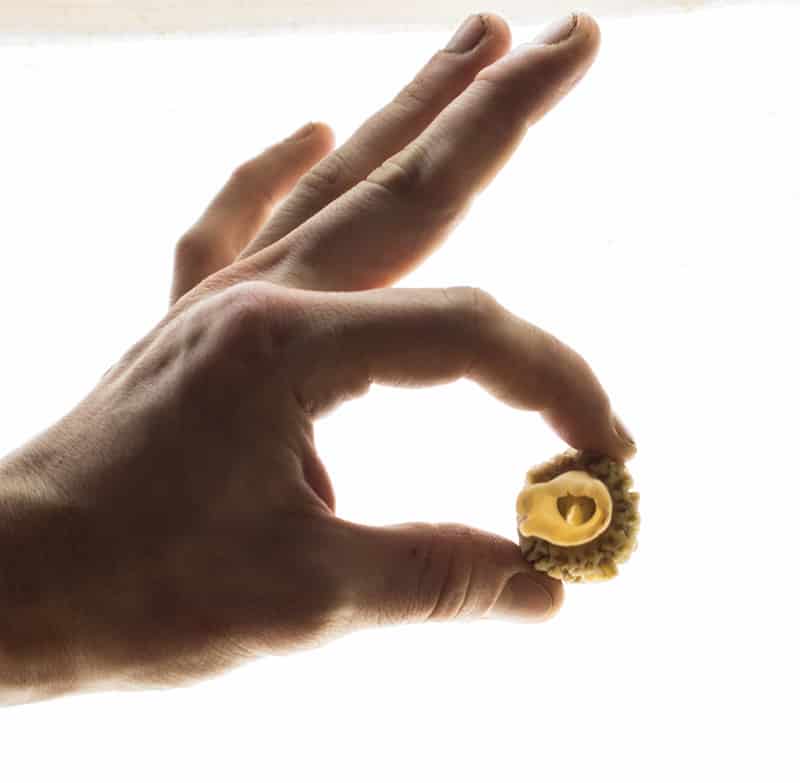 Its fun to leave morels whole if they're in perfect condition

The recipe of Vergé's was a special quiche, made with morel mushrooms. It's an easy recipe, although a bit expensive since it uses a full lb of Minnesota's state mushroom. The mushrooms are cooked down and give off a bunch of their tasty juice, afterwords you combine this with some creme fraiche or sour cream.

The sour cream takes on the flavor of the morels, and gets very rich. It's not so much a quiche with morels in it as much as it's an insanely rich morel custard baked in a crust. The morels are really the star here, that's for sure. 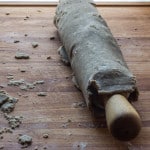 Rolling the crust around a rolling pin makes it easy to lay on top of the quiche pan. 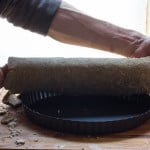 Use the rolling pin to unravel the crust on the quiche pan. 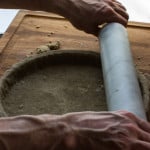 Use the rolling pin to cut off loose edges of crust before baking. 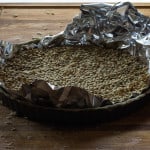 Lay aluminum foil over the raw pie crust and then fill all the way to the top with the pie weights. 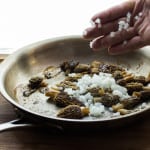 Adding onions to the pan with the morels. 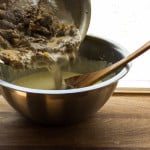 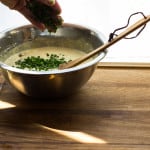 Mixing the chives into the sour cream-egg mixture. 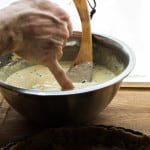 Make sure to taste for salt before you bake! 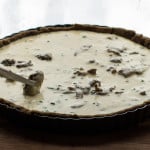 When you've poured the custard mixture into the crust, arrange the morels to make it look attractive post baking, it will also ensure even cooking.

The only real small change I made was instead of creme fraiche I substituted sour cream thinned with a bit of heavy cream.

Creme fraiche is great, but can make a lot of old school French recipes seem unapproachable, since many people don't want to attempt it at home. Sour cream thinned with  cream is a decent substitute; you still get a bit of that sour flavor.

This makes for a really fun eat, especially if you leave the morels whole, they soak up the custard mixture very well. 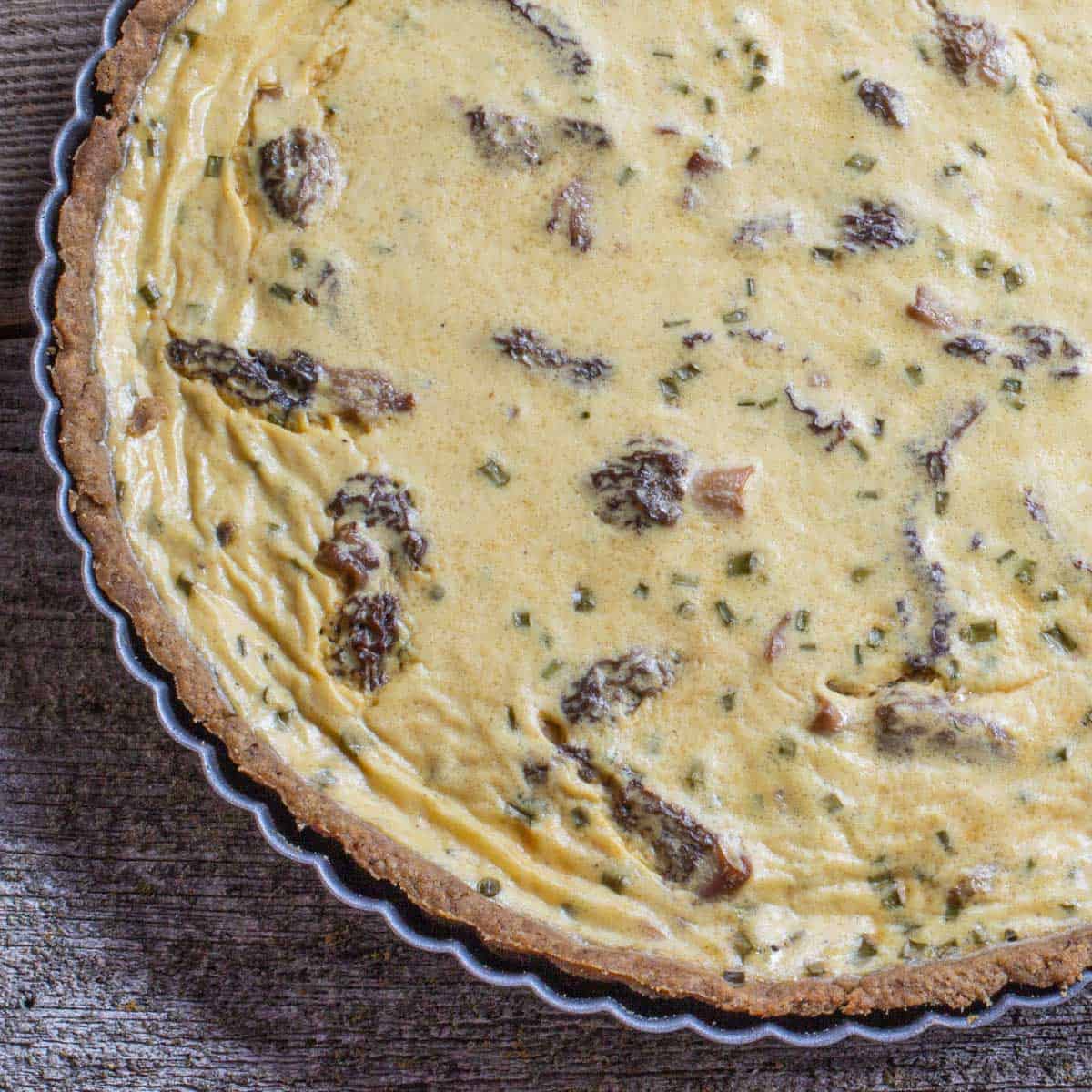 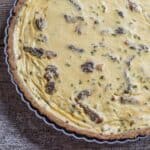 Serves 8 as a light meal. I'd Serve with a green salad on the side, so you can wipe up bits of egg with the greens, per French tradition.
Prep Time45 mins
Cook Time45 mins
Total Time1 hr 30 mins
Course: Appetizer, Breakfast
Cuisine: French
Keyword: Morel Quiche, Roger Verge
Servings: 8