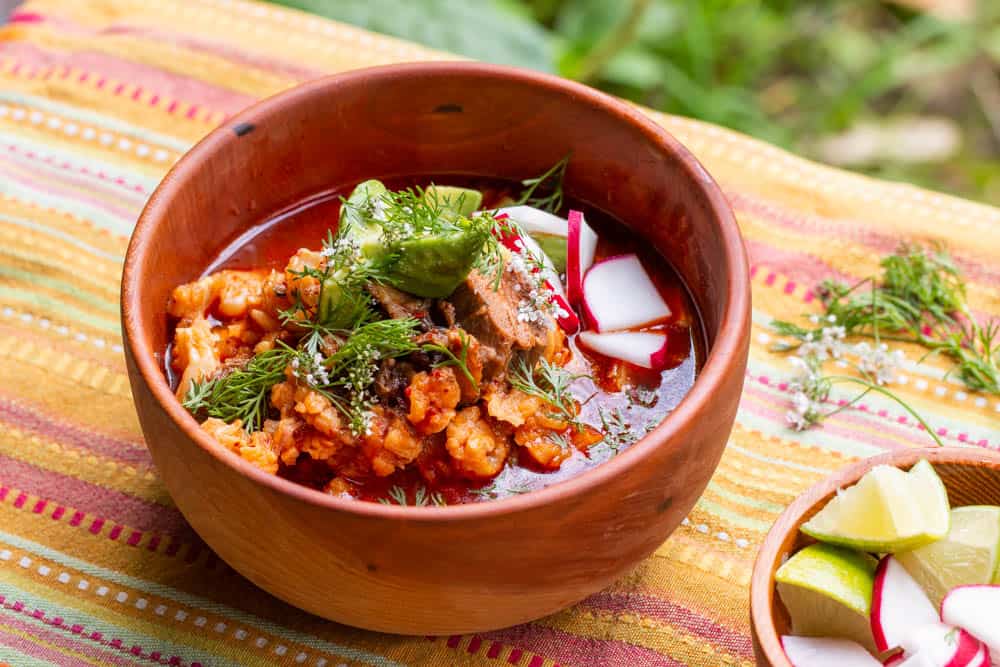 Some people might say an image of an animal head is unappealing, down right spooky. What I think is unnerving is the fact that we're disconnected from where our meat comes from. More and more, and I feel like most Americans just can't deal with the fact that the meat they eat had a life, let alone a face.

To me, the act of cooking, eating, and, (gasp!) enjoying a head is a kind of fist-pump in the air for sustainable, mindful eating, and a nod to learning old things. Some people will turn green just considering the thought of eating something made with a head, and that's fine—we're not going to run out of boneless white meat, fake meat, fake boneless white meat, or any permutation of the latter food scientists can come up with anytime soon. I can assure you though,  heads are useful and they can be delicious, especially in soup, which brings us to the tale of a ram called butthead. 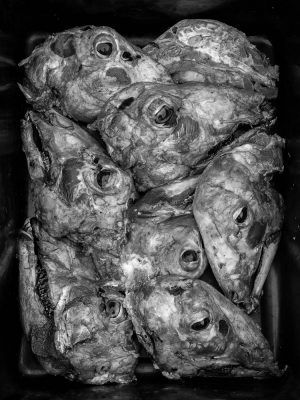 Possible captions include: "Do you hear them Clarice?" "2020 in an image" "Dante's Inferno, Lamb Edition" and "Hey guys, it's crowded in here!".

A few years ago my friends at Shepherd Song Lamb and Goat Meat donated a couple rams to the farm to mate with some ewes they'd previously given us that were too small for their needs (but very tasty, a small icelandic breed).

One of the rams was nice and docile, the other ram, was a butt-head, also known as a ram that will ram you. As funny as it sounds, a ram that has a tendency to ram things with it's head or be aggressive can be dangerous, and Jon—patriarch of the farm and experienced sheep wrangler, has had the broken bones to prove it. 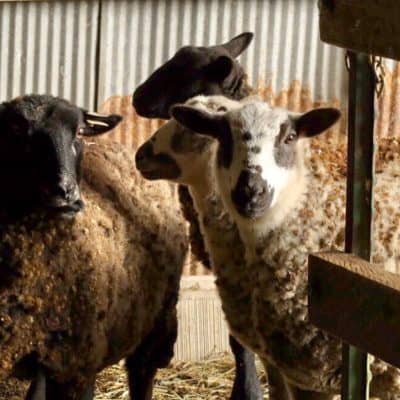 So, for the good of the herd and human pelvic bones, mr. butthead had to go. There was a good amount of meat on him, and that meat wasn't from just any run of the mill wool sheep. Butthead was an heirloom breed called Isle d'France, a species of sheep designed for meat, not wool, as is the case with most commercial lamb.

The product Shepherd Song makes is best grass-fed lamb and goat I've had the pleasure to cook, so I try not to waste anything. After dispatching, the meat is hung, since it's easier to work with chilled and allowed to dry out for a few days. With no meat to cut up immediately, the "first harvest" as I call it, usually consists of a few different things: blood, caul fat, offal, and, the head. 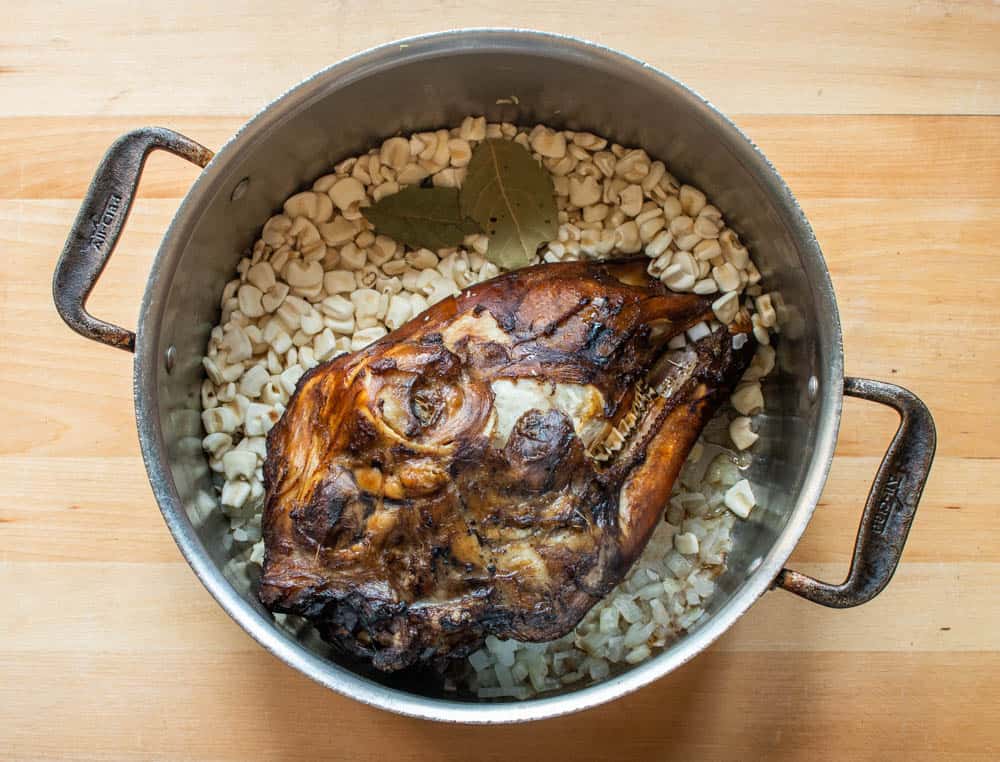 A lamb head can fit in a soup pot, you're not going to be able to do that with a pig head.

Think about it, lamb heads might as well have been created to make soup. In my world, the best meat soups and broths are made not from only bones, or only meat, but a combination of the two—something I learned when I tried to use only cheap marrow bones for stock back in the day. Clean-ish bones, even roasted for multiple hours on low heat will still give a pallid stock that's rich with gelatin, but lacking the dark cast created by caramelized proteins found in muscle.

Posole is a great thing you can make with a head, and after you puree some guajillos and vegetables into broth and simmer it with dried hominy and herbs, no one is going to think for a second that they're eating anything but a fine bowl of soup.

This is really just Mexican comfort food modeled after what I order at one of my favorite hole-in-the-wall restaurants in the Twin Cities. At it's core it's nothing more than meat broth with hominy, chilis and a few other things, with a crowing glory of garnishes to pick from so each person can compose their own bowl like a choose your own adventure book. Don't skip the avocado. 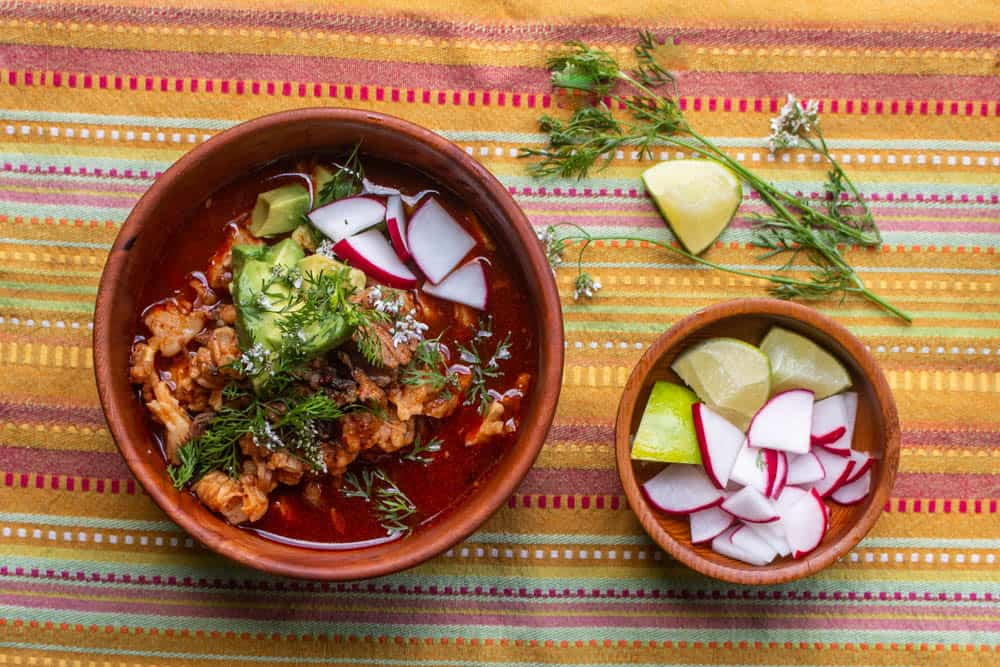 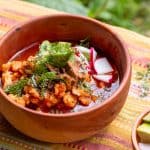 Garnishes (pick and choose a few)

Smoke the head and make the broth

*I like throwing my heads in the smoker right away and then freezing them. If you don't have a smoker you could just roast them for the same amount of time. 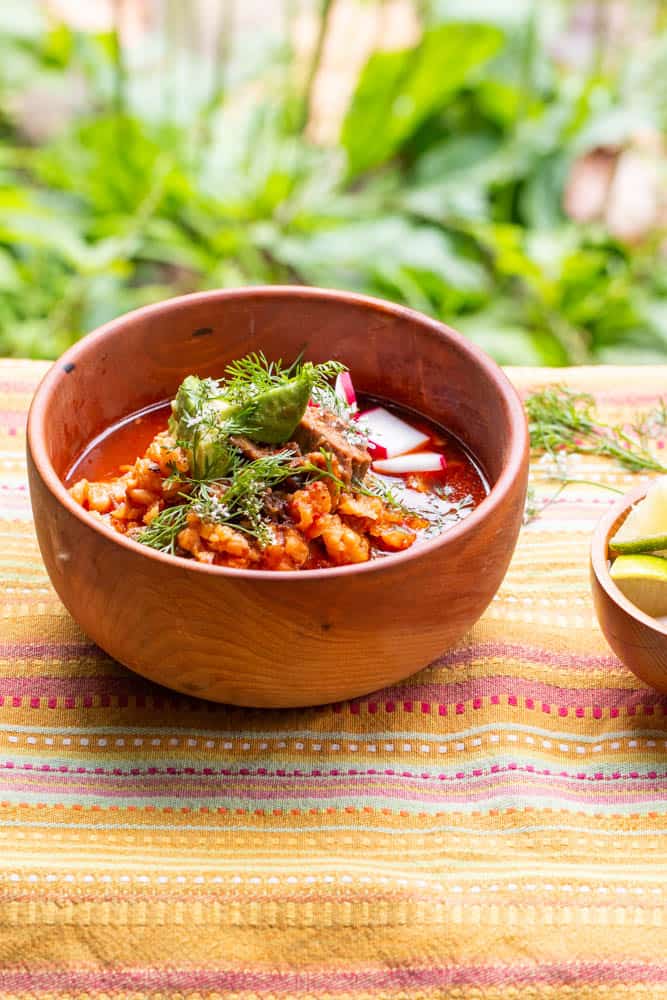