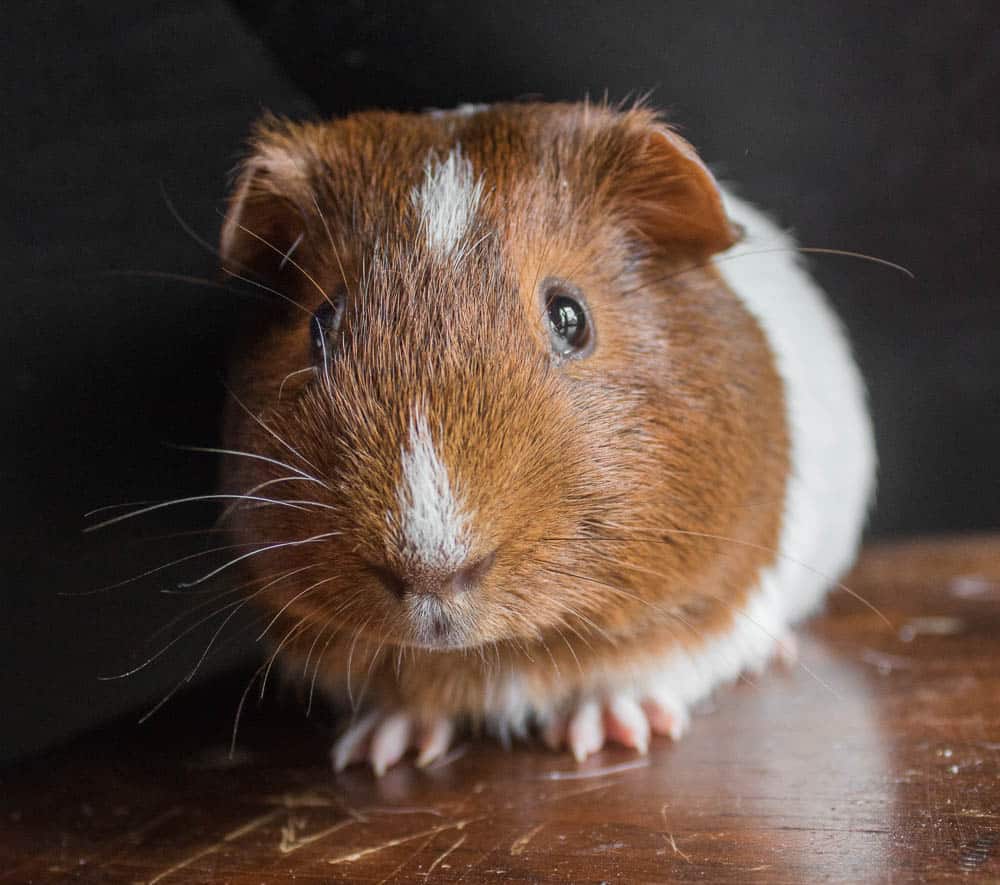 We have lots of holiday traditions in America. There’s the proverbial Christmas goose, Thanksgiving turkey, and Easter rabbit, all of which sound pretty typical if you’re an American — well, except the rabbit. What I’ve come to learn, though, is that what’s typical depends a lot on where you’re from.

It was about Christmas time last year that I walked into the restaurant and overheard a woman on my dish team — Carmen from Ecuador — talking excitedly about something she was going to eat for Christmas dinner. I didn’t know exactly what it was, so I asked.

She struggled, not knowing the word for the animal in English and we moved to the half cognate, half gesticulation that comes with kitchen Spanglish.

Still not knowing what it was, I got my line cook (also from Ecuador) to translate.

“Oh, she eating guinea pig! So good!” he said with a big smile.

I’d heard of people eating guinea pigs, but I’d never really spoken to someone to whom it was part of their culture. The only guinea-pig eaters I’d talked to were gringos who’d gone somewhere in South America and eaten some as a gag, purely for its shock value, or as a traveling culinary trophy in the realm of horse, insects, or whatever else one can ingest while abroad that’s taboo in the States.

Carmen spoke so happily about them, though, I had to know more. I love to hunt down food traditions almost as much as I like to hunt mushrooms, but in our age of homogeneity, anything I can find that’s pure, untouched by the culinary zombie melting pot, is worth its weight in gold. Food traditions are colorful, unique emblems about who each of us are, sewn in the fabric of culture that assimilation is hell bent on turning monochrome.

I had an idea. I’ve never had time to be much of a hunter (usually I just cook whatever my friends or relatives harvest). I’ve always wanted to explore animal slaughter and butchery — not just butchery per-se, since I’m well versed in that, but more the emotions that come with respectfully killing for food something you’ve raised, fed, and treated well.

As a society we’re disconnected from the meat we eat: Chickens have only giant boneless breasts, offal is garbage, and anything that has skin or isn’t spoon-tender is looked down upon. And that’s just poultry.

There’s also the problem with the amount of feed we give to pigs and cattle in proportion to the meat we harvest. Compared to typical barnyard animals, smaller animals like guinea pigs and rabbits produce far more meat in proportion to what they eat. The current cycle and scale of meat production is unsustainable and we need to seriously reconsider more efficient (and humane) ways to produce meat.

There’s are ethics questions, too, of course: What makes a rabbit raised for meat different than one a sitting in a child’s lap? Would the shock of eating a pet dog be different than the disgust someone who reveres cattle feels when they see someone eating a burger? How and where do we draw the lines between meat and companion? 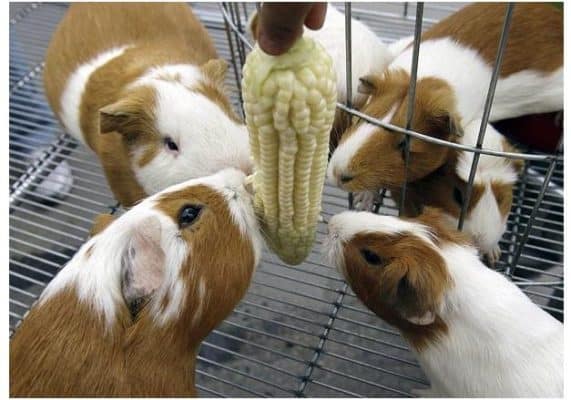 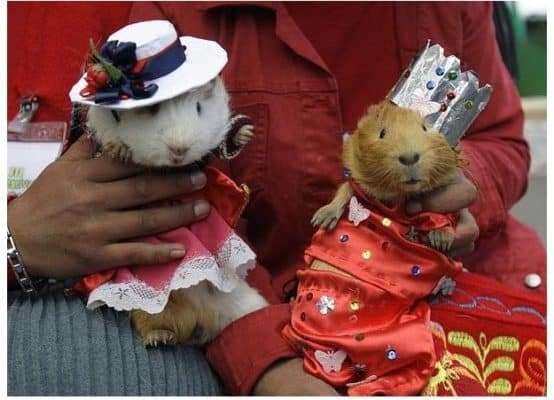 Inspired to question the meat supply and ethics status quo of the entire world, I asked Carmen where I could buy a cuy. I knew I wouldn’t in good conscience be able to get one from a pet store, and after doing my research for a few minutes I saw some people raise larger guinea pig breeds called giant cavy (another word for guinea pig), closer to the size of rabbits. Carmen said she would look into it for me, and I forgot about it for a couple weeks.

Two weeks later, Carmen showed up early for a shift with a reusable grocery bag and beckoned me over. Inside the bag was a little guinea pig. I gave her 30 bucks, put it in a cardboard box with some fresh vegetables and took it home. I didn’t plan on keeping it long, so I rigged up a little home for it out of an empty beer box and some typical store-bought animal bedding. It wasn’t the Taj Mahal, but I did have a great selection of fresh vegetables to give it every day.

I tried to keep my distance emotionally, and the words of my friend Madison Parker would echo through my thoughts:

“I don’t name them (squirrels); you can’t eat them if they have a name.”

I knew there was truth in Madison’s words, and I’d heard my Grandpa say similar things when telling me me about raising rabbits in his garage. Pets have names; animals raised for meat do not.

I knew I couldn’t get connected emotionally to the little thing and I didn’t see it being a problem. I had a couple as a kid and all I remembered about them was high pitched squealing, and stinky cages. They always seemed to live in a constant state of alert too, prey animals that they are, the eons of being hunted and eaten by things cultivating a psyche of fear passed down genetically from generation to generation. 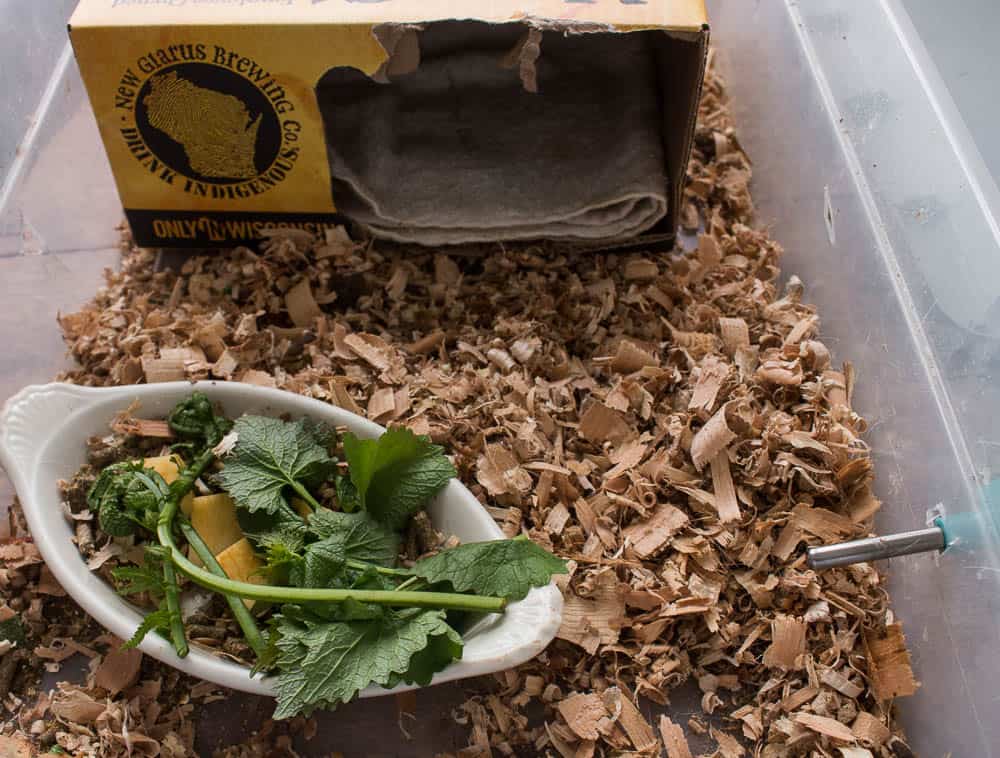 My semi-crude guinea pig habitat. It did not approve of eating fiddleheads or garlic mustard. Eventually we settled on carrots.

I kept the creature around, feeding and doing general maintenance for a month or so. Then, one night my girlfriend stopped by. She was aware of the guinea pig goings-on, but had wanted to steer clear to save herself heartbreak. When she saw it, she immediately took a shine to it, and demanded I improve its living situation. In the next few days, she began referring to it as “Maggie.” Then a few weeks later, a giant guinea pig cage showed up at my apartment.

My girlfriend told me that she was just trying to help keep this poor little guinea pig comfortable, but something inside me knew that my soul-searching foray into guinea pig cookery was now doomed. She’d given the damn thing a name, and made little cooing noises at it, and now it felt like some boundary had been crossed.

For a while, I ignored the “Maggie” moniker, continuing to refer to the pig as “it” or the “meat cavy” — a futile attempt to brush off my girlfriend’s affection and to focus on completing my experiment. 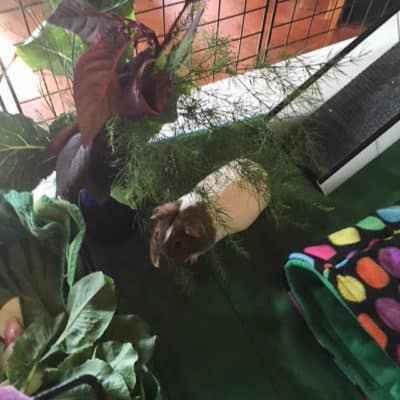 The future accomodations for the little guy were a different than I had planned. 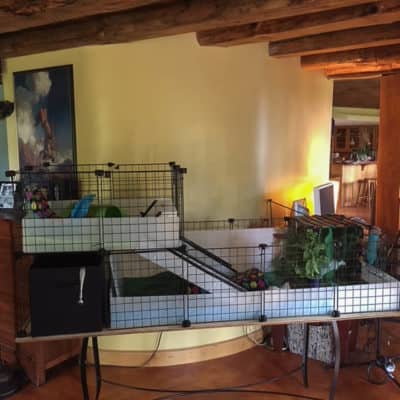 Eventually things came to a head, shortly after a certain someone purchased yet an even bigger and more luxurious two-story guinea pig cage, replete with a fleece bedding, a separate dining area, a “fleece forest; a plush, strawberry-shaped bed; two separate ramps (for piggy zoomies); plus various igloo-shaped hiding spots, tunnels, and a hammock.

My girlfriend had evidently done enough additional research to discover that A) guinea pigs require room to run and toys to play with; B) they really need at least one other piggy for company; and C) Maggie was, in fact, a boy.

We decided the best thing to do with Morty (his new name) was to find him an adoptive home where he’d have a friend. My girlfriend started asking around and a few weeks later, an inveterate guinea-pig lover showed up and brought Morty home. 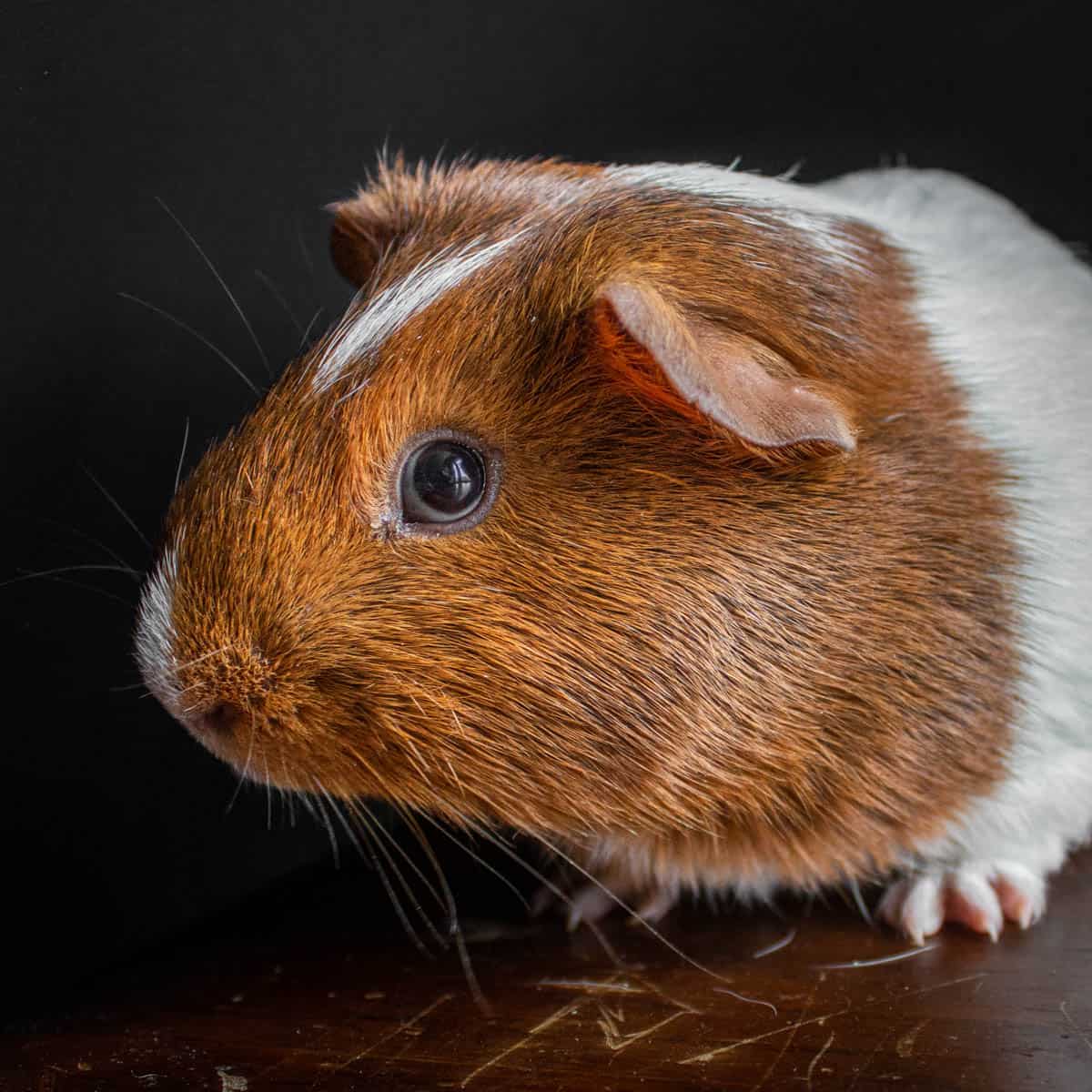 At first, I felt a little bit of a loss: What about the burning culinary questions I had and all the statements I wanted to make? After reflecting for a while, I realized that I probably knew the answers to my questions all along.

The real difference between meat that’s appropriate or inappropriate to eat is decided by each of us, and as my friend Hank Shaw puts it: “We all draw our own lines.” If you feel disgusted by the thought of someone eating a dog or a cat, like it or not, the fact that it’s being eaten isn’t “bad.”  Your feeling is based in your cultural upbringing and personal experience, and those can evolve over time. Like so many things, there might not be black and white answers, only shades of grey.

So the question remains, will I ever be able to pursue my dream of sustainable guinea pig raising and ethical harvesting, not to mentioning taste testing? If history is any indication, it will depend on my girlfriend.