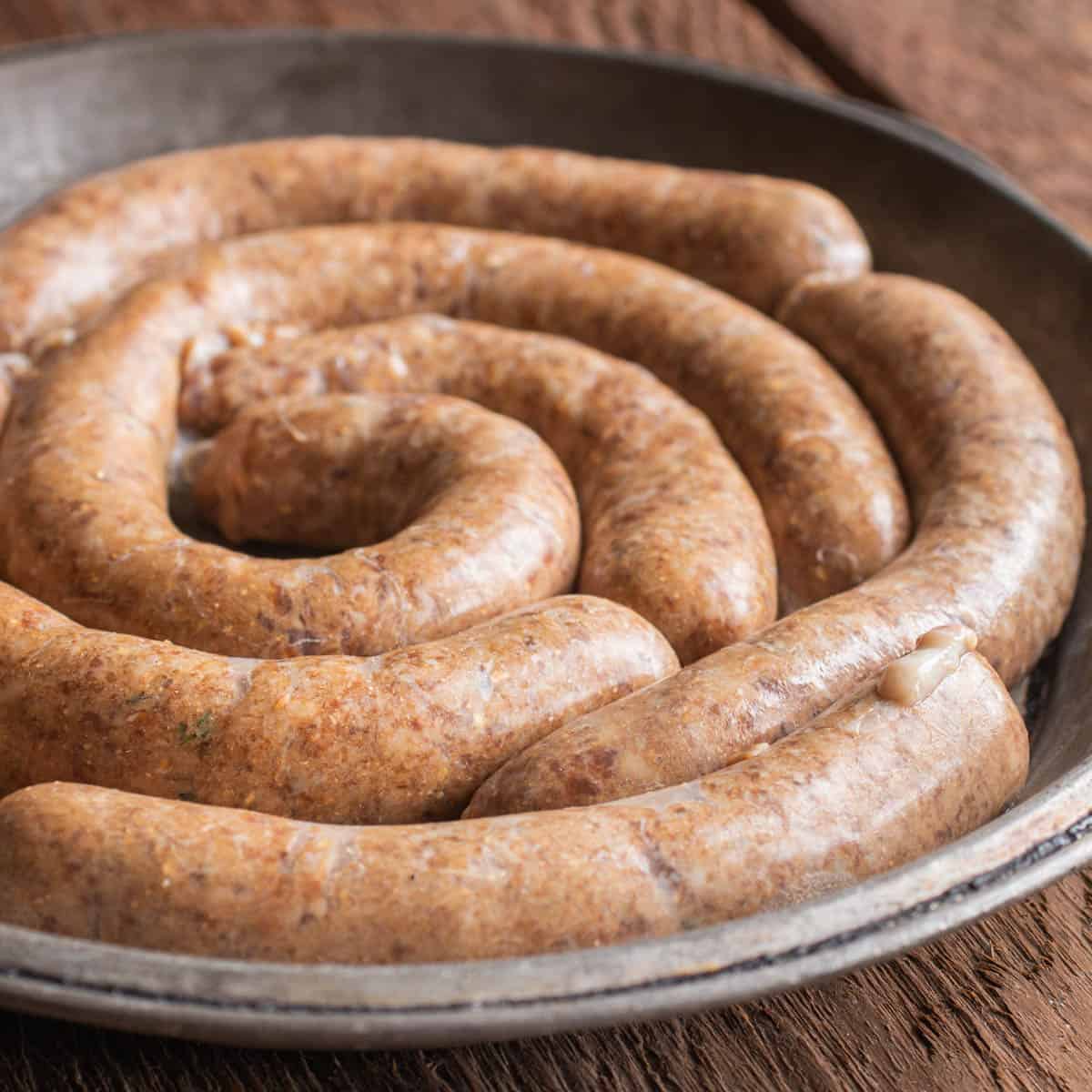 Here's a fun way to use meat, and dried mushroom powder, specifically puffballs. In charcuterie and sausage making, milk powder is often used, especially in finely ground emulsions like bologna and hot dogs to achieve a nice, bouncy texture.

I was playing with an obscure thing here called lamb garum to season the sausages, but it is totally optional, and you can just season to taste with salt instead, or, you could substitute mushroom ketchup, if you have any of that. If you use regular (kosher) salt, I would start with around 8 grams, or around 2 teaspoons, mix it in, cook a bit, taste and adjust, and go from there.

Know too, that the dried puffball mushroom powder here acts as a way to absorb moisture, which means this sausage, in it's bulk form, will be very stiff, and slighlty more difficult to case than you may be used to, which is natural.

The dried puffball powder functions as a seasoning here, but make sure you toast the slices of mushroom before you powder them in a blender for optimum flavor, and since trying to toast already ground, untoasted puffball powder could be a dusty, stinky mess.

To prevent your entire kitchen from being covered in mushroom dust, toast slices of dried puffball, and then grind in a highspeed blender to make a powder, preferably with a towel wrapped around the top. Never heard of puffball powder? I have a post on it here.

Sausage making is an art, and I never expect my sausages to taste when I add the first seasonings to the batch. I liked the puffball flavor of these, but, what if you want it more mushroomy? Since the sausage is stiff, it might be difficult to case if you add too much. To get around that it would help by hydrating the mushroom powder.

Here's one thing you could do: take some extra puffball powder, and moisten it with some heavy cream, just enough to hydrate it, then put the sausage mixture back in a stand mixer and process, on low speed, adding the puffball slurry until incorporated.

Afterwords, cook a small amount, taste and adjust, and go from there. Cream, milk and/or eggs are sometimes added to bratwurst, but, if you add egg, know that it can expand while cooking, and you'll want to poach them gently to coagulate the protein before grilling. 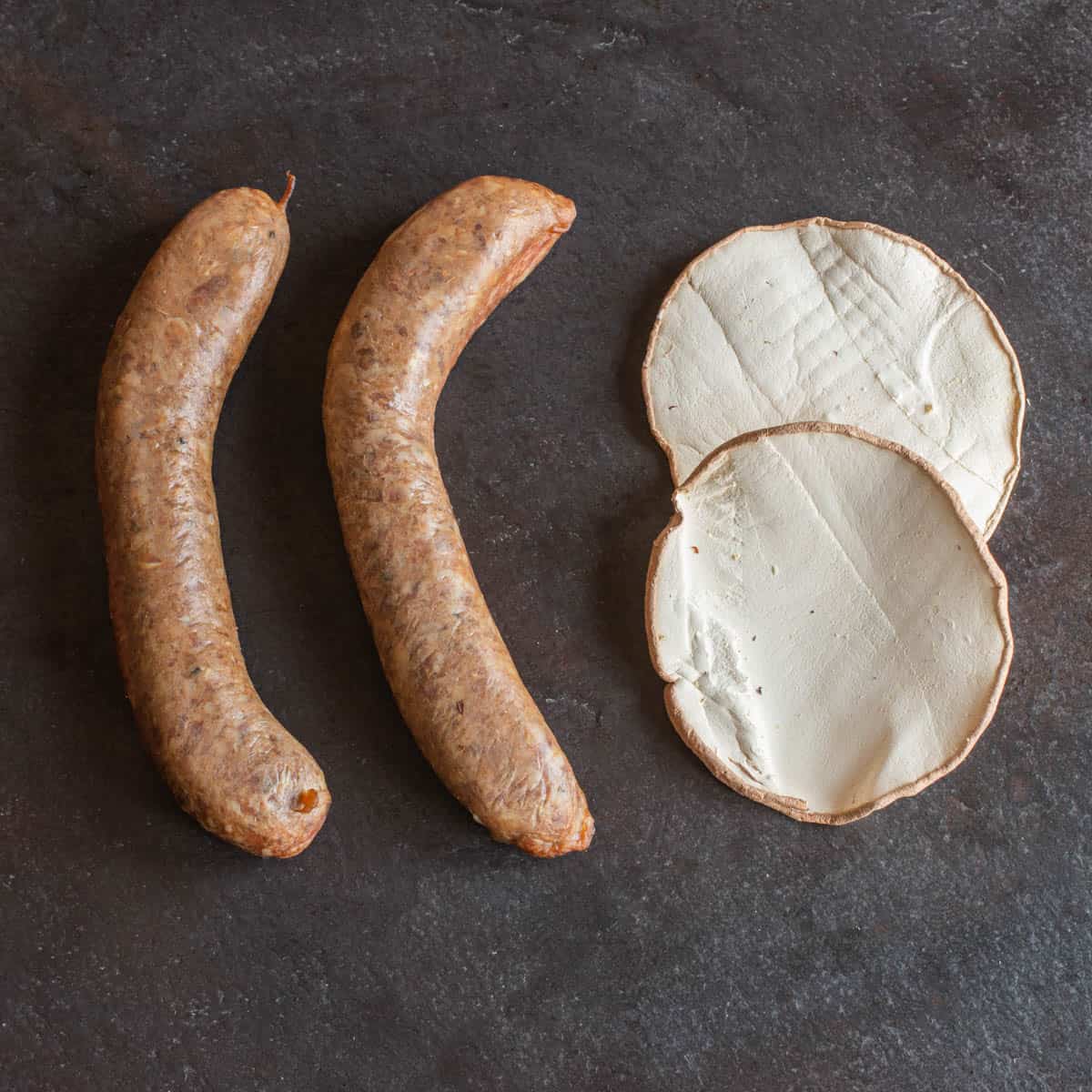 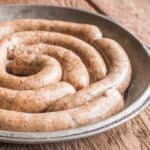