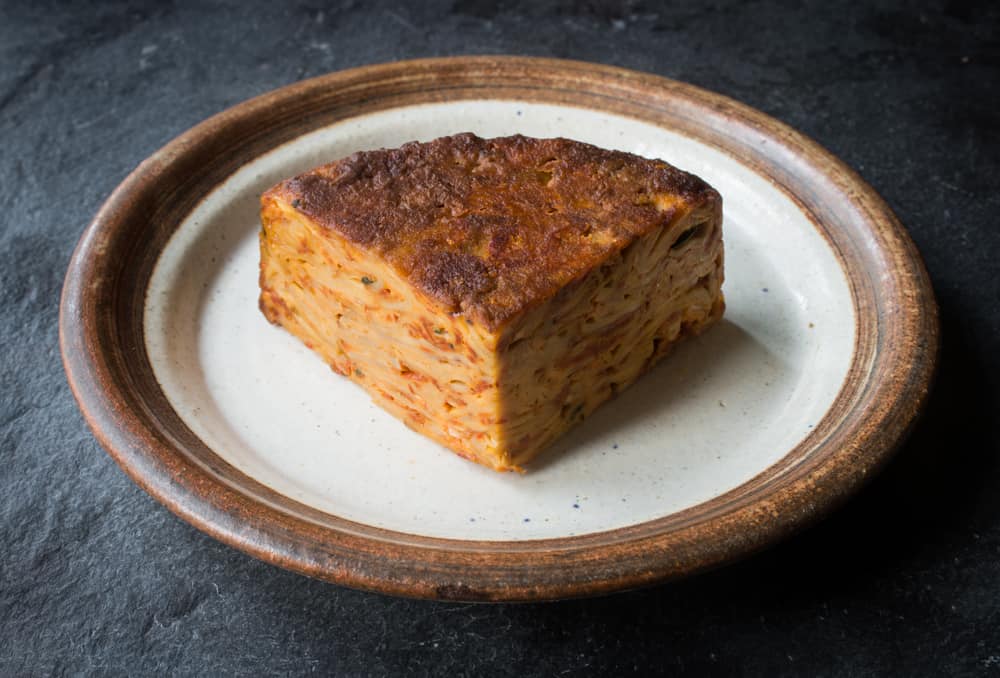 Once again, lobster mushroom season has left me shocked at the amount of fungus a single patch of ground can produce. The years of wandering my patches looking for them has changed the mushrooms I tend to pick though.

Now I'm more choosy with what I pick, just because it's there doesn't mean it has to go into the mushroom bag. Part of what makes lobsters special is their weight, and firmness of their flesh. The pave recipe here is an exciting way to enjoy the firm texture of a good lobster mushroom.

The mushrooms are shaved thin, softened by sweating with a little butter, then layered with a bit of fresh herbs, baked and pressed down with a weight after cooking for slicing into dreamy little mushroom nuggets. 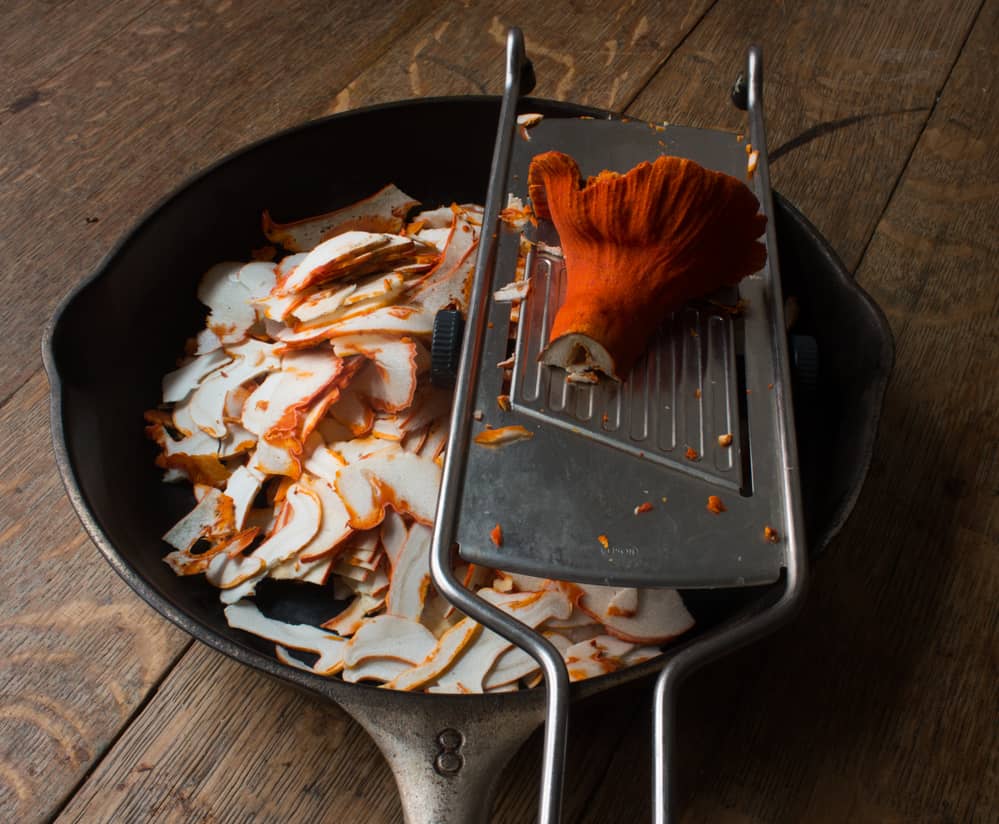 Using a mandoline to shave the mushrooms paper thin.

The word comes from French, think pavement or a piece of pavement. Technically a pavé needs to be a square or rectangle shaped piece of food to be true to it's name. Most often I make pavés with layered, sliced ingredients like root vegetables or potatoes.

In my opinion, you could really describe this as either a pavé or a gratin depending on how you're feeling, but, I think of pavés with fewer ingredients than a gratin, there's no cream or bechamel sauce here, no breadcrumbs, just shaved mushrooms, butter, egg, a teeny bit of cheese and herbs.

I'd say a gratin has a little less structure associated with it and can have a little more creative liberty applied to the preparation and description.

At the end of the day, It's my dish, so I'll call it whatever I want and you should feel equally free. If I had the foresight to put it in a square pan and make a larger batch, it would've been a perfect pavé, but whatever, it's a technical moot point.

The Importance of Pressing

This is important but requires some dedicated fridge space. Sometimes people don't press layered dishes like this, and that's just fine, but pressing gives a firm texture that holds it's shape and can be cut into shapes easily.

Sweating the mushrooms with herbs and butter 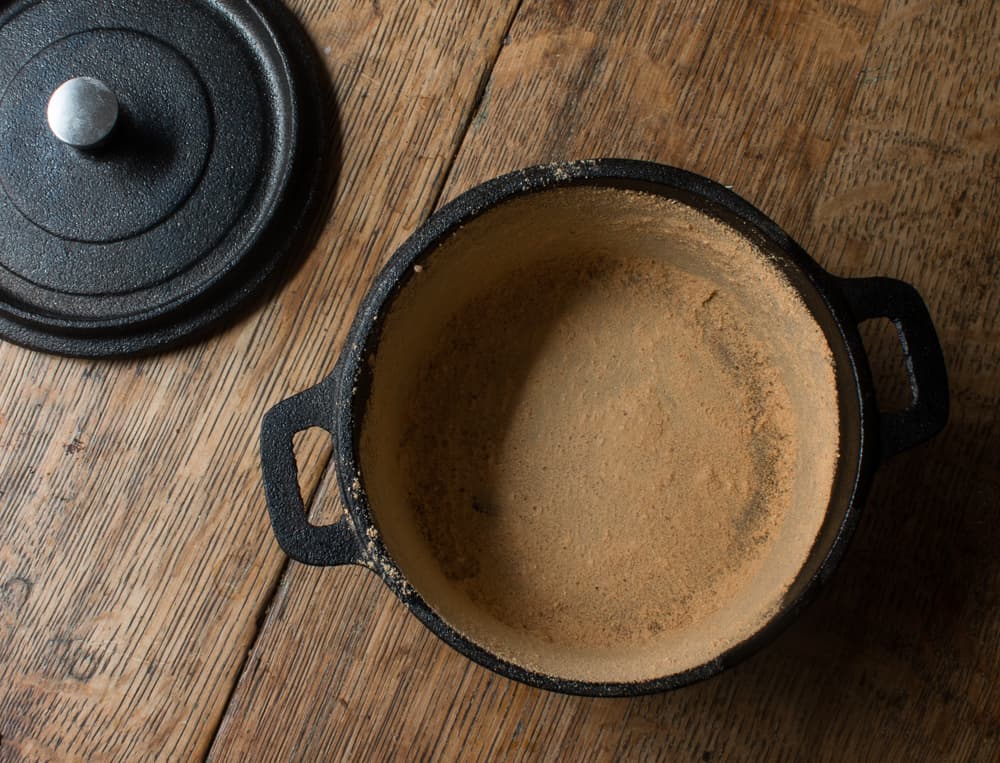 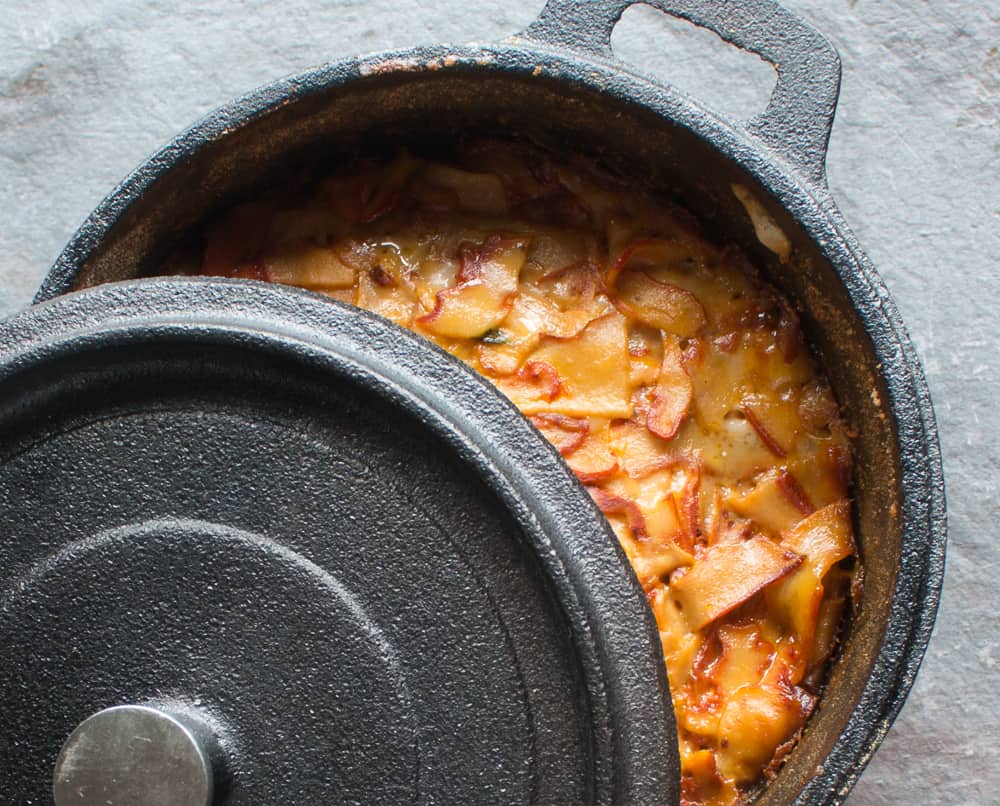 After baking, cool the pavé to room temp 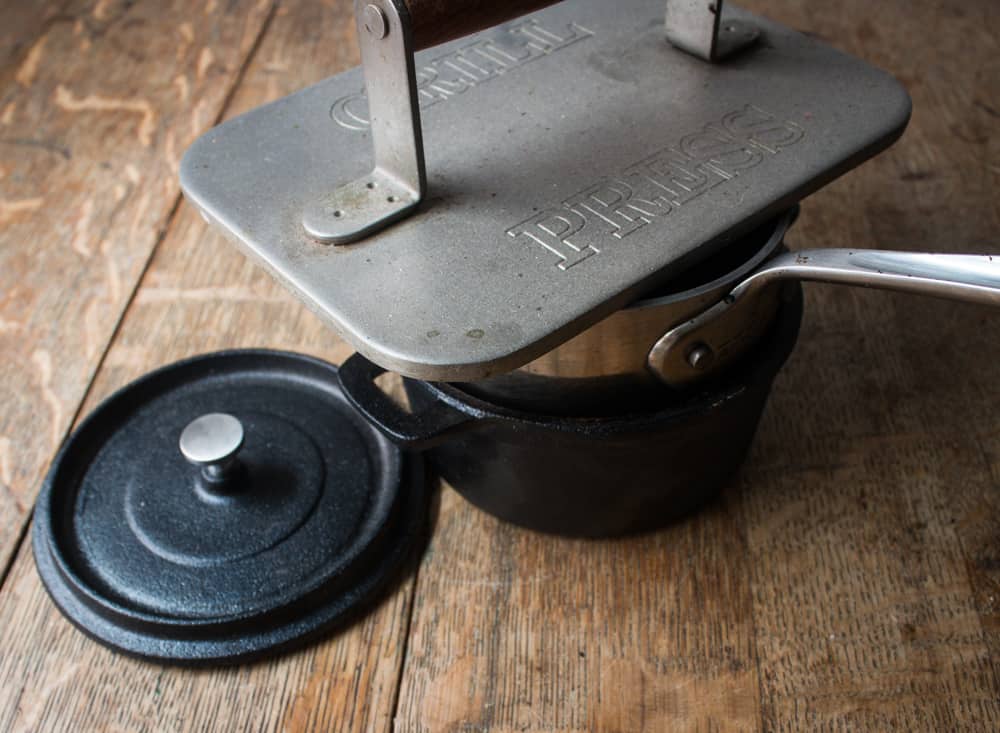 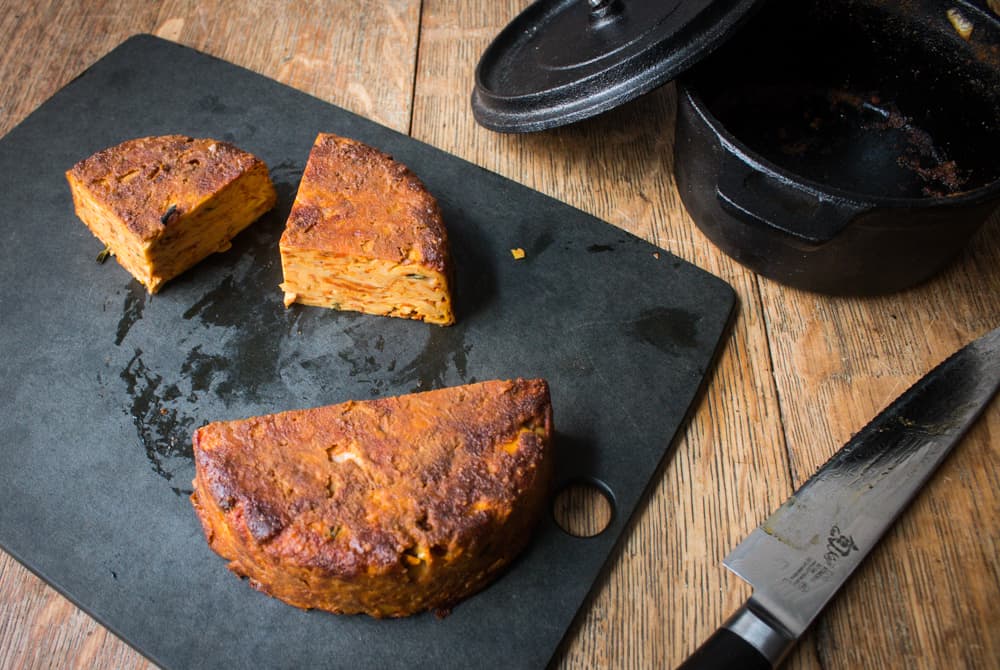 After pressing the pave will easily hold it's shape after chilling.

The thin layers of mushroom keep a great texture, and the preliminary sweating with butter and a little seasoning makes sure they avoid the only downside of lobster mushrooms: blandness. The noodely cross section is great, too.

Lastly, a little word on the shelf life of cooked mushroom dishes. This recipe has no preservative ingredients besides a little salt, that means that after it's cooked, chilled and pressed (preferably immediately after it's been cooked) you need to eat it within a day or two.

As an armchair rule, many mushroom poisonings are due to either eating large amounts of wild mushrooms, those past their prime, or cooked and old (roughly 5 days or more), and it's nothing to toy around with.

Unlike eating something inert like a plant or leaf that's past its prime, (kale for example) wild mushrooms are different. They contain compounds and properties more similar to eating spoiled meat from my experience, and I know people who can testify to the powerful G.I. effects eating them past their prime. 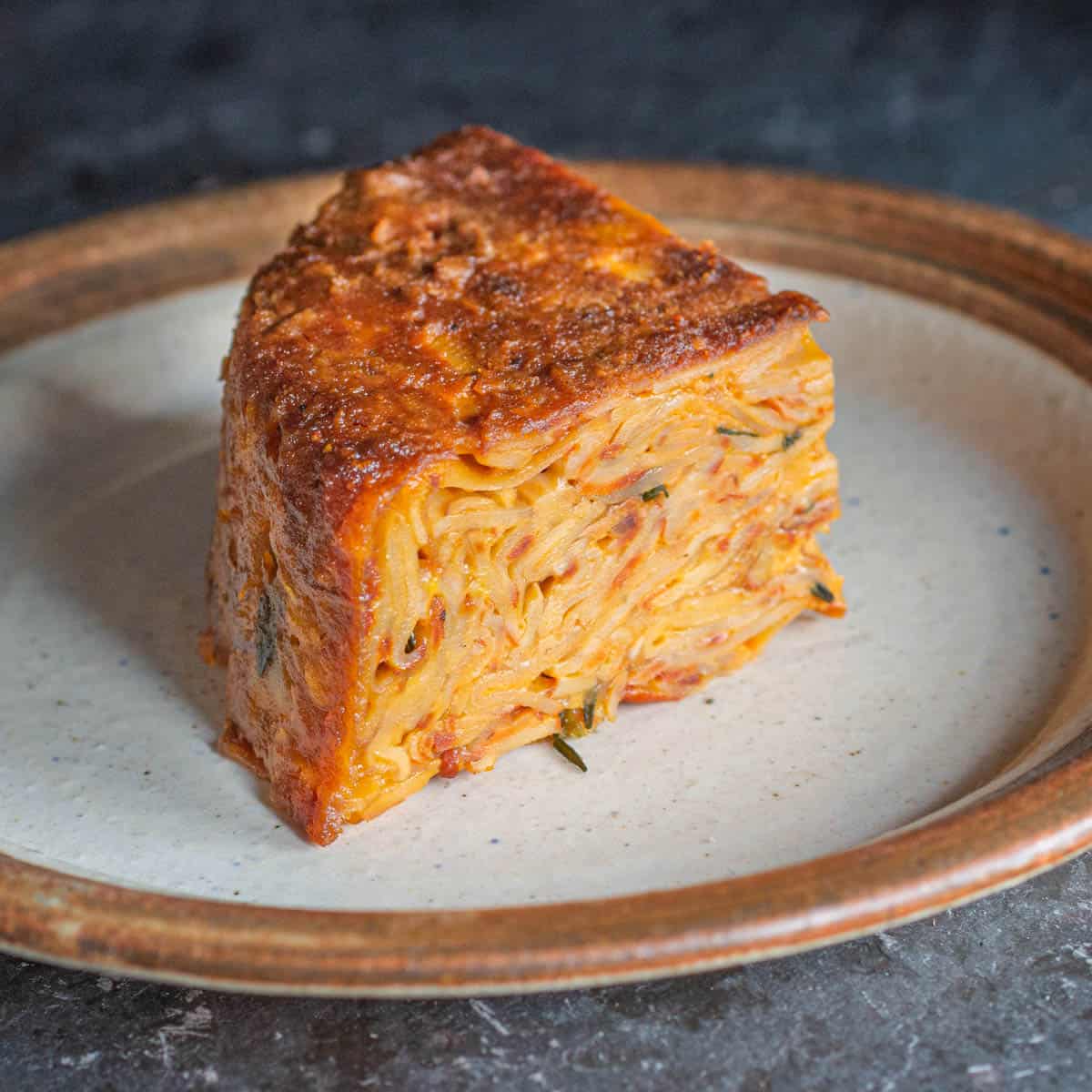 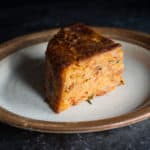 The base for a vegetarian entree, or just a really cool side dish. I had it the next day with fried eggs too, which didn't suck either.