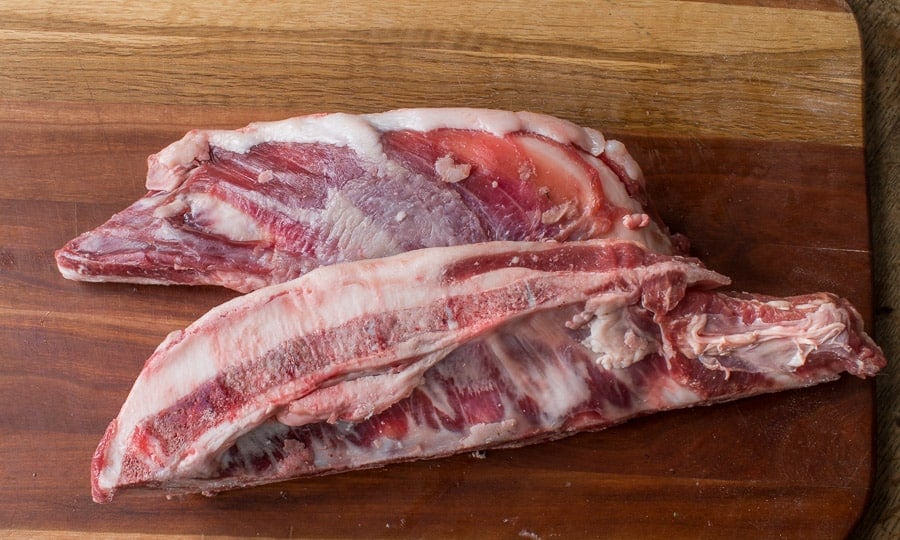 I just got done shooting a new video series with Chris Bohnhoff of Repast studios focusing on the ridiculously good lamb and goat from Shepard’s Song Farm. The video series was meant to focus on off-cuts and wouldn’t you know it, we had more types of cuts than we had space for videos. One of the pieces we didn’t work with was lamb and goat breast, a cut I’d never worked with. Once I hear about a cut of meat I haven’t prepared, I’m never really satisfied until I know how it functions and what I can do with it. A couple weeks later, I got some to sample.

It’s easy to see why they’re not as popular as the luxury cuts: they’re fatty, and have irregular pieces of bone. Fatty, bony hunks of meat are usually some of the best tasting cuts on the animal, but they can require some special treatment to turn them into something great. As I worked with a couple different batches over the last two weeks, I made a simple tutorial that follows here. If you can get your hands on some lamb or goat breasts, they make a great tasting, thrifty alternative  to more expensive loin chops, legs and racks. Here’s a little tutorial on how I cook them. 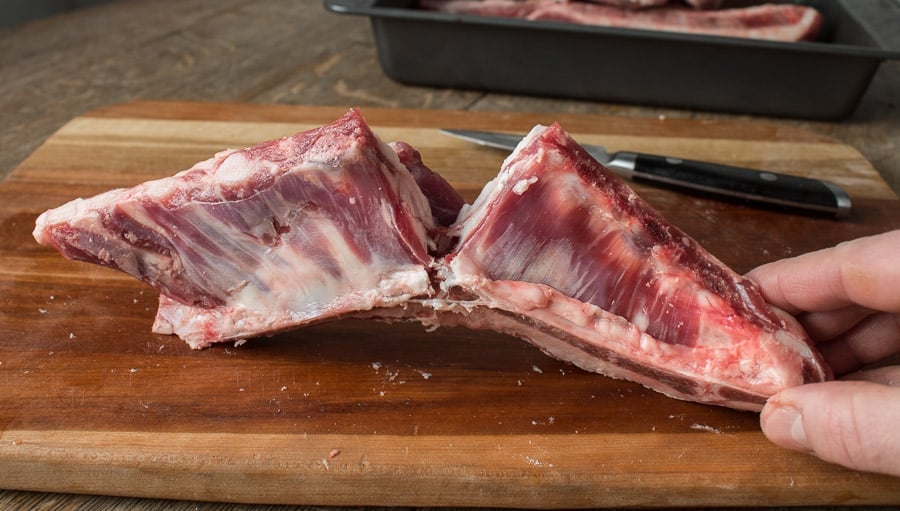 Season the breasts with some salt to taste, allow to sit for 30 minutes or up to overnight, then put in a baking dish with a couple inches of water and cook at 325 for 1.5-2 hours. This is where you can really get creative with adding flavors, especially if you cure it overnight with some seasonings. This is basically my method for making confit, typically I add bruised garlic and herbs like thyme, rosemary or sage, but the sky’s the limit here. 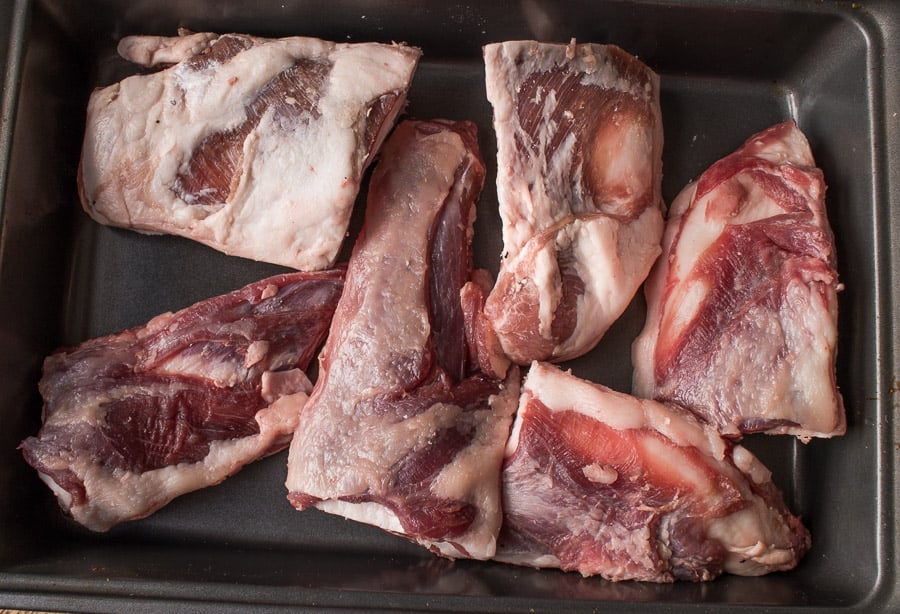 Cumin or a spicy rub would be awesome, but remember that the more spices you put on the lamb, the better they will be the longer they sit on it (I shoot for 24 hrs) You also need to make sure that there isn’t so much water in the baking pan that it would remove the seasoning since it can make a nice crust. 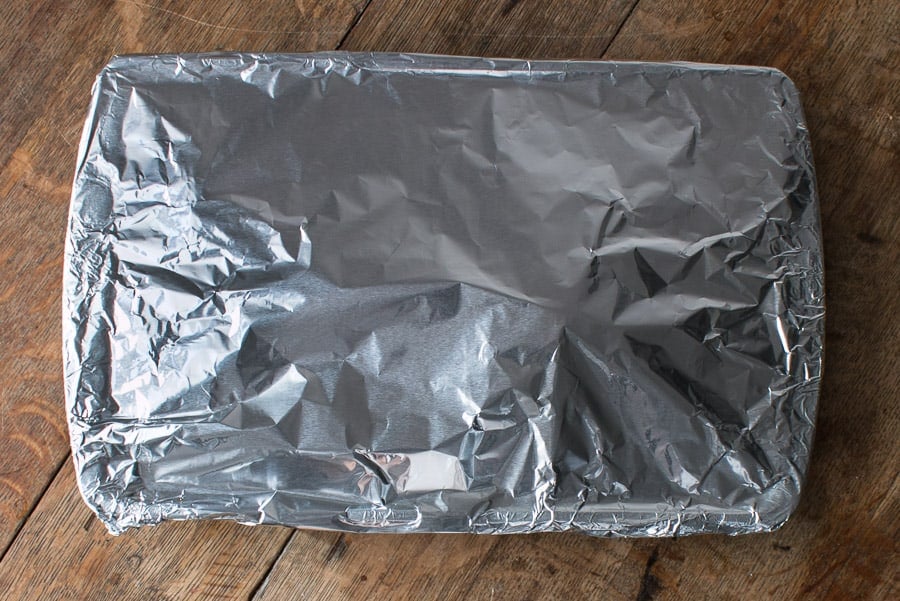 3. Cook until Fork-Tender, then Cool 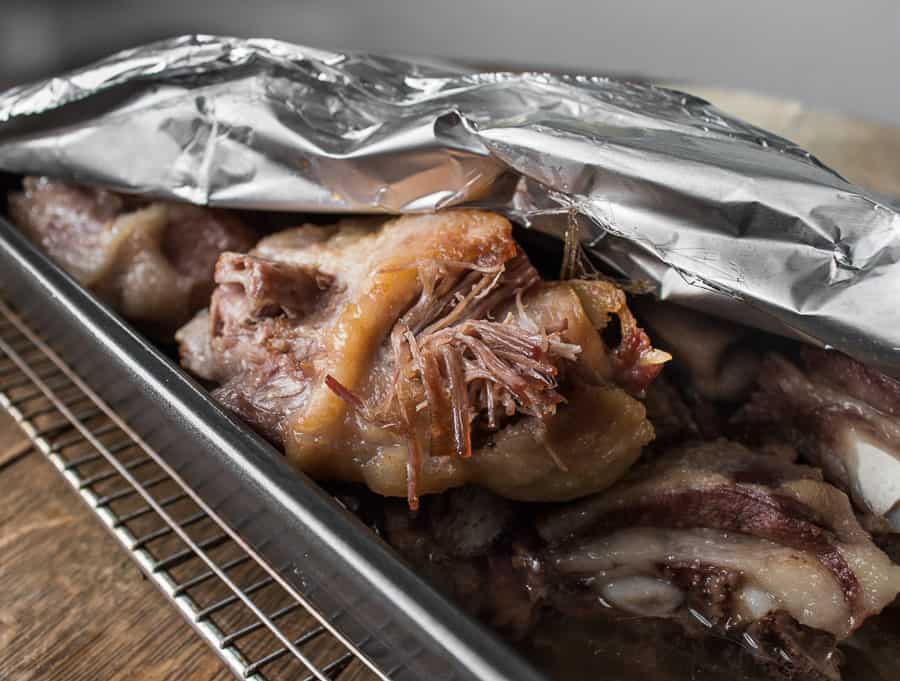 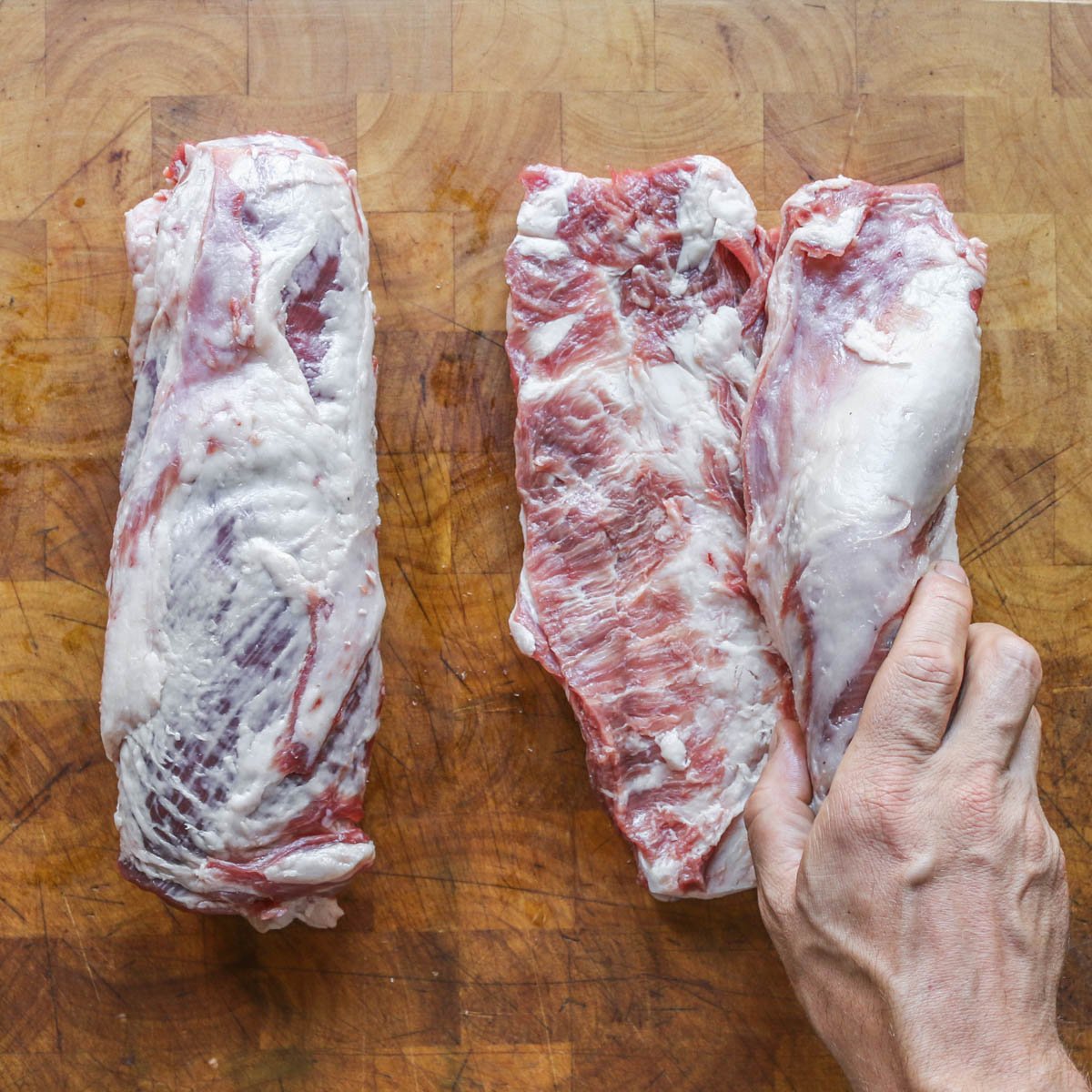 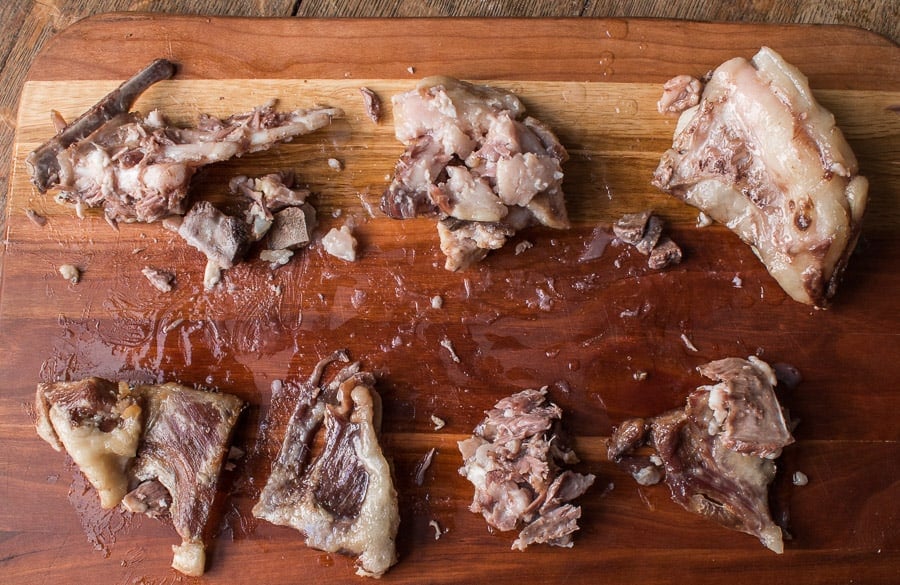 The fat can be combined with water and simmered until the lard renders out. There’s a caveat though: lamb fat is strong tasting, has a kind of waxy texture, and gets very firm as it cools, it won’t be soft and mild like duck, chicken or pork fat. Sometimes I save it for baking where liquid fat can be added (rye bread), or use it for frying up some hash browns, the big prize here is the meat, but I was able to get about 3 solid cups of fat and 1/2 cup of gelatin-rich stock from each 4 lb batch of breasts I cooked. 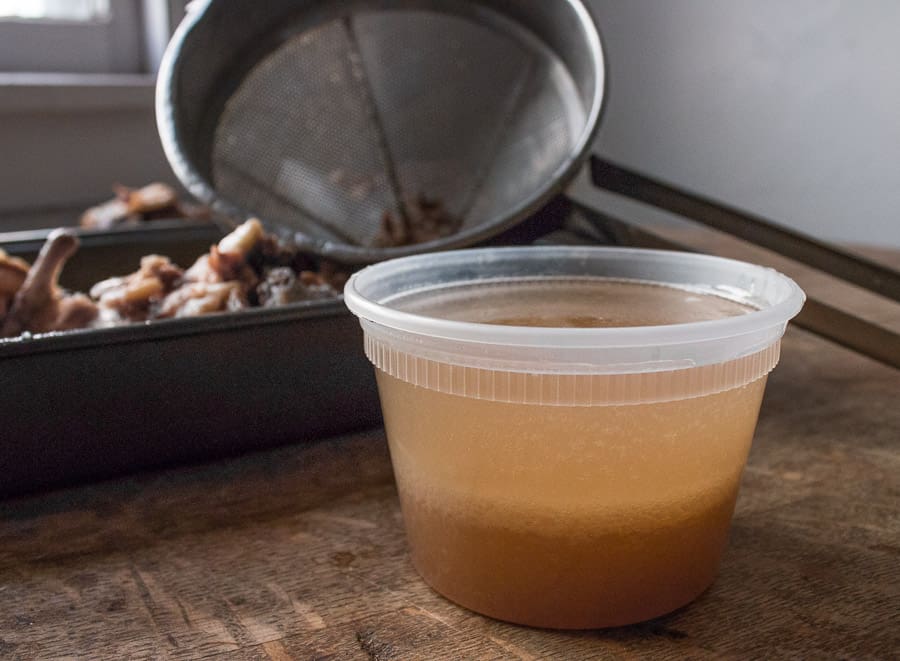 Chill the lamb breast to make it easier to handle, then cut into roughly bite-sized pieces. Cook the meat over medium high heat to crisp some of the fatty edges a bit, then serve. 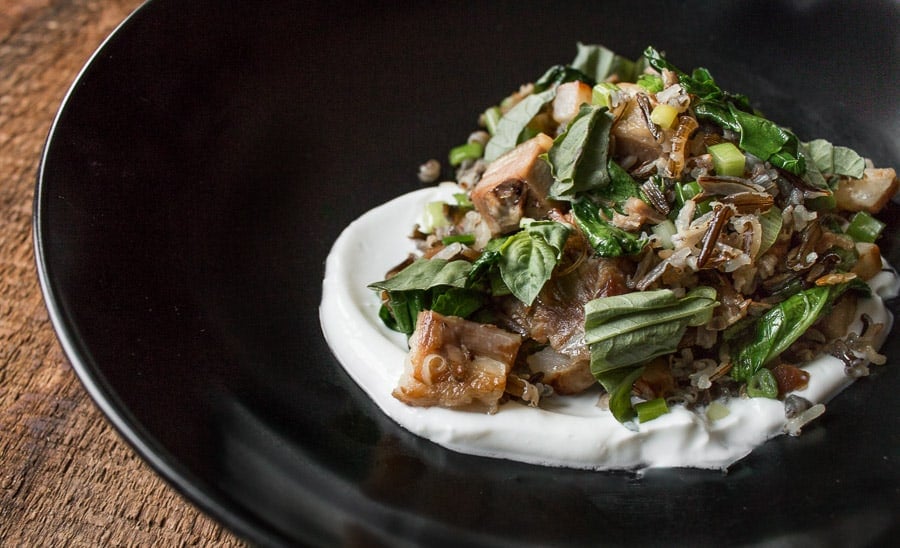 I really liked it as a little wild rice bowl with turnips and their greens, a little yogurt, serrano chili and basil.