Mushroom spore prints come in a variety of colors.

Knowing how to spore print a mushroom to help you identify it is one of the most most important things to know if you have any intention of picking mushrooms outside, cooking and eating them. It’s also one of the easiest science projects I’ve ever done, and even the word “project” is a bit of a stretch, since it’s so easy.

Why Spore Print a Mushroom?

I’m not a mycologist, but I’ve learned a few things, and I’ve eaten a lot of mushrooms. Basically, all mushrooms give off spores, and those spores can have different colors, and each of those different colors can be an important piece of the puzzle for identifying your mushroom(s) in question. 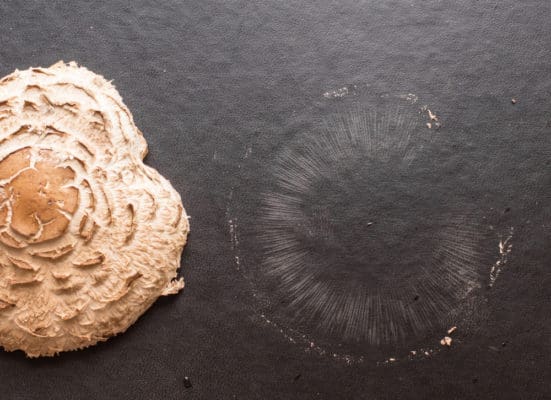 Chlorophyllum rhacodes, or the shaggy parasol.

A good example is two fall mushrooms: honey mushrooms and blewits. These mushrooms that grow in the fall when another family of mushrooms that isn’t generally reccomended for picking, especially for beginners, also grows: cortinarius. If you’re not familiar, some cortinarius could look like the other edible species, and you wouldn’t want to bring those home. The good news, is that all three of these will have different spore prints that you can use, along with a field guide, to tell them apart. Blewits will have a pale-pink spore print, honey mushrooms white, and cortinarius, rusty brown. 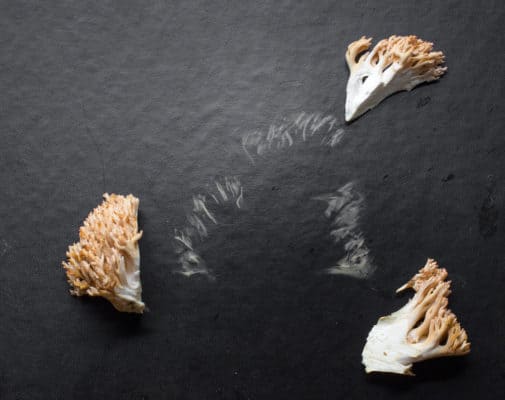 That being said, a spore print isn’t the only tool you should use for mushroom identification. I reccomend using a spore print, along with field guides, and online research when looking for a positive ID, as some of the more cutting edge changes are posted online before they get published. Even then, mushroom species are often being updated and shuffled around with genetic sequencing, and it can make things a little confusing. 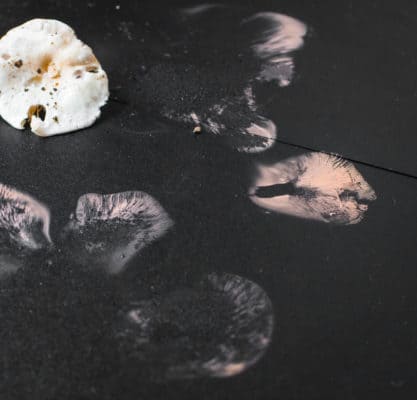 An obviously pink spore print, a great 1st step to narrowing down what these are.

Suffice to say that it’s possible, and probable, that you’ll find mushrooms you want to identify, spore print them, research them to death, and still not know exactly what species they are. Sound Frustrating? It is, but In my mind, it’s part of the research process. In some instances, this can be ok, in others, you may want to pass on eating them. If you want to serve them to others, like I do, it goes without saying it’s critically important that you’re sure of the safety of your mushrooms, and have experience eating and serving them. It is nothing to collect a mushroom for a couple years and growing seasons, only to discard them after collecting and inspecting so that you know it intimately before even thinking about eating it.

How to Make a Spore Print

Here’s what I do: take a mushroom, maybe an ugly or damaged one, cut off the stem at the cap, and put it down on a sheet of black paper. Cover the mushroom cap with a bowl or cup, then leave it out for a few hours or overnight. When you take the cup off and remove the mushroom, there should be a colored print of spores left on the paper. This is your spore print. Sometimes, it might be helpful to use both black and white paper, putting the mushroom half over each color, if the spore print is hard to see, but most of the time I can get the jist using black. You can also do spore prints on just about any other firm surface, too. Below I use a black plate. 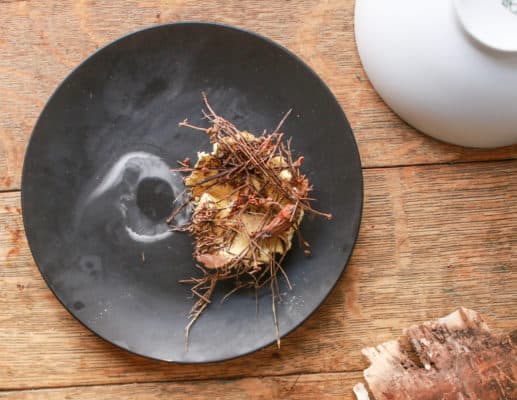 A white spore print on a tricholoma. Sometimes I’ll use a black plate since they’re easy to wash, instead of paper.

You often don’t need to bring mushrooms home to spore print them. It can be a good idea to bring them home to double check though, especially to rule out look-a-like species, but sometimes, as with mushrooms that have an obviously white spore print, you can look around the ground for mature mushrooms that have already released their spores. Sometimes it is easy and obvious. Other times, say if it rained recently, it may be a lot more difficult and you should probably bring some home for spore printing. 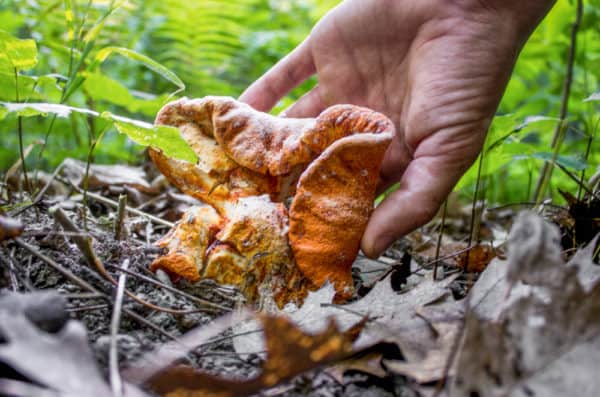 Look closely at the lobster mushroom, can you see the white, powdery coating? That is a natural spore print.