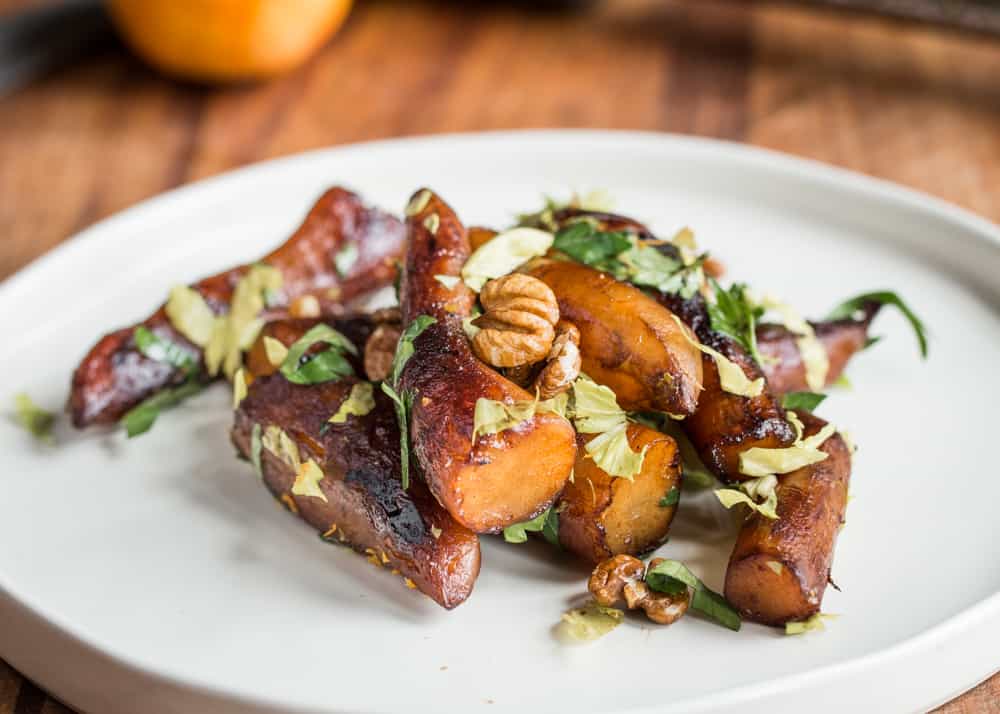 Jerusalem artichokes, fartichokes, sunroots, earth apples, or whatever you call them, people either seem to love them or hate them. I'm in the love camp, but I've also been cooking them for a long time, and they can be tricky, especially if they're knobby and full of dirt. This recipe though, this is a conversion-quality dish, and by that I mean if you already like them, this might be your new favorite recipe, and if you don't, it would be my best bet for having you come around to them.

Until I learned to glaze sunchokes from a friend of mine, glazing seemed like a silly, and uncreative method of cooking that relied on dumping sugar on vegetables and just applying heat. I remember one restaurant I worked at where we were taught to glaze those ubiquitous, bagged, widdled carrots with equal parts brown sugar and orange juice. Personally, anything cooked like that is lazy, and the amount of sugar is an insult to the vegetables.

The less sweeteners I cook with, the more I appreciate natural sweetness in things, and the more I can taste sugar in a dish. Vegetables all have natural sugars, but bringing them out can be a trick. I don't know where this particular method of glazing came from, or where my friend learned it, but it makes one of the most interesting glazed veggies I've had. The magic is in repeated deglazing, covering the pan for a minute, and then cooking the pan liquid down again, and repeating the process. If it sounds hard to understand, don't worry, they're a video at the end of the post. 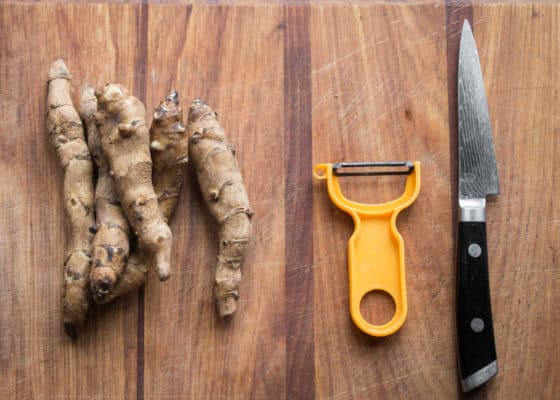 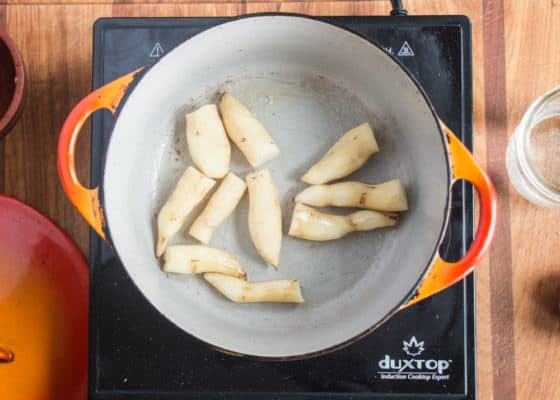 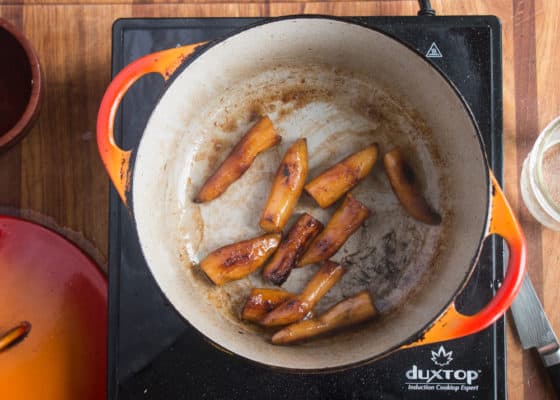 Deglaze, cook, repeat, until the chokes are glazed in their juices.

Gradually, the water absorbs some of the sunchoke's natural sugar (which they are pretty rich in) and natural caramel gets all over everything, without the addition of any sugar at all. In this recipe I do add a little birch syrup to the recipe for fun, but it's a far cry from the sugar of any other glaze I've seen, and you can abosolutely make it without any sweetener at all. 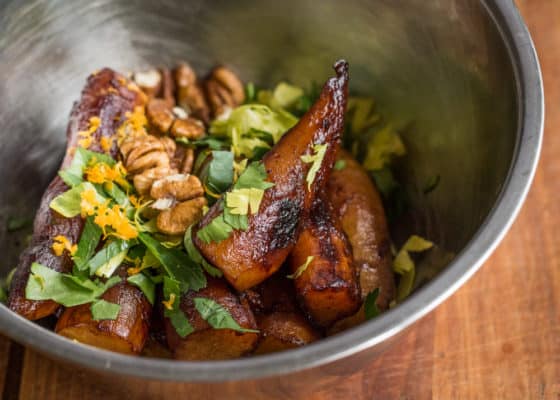 A few herbs, some hickory nuts and orange zest are a nice compliment.

What you end up with is a refined, deeply colored tuber with hints of sweetness that can nearly be a meal on it's own if you're a vegetarian, or a small plate, side dish, or compliment to just about any protein I could imagine. The glazed sunchokes are incredibly versatile, and, to sweeten the deal, they can, and should be made ahead.

These are all totally optional, but I wanted to show a way the sunchokes can be dressed up and made into a dish all by themselves. A little orange zest, parsley, tarragon, and celery leaf help gild the lily, and add color, but aren't truly necessary either.

If I had a nickel for every time I had to pick a roached (burned) sunchoke out of a line cook's pan, well, you get the idea. The only really tricky thing is that since you cover these, and there is a small amount of liquid, they will burn easily, so keep an eye on the pan. You want them deeply colored, but not burnt. 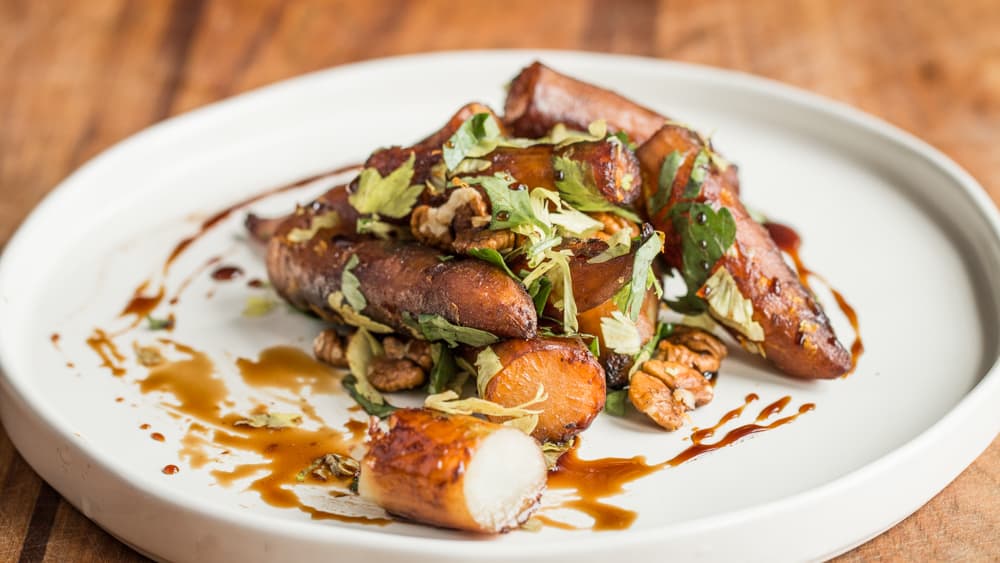 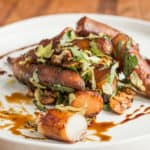